Quite frankly, I thought Character Options / Underground Toys stopped making Doctor Who figures once the cash cow that was Matt Smith left. Apparently we've gotten the token Doctor figure of the moment, but not much else in terms of action figures. This here is the Twelfth Doctor as he appears shortly after regeneration. I LOVED Peter Capaldi as the Twelfth Doctor. This figure does not do him justice. He was just so expressive, and this is just flat. 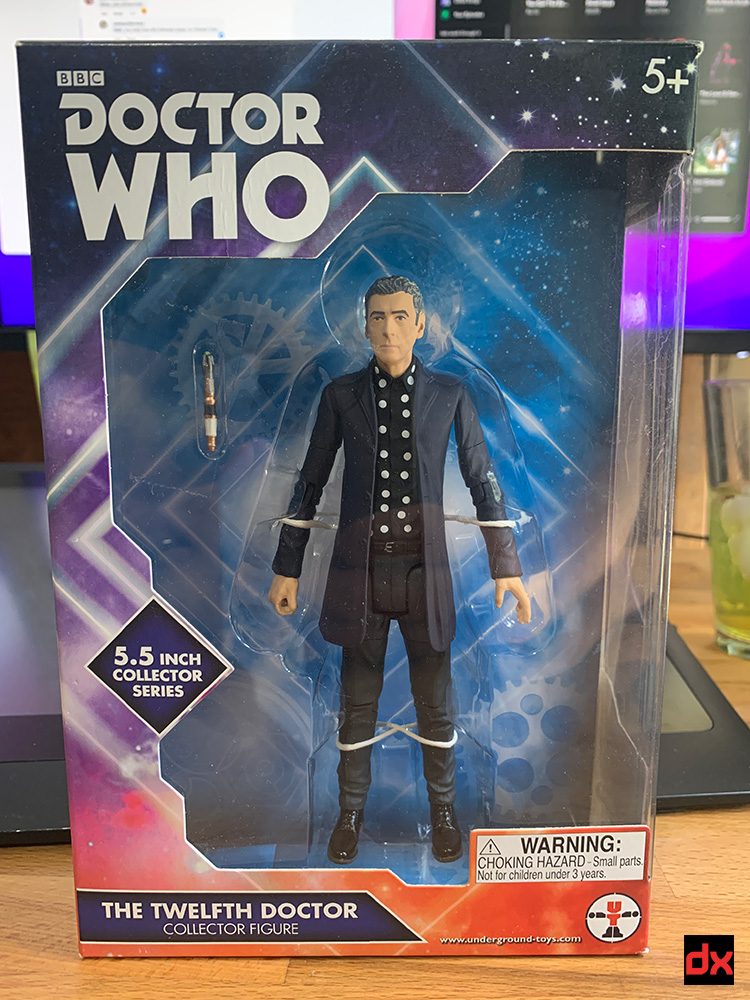 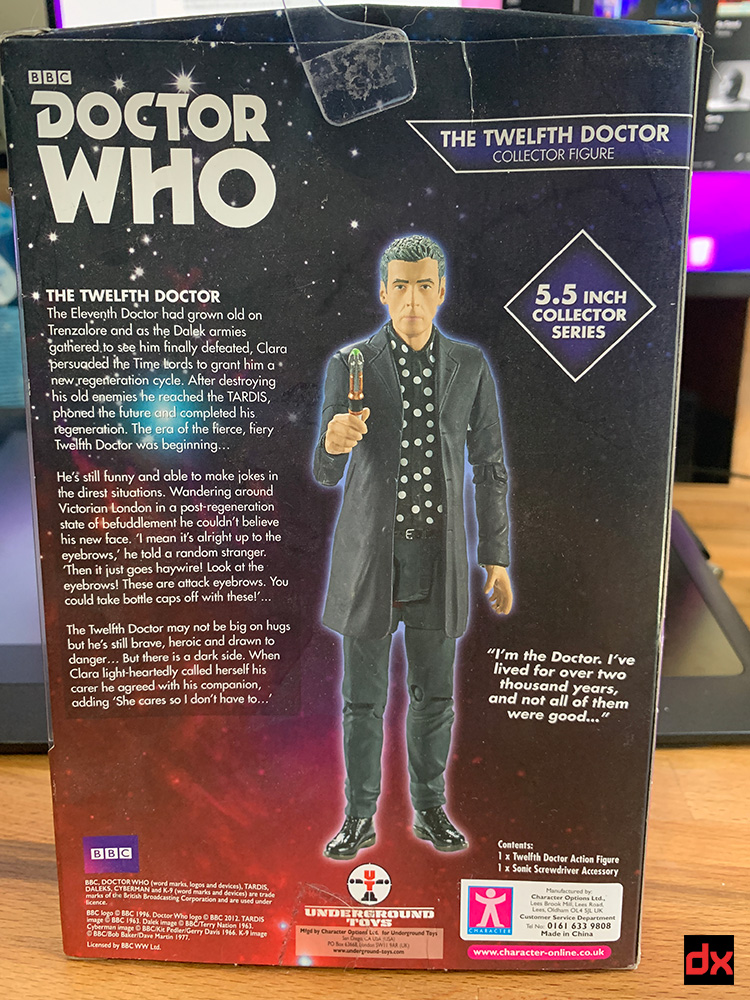 I will say this - the back of the boxes are much better than Hasbro's Black Series, Character Options doesn't cater to a bajillion markets, so no need of the flood of legalese that litters the back of hasbro boxes.

Here's the figure. It's okay. 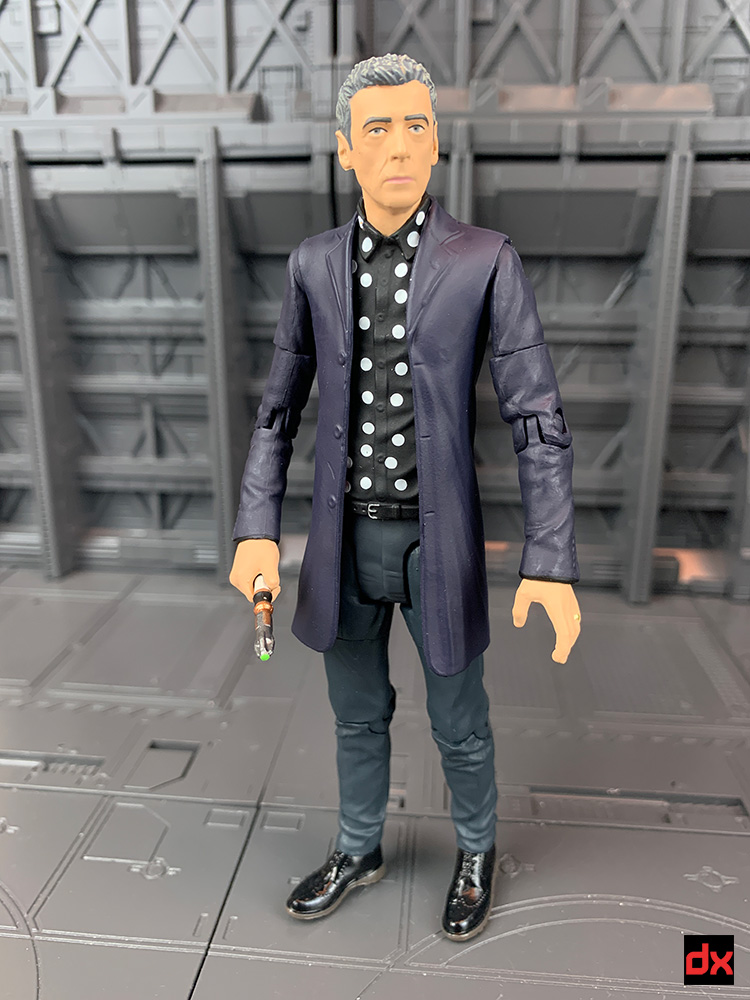 It's just not a refined figure. Paint, sculpt, jointwork, likeness - they are all average to below average. It's a shame because look at the detail on those boots! 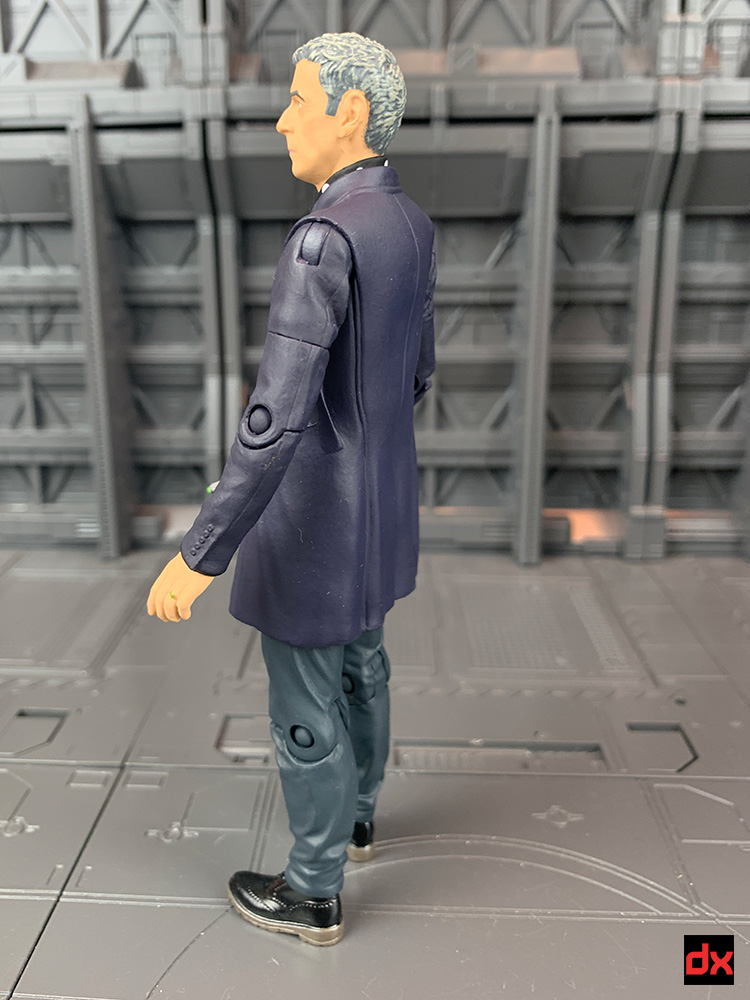 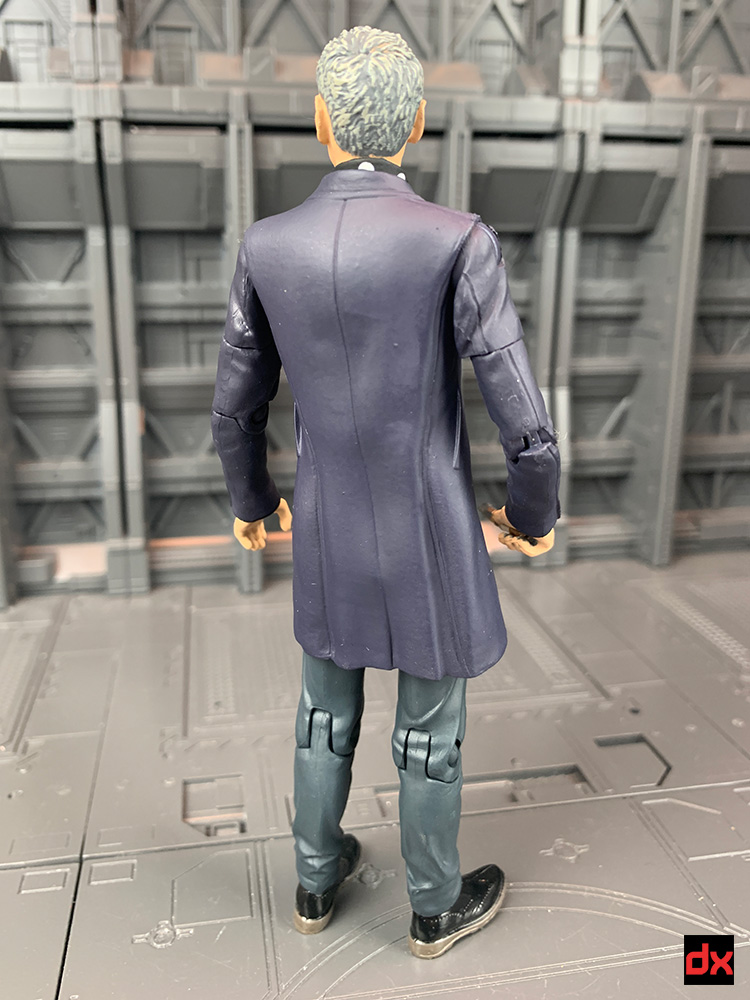 The jointwork is amateur and boring, the pins glaring and obvious. 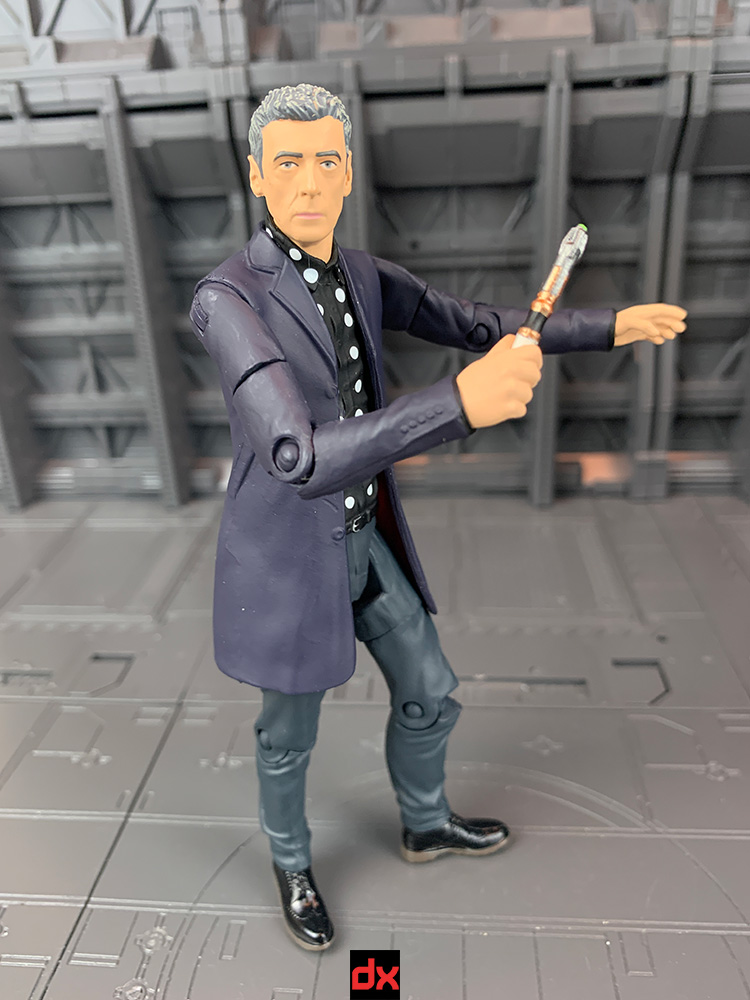 The likeness is ok, but also flat in expression. Have you seen the Twelfth Doctor? Has he EVER looked so bored? 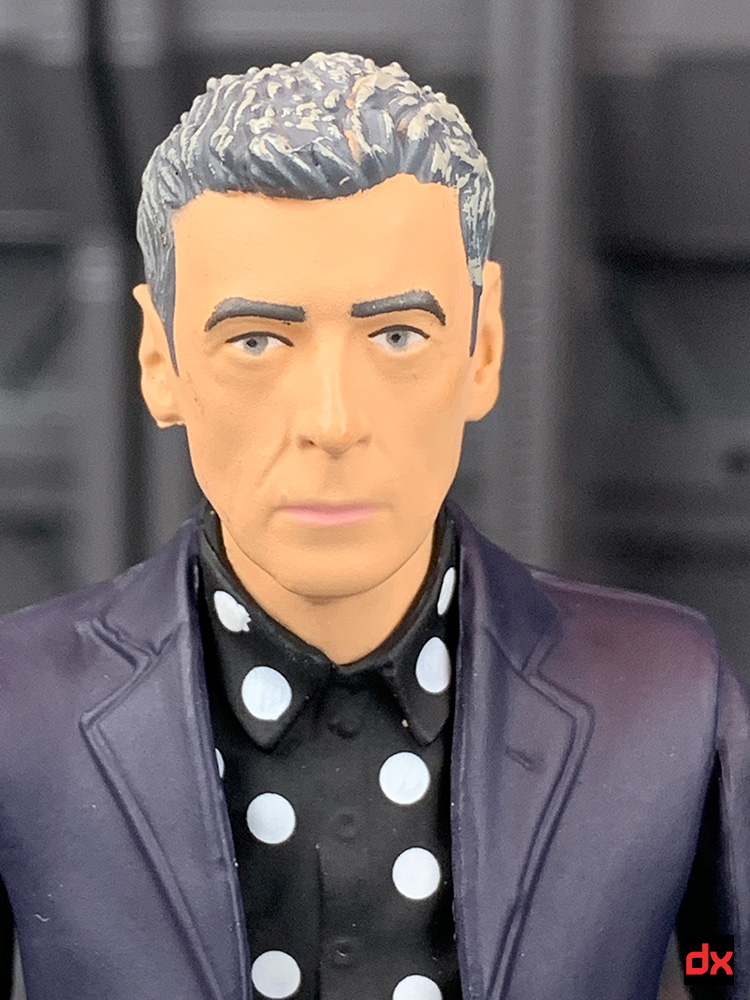 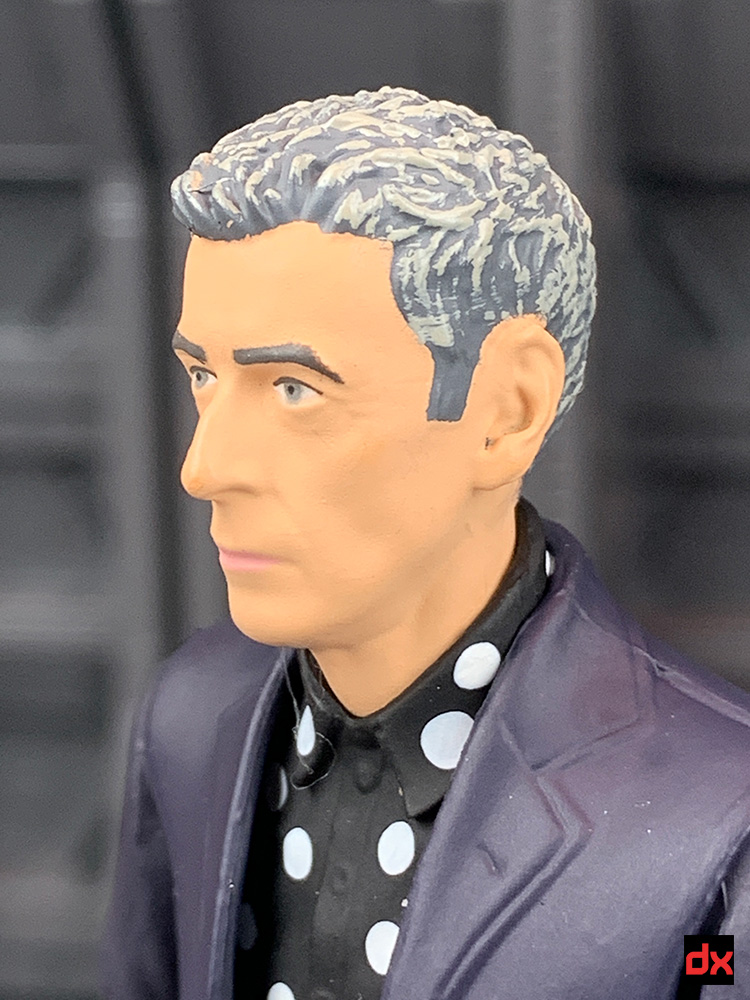 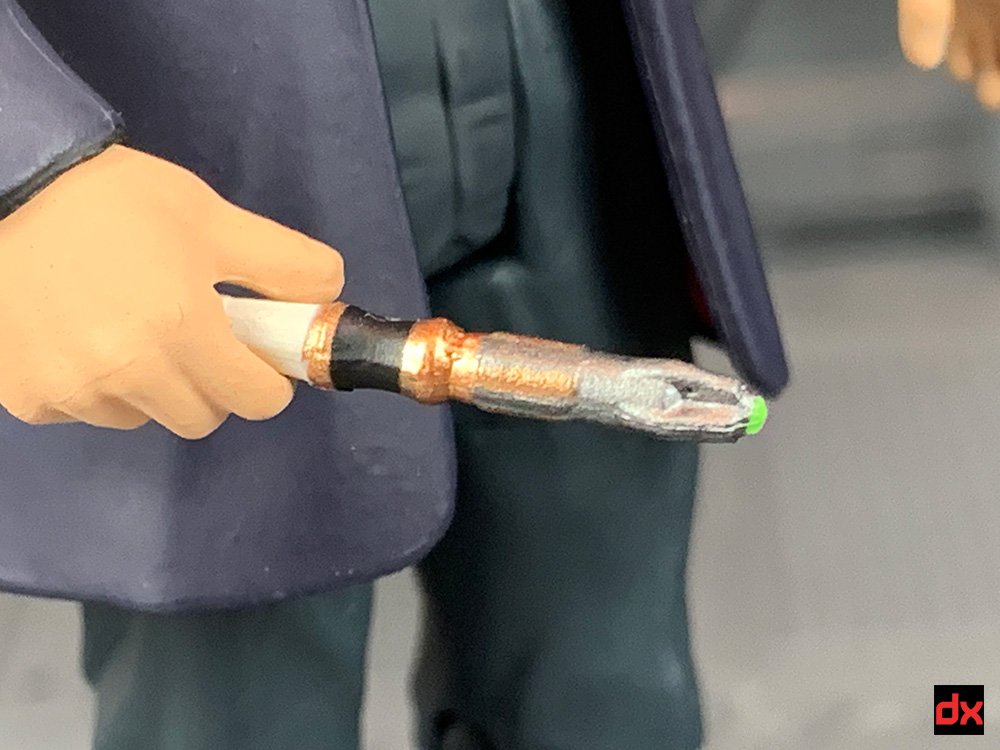 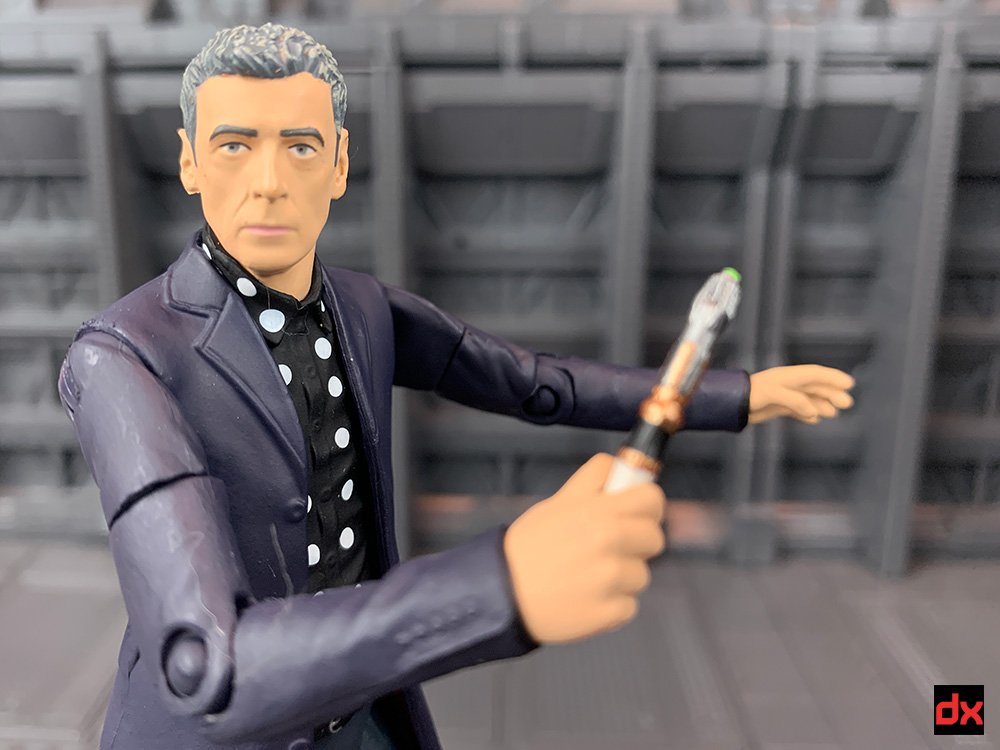 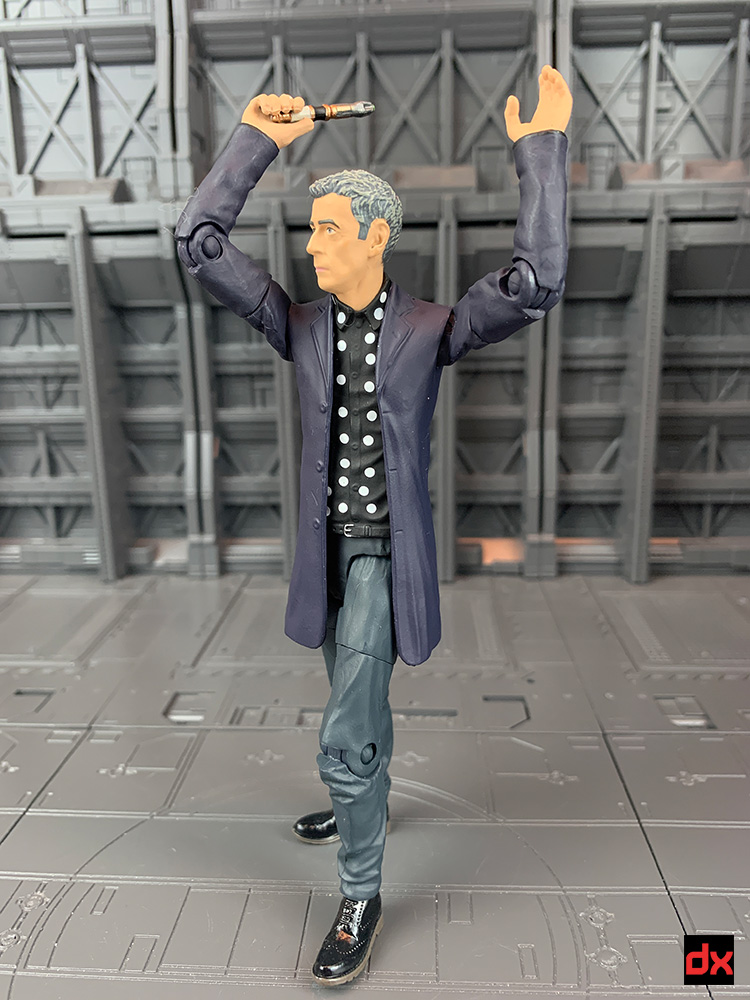