I already reviewed the Cyberverse Class Ultra Magnus here and loved it, so let's see if the Voyager can out-class his other self. See what I did there? 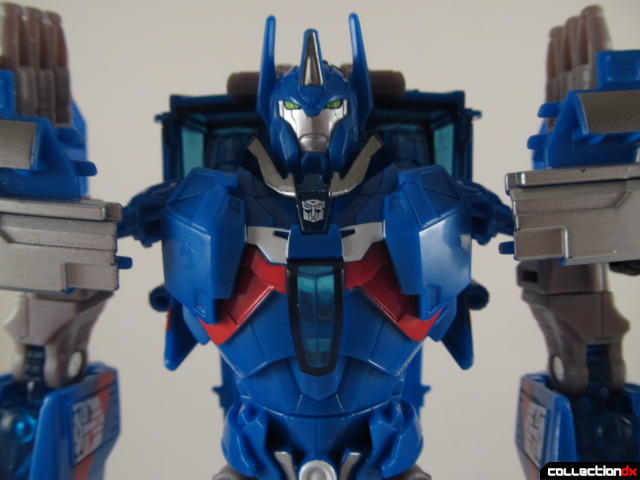 Right off the bat I noticed that the Voyager is basically just an enlarged version of the Cyberverse toy. I can't really complain because Cyberverse UM was excellent. He also has a surprisingly low amount of kibble, as his backpack hugs him tightly and only adds a little bulk. The bulk it adds helps to give Magnus a powerful bulkiness that I really like. 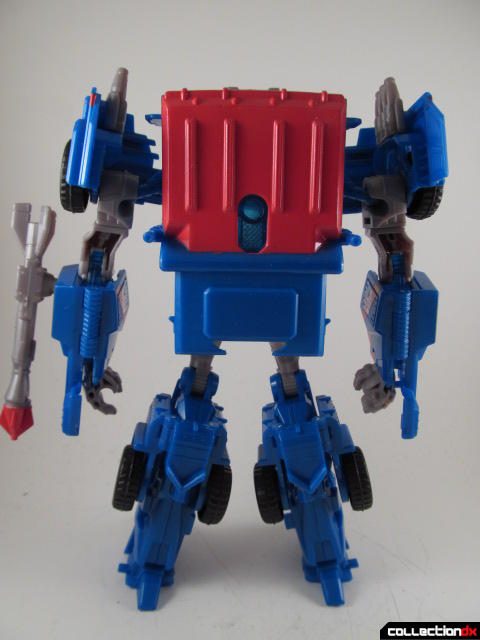 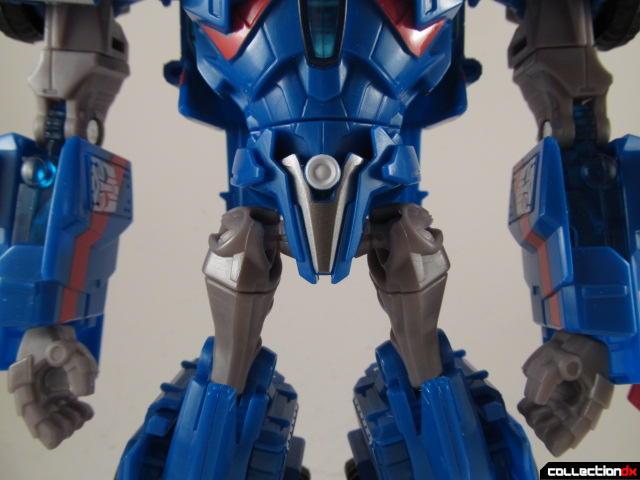 His colors look really nice. The best way I can describe them is that he looks like ice cream. I can totally picture myself getting an ice cream cone and finding Ultra Magnus in the middle of it. Don't fret, young ones, he still just tastes like plastic. 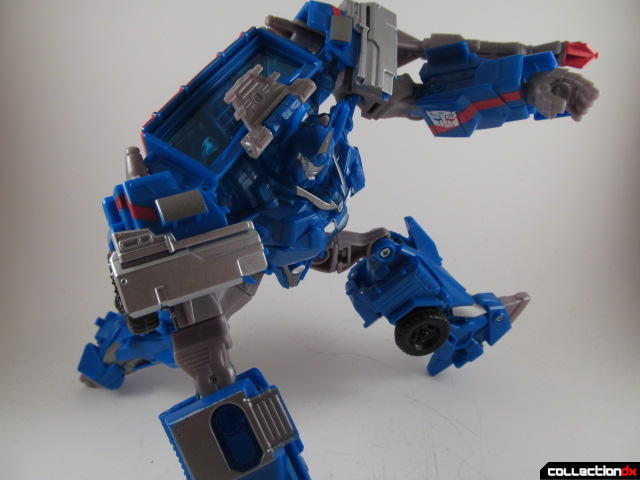 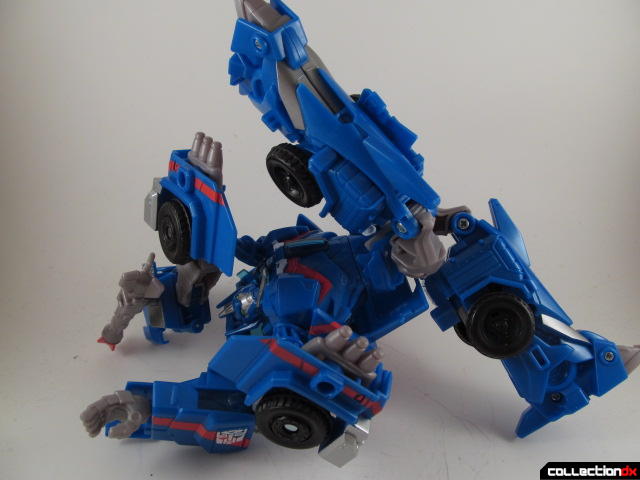 He has great articulation for a Transformer. The transformation means he has ball joints and swivels everywhere, and it makes posing him a dream. He did slightly fail the Iron Man poster test, but I can forgive him since he transforms into a truck. SPEAKING OF WHICH. 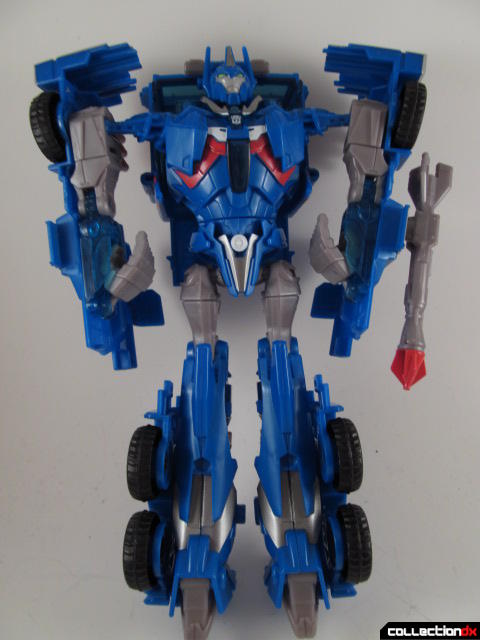 The transformation is simple yet effective. He pretty much just squishes down into his Alt Mode after a couple of panel sliding motions on the sides and calves. It's not too difficult, but it isn't so simple that it gets boring quickly. It's just a really great transformation that lends itself to being played with a lot. 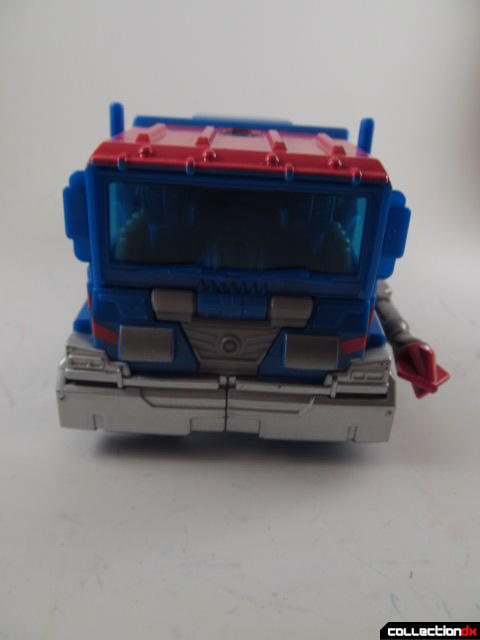 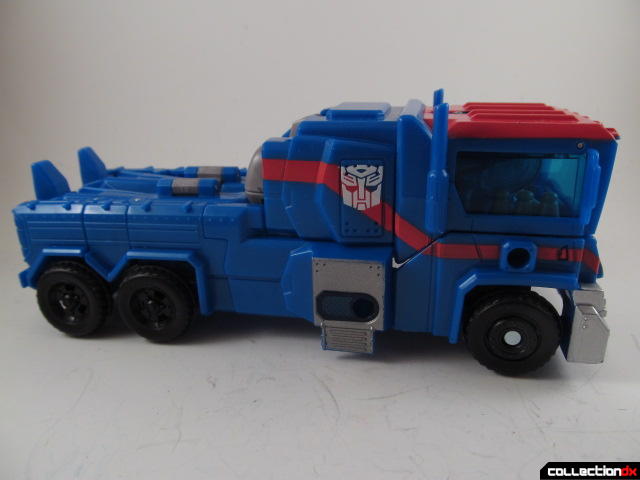 His alt mode looks really cool. There's not much I can really say here. It's a truck. WHAT ELSE DO YOU WANT FROM ME?! 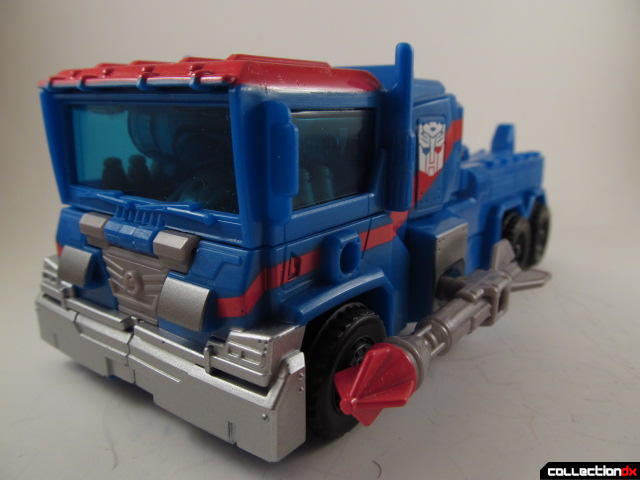 He comes with a missile thingy reminiscent of his G1 counterpart, although he only comes with one. I would really have liked to have two of those to pop into his shoulders and stuff. I will forgive it because he comes with a super sweet Mech-Tech weapon that is a GUNHAMMER. It's a cool gun. 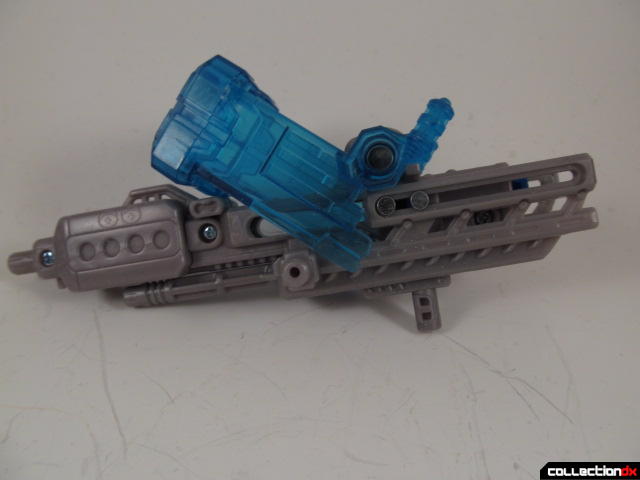 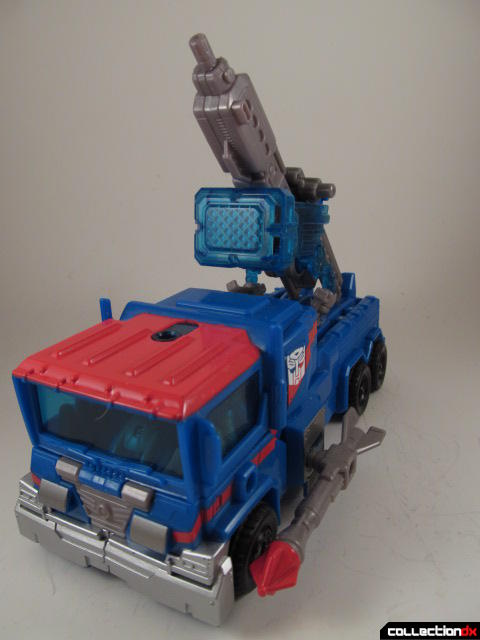 Then it locks into place as a HAMMER. A GLOWING HAMMER. 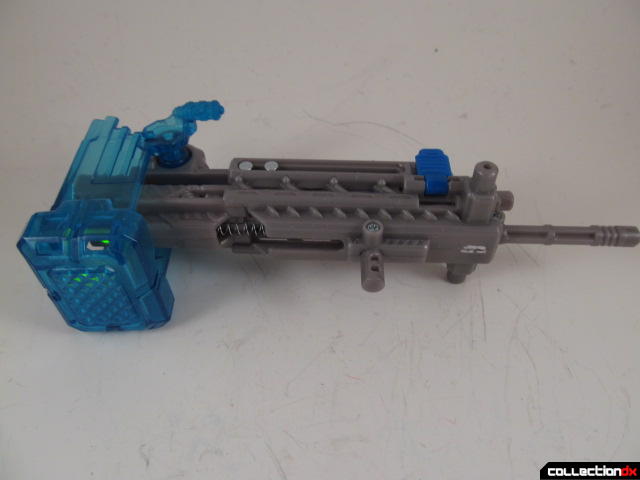 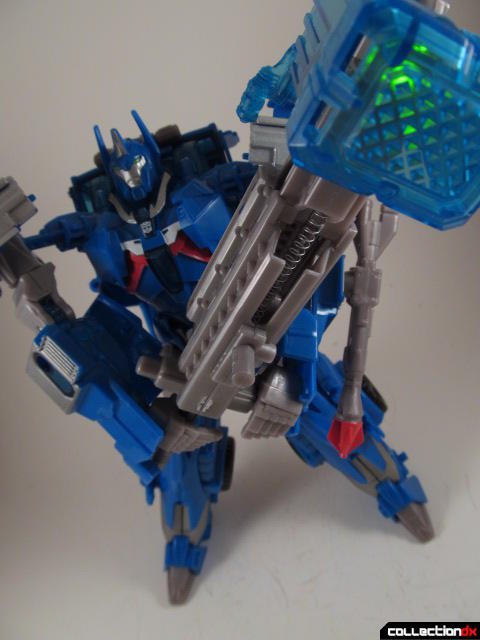 Oh man, he looks so cool when he's holding it if you can make him. The hammer is so heavy that the ball joints in the shoulders can't really support the weight. It's a real shame that he can't swing it above his head or anything, but he still looks cool with it dragging on the ground. 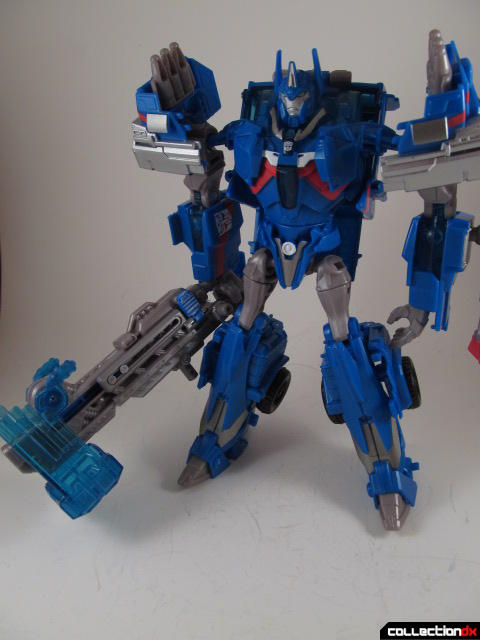 Voyager Class Ultra Magnus is a great transformer. He's not perfect, mind you, but he's definitely one of the best that they've released so far in the Transformers Prime line. At 25 bucks, he'll give you a huge amount of play time and is totally worth the cost. If you are a fan of Transformers Prime and ice cream, you owe it to yourself to pick him up. 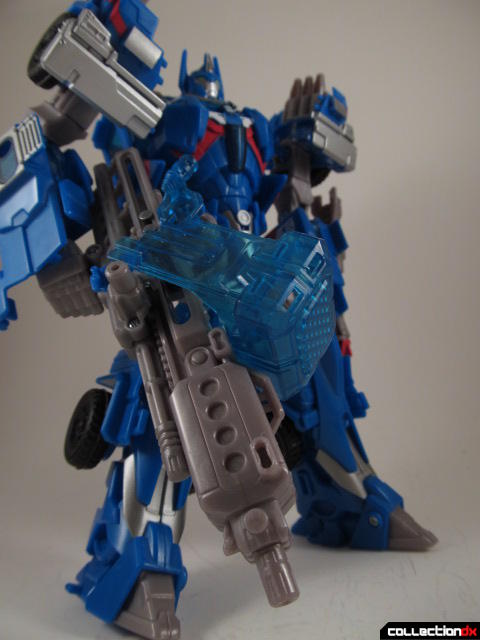 Nice review! I always appreciate any form of Ultramagnus other than 'white prime'.
But for this one, I kind of disappointed on the back kibble (still too visible) and the shoulder balljoint. Balljoint loosen quickly and then pop off. And shoulder is the most active articulation point, not to mention the hammer weight.

I KNOW, RIGHT?!? There's a small latch on the side that grips into place really nicely.

How does he size up next to Voyager Prime?

Jmann, you can pop off both of his arms at the shoulder ball joint and add some nail polish or super glue. That should tighten up those joints.

I didn't even think about that! Thanks, man! I'll have to give it a try and see if he can BRING THE HAMMER DOWN in a more upward fashion.

I would love to see if he can hold the hammer while resting it on his shoulder.

I guess that you will pleased to learn that there is a listing for a Prime: Beast Hunters Weaponizer/Leader Ultra Magnus, too. Due out next year.