The Ultimate Legendary Megazord was brought to you by MEGA Bloks!

Alright guys, so it's no secret that I love Power Rangers. It's also no secret that I'm not exactly the target audience or market for most of the merchandise available. However, most people don't know that I have a nephew who IS the target audience and market for the merchandise. And he LOVES Power Rangers almost as much as I do.

So, seeing as how this is a review of a construction set aimed for kids (and their parents) I decided to get William involved to see how he liked it. The following is our experience:

Check out the video review for full effect!

Alright, so William was super excited to get his hands on the Ultimate Legendary Megazord. He was a little confused because it hasn't appeared in the show yet, but he quickly warmed up to the idea of having a toy before anyone else saw it.

The actual construction of the kit was interesting. It only took about 45 minutes or so, but that was also with William wandering off to roll around in the floor or address the camera while I toiled away in the sweat shop of plastic bricks.

Still, he found time to help out, and it was fun spending time with him! 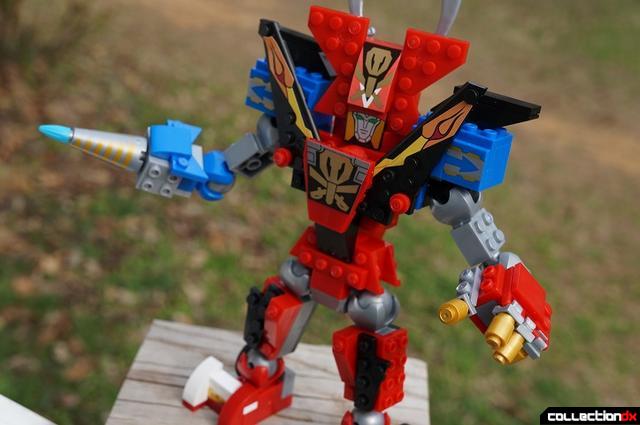 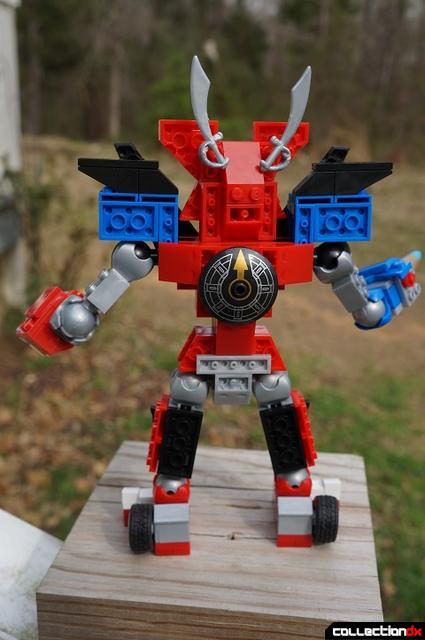 The finished piece is really something! 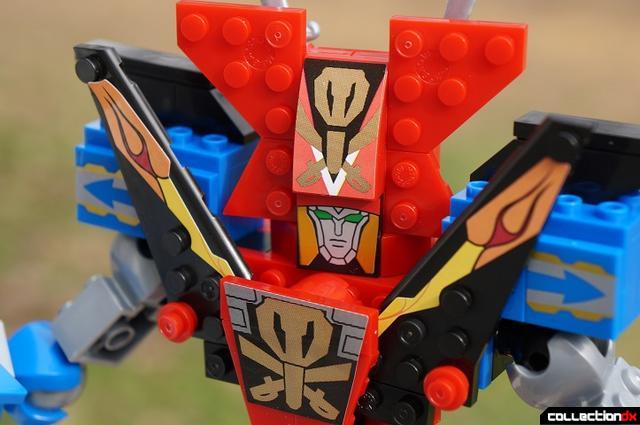 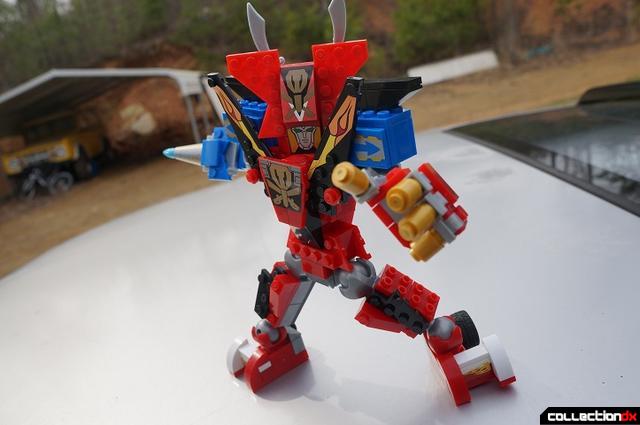 The stickers make everything stand out, and the big balljoints add a lot of decent articulation. 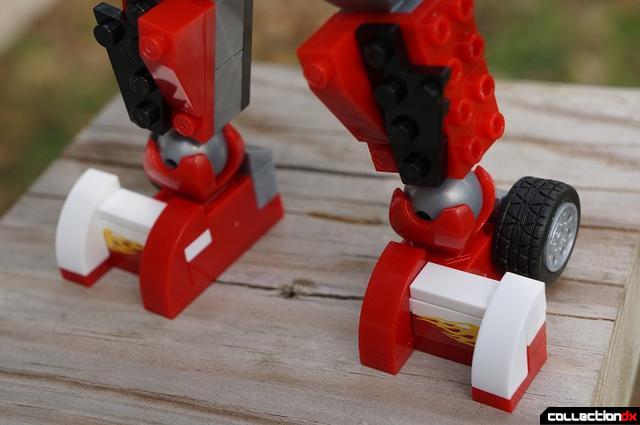 I should also point out that I put the stickers on the feet on backwards. Normally that would be something I would blame on the seven year-old but it was totally my fault. 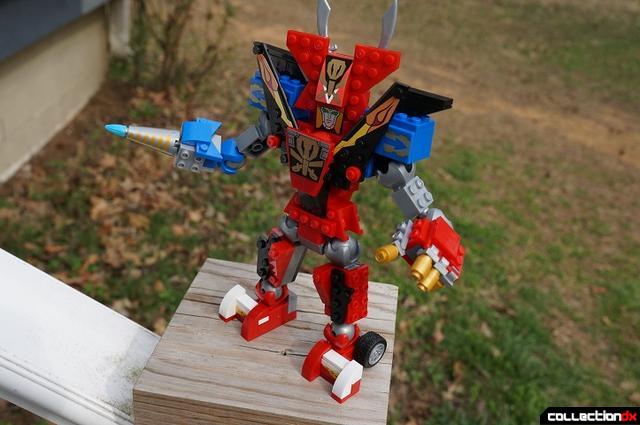 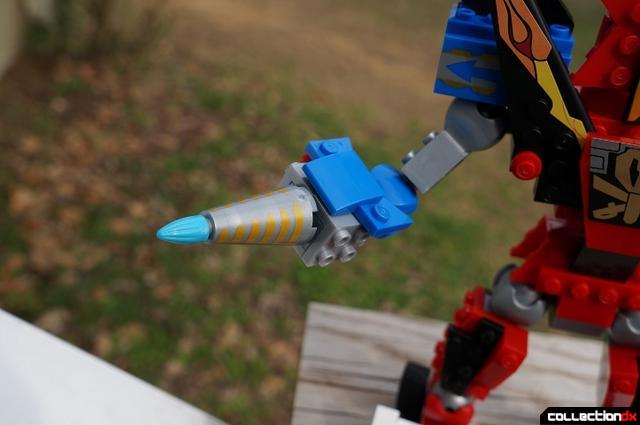 William and I had a really great time playing with this thing outside. He turned the feet around backwards so the wheels would touch the ground. Then he pretended that it was skating around and going SUPER FAST. 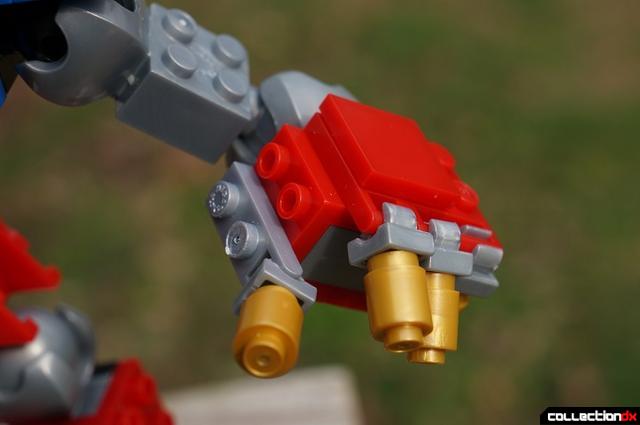 He also attached the back wheel to a hand so it could use it as a shield. This kid knows how to play with toys. 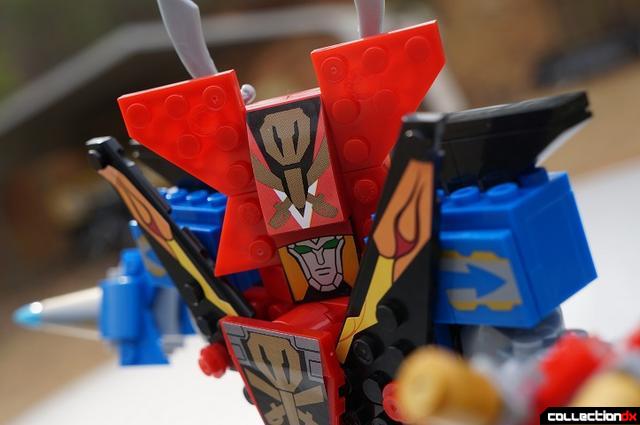 Overall, the Ultimate Legendary Megazord is a great set and well worth it, especially if you have a kid. This gave me an excuse to hang out with my nephew, because I don't get to see him as often as I'd like. MEGA Bloks made something here that is great for family fun, and I can't recommend it enough.

I mean, just look at the fun he's having. 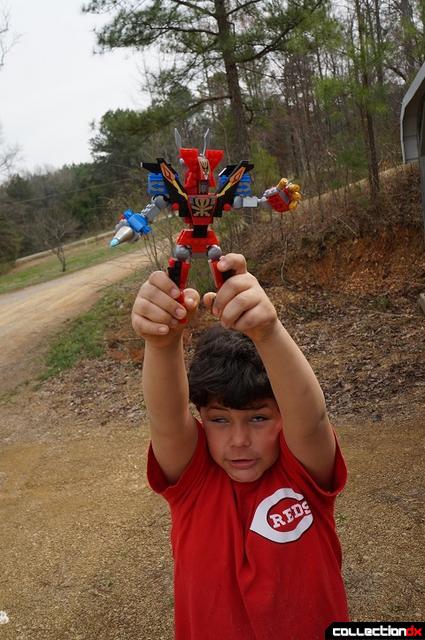