Finally, we come to the last piece in the series, vehicle number 5, the Battle Craft. As I'm sure you can guess, the Battle Craft forms the feet of Combattler in the final combined form. As a vehicle, I really like the look of it. I'm not sure exactly what to compare it to but it has a great classic sci-fi sort of look to it. I can totally imagine a vehicle like this on the cover of an old 1940s pulp magazine or something. And naturally, like any good Shogun Warrior toy, there is a firing mechanism. The chrome drills launch when you press the white buttons on the cockpit canopies. 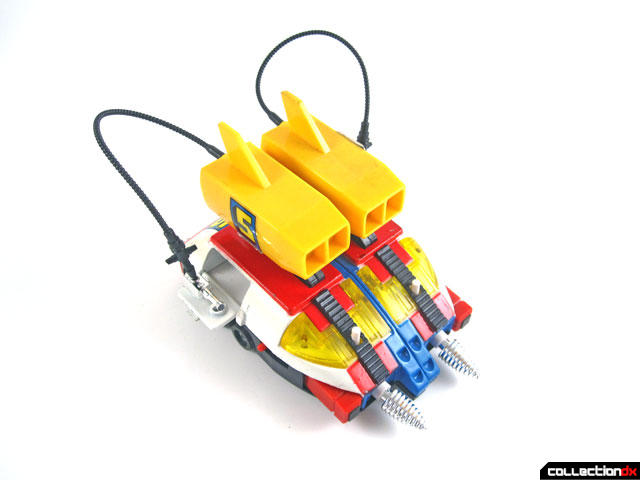 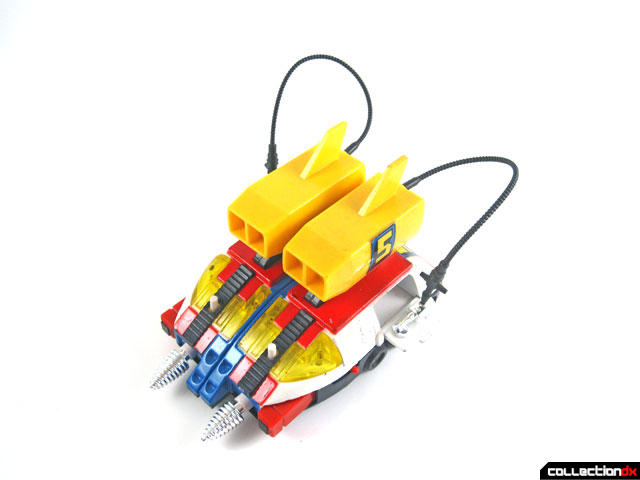 Another reason I like it (and I think this is something that might need to be added to our "fetish" field) is that it has two plastic wires/hoses ("power coils") that can be attached to it. I think it might be a remnant of my younger days collecting G.I.Joe when I loved characters like Flash and the Techno-Viper, but I've long been a fan of toys that have hoses on them. 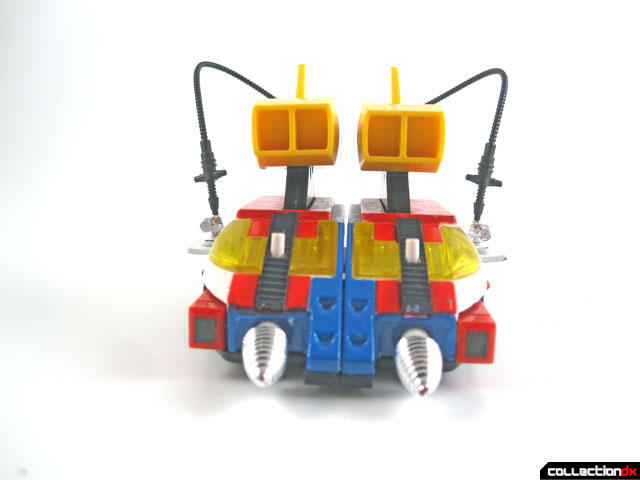 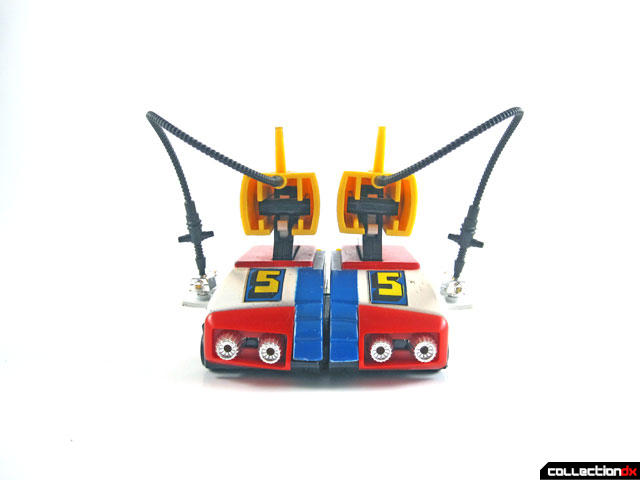 Although the power coils are not depicted on the box, the instructions shows that you can connect them in several places, including the laser guns, the power packs and the rear exhaust ports. The only problem is that they always pop out. They are fine if the toy is just left on display but actually playing with it might be annoying. 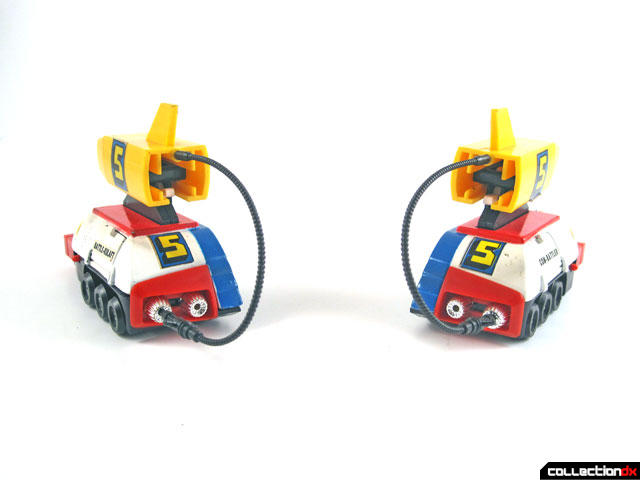 Oops, I think I just gave away one of the other gimmicks! But I think you already knew that this vehicle was able to separate into two different vehicles because it must do so in order to later form Combattler's feet. 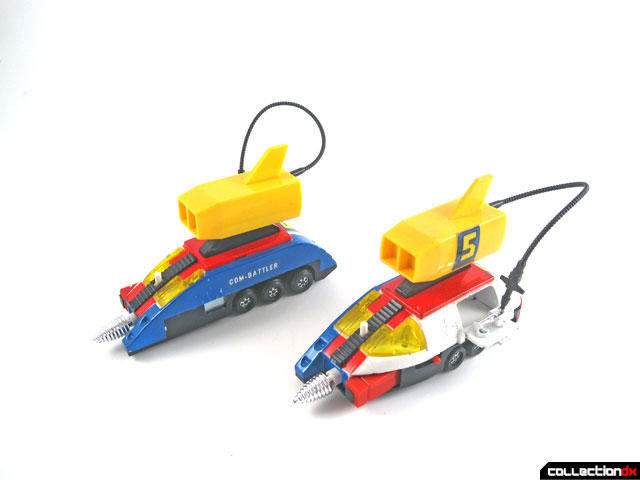 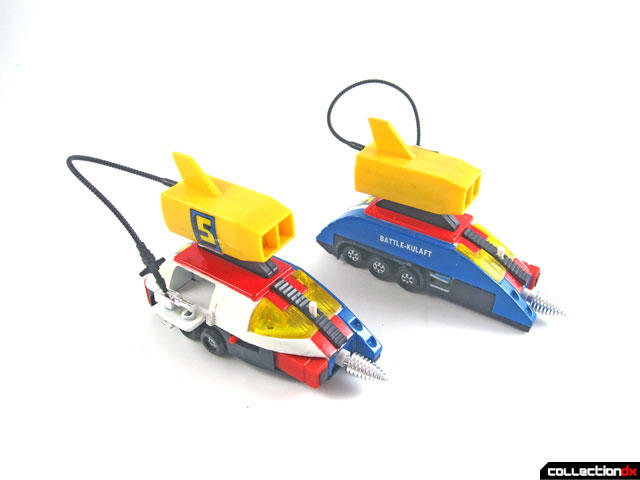 You can see some Engrish ("Kulaft" instead of "Craft") on the interior of the vehicle that will become the left foot. 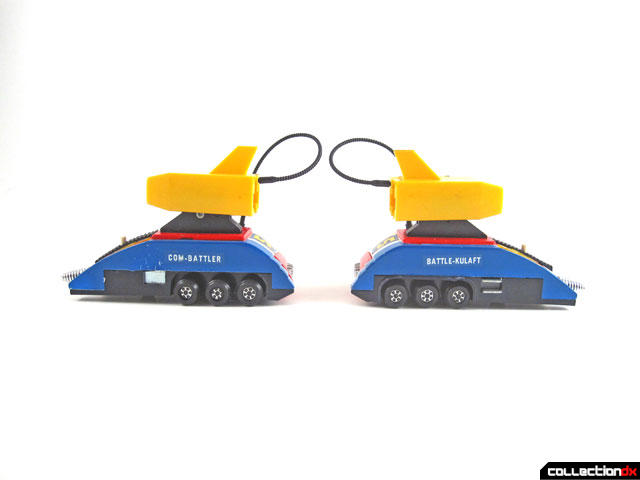 You can also see how they stick together by way of magnets. The magnets are strong enough to hold the vehicles together when the Battle Craft is tipped on it's side, but comes apart easily. Also, each vehicle has a "magnetized arm lever" that can slide in and out of the side. It's a subtle thing that I didn't even notice until sitting down to write this review. In the following pics, pay close attention to the red lever's position to see the change. 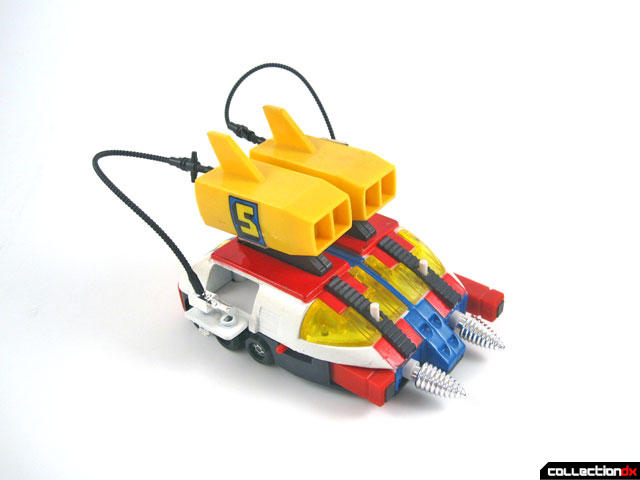 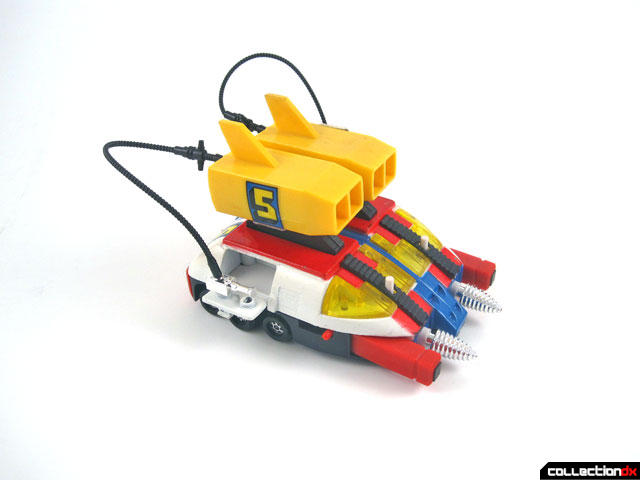 I'm not totally sure what the point of this is but you can position each vehicle facing each other than they'll stick together a bit because of it. Maybe it's some kind of defensive position? I doubt it but there it is. 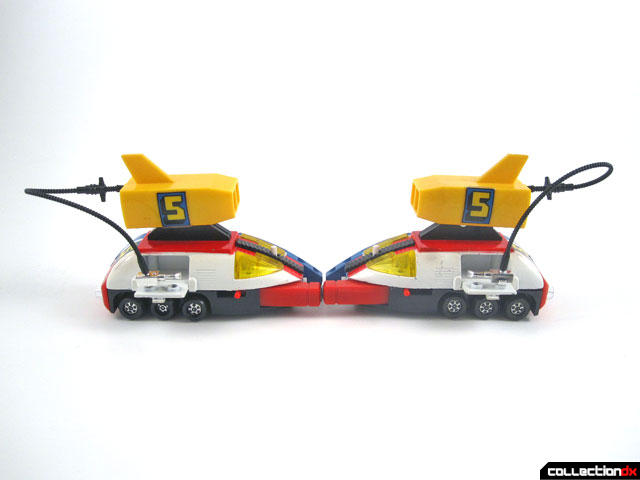 One thing that I haven't really focused on too much in earlier reviews is how many of the toy fetishes this series hits on! In addition to the magnemo features here, most of the vehicles have some features like chromed parts (here the missiles and cannons) or clear parts (usually cockpit canopies). Add the fact that the whole thing is a combiner and it's really got a lot to attract collectors.

Speaking of combining, I guess it's time to get this thing ready to do it's job! To prepare to combine with all the other vehicles, you need to remove the power coils and power packs by sliding them forward and then close the side doors. 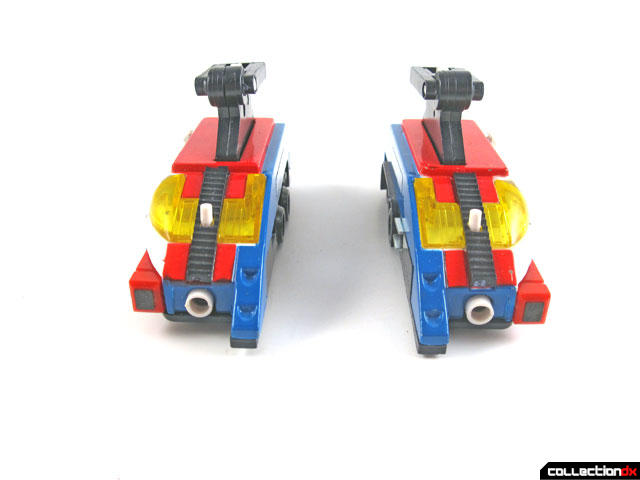 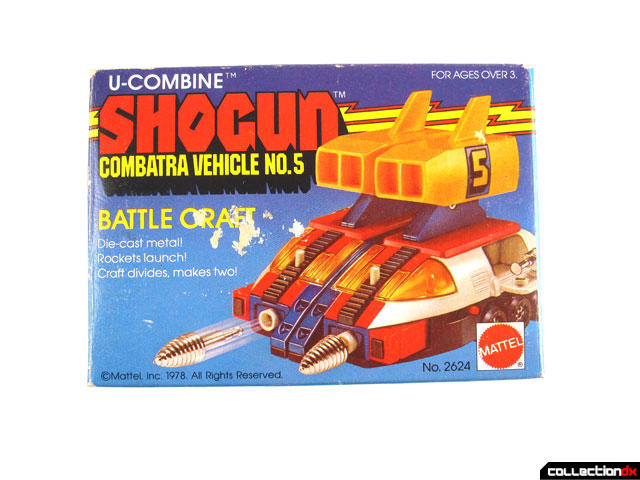 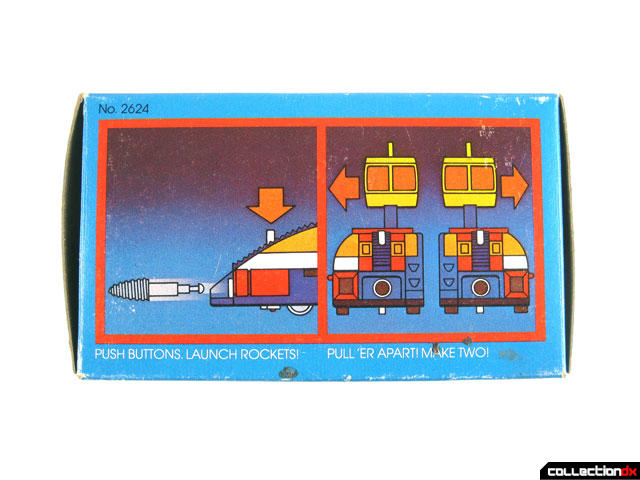 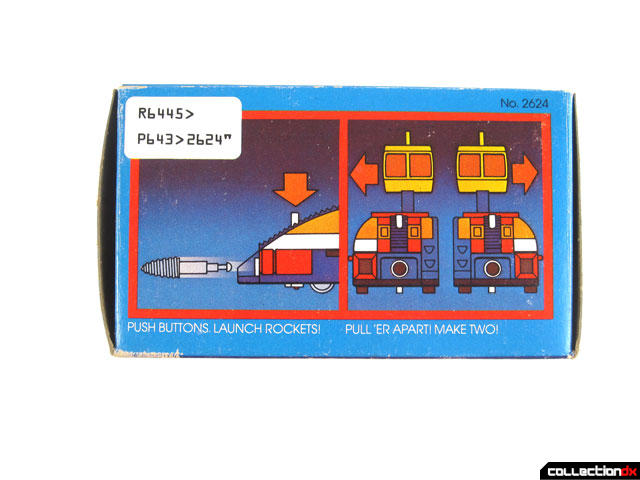 Up next, the DX set and combination!

Arrrgh! Left hanging on the combination! I can't wait to see how this toy combines together! LOL
Seriously, Dave, this set of reviews had been great. I never had any versions of Shogun Warriors Combattra, and I like the box art on these. Very toy-ish, as opposed to the typical, darker, techy POPY look.