This was Diamond Select's first try at a Tron figure, based on his appearance in the Kingdom Hearts video game. It's not a good figure, and these quickly went on clearance at Gamestop (where this was an exclusive). 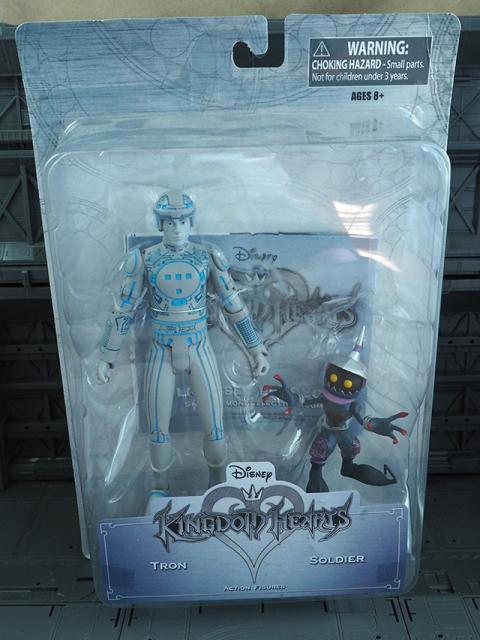 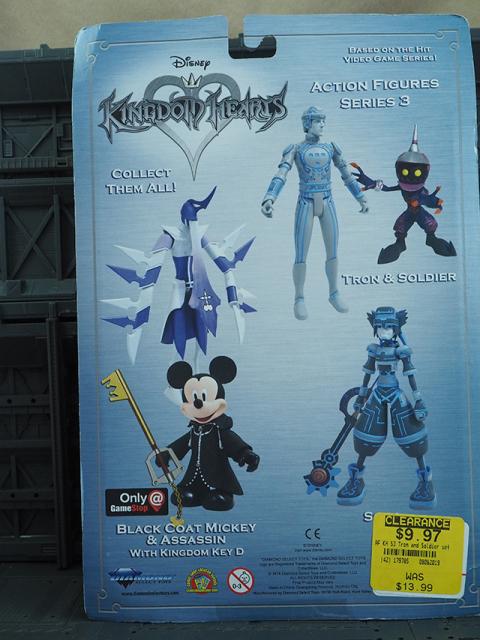 First let's look at the "Soldier" figure. I have no idea who this is, but he's a nicely sculpted little figure, with the only points of articulation being the head and shoulders. 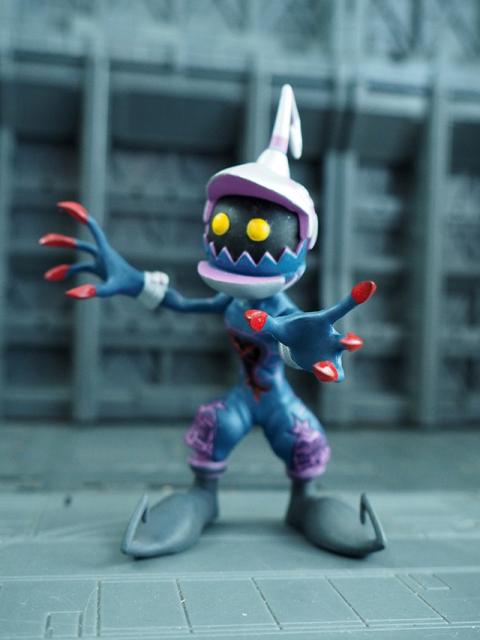 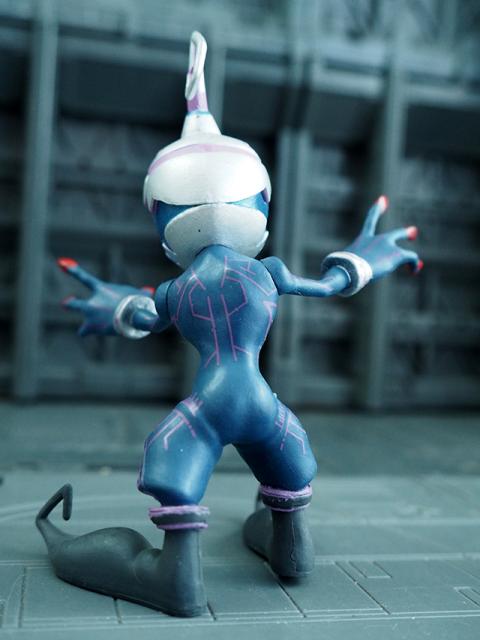 We really just bought this for the Tron figure. It's a much simpler figure than the regular release that came later. For a short minute, this was the only 6-inch scale tron figure on the market, but it was quickly surpassed by the marginally superior Diamond Select TRON line figure. But this isn't a terrible figure, but it could have been better. 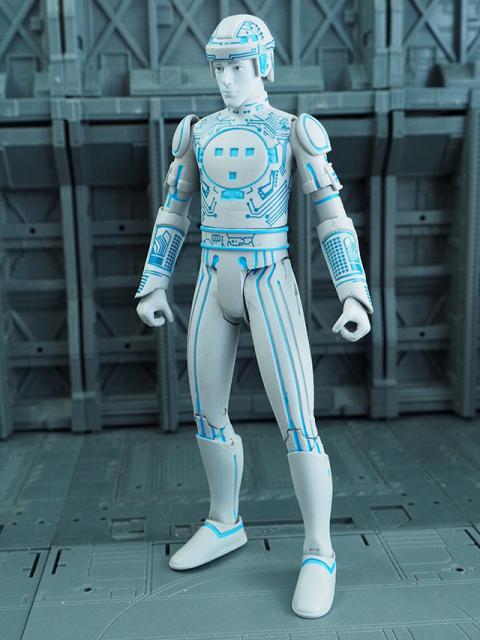 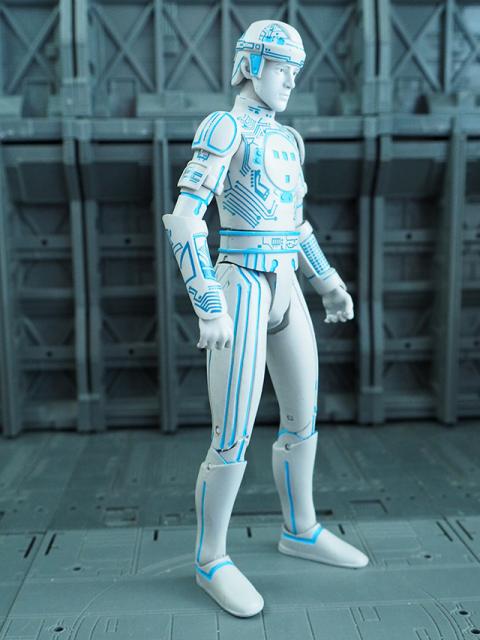 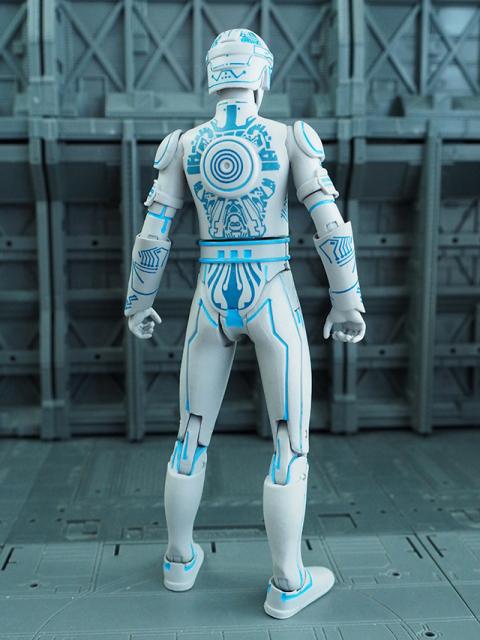 As you can see, it's missing some key articulation. there's no abdomen joint and no swivel thighs. It's about 1/2 an inch shorter than the other figure, and the color is darker. I can forgive the color as it's meant to mimick Tron's appearance in Kingdom Hearts as opposed to the movie. The detailing however is deeper and richer than in the latter version.

What articulation there is is servicable. 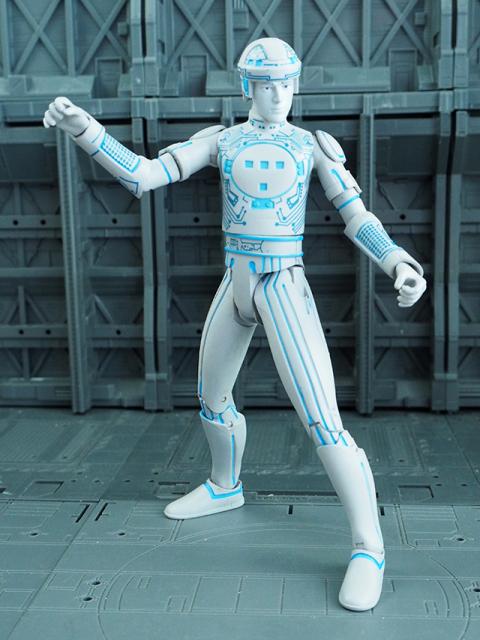 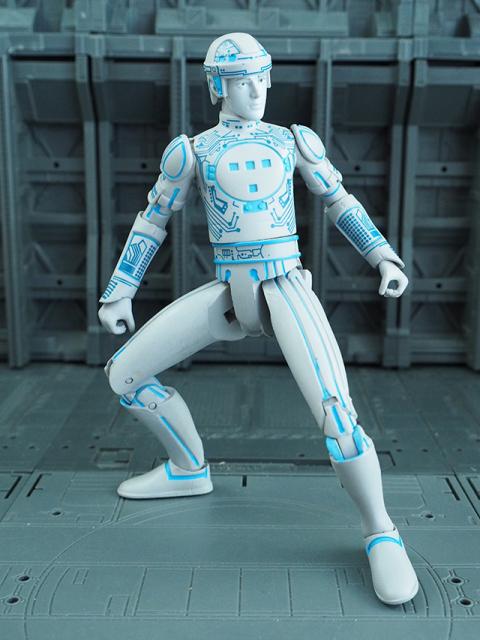 However, what is up with those ugly-ass hip joints? There's no excuse for this crap in this day and age. 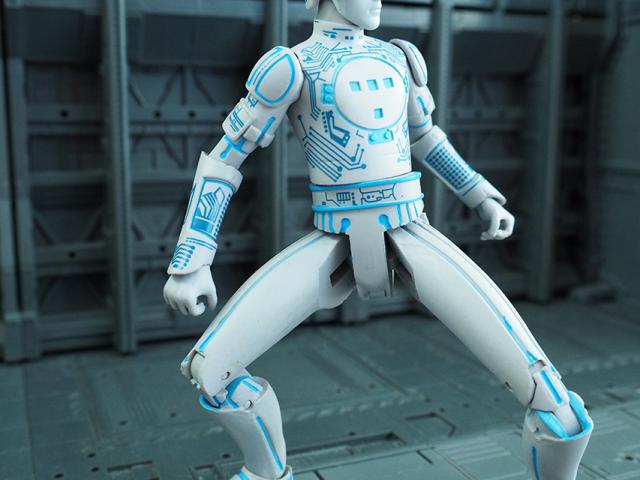 Like all Diamond Select, there are some QC issues. Note the paint omission on the hip joint. 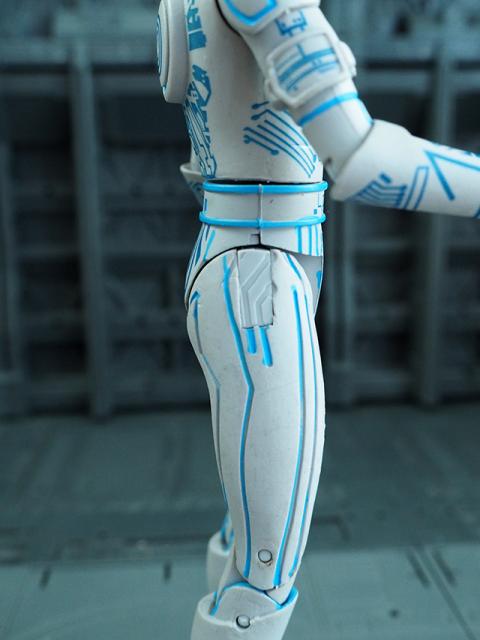 It's a nice enough figure to sit on the shelf, but if you want to go for a Tron figure, go for the better proper Diamond Select release. 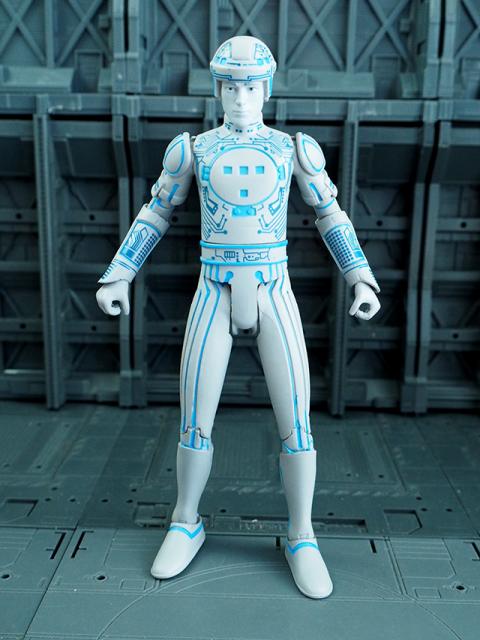 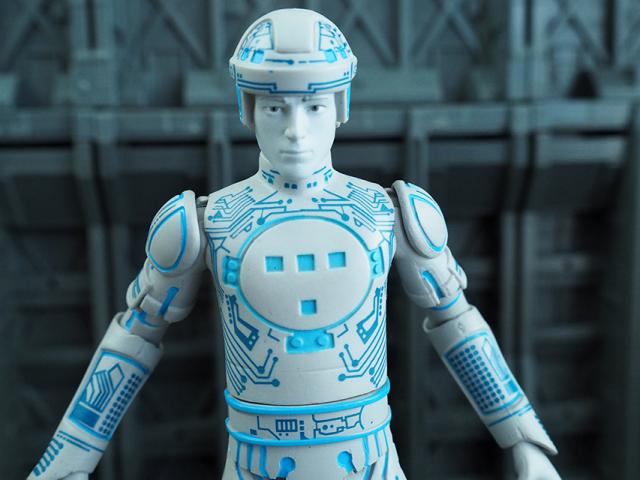 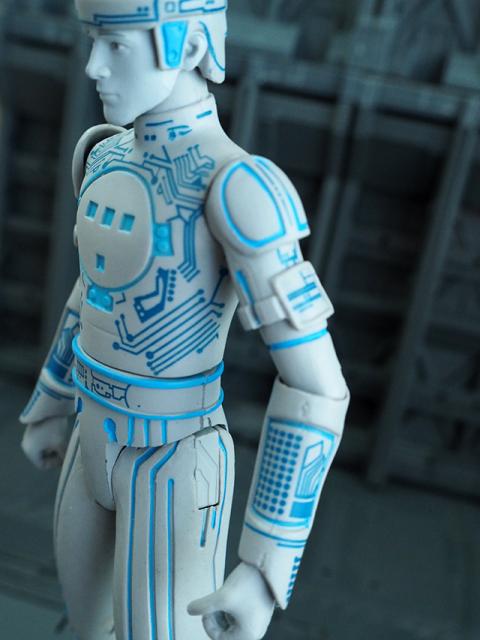 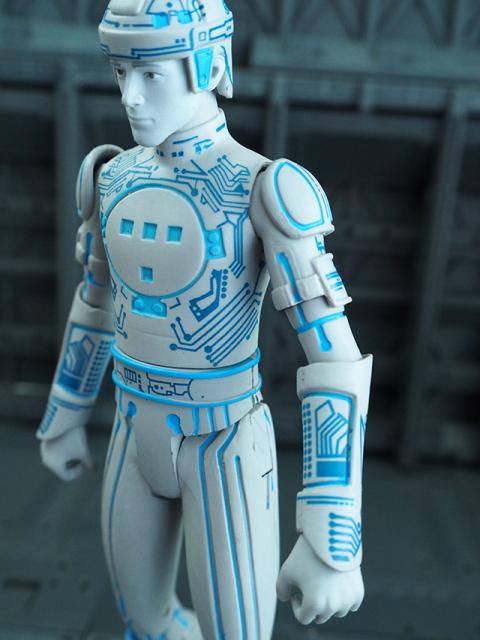 Pretty sure the paint omission on the hip joints is on every single one of that Kingdom Hearts Tron figure released. I too noticed that on every one I looked at when I was looking over the figure at Gamestop last year. Reason for it may be that the plastic used for the hip joint is unpaintable. Transformers toys encounter this problem sometimes when they need to use a specific type of durable plastic for an area of a toy that will experience stress and need to be somewhat flexible: