Tron is one of my favorite movies ever. It was such a formative movment in my childhood. So whenever new figures are announced, I get very excited, as was the case with these. However, that excitement is tempered with the words "Diamond Select".

Diamond is the biggest (and only?) comics distributor in the US. If you want to get your merch distributed to comic stores, this is the way. But somewhere along the line they went from not just being a distributor, but a manufacturer. Their 6" line, Diamond Select, competes with other 6" collector lines like Marvel Legends, but never quite as good. Diamond Select always seems to narrowly miss the mark on every aspect - quality, articulation and sculpt. It's incredibly frustrating as one of the great things about them is that sometimes they pick up some great licenses.

These Tron figures (Tron, Flynn, Sark) were announced with two versions. The direct market version was to include the figure, effect parts, and a build-a-figure part for a large Recognizer. Then there was a Walgreens version, which just had the figure, with Flynn having an alternate color scheme. Well, they decided to remove the Recognizer parts, so the only real difference is the effect parts. If those don't matter to you, go for the cheaper Walgreens version (which also hit the market sooner).

What you are looking at below is the Walgreens version of Tron. He comes packaged in a much-too-large box, and includes his disc and a stand. 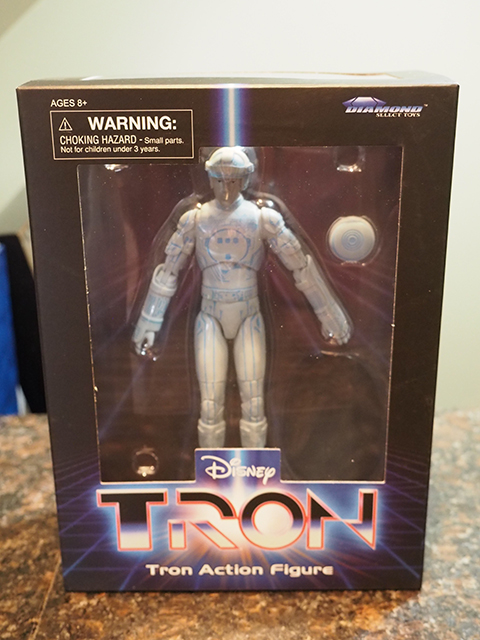 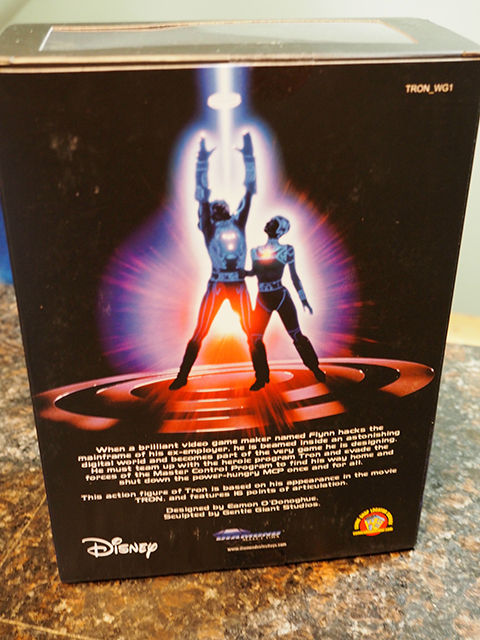 All three figures have the same packaging.

On the surface, Tron looks like a good figure. Great paint and many points of articulation. Some of the joints are stuck out of the box and require heat to get them to loosten up. 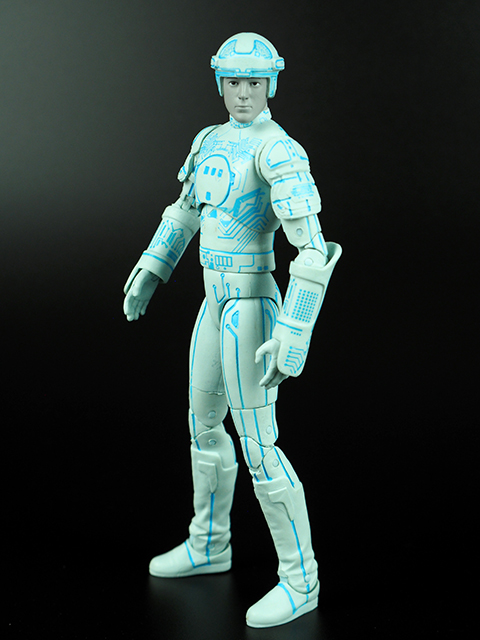 The memory disc attaches to Tron's back via a peg, but it's very loose and basically does not stay in. 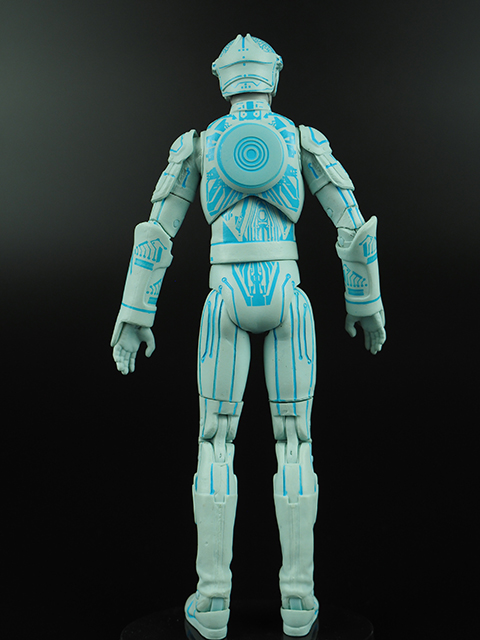 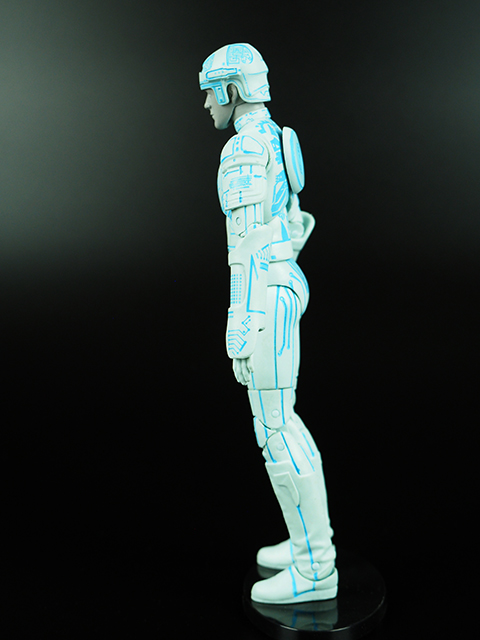 He doesn't pose well, despite all the joints. I think it's the stiff ankles that makes it want to lean forward. The stand is useless, the peg does not stay in the foot.

Notice in the picture below the disc is upside down. This is because HE CANNOT HOLD HIS DISC. There's no friction, no peg, nothing, to hold his iconic accessory. 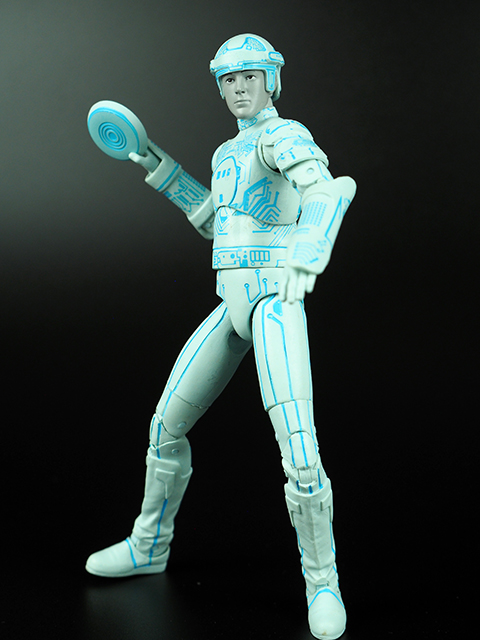 He also cannot do THE ONE POSE you want him to be able to do. You know, the one pictured on the box, and on on the movie posters, the DVD cover etc. It's one thing if you have a figure with 5 points of articulation, I understand the posing is limited. However when you have 30 points of articulation, it's unacceptable to not be able to do the ONE THING it's supposed to do. 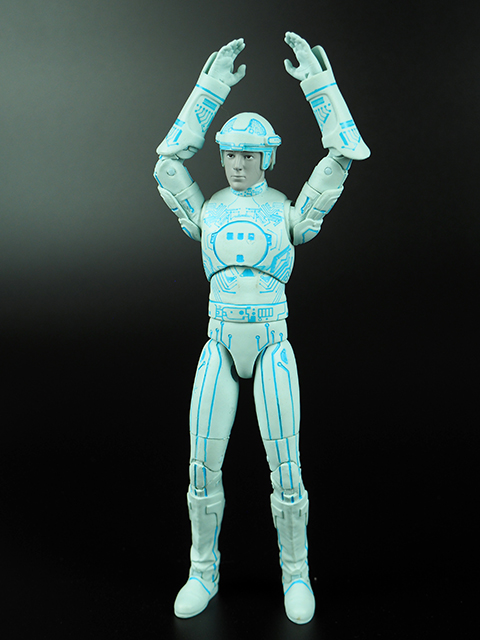 If you look at this pose wrong, the disc falls down. 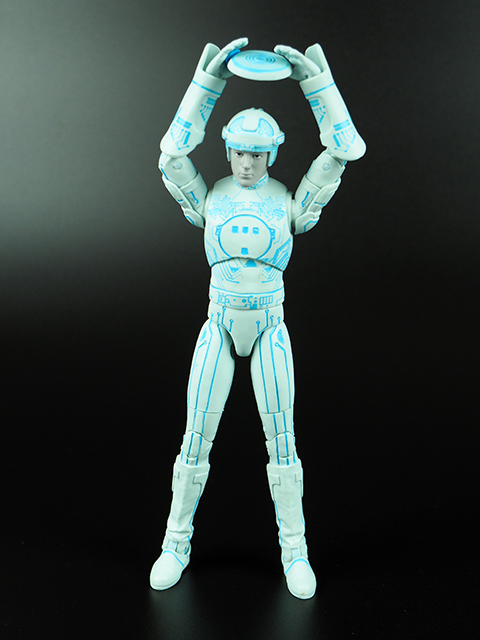 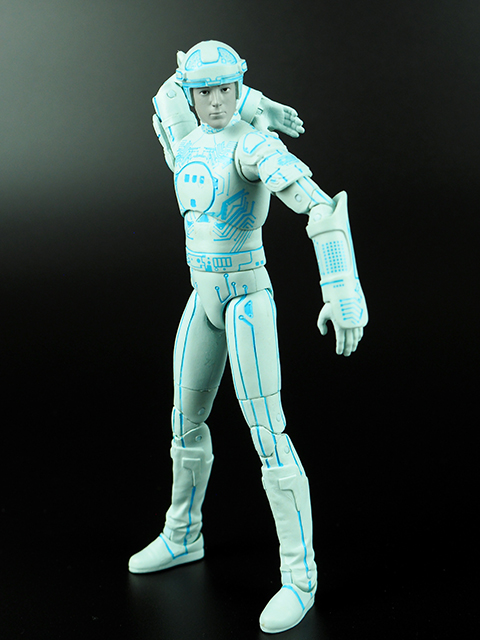 The face sculpt is a little doughy and perhaps a bit cross-eyed? 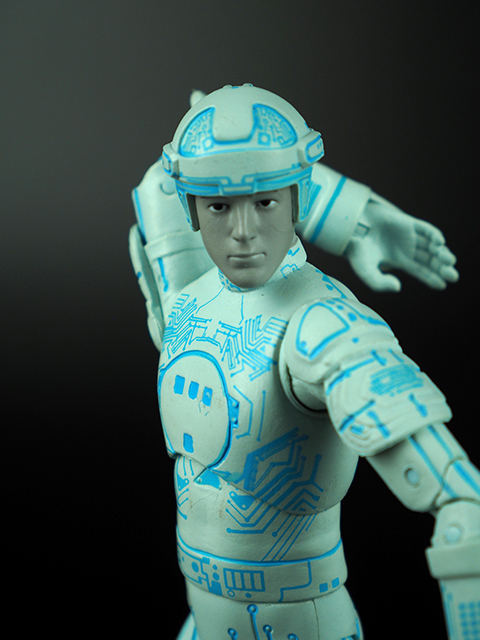 Overall, while I am glad to have ANY new Tron toys in 2020, I just feel like it's half-assed, and a missed opportunity to make a great Tron figure. The paint and sculpt are great, it just misses the mark most everywhere else.