In honor of ugly toy month, I present Trigore! The Power Lords is a strange property. In 1983, Revell, the ubiquitous model company, threw its hat into the action figure ring with the Power Lords, a fantasy themed series roughly in the vein of Masters of the Universe.

Revell enlisted the talents of science fiction illustrator Wayne Barlowe to develop the designs. Barlowe’s designs are some of the strangest ever created for the mass market. The Power lords were creepy, sinewy, organic space aliens, more like nightmares than the muscle-men of the He-Man roster.

I remember being disturbed and intrigued by the toys as a child. I was too fixated on the Transformers and G.I. Joe to pay much attention, and the Power Lords were on shelves for about a half an hour, but they were some of the first figures I picked up off of ebay as an adult. To be sure, these figures are an acquired taste. Trigore is an excellent example of the Power Lords aesthetic. 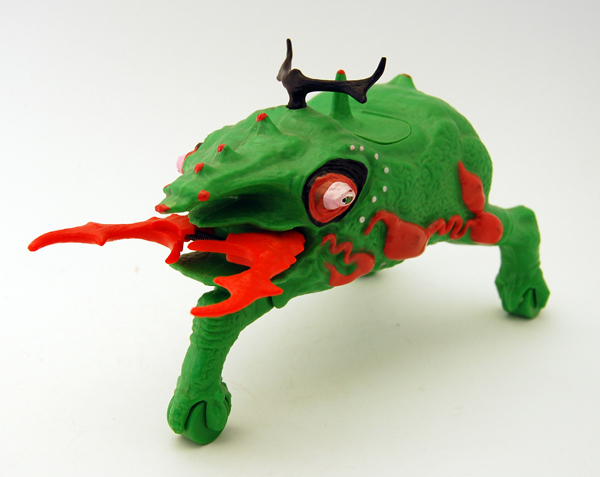 Trigore is both a monster and a spaceship. In the terrible comic book miniseries, whole fleets of Trigores attack our hero, Adam Power, in space. 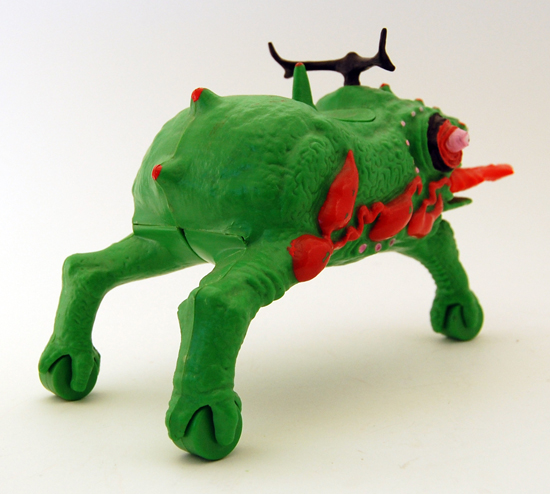 No pilots or riders are ever shown. Trigore is articulated at his front leg, which swivels a little, and his feet all have wheels. 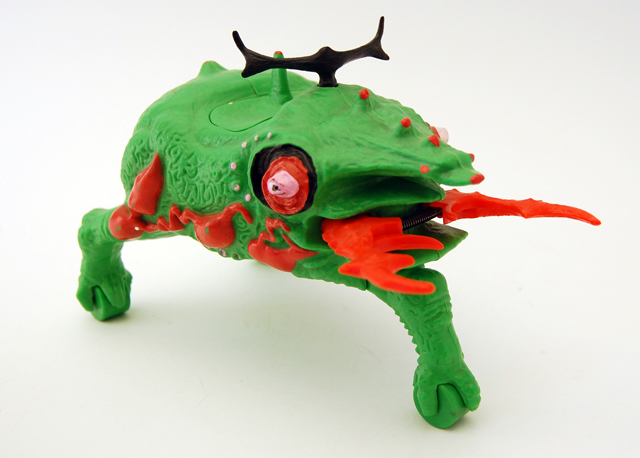 His pincers are spring-loaded, and will lock open until you press his horn down, in which case they snap shut. 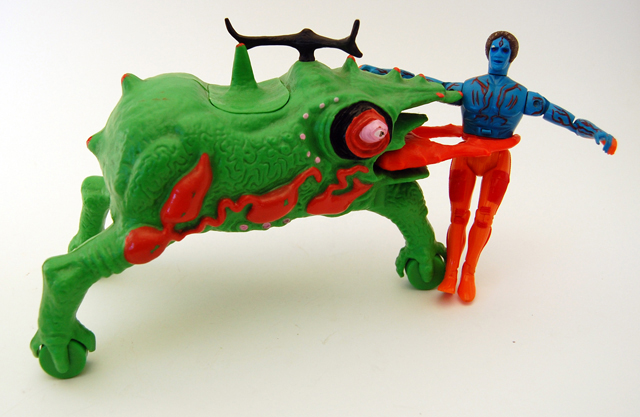 A portion of the creature’s back can be removed to reveal a non-descript hatch. I guess you could imagine this as a cockpit, but none of the figures really fit. Ditto for the “saddle” area. 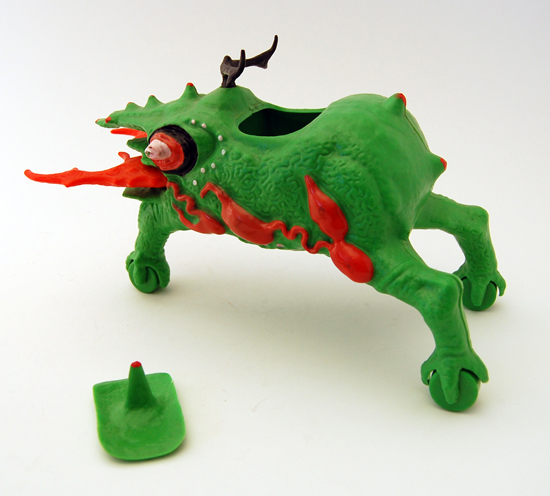 The figure’s sculpt and finish are exceptional. The brainy skin, the protruding eyes, those creepy organs on the side of his body, all beautiful. 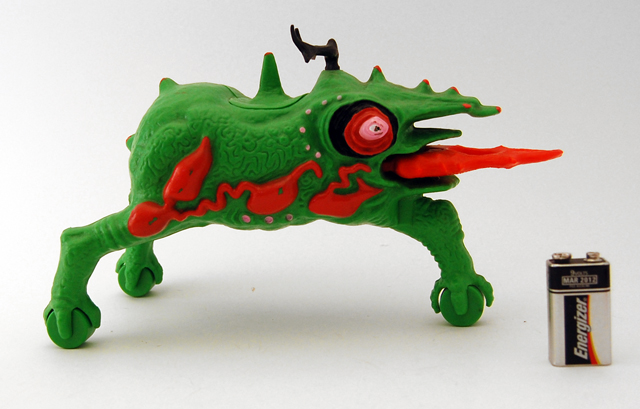 Trigore is ugly and weird and charming in his way. He makes He-Man look like something for children.

Super ugly and oozing with funk. I love it!

Is this for Halloween or April Fool's? This is a real toy? Hahahaa... man, that looks fugly, particularly the eyes! Crazy.... I don't suppose you have the packaging for this guy? Would love to see some more Power Lords reviews as that was one of the few toy lines I didn't have much of as a kid.

Power Lords was a strange bird, it was a smart idea to merge Star Wars and He-Man, both lines were top-sellers at the time. But the designs were both the greatest strength, and biggest weakness of the line. Every piece was oozing with originality, but it was sometimes so original that it turned people off, some figures were actually frightening to children. Two of the characters - including the main hero - had an alternate mode that looked like they were inside-out.

The story is a familiar one, no cartoon to back it up means a fast-lane to obscurity, and it then becomes a line that people remember - but probably never had. There were other vehicles in the line, all of which were equally strange.

I'm surprised that you made it through the entire review without discussing what the sculptor could possibly have intended when he made the "saddle" region.

Wow! Forget the bootlegs, mainstream 1980's toys had a lot of funk going on. This would be something I would see in a Sears Christmas catalog, think it was far out then turn the page to see the GI Joes and remember what it was all about.

These figures are downright scary and its hard to believe Revell was responsible for all this!!

The toys you review and own are just amazing, I thought I brought up some weird toys!

This reminds me of a later toyline that I loved as a kid, Jayce and the Wheeled Warriors.

It looks like H.R. Giger designed a toyline with these Power Lords!

Iguana toys! HooHoo!
This totally reminds me of other iguana type toys out in the 80's for some reason.

Remember the sticky rubber toy phase? There were tons of variations with a handle shaped vaguely like an iguana, with stickers looking like one on the sides, and the "tongue" part was like a sticky rubber whip, that you could zing out, and yoink somebody's test paper right off their desk in an instant! Yay!

I know there were other iguana-ish toys, just have to remember the details. So long ago...