Speedtrap is another Starrior that features rip-cord action. This one only has two modes, but there is a spring activated flip. This one starts in walker mode and then flips to jet mode. 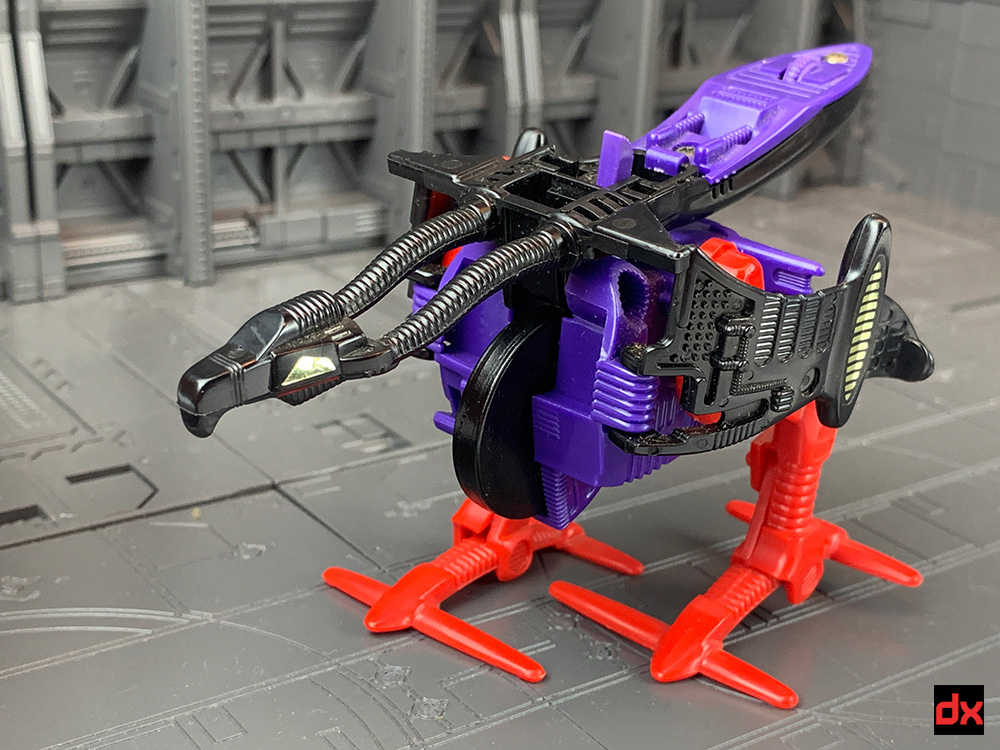 It's got a very vulture-like appearance, with the only articulation being the walking action. the colors are striking and the detail super cool, but there's not much to this mode. The heavy wheel in the body gives the toy a nice solid heft. 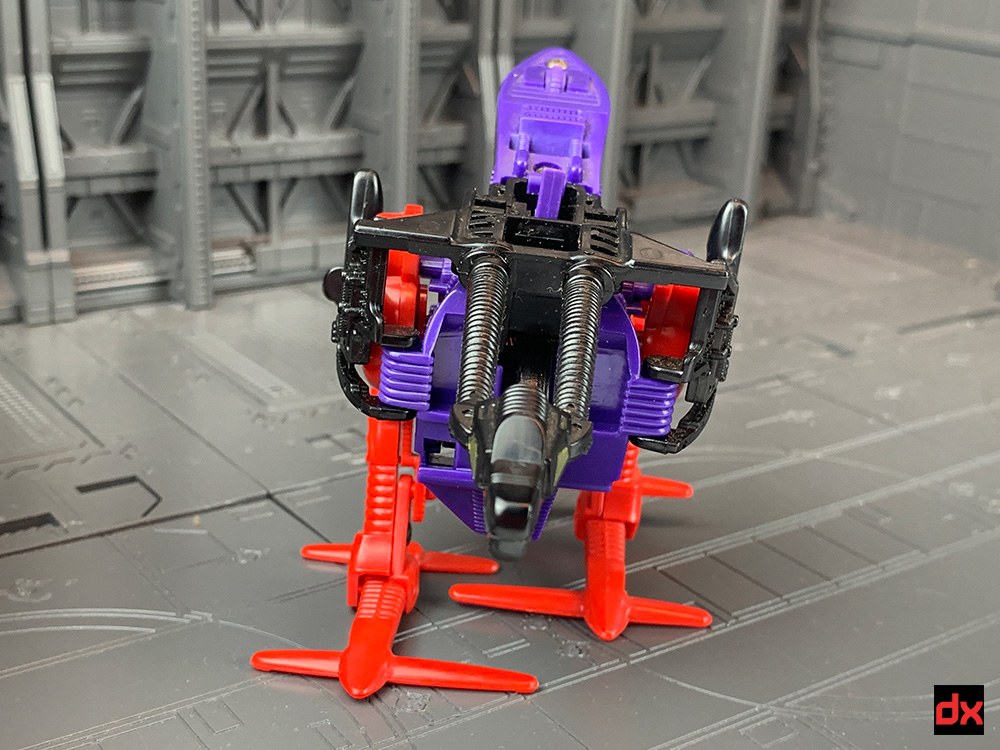 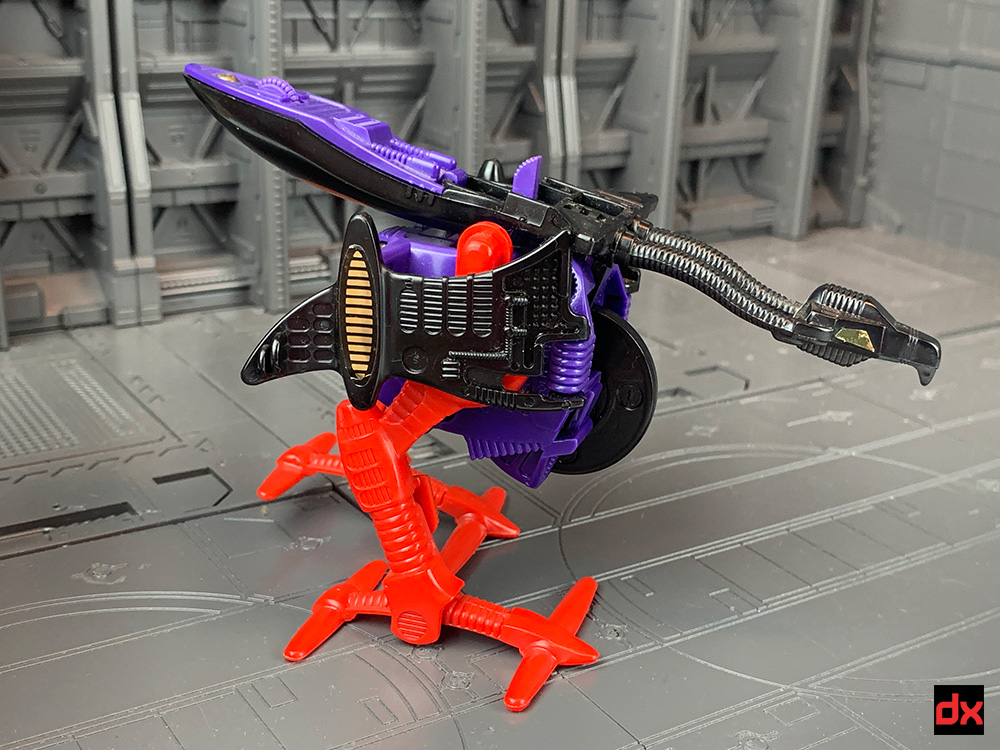 This mode is called High Speed Sky Fighter. It transforms automatically after a period of time when the ripcord is pulled, but without the ripcord you have to move a little internal bar to release the clip. The toy can roll freely. 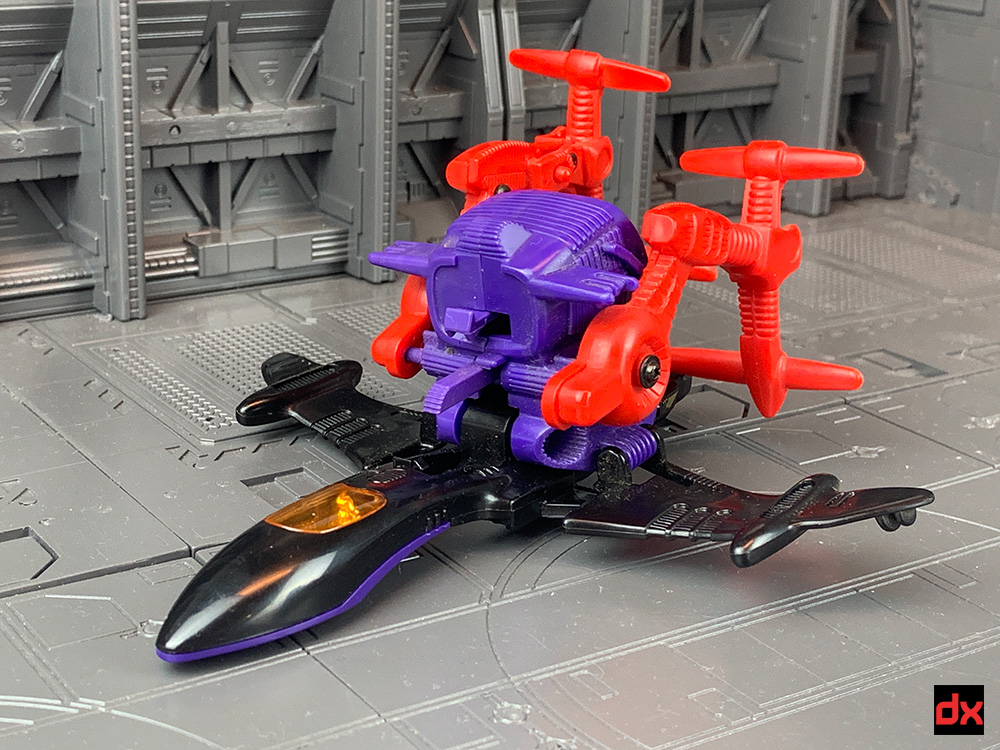 There's a cool Zoids-like pilot in the cockpit but it does not open. 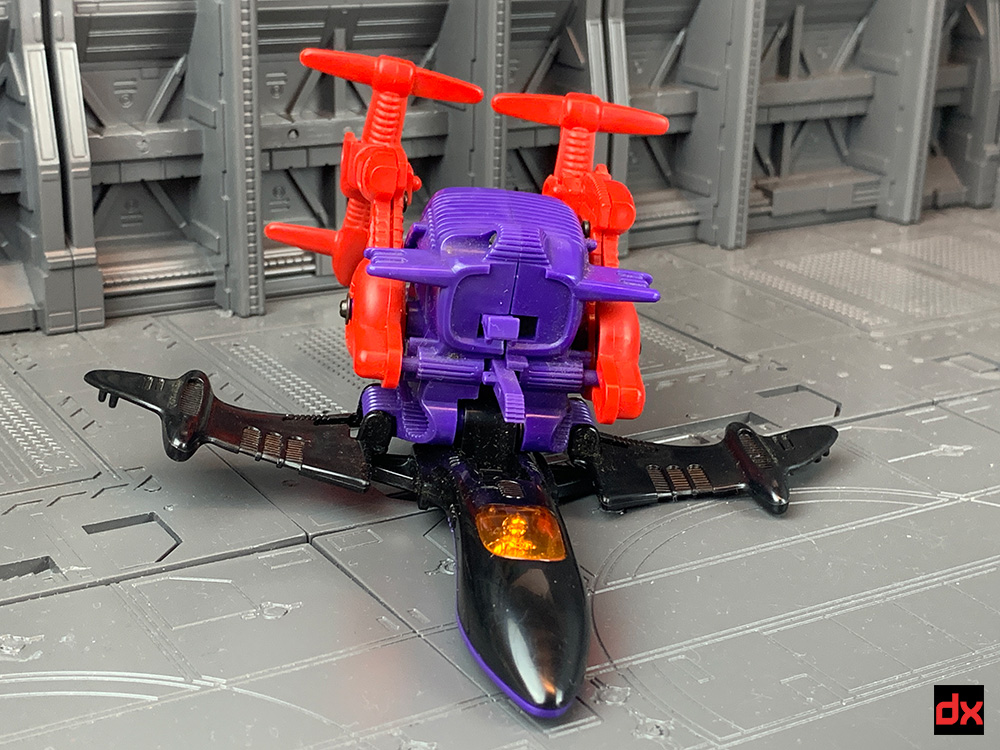 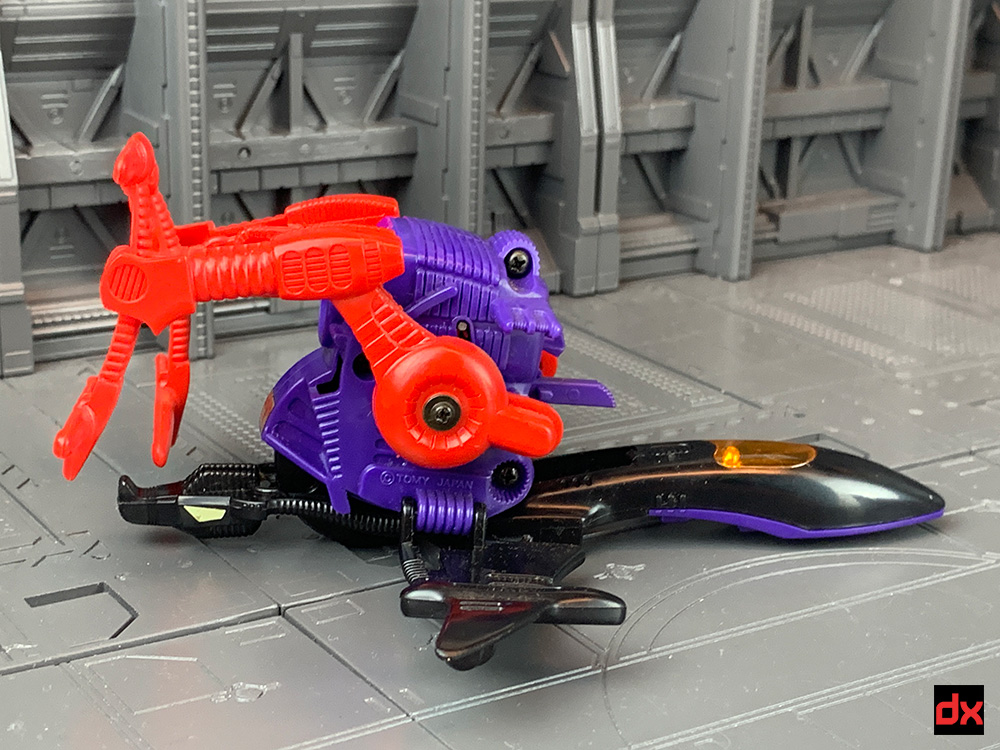 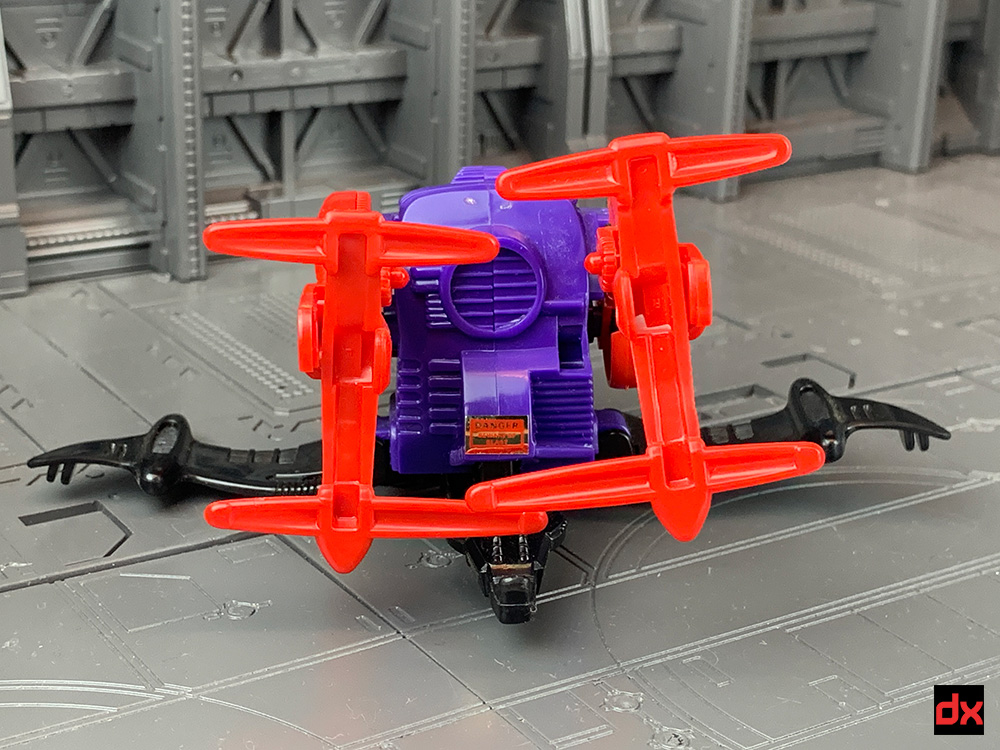 There's not a lot else to it. it looks cool but it's rather simple.