While most of the cool stuff was taken up by the big boys, smaller companies took to other objects that transform. Such is the case for Tilt, the pinball robot. 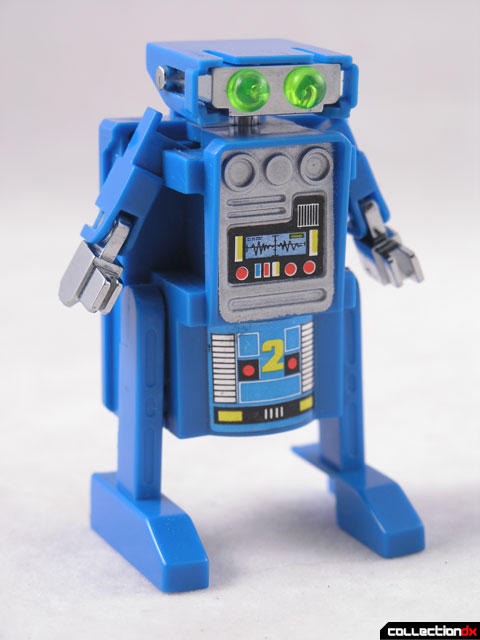 Tilt was brought to the US as part of the Converters line of robots, under the sub-brand of SPIES. Its origins however, go back to the motherland.

In Japan, the toy was part of a series called Game Man, which consisted of a Slot Machine, Pinball Machine, Roulette Wheel and Cash Register, numbered 1-4, respectively. The manufacturer is unknown, but I would wager it was Select or Mark.

The Pinball Machine was called Pinball Man. It was a functional pinball machine, as least as functional as it could be at this size. It had a metal ball, it had flippers and you could launch the ball around. In Pinball mode it was very evocative of the spacey analog pinball machines of the mid to late 70s. 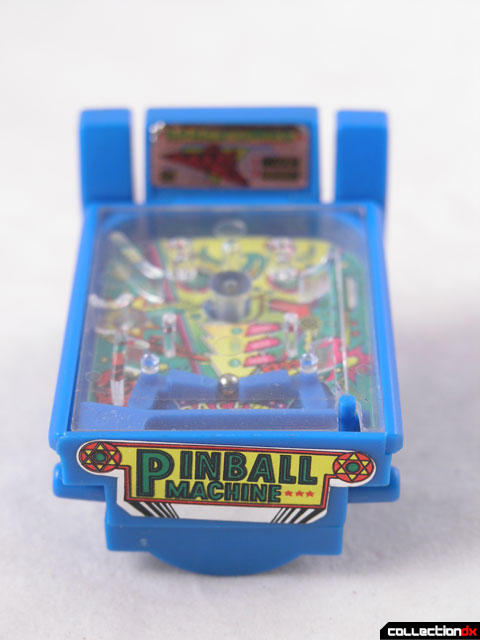 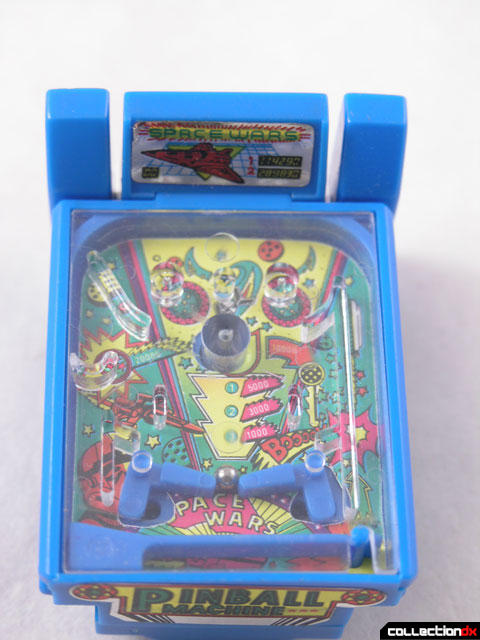 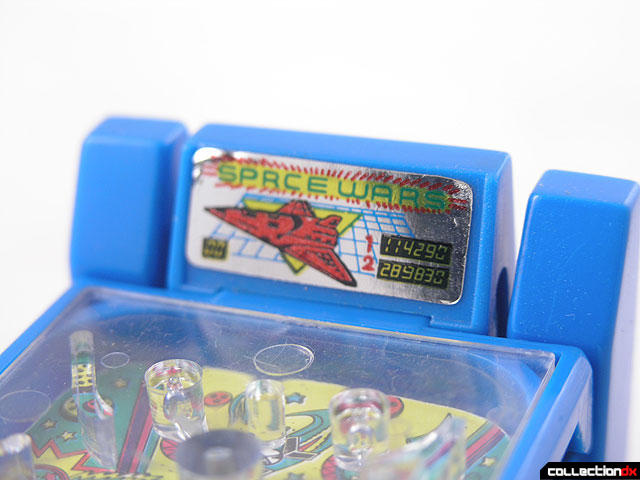 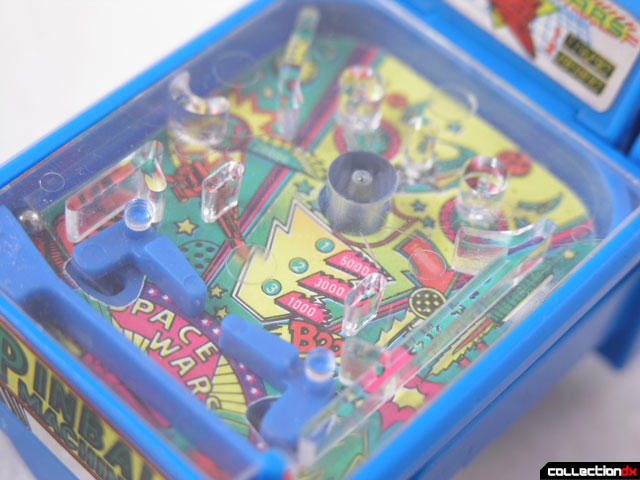 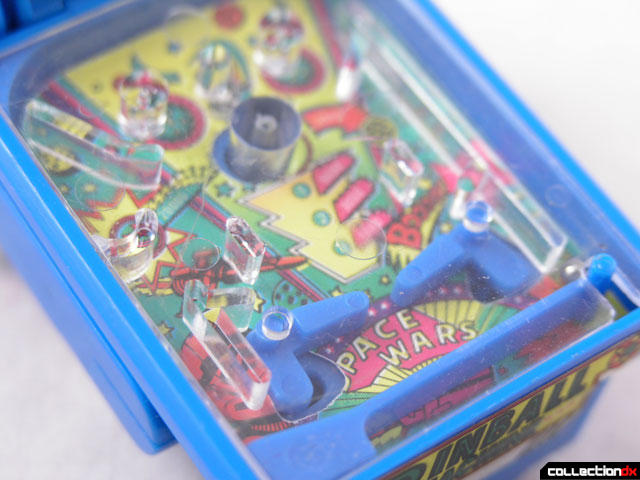 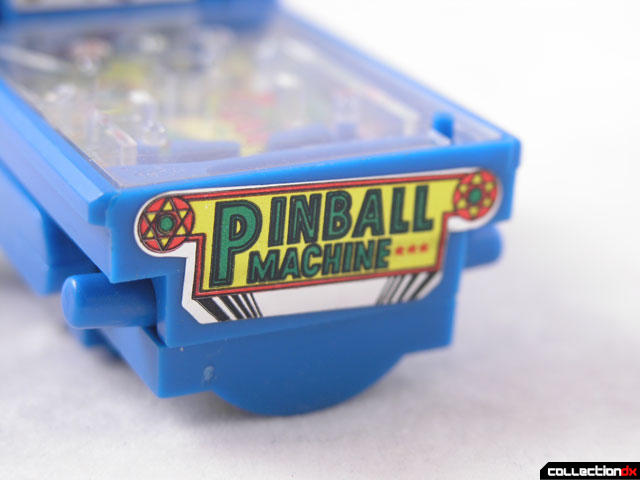 Transformation is simple, and it has a lot of that 80s electro-robot aesthetic that was popular at the time. There are clear green eyes, lots of great chrome, and blocky appendages. It was actually very cool. 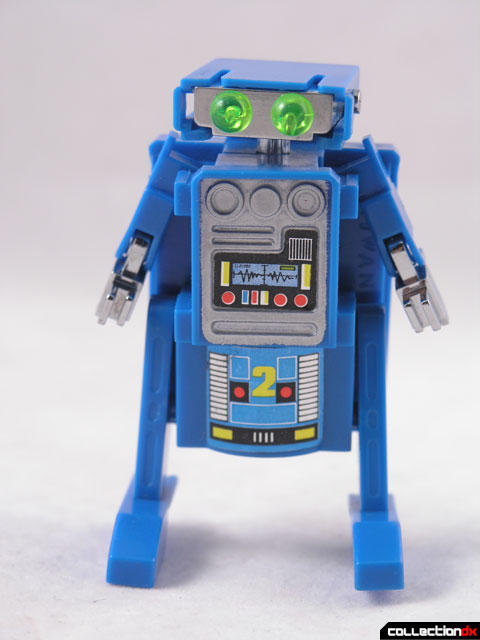 Convertors were found in toy aisles right alongside Transformers and Gobots. They were a cheaper alternative to the expensive bigger brands. I wonder how many kids were disappointed when they wanted a transformer and their parents brought them home this instead. 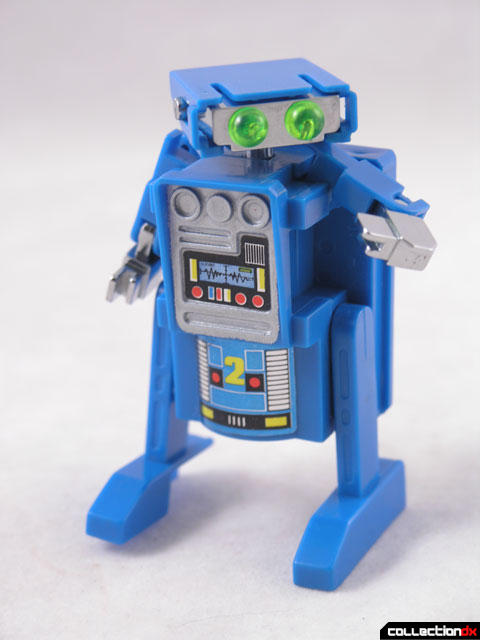 The ultimate irony now is that we are digging through the past now to find out all we can about these once shunned second-rate toys.

Actually, I would like a foot tall one that turns into a truly playable little pinball with lights and sounds and scoring. :)