There's a weird grey-area for toys that have been produced in foreign markets but are still licensed. With this one, its's hard to tell if it's legit or not, but I am leaning towards not. This is the Taiwan version Gyakuten-Oh Power Up Box by Takatoku. Or is it? It has all the correct markings on the box, but is stamped Made in Taiwan. However most of the copy has been translated to Engrish, so that makes me think it's a KO meant to be sold in foreign markets. Lets examine the box.

Mine's seen better days, but you can get a good feel of it's glory. There's a lot going on here. 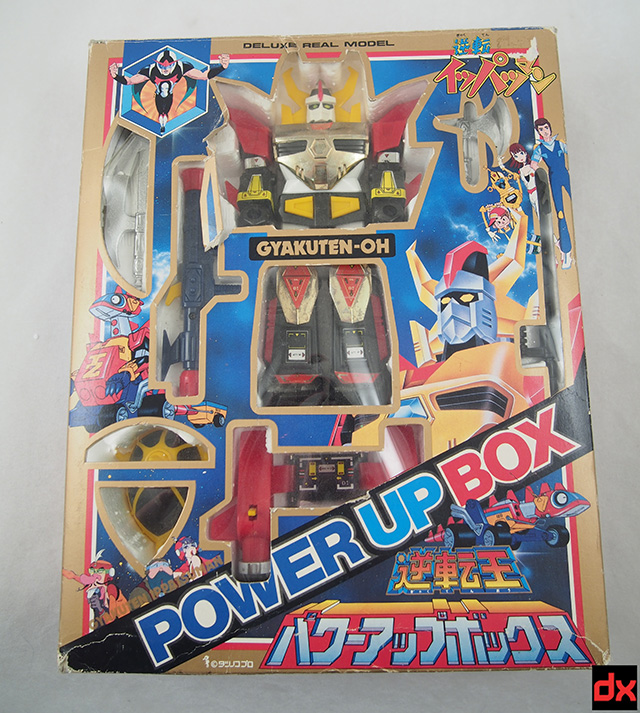 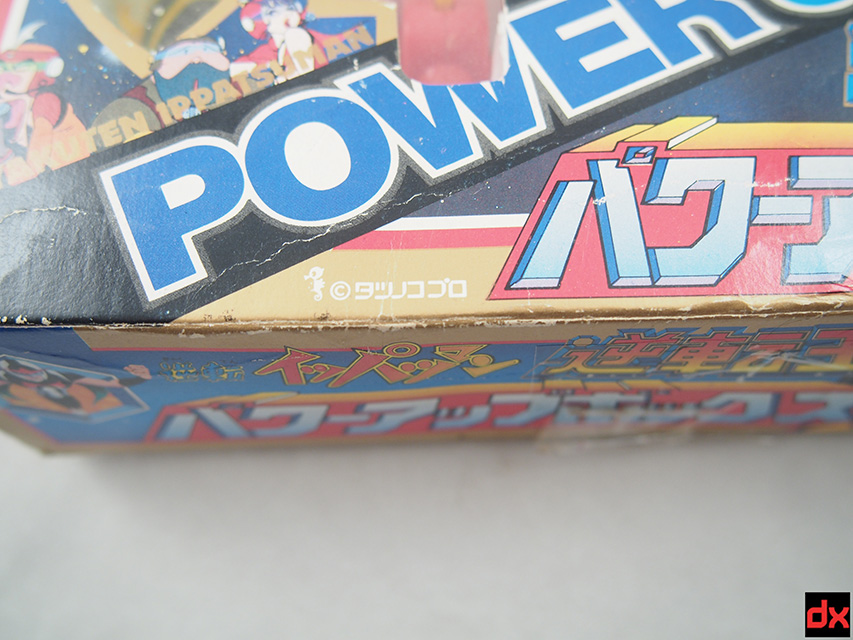 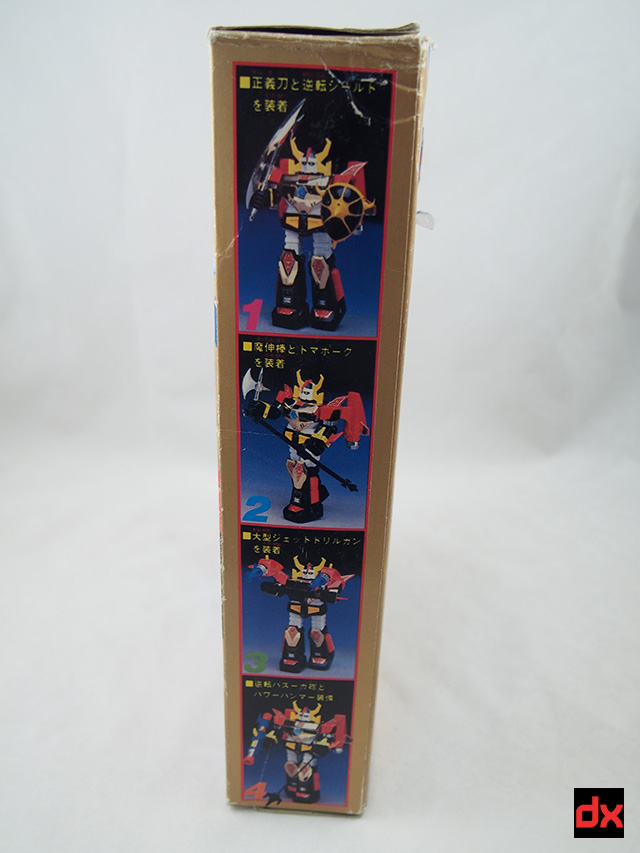 Here's where it screams BOOTLEG to me. 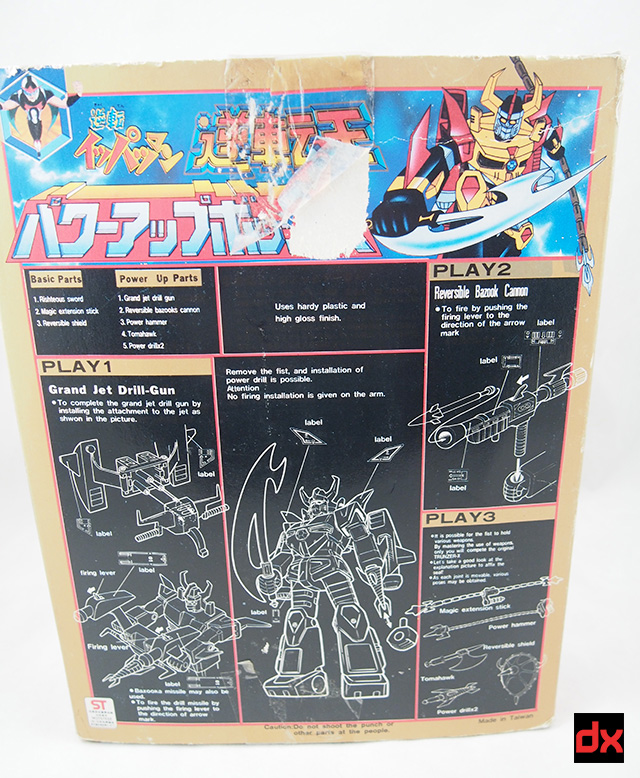 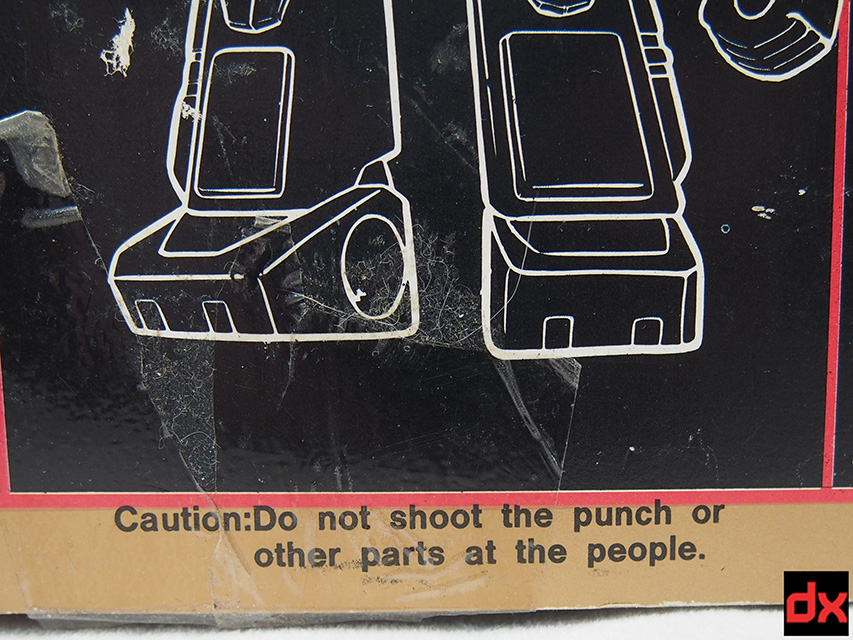 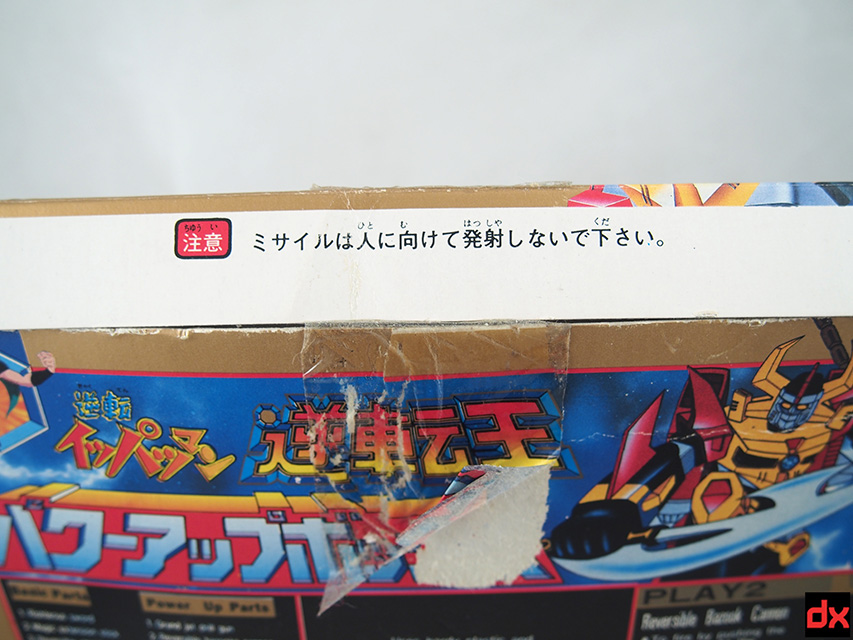 The toy comes in a great styro tray. The figure is all plastic, and all the accessories are plastic. 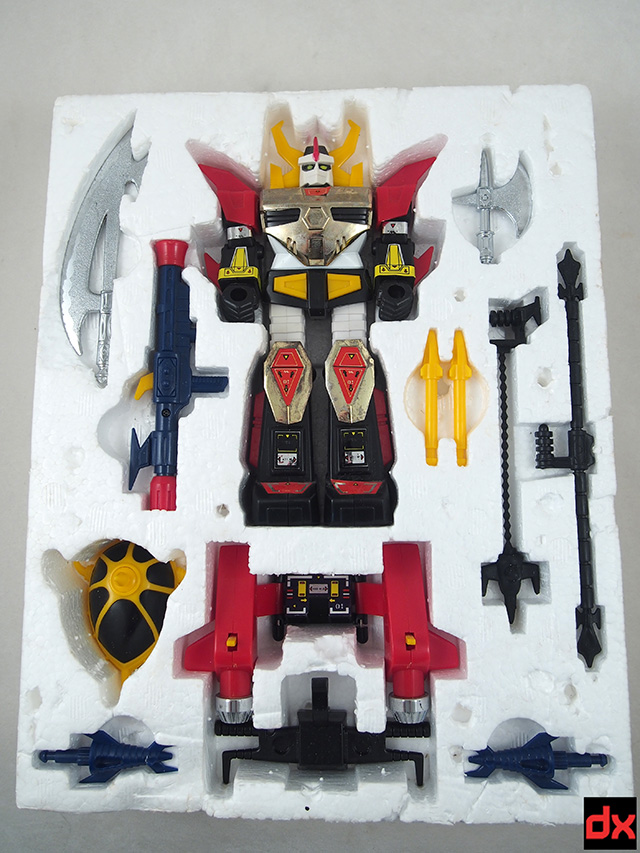 As you can see, the gold chrome finish has deteriorated greatly. It stands about 6 inchest tall, and has moving head, shoulders, elbows and legs. 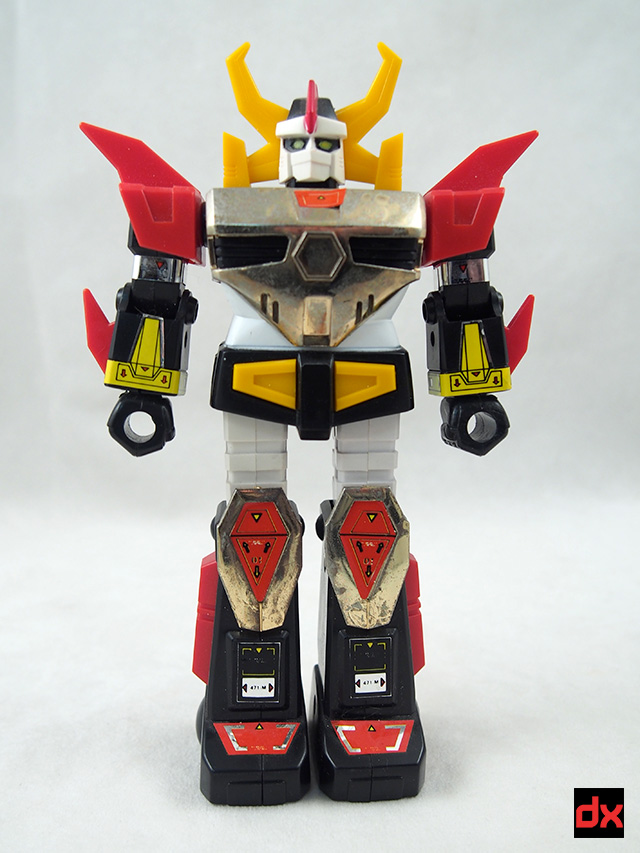 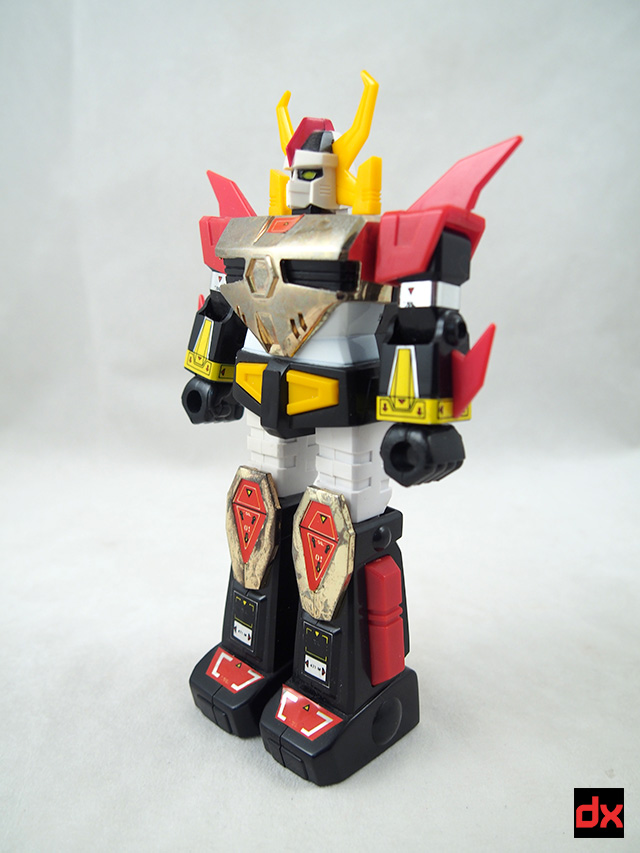 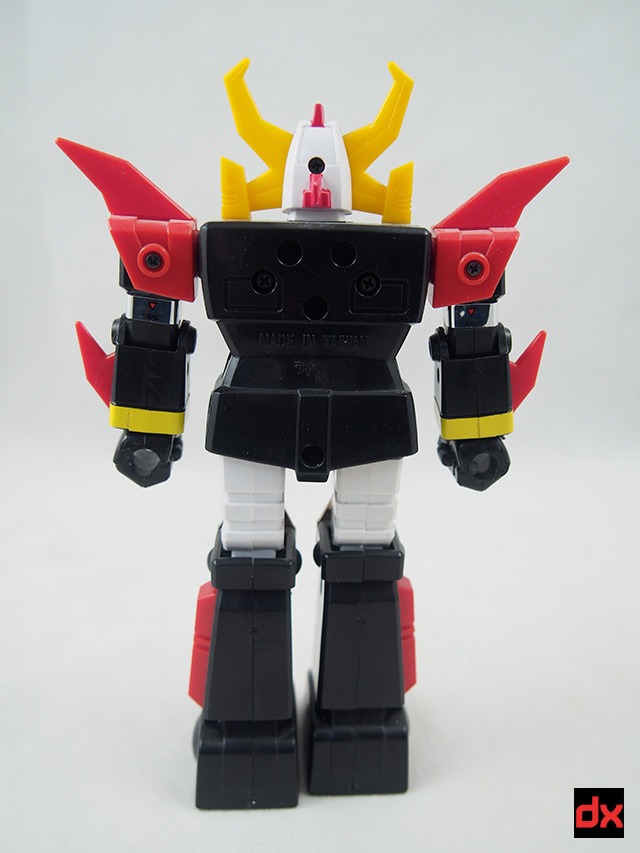 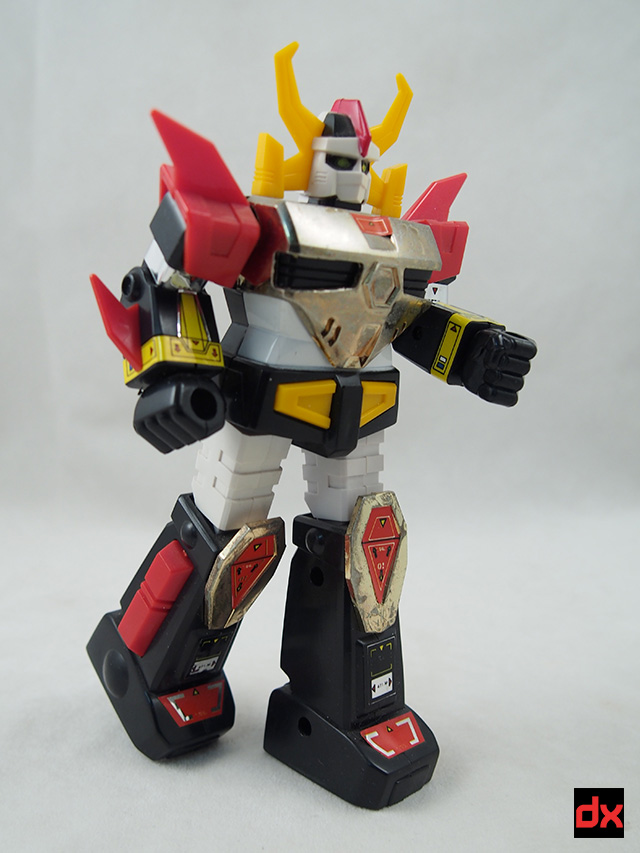 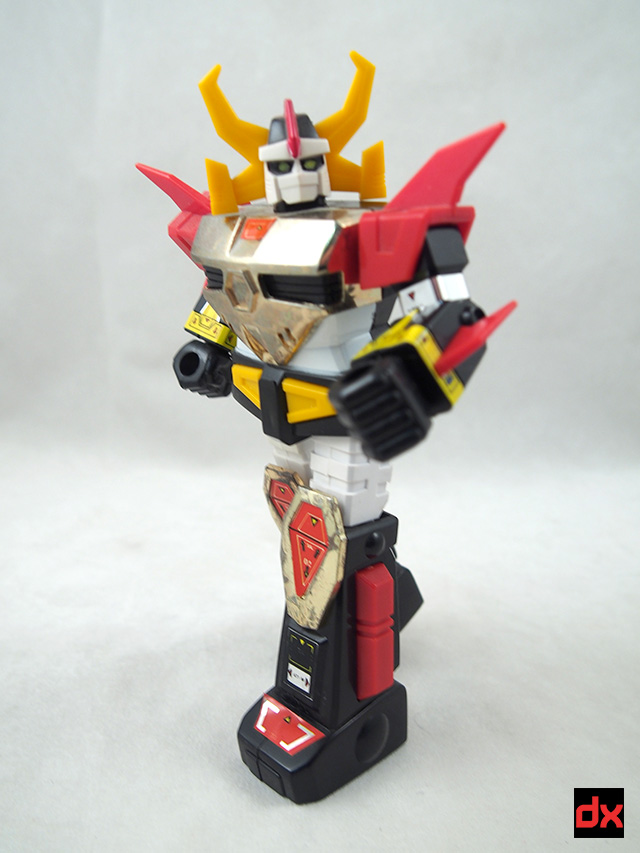 The missile launchers can be attached to the back like wings. 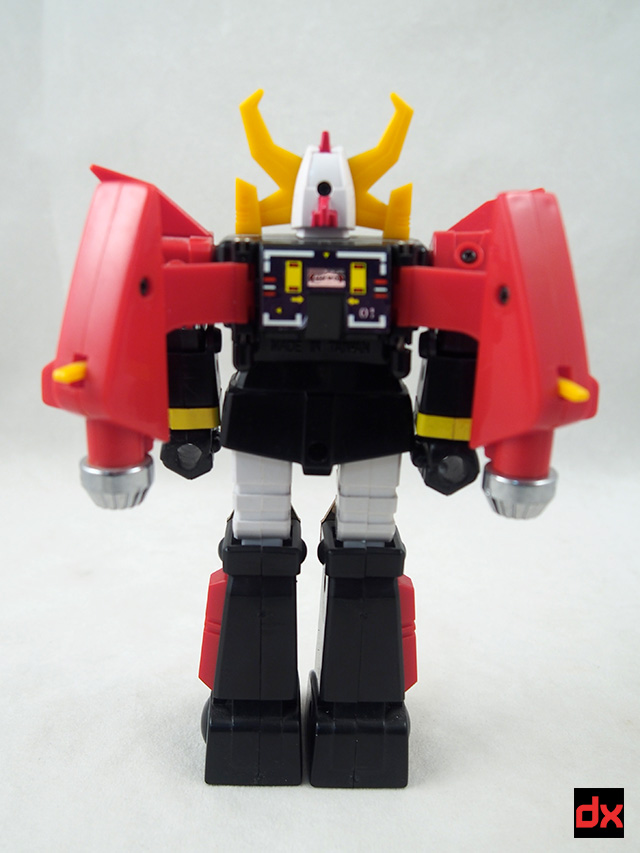 He can hold the JUSTICE SWORD in his hand. 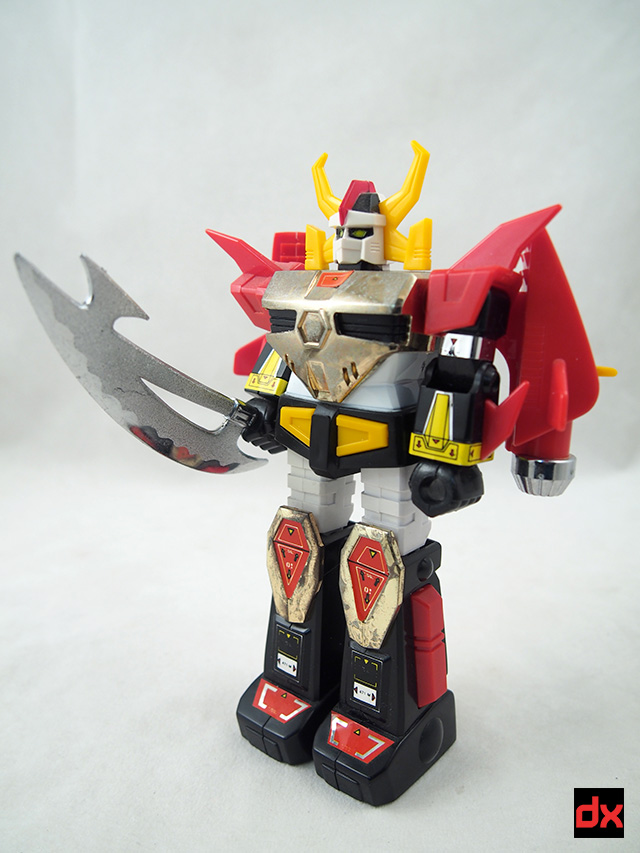 The hands are removable and can be replaced with Power Drill weapons. 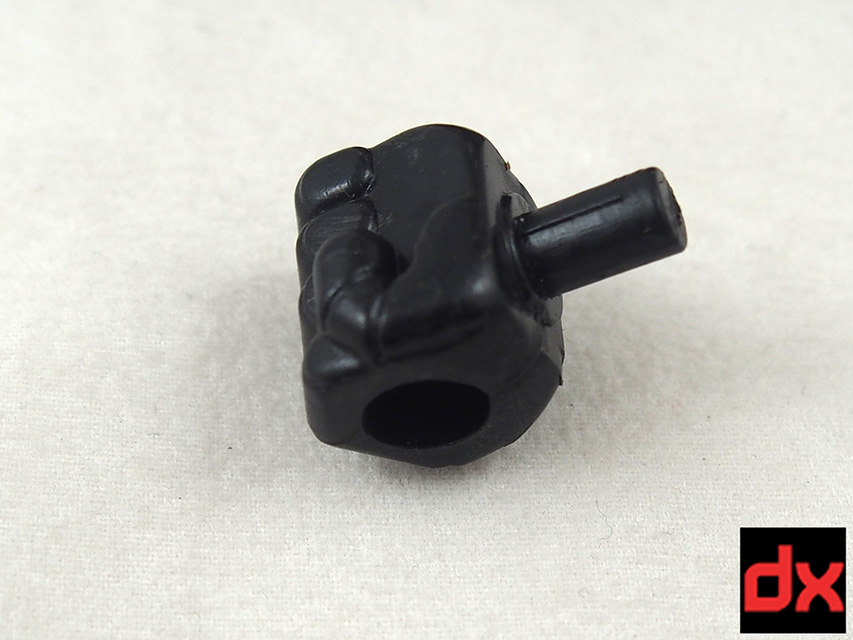 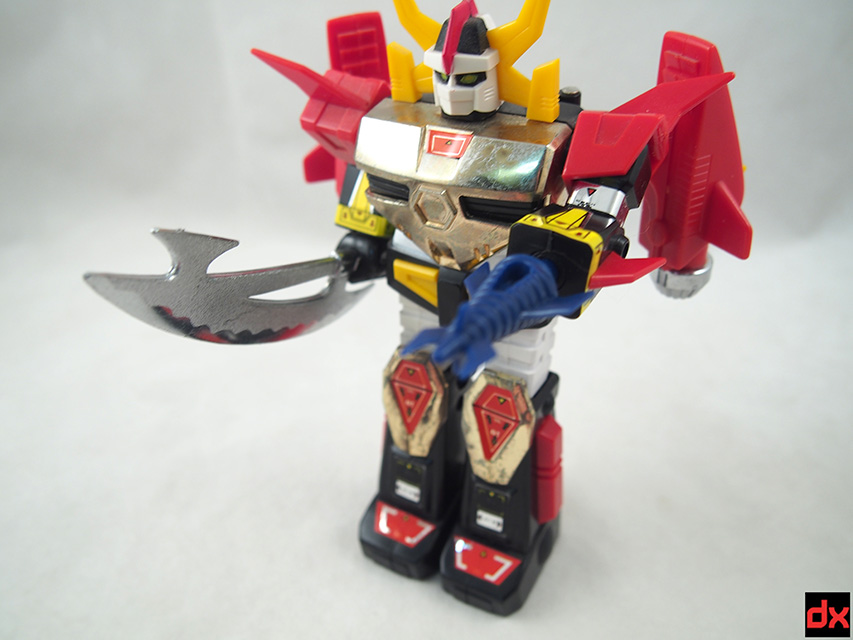 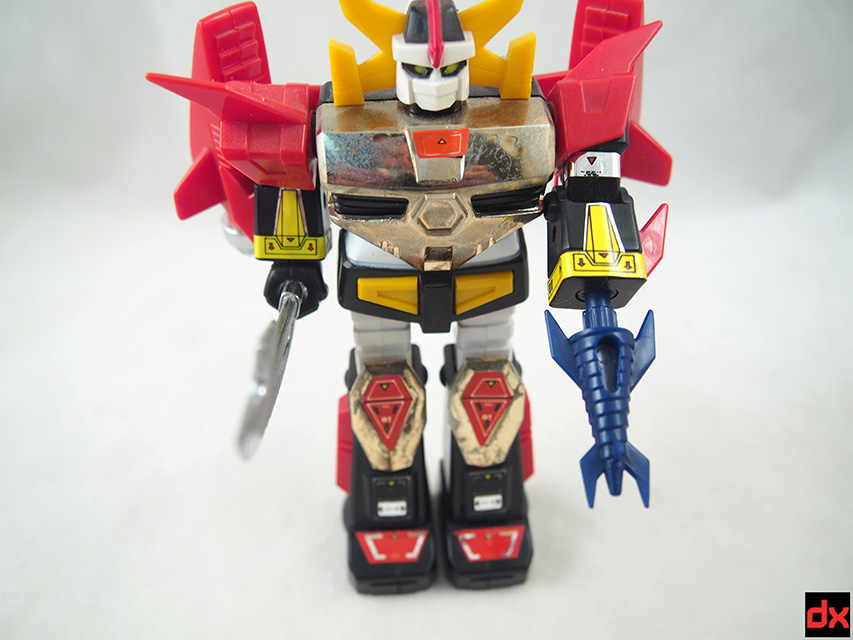 A small Tomahawk is included, as well as the REVERSAL SHIELD 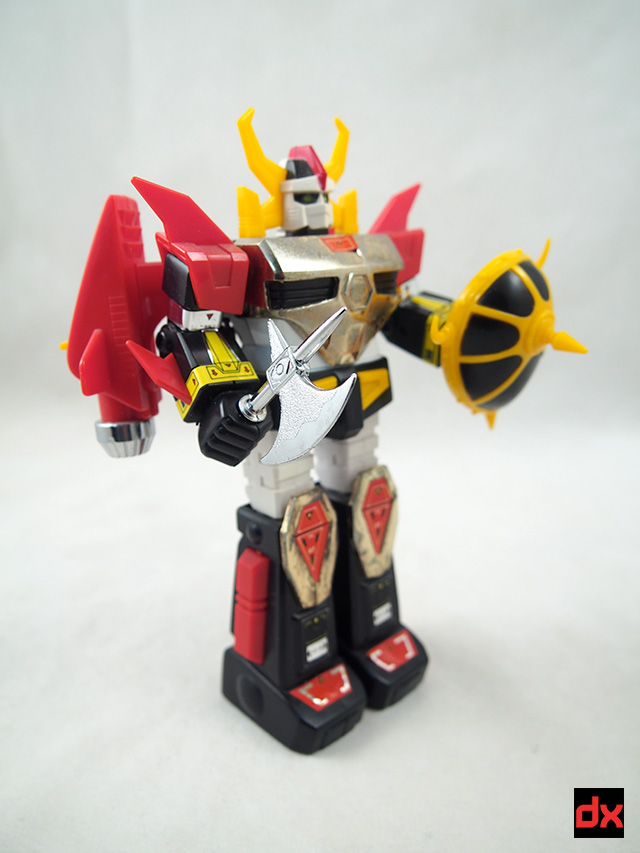 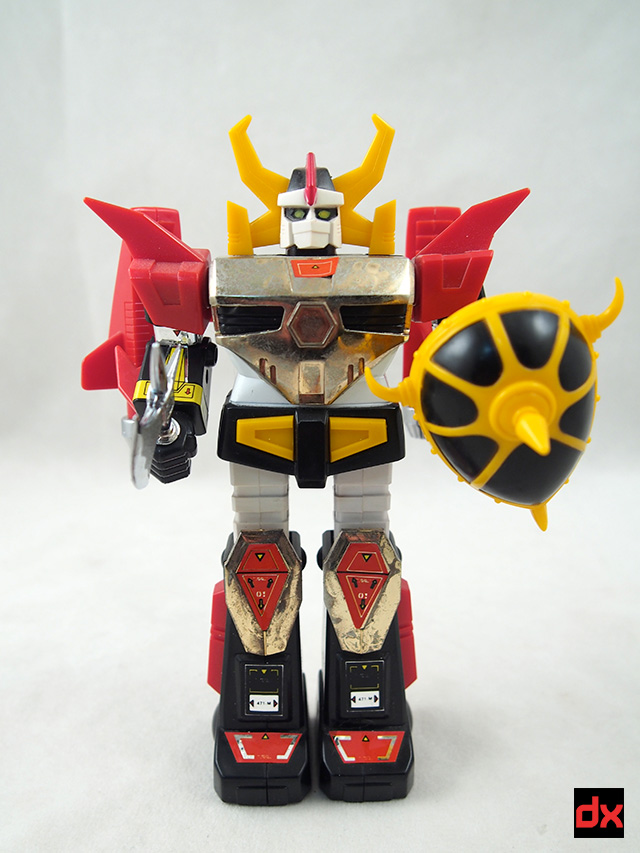 A large gun called the Reversal Bazooka Cannon can fire a yellow missile. 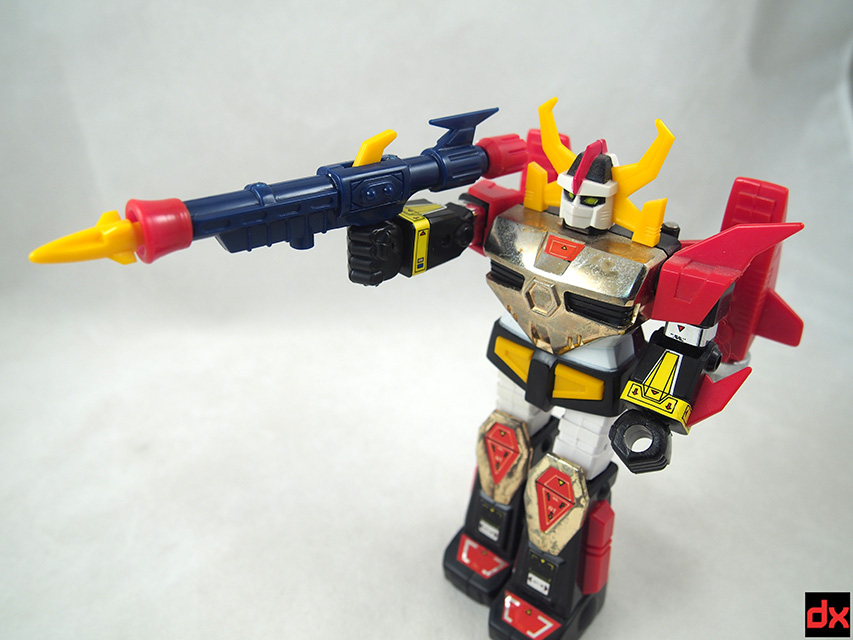 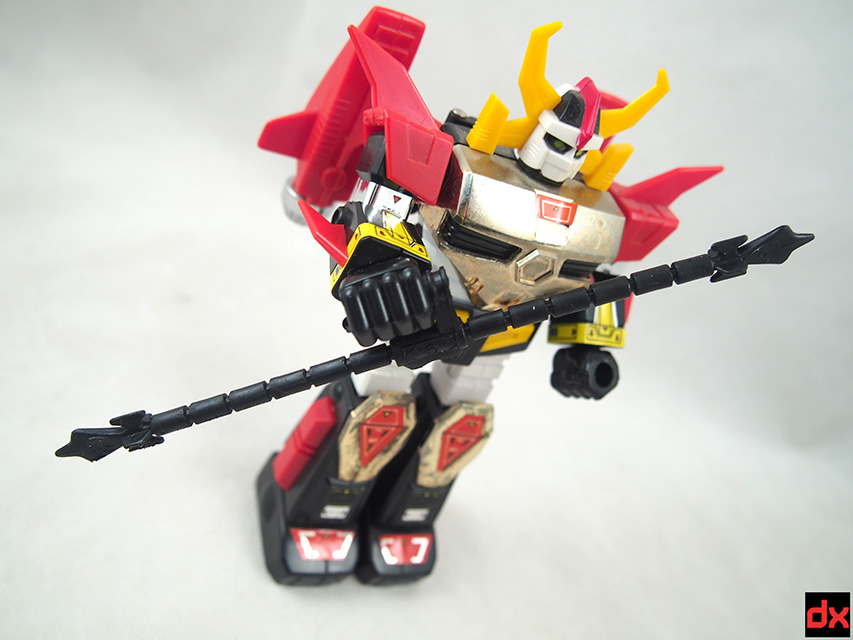 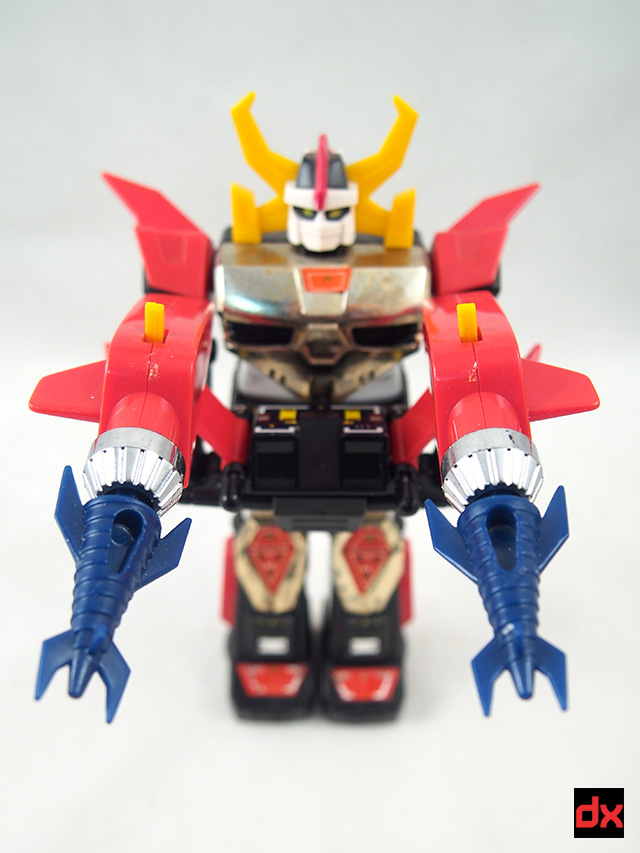 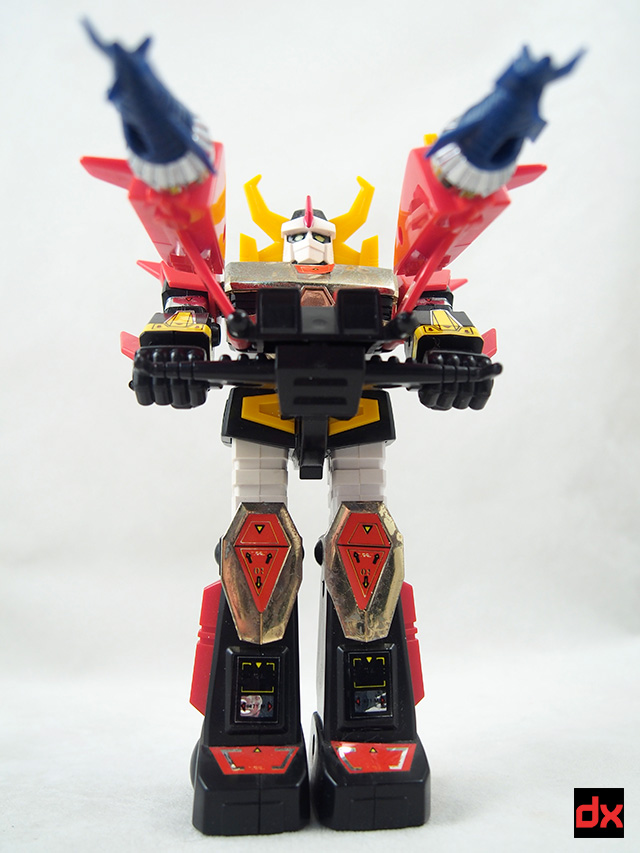 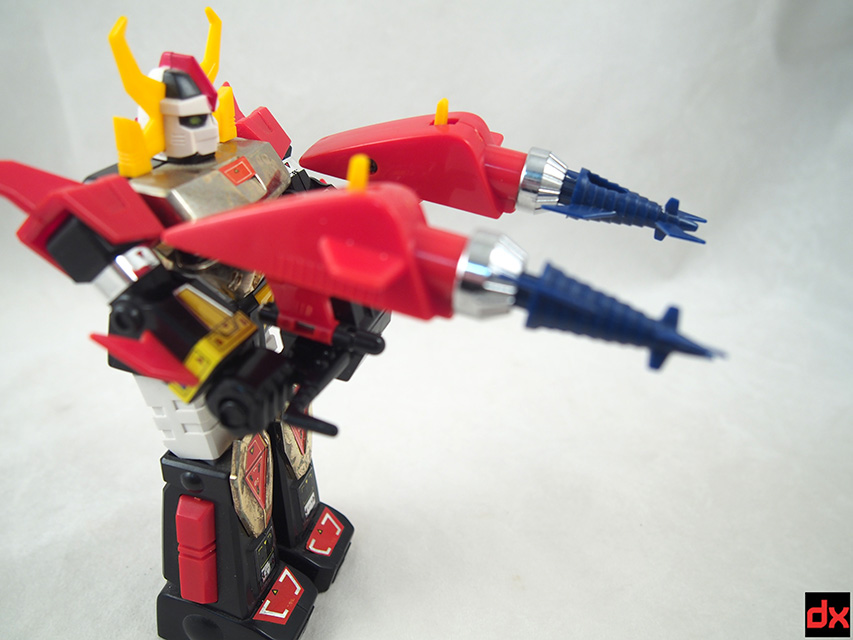 The yellow missiles from the Bazooka can also be used. 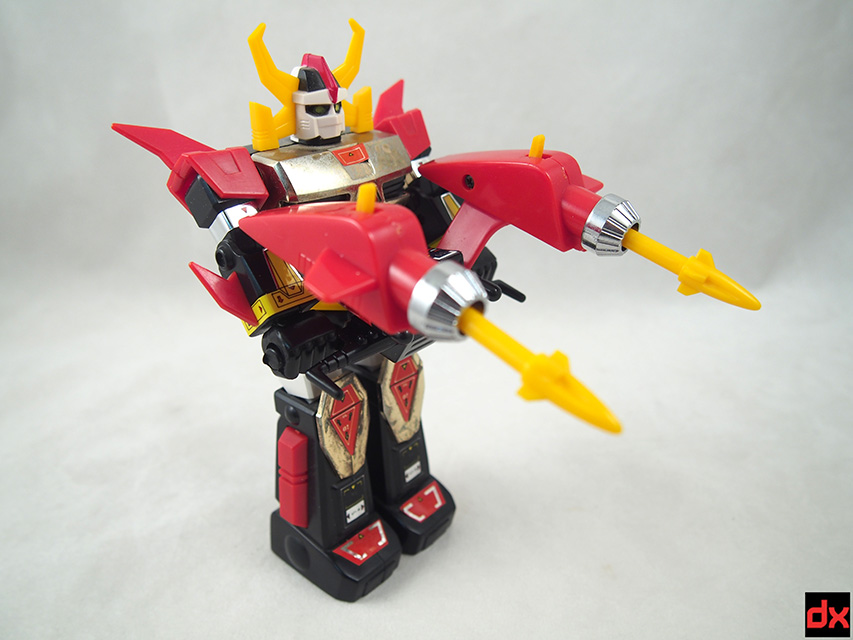 The ony accessory not shown is the Power Hammer, a long chain-like weapon similar to the Mashinbo.

As you can see, there's a lot of play value in this set, and the box is awesome. I'm sure tracking down a real one is expensive, so if you happen to find this version, I think it will do quite nicely.