I don't pretend to understand the decision made in the US Tomica line. I think later in the line they began to grasp at straws and put together mutant hybrid sets of trains cribbed from other sets in Japan. One of those sets is the Search and Rescue Liner.

In Japan, the parts came from various sets.

- The front car comes from Master-Liner Hyper Change Set (Cutter Liner). Its a random train in the middle of a liner, originally painted black.

- The final car is a generic container carrier car, not even meant to carry the standard Tomica vehicles. But for some reason we have a Toyota FJ Cruiser on it.

This one came with tracks. 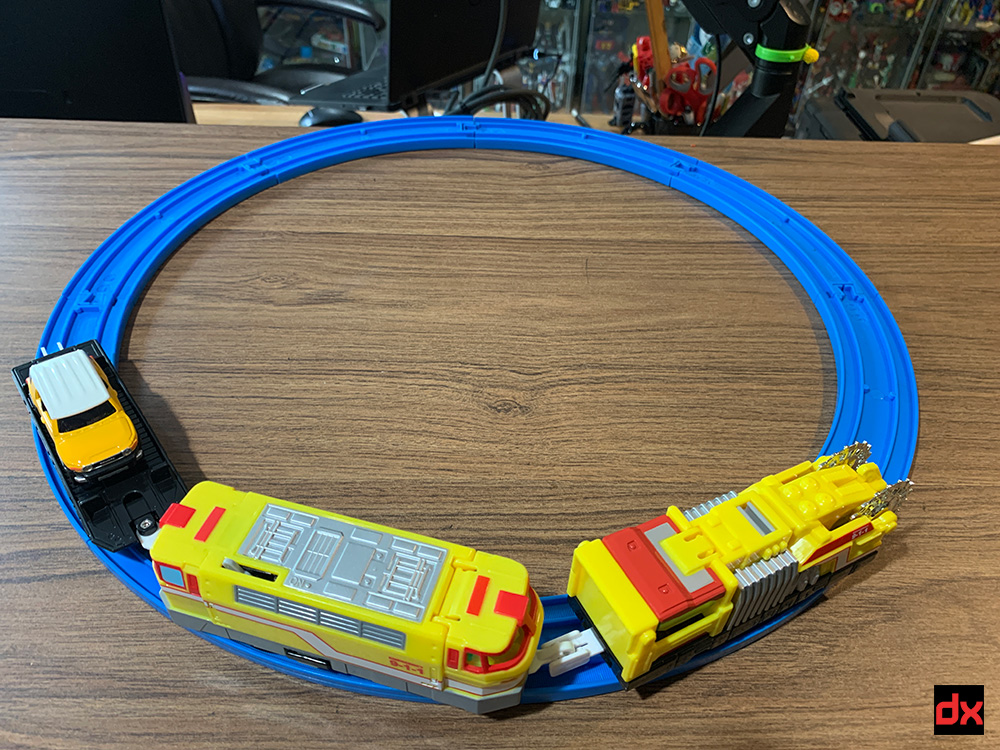 For the front car, the chrome saws spin with the car rolls on the track, You can pull the assembly out to make it a bit longer if you like. the cockpit also opens with room for one figure. 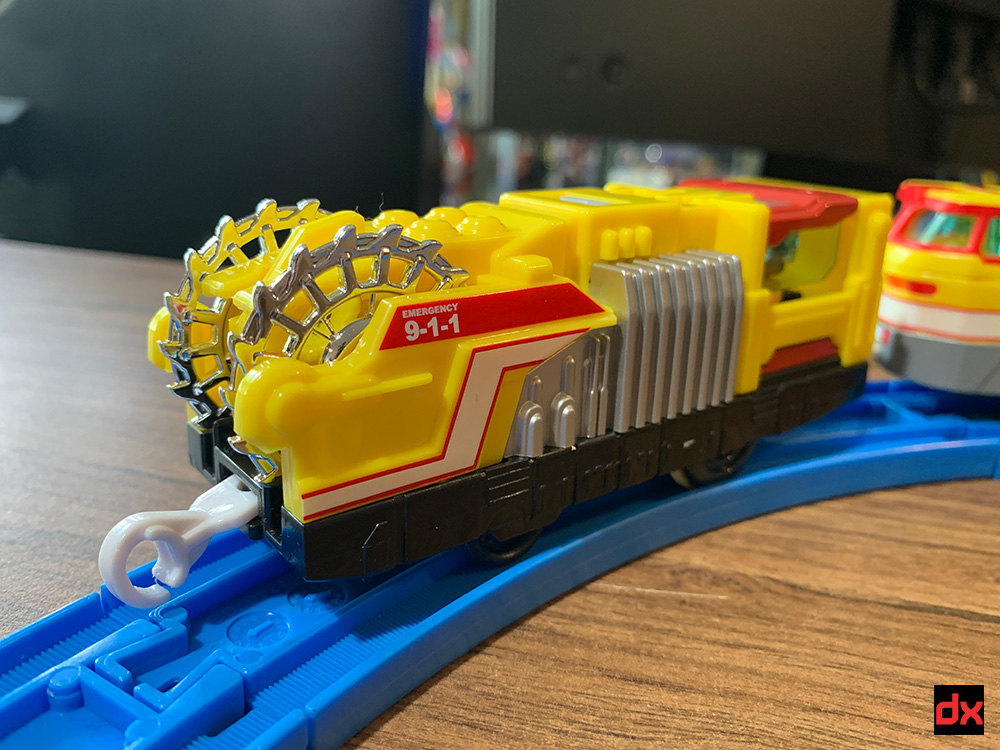 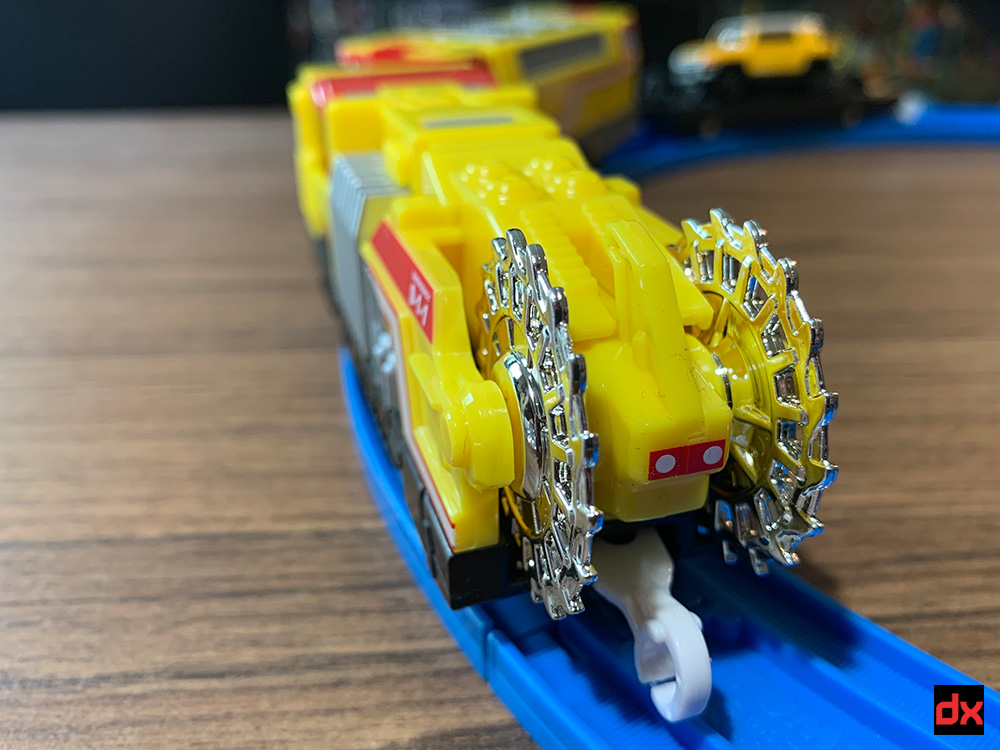 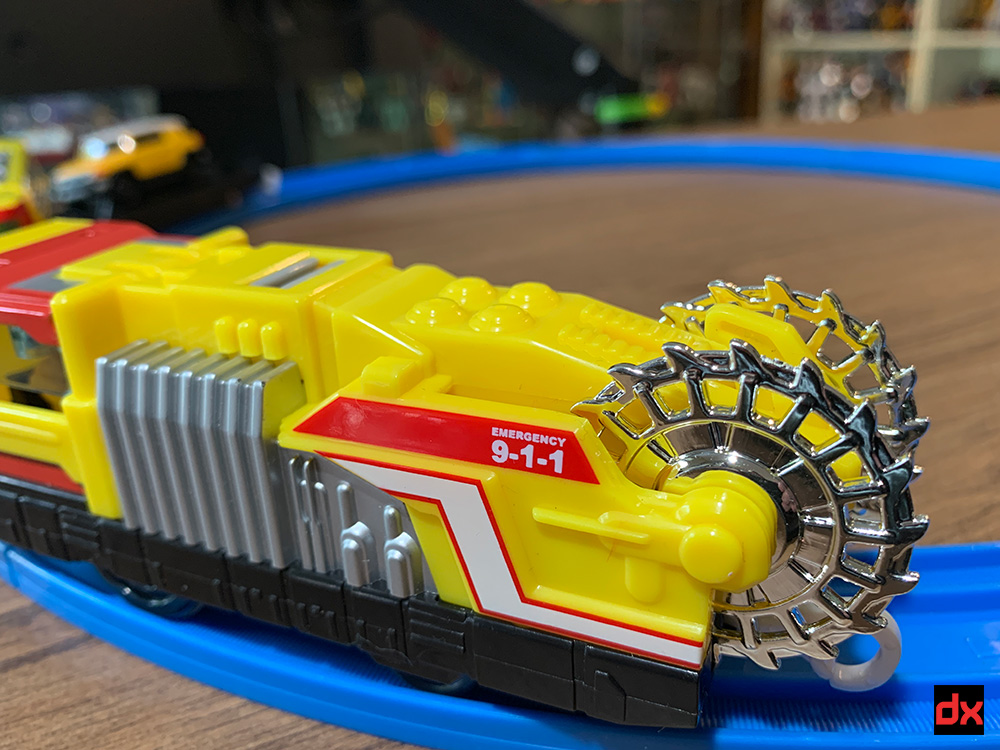 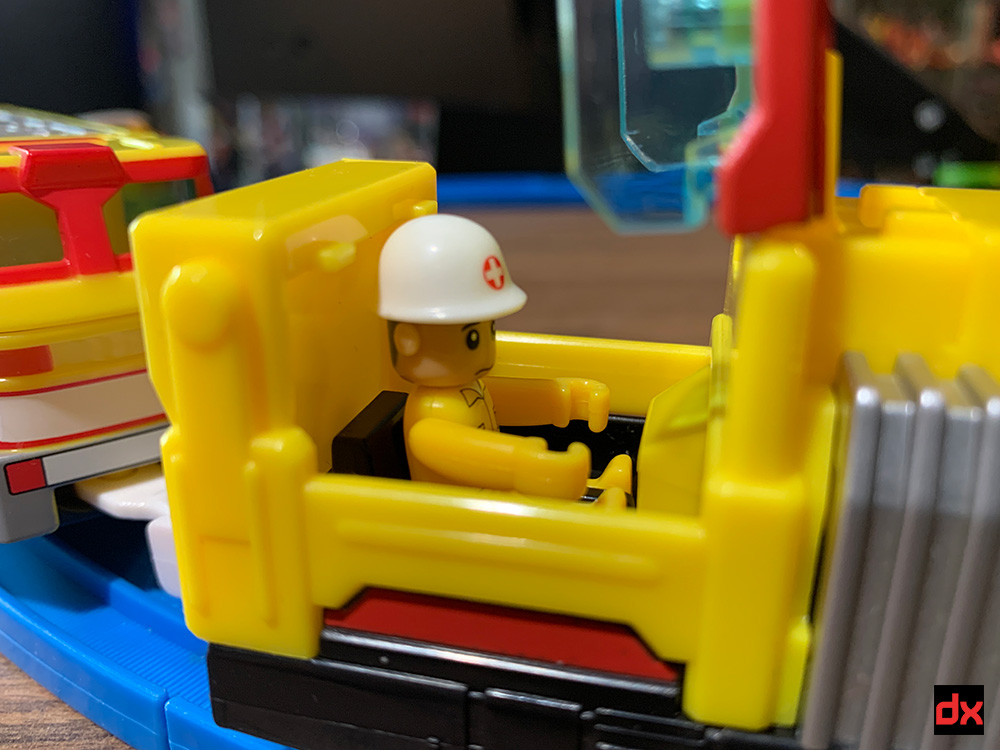 The middle car is the engine, and requires 1 "C" battery. There's also an opening cockpit that can fit one figure. 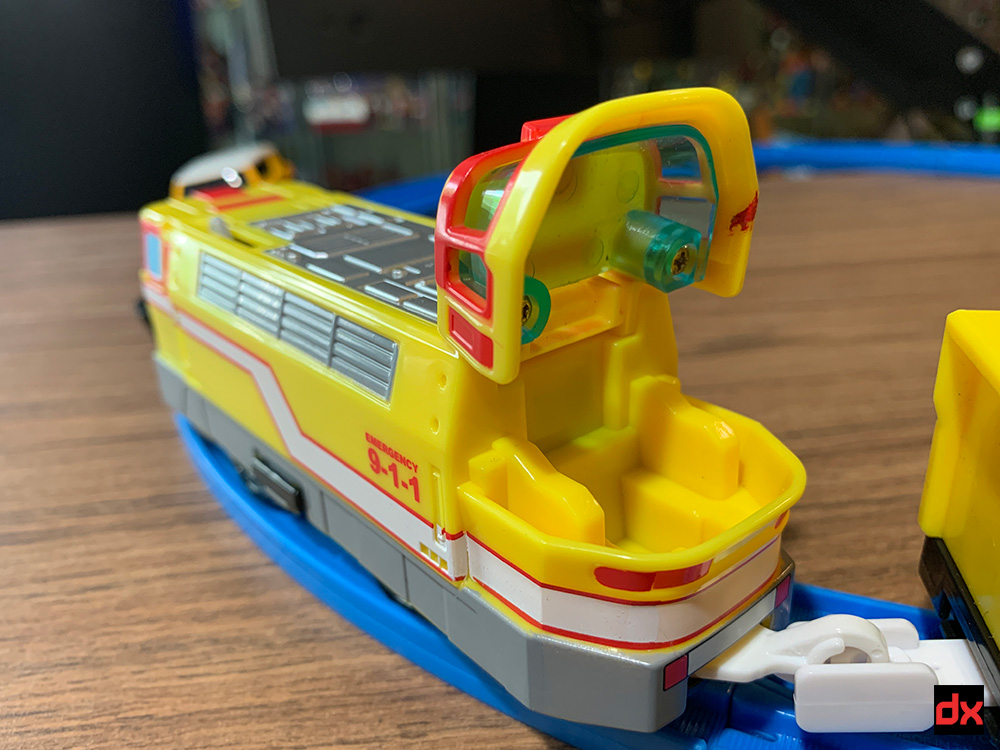 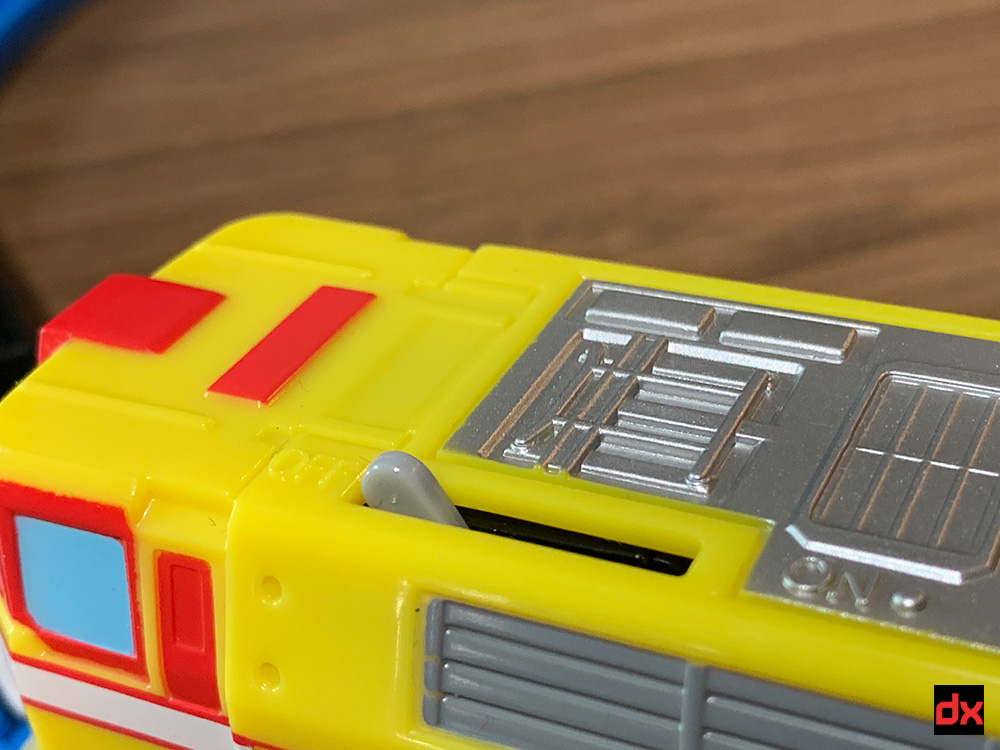 Finally, the last car is a flatbed that in the Japanese line, is used to attach cargo containers to. Here they have awkwardly balanced a standard Tomica vehicle on it. The wheels don't even line up to the grooves in the platform. 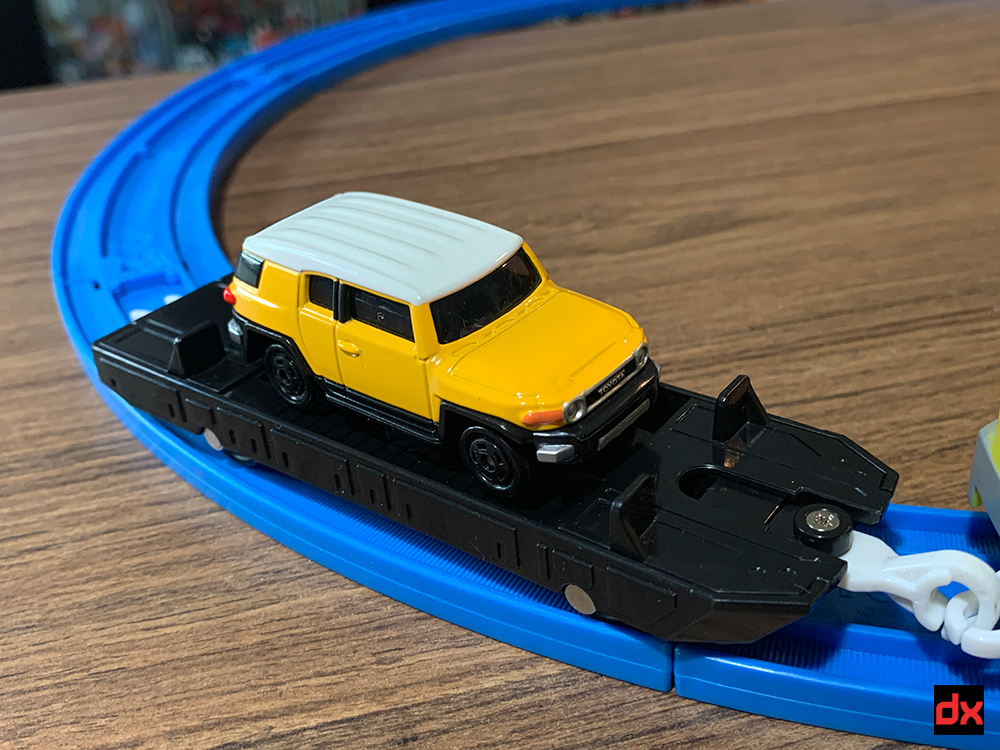 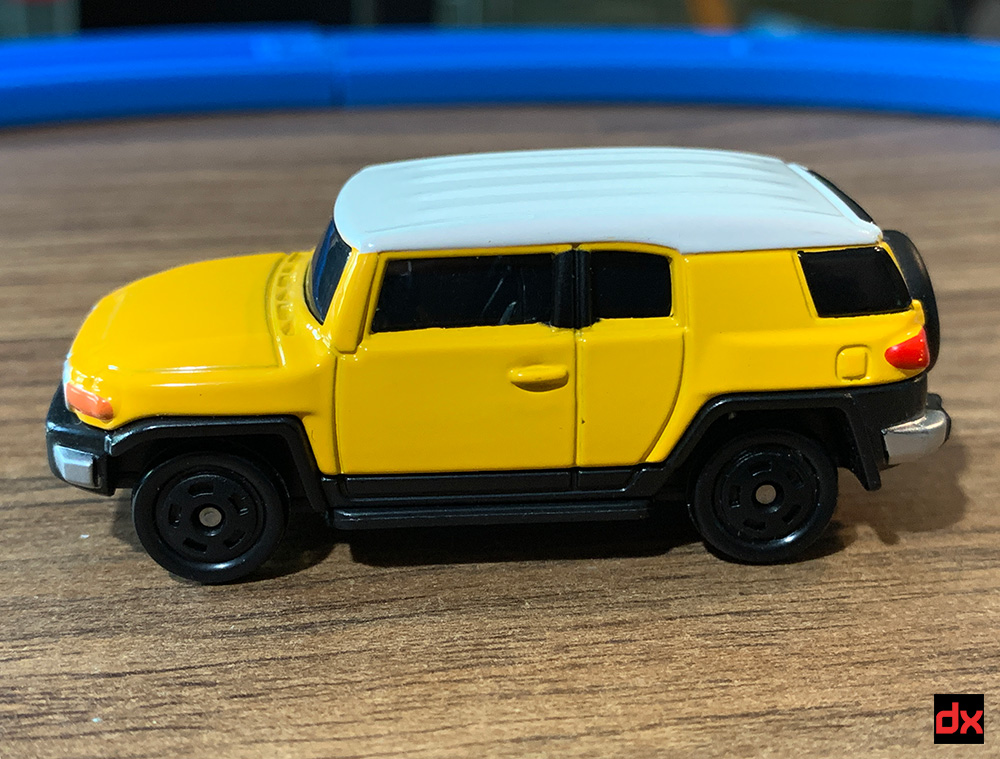 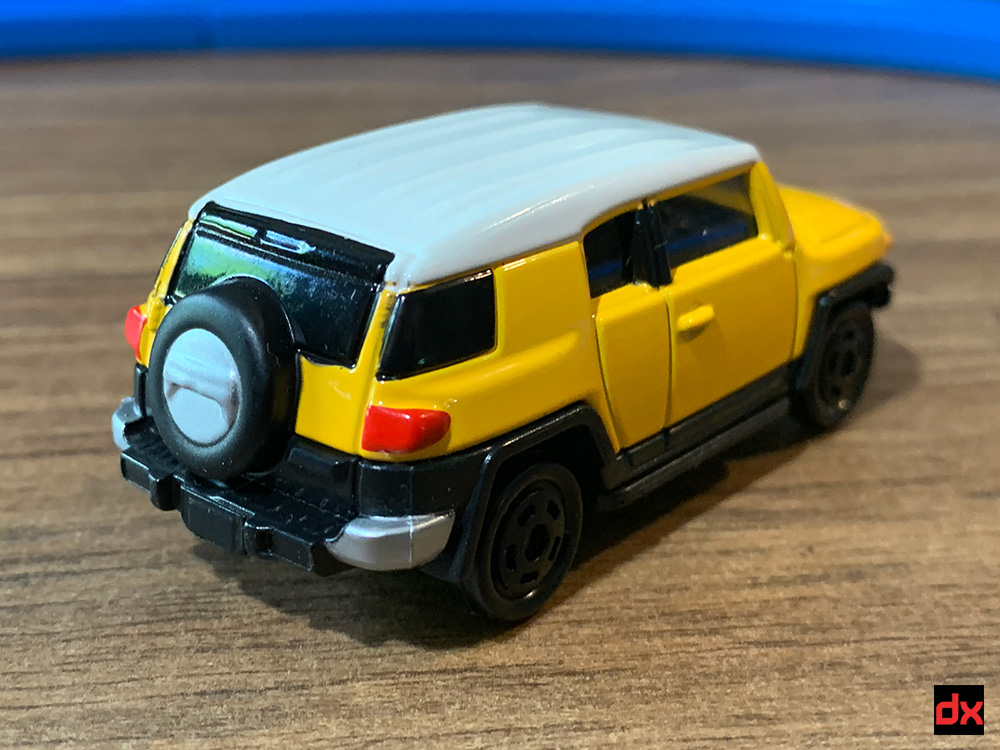 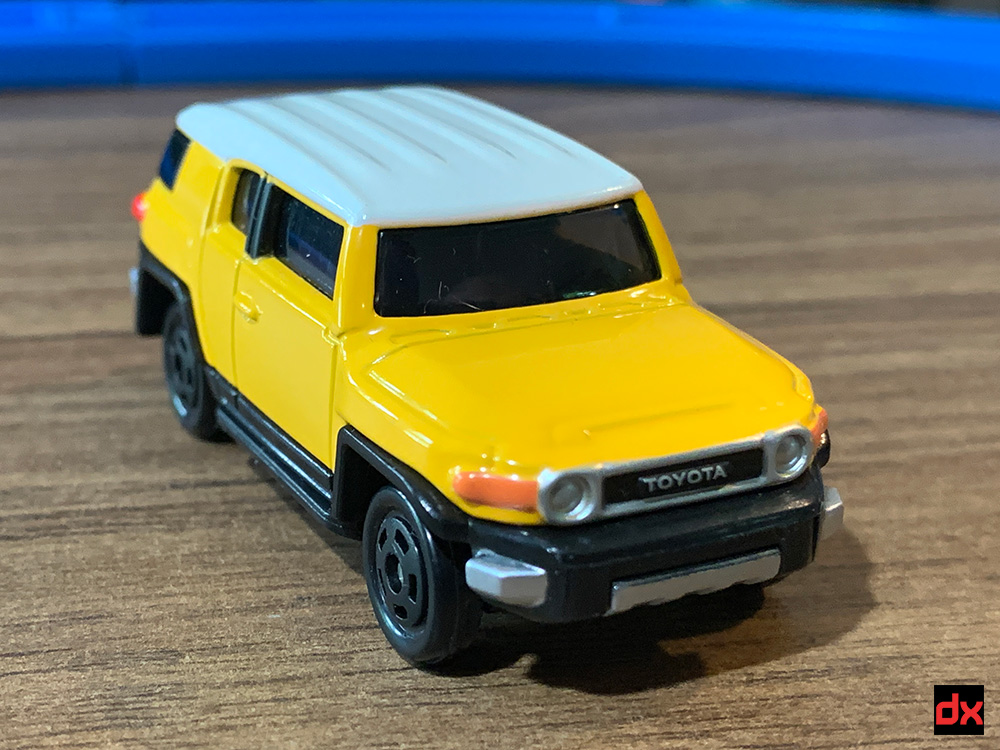 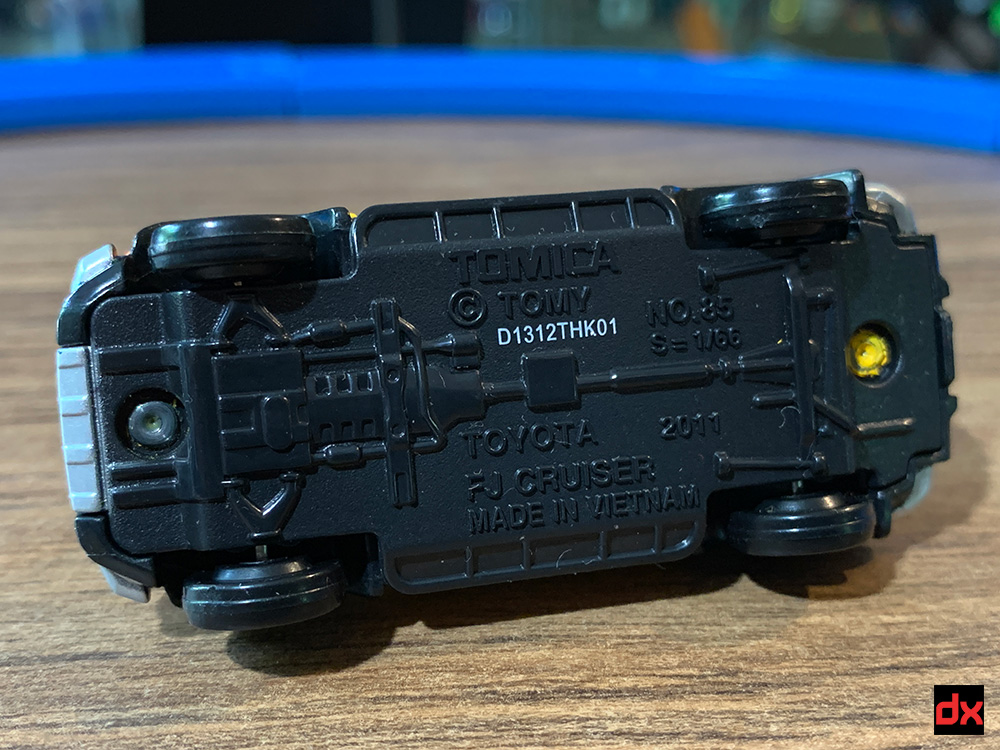