Surf-Finder comes from a line called Robot Racer, which was a series of 8 toys given away as premiums at Esso gas stations in Canada, the UK and other parts of Europe. The entire line consists of repackaged Change Robo / Magic Robo toys by the obscure Japanese toy company Maruka. As far as I can tell, they are the same toys, just repackaged.

They all came on their own unique cards, with artwork original to this release. The toys also got new names for this release, but appear to have retained their numbering. This particular release, Surf-Finder, was originally called Wagen Robo, and was #4 in the line.

The colors of this one don't match the artwork on the front, or on the instructions. It could be a variant or pre-production version but I haven't seen a blue one in the wild. 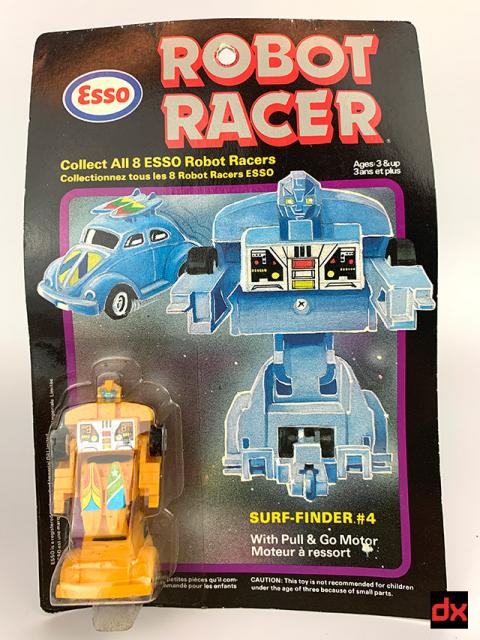 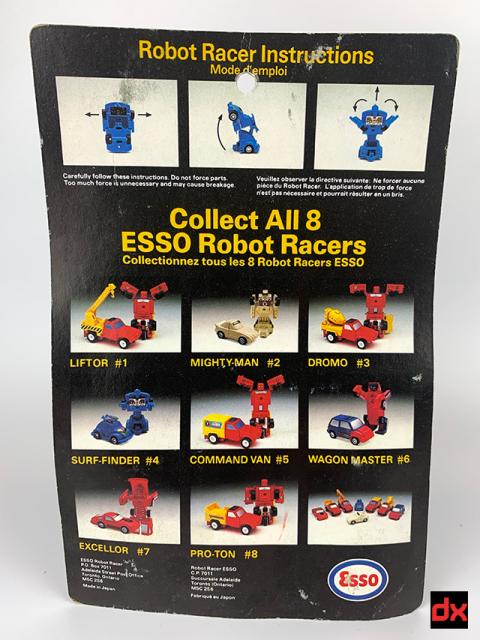 There's also a weird discrepency about what is the proper transformation of this toy. Note that the toy is packaged with the surfboards out, but in the artwork and instructions, the body is turned around. The original Japanese package had the surfboards in front as well. 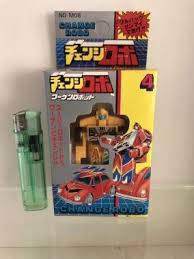 The artwork on the Japanse box has the surfboards in front as well. So that would seem like the correct position, right? Well here's the thing. The rear wheels, which become the feet in robot mode, have a pull back action. This is designed to work in both vehicle and robot mode due to the presence of the tiny third wheel on the section. But with the surfboards out, the pull back action actually makes the toy go backward! This is because in the car position, this action makes it go forward. If you rotate the section around to look like the artwork on the Robot Racers card, the pullback action works properly. So I have no idea what to believe. It LOOKS better with the surfboards out, so that's what we are going with. 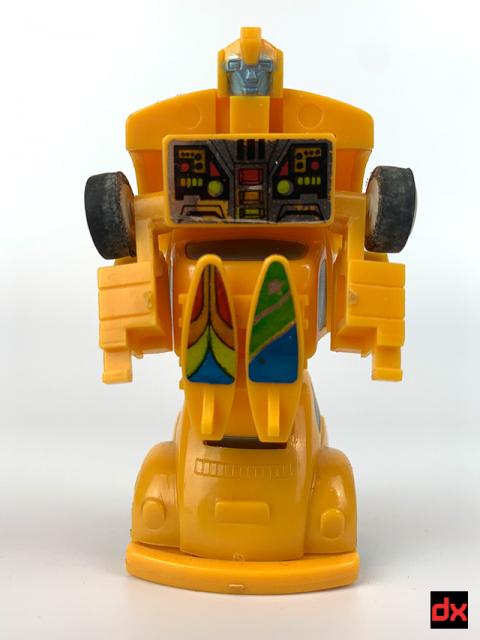 The toy is gangly and ugly, and the construction reminds me of a cross between the old Penny Racer toys and the original Transformer Spies. I doubt that it's any coincedence that this is a yellow transforming Volkswagen Beetle, Maruka trying to capitalize on the Transformer's success. To add to the similarity, the original Bumblee was originally from the MicroChange line, where it was disguised as a Choro-Q (Penny Racer) a toy car with pull-back action. 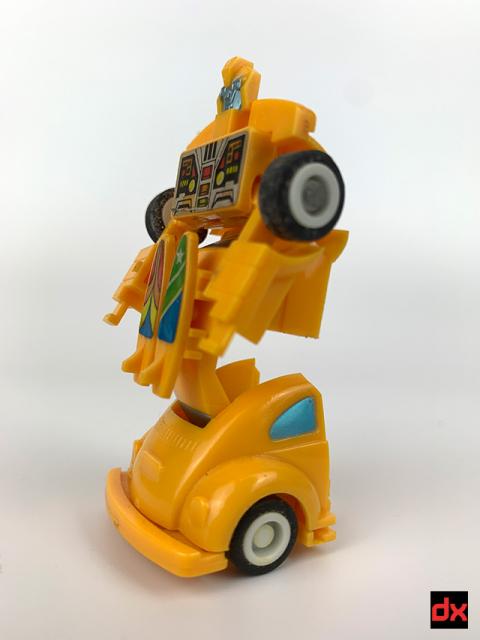 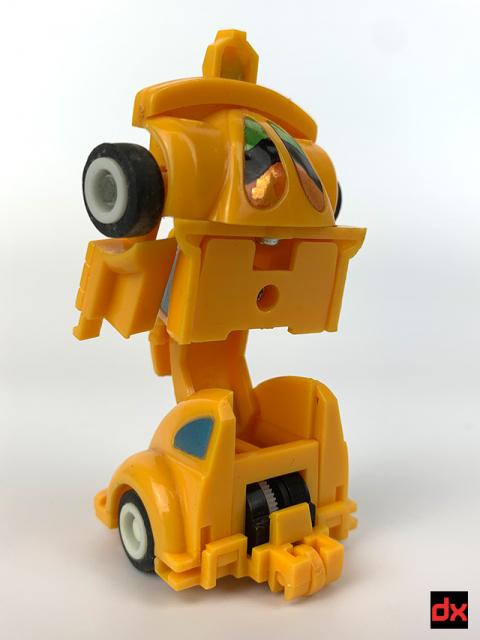 The stickers are bright and shiny, and the minimal paint applications are imprecise but sufficient for the type of toy it is. 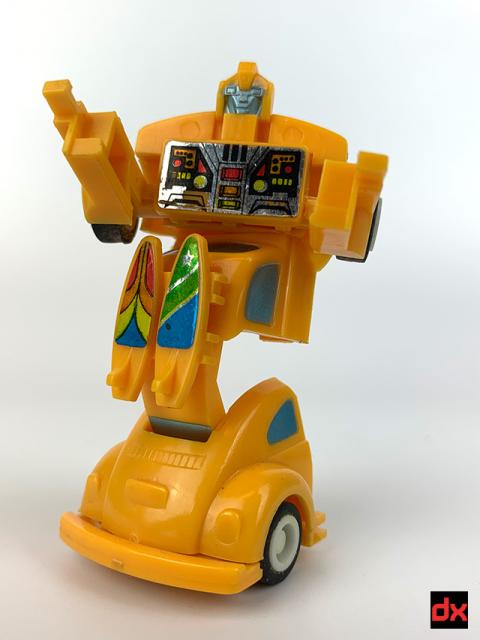 Below is the toy with the body turned to actually take advantage of the pull-back action in robot mode. Note the third wheel in front - useless in vehicle mode, but necessary in this mode. 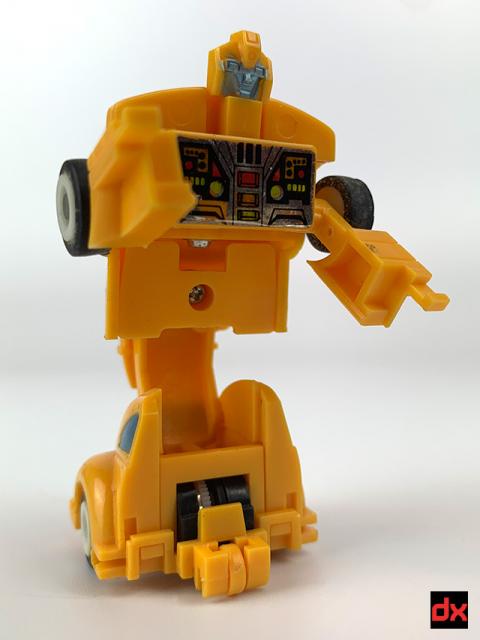 In vehicle mode it's a delight. Compact, slightly cartoonish, and it's got those cool surfboards on the roof. The wheels are rubber, and the pull back action still works, although a little diminished. 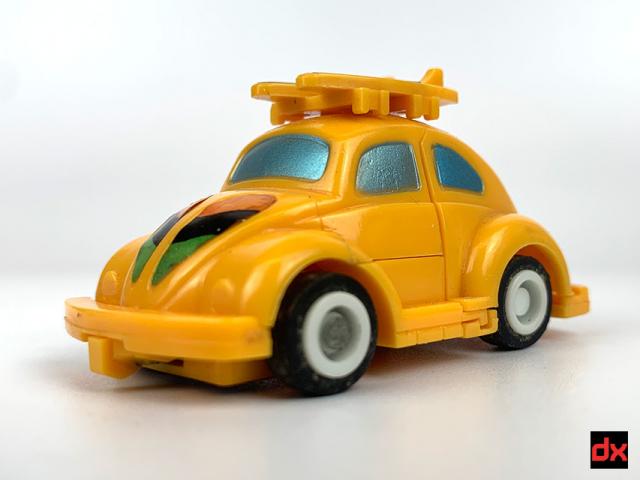 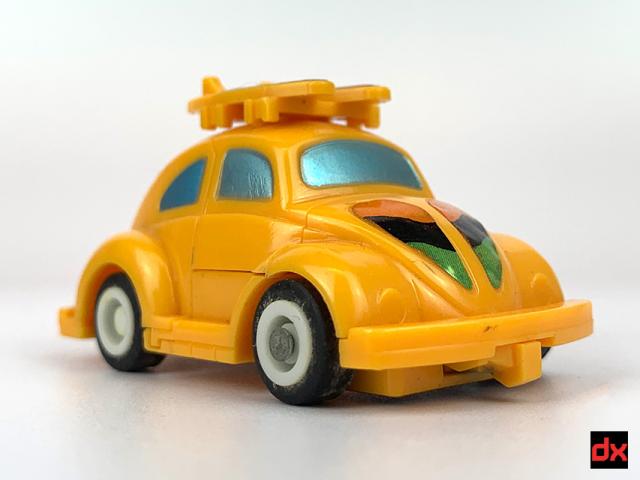 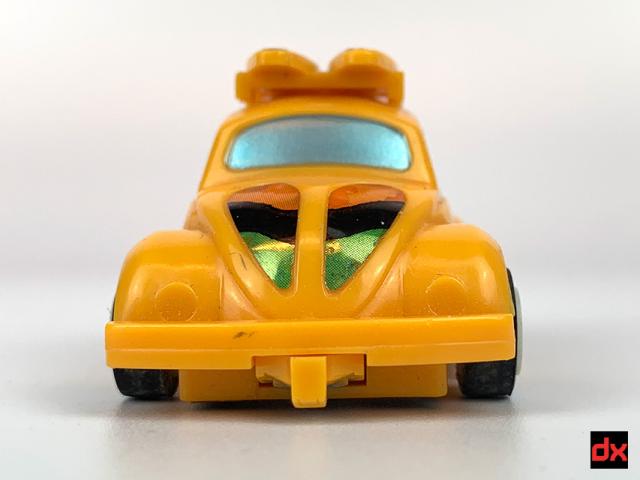 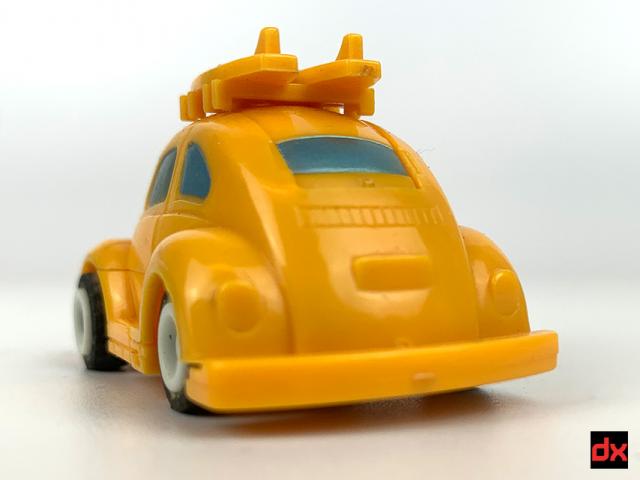 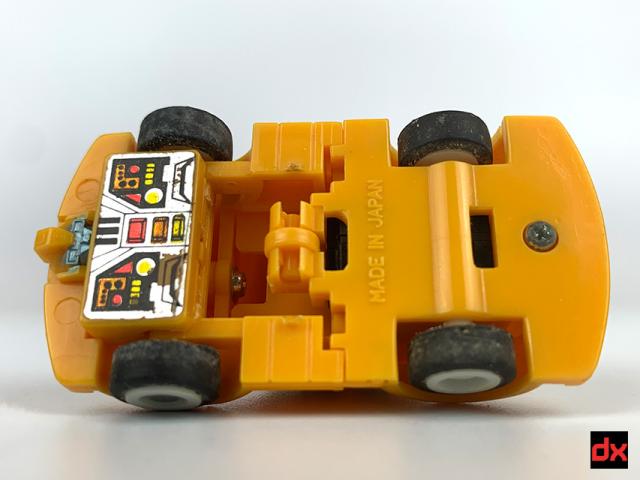