In 2007 DC Direct began a new series of manga-oriented 9-10 inch tall statues, sculpted by Udon Studios and based on some of their best known female characters, including Batgirl, Supergirl, Power Girl, Wonder Woman, Cheetah, and Catwoman. These have done relatively well and the series has continued with Hawkgirl, Wonder Girl, Zatanna. In 2009 we will see Harley Quinn, Poison Ivy, Black Canary, Huntress, and new Batgirl and Catwoman statues.

This series has greatly inflamed the internet, blogosphere and etc. for any number of reasons, but primarily for re imagining these comic book characters in sexy outfits.

I’m going to focus here on two of the earlier figures, Batgirl (39.99) and Supergirl (45.00), so that I can compare them later with upcoming releases. These are made from PVC and as statues, they lack any articulation or posability. 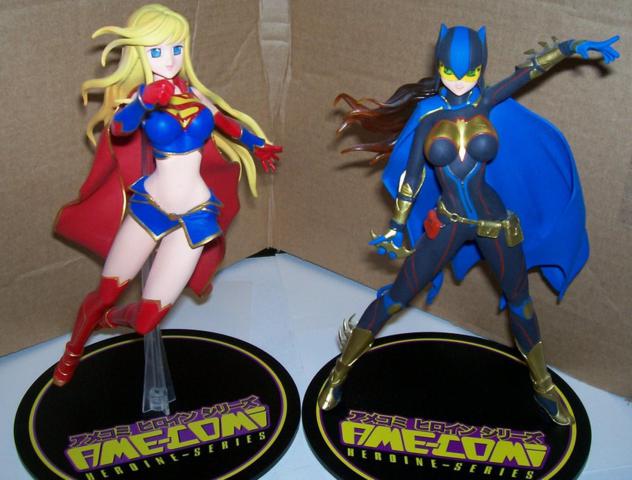 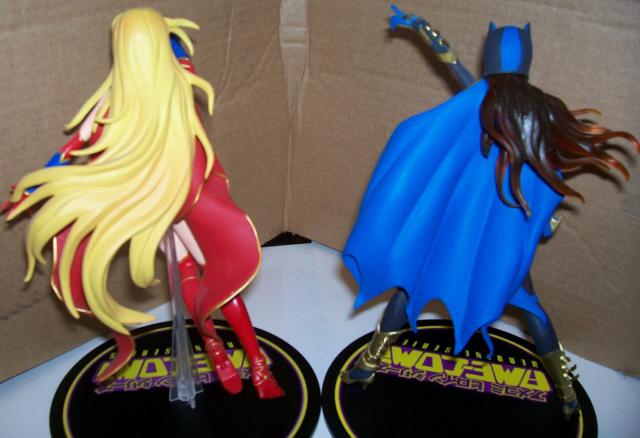 Supergirl is supported by a stand that poses her for flying. Both come in a four color box held in place by plastic supports. Others have reported that the twisty ties can scratch but I had no problems with this. 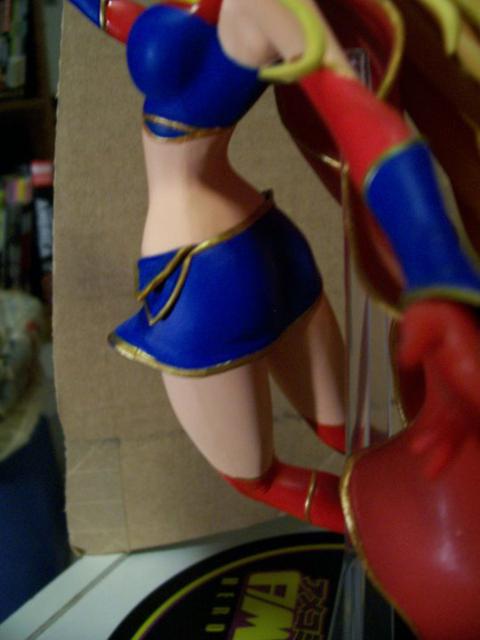 Contrary to what everyone complains about, I don’t think that the new re-imagined, designs for these characters is bad. I think the broad issues are actually with the quality and details of the figures themselves rather then with the original sculpt.

For both characters, the general look is pretty good. Colors and paint are strong, overall the look is clean and the general details (i.e, the sculpt) are not bad, but they aren’t great. I very much like the designs for these manga-DC characters. 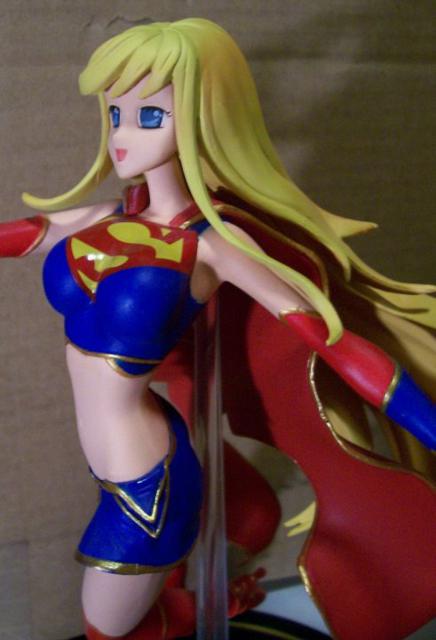 If I have any criticisms is that DC Direct or Udon Studios did not go far ENOUGH in making the characters more provocative or at least, did not add any more detail that would have made each figure a little more interesting. 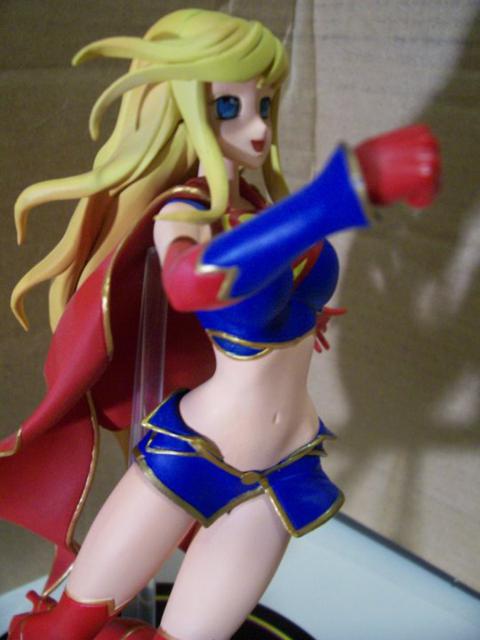 The immediate comparison for these is other Japanese-made superhero statues, such as the Kotobukiya Supergirl I reviewed a few weeks ago. But as I’ve mentioned before the fact that most of these characters are wearing corporate logos will preclude them having really edgy features.

From a distance and the right angle, they look okay but when you get REALLY close? You start to lose the character that so many Japanese statues have.

It’s In the Details…

The problems with these figures is in the fine details. The Supergirl for example, has a tank top costume with an open abdomen, but if you look closely, there’s no musculature or texture features on the skin or legs which really takes away from its appearance. 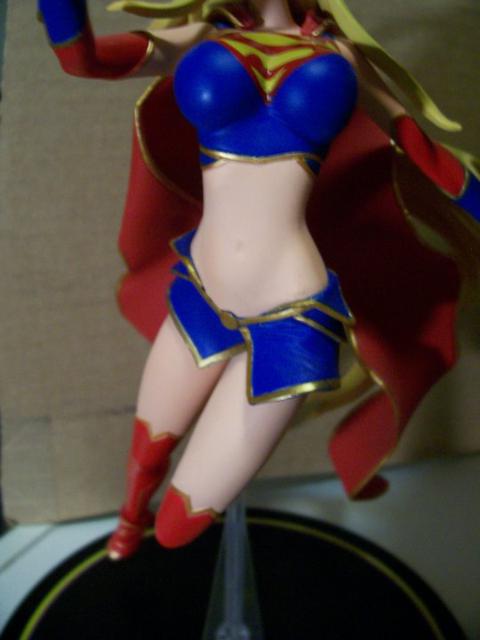 One of the easier ways to help fix this would be to have details like nipples on the figures (as many of the Japanese sculpts do) or just about ANYTHING that gives them a bit more character and takes them away from the sort of “generic action figure look” that makes statues different from what you can buy in a discount $1.00 store.

Supergirl’s costume was actually almost flush with her skin instead of appearing on top of the body surface. Another one of those details that doesn’t add to the statue’s character, giving it that “less then Japanese figure” look

1. Supergirl’s overly huge eyes and long stick-like neck gives her a kind of creepy doll like appearance if you see her from the wrong angle. (but doesn’t look as bad when seen from the right angle).

2. Breasts on BOTH figures look almost identical and with no features they convey a sort of generic look that takes away from the overall effect.

Let me reiterate: These are NOT bad statues and I am reviewing the very earliest of the figures in this line. I actually look forward to seeing the newer statue designs. I think that if you enjoy the DC comics characters these will probably make a fine addition to your collection. The Ame-Comi line has a lot of promise, and I will continue to buy them-but I hope that they put a little more effort into making them a bit closer to the statues that they are trying to emulate.