Tamashii Buddies Piccolo was provided by Bluefin Tamashii and is available at Amazon, Big Bad Toy Store, and Entertainment Earth.

Bandai released a bunch of Tamashii Buddies based on popular Dragonball Z characters, so let's take a look at the fan favorite villain turned hero, Vegeta! 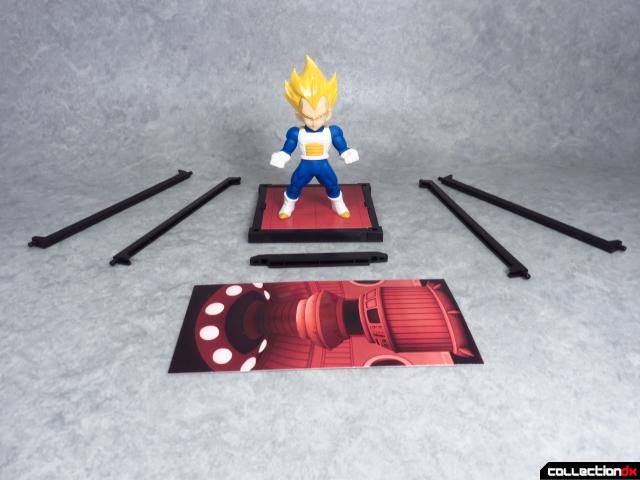 The Tamashii Buddies Super Saiyan Vegeta comes packaged in the same type of box as Piccolo and like him included a backdrop, four struts, and a cap piece. 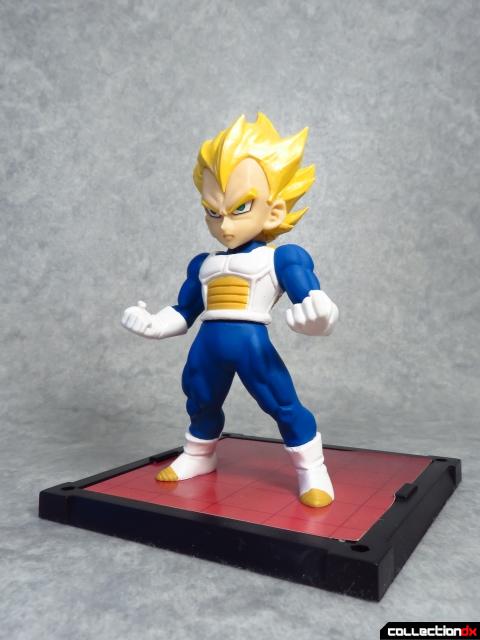 This figure represents the Z Fighter when he first became a Super Saiyan. Even in SD form, he stands triumphantly with his fists clenched and his crotch proudly thrust forward in defiance. Like Piccolo, Vegeta has a terrific sculpt with excellent paint apps. 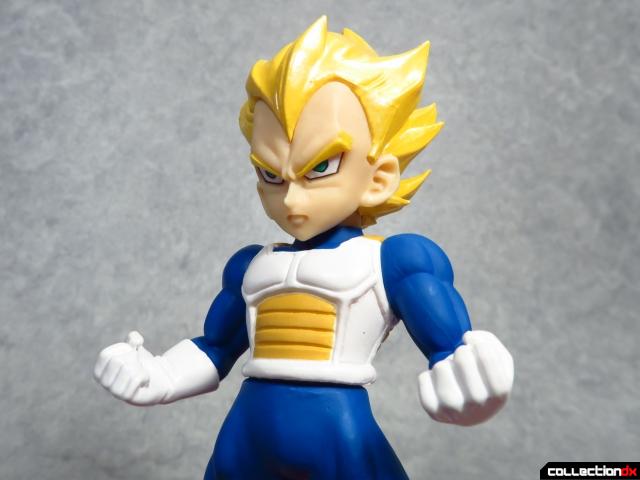 Vegeta has a perfect scowl on his face and the trademark golden hair of a powered up alien monkey man. 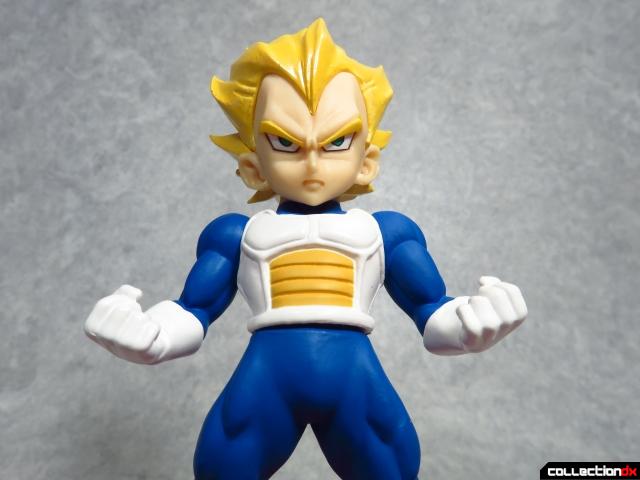 Since Vegeta has always been shorter and squatter than his allies, this chibified rendition doesn't feel too far off from his normal appearance. 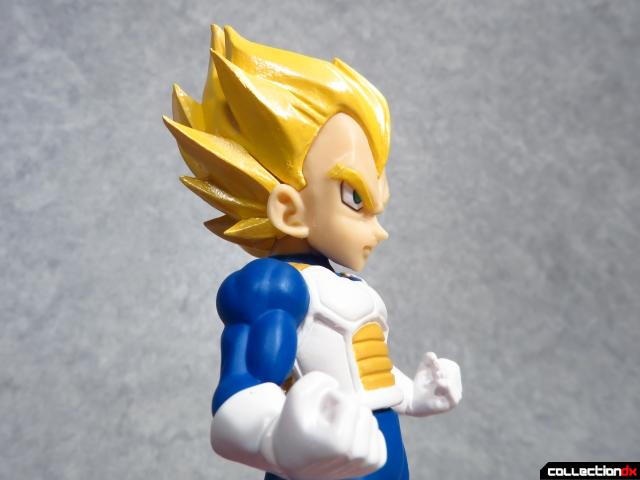 His face looks pretty spot on in profile too. The only thing that looks slightly off is a small seam above Vegeta's right ear. 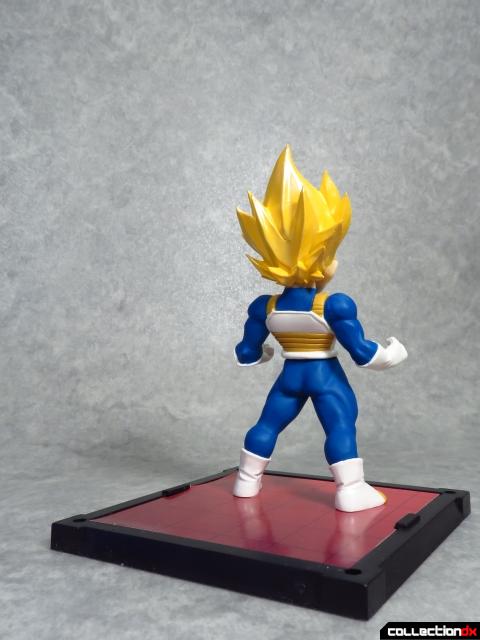 The shiny printed image on his base provides a simple mirroring effect. As with Piccolo, Vegeta is fixed to the base and cannot be removed. 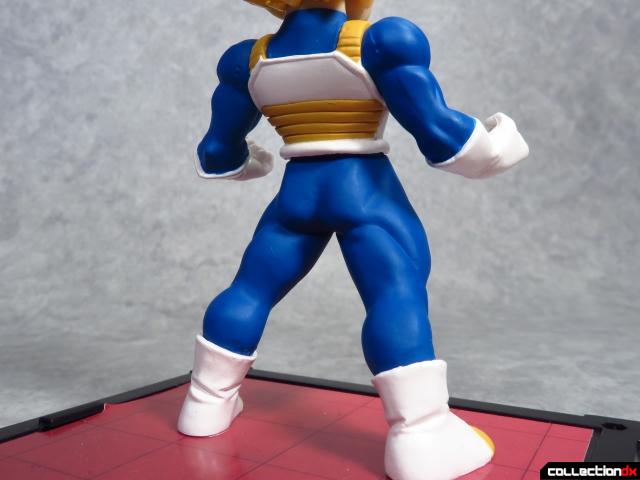 As an aside, taking pictures of this figure made me wonder if discerning Dragonball Z fans judge their Vegeta toys based on the firmness of his posterior. Most merchandise of him is going to be clad in his one piece battle outfit so that butt better look good. 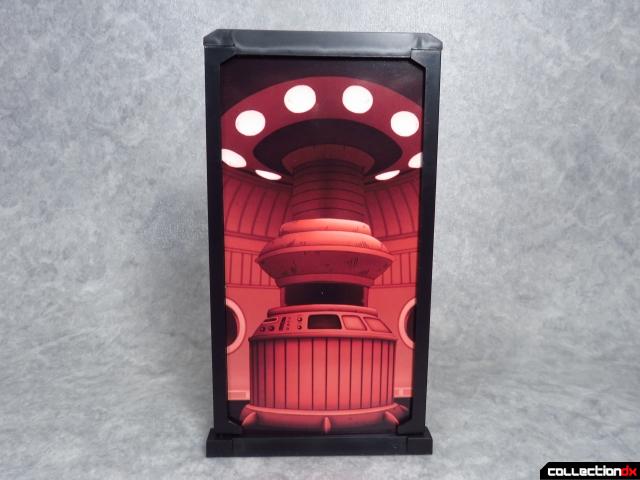 The included backdrop replicates the interior of the Capsule ship Vegeta used to train his body at 450 times normal gravity. It is a high quality print on a piece of card stock. 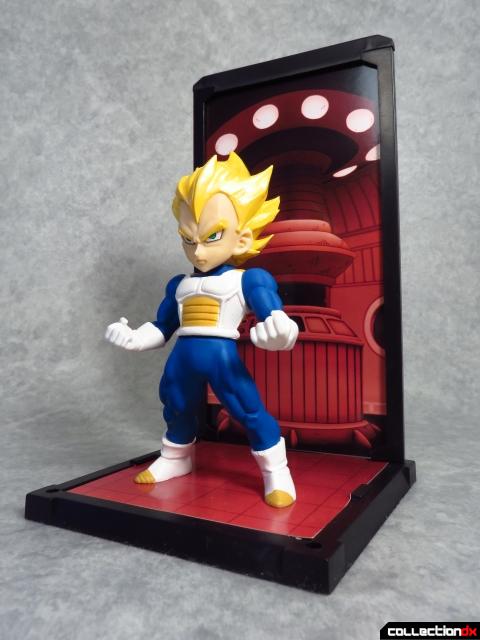 When fully assembled, the miniature diorama is quite eye catching. 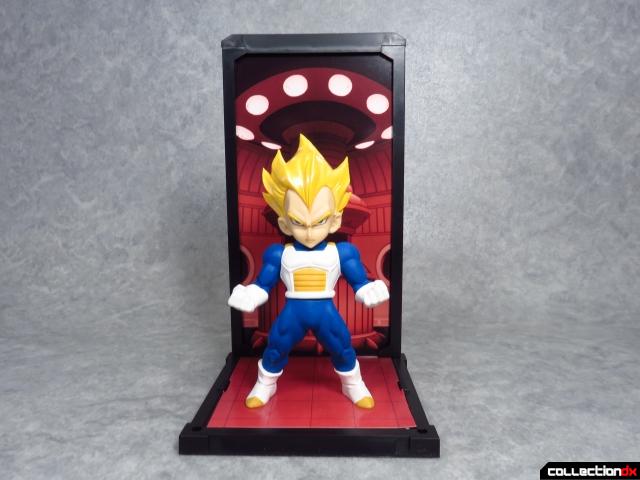 While this doesn't really represent what happened in the series, the overall effect is pretty good. Also, I am guessing Bandai wanted some variety and eschewed giving Vegeta a similar looking desolate battleground seen with some of the other figures. 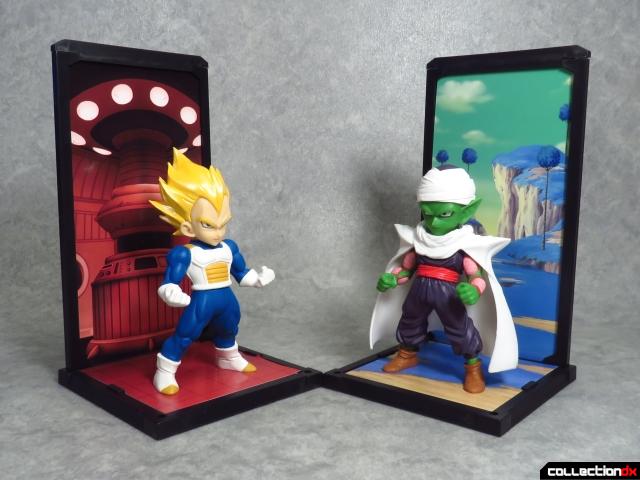 Tamashii Buddies look at great when displayed together. 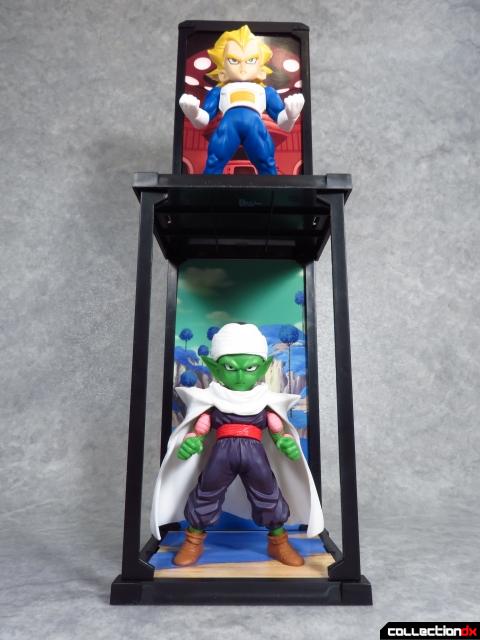 And they can be combined into a tower of power using the included struts. 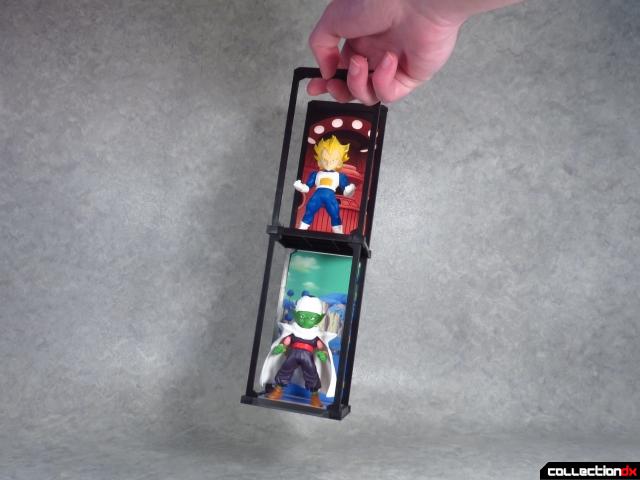 Everything pegs together solidly and you can even lift up the whole display without it falling apart. I used the extra parts and backdrop cap to make an improvised carrying handle.

The Tamashii Buddies Super Saiyan Vegeta is another solid entry in this recently launched toy line. While I do hope fans get the variety they want from it, owning this Vegeta figures makes me wish they would make a toy of his original look with the extra waist armor and shoulder pads. It would give them an easy excuse to make an original anime color variant with its funky apple orchard look.

Thanks again to Bluefin Tamashii for this figure. Super Saiyan Vegeta is available at Amazon, Big Bad Toy Store, and Entertainment Earth.