I can't say that I have any particular love for the character of Combattler V, but even if I hated it, I would never wish this sort of rendition on him. This is almost a slap in the face to the poor guy. Galba's Robo Kress toy was bad, but at least it stole the overall design from the Takemi Big Robo toy and just dumbed it down a bit. This....this is atrocious...

But for as bad as it is, in a way, I love it. Because it reminds me of the sort of cheap, generic toy you might see drawn into animated Christmas special. Yes, I'm pretty sure this thing was made by elves. A human mind would just never conceive of something like this, much less create it with the belief that you could sell it for money. Nope, no human would make this and no right thinking human would buy this.

It almost looks like it's laughing at me, doesn't it? 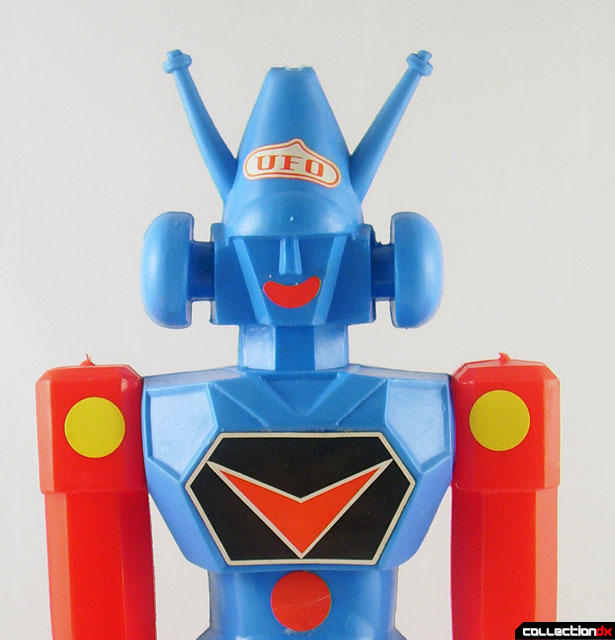 Combattler V stands 14" tall, is made entirely of cheap polyethylene and was sold in a bag with a generic header card. It features SEVEN dots (4 yellow, 2 black and one red!) among it's very elegant stickers. One sticker even says "Star Boom". 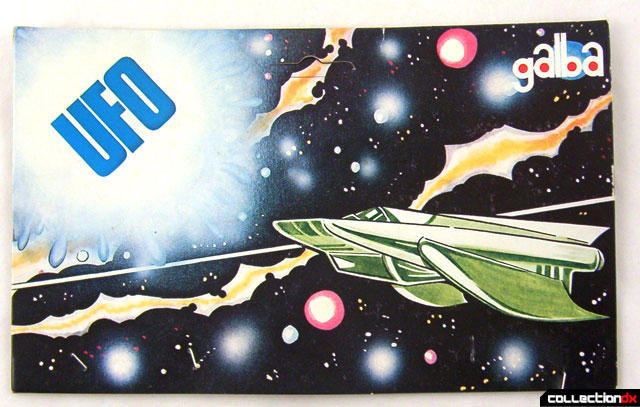 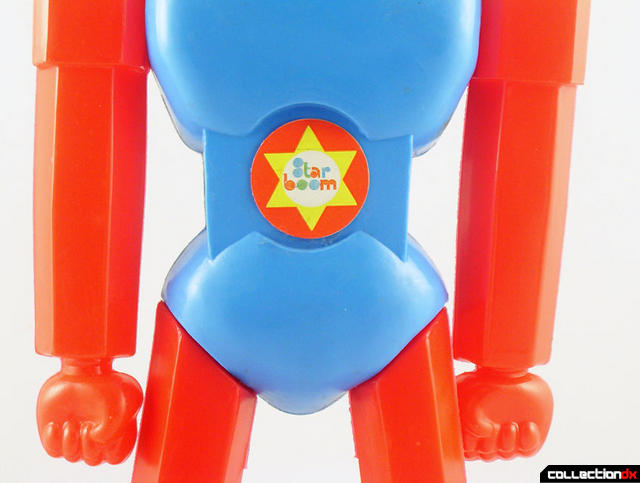 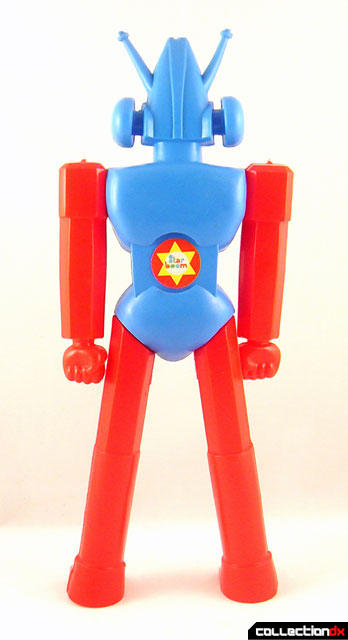 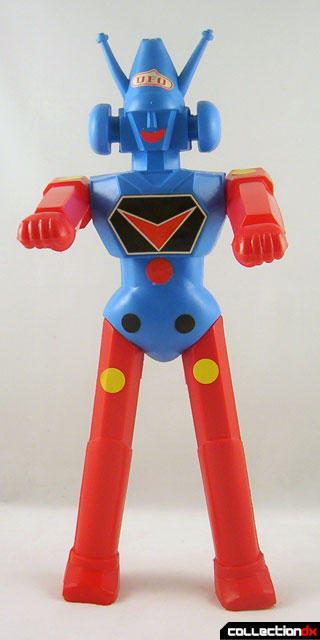 I laugh my bottom off. Not only the funny feet, but the smiling face. Dave, your reviews on bootleg items always giving me a reasons to smile in the morning.