“Andros is the Red Space Ranger of the Space Rangers and brother of Astronema/Karone. He is a human from space colony KO-35, and possesses telekinesis. When the Turbo Rangers left Earth after their Command Center was destroyed, Andros found them and gave them the other four Astro Morphers.”(Source: Ranger Wiki)

I’m going to preface this by saying my opinion is probably in the minority of Power Ranger fans and this review might be a bet overly critical. I realize these toys are designed for young children four and up, but this specific line of Red and Sixth Rangers from past series is obviously targeted towards older collectors. 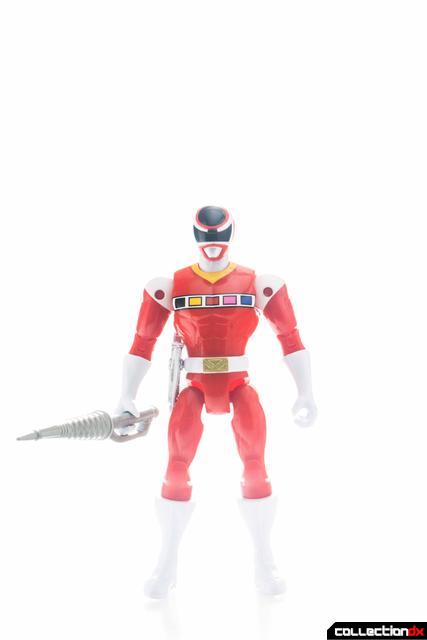 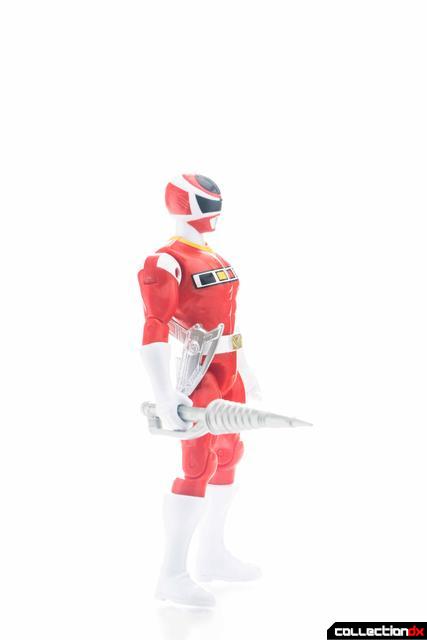 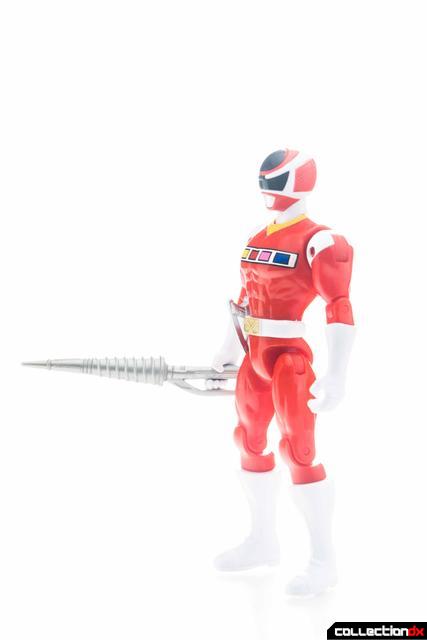 I tossed the packaging for the Red Space Ranger, which is the same blister card packaging used for all the Super Megaforce figures. You can check Gazbot’s Titanium Ranger Review to see how it looks. The Power Rangers in Space/Megaranger suit designs were fairly simple designs but the roided up proportions Bandai of America is so fond of makes him look a little awkward. I believe all the SMF figures use mostly identical parts minus a few unique parts/head and paint applications. 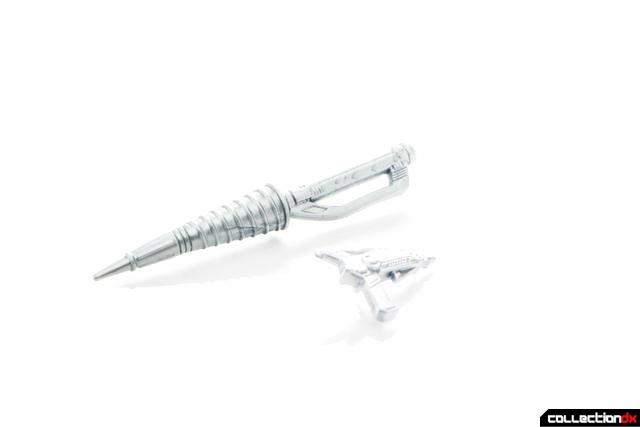 Included are two accessories, the Astro Blaster and Spiral Saber. Both are silver and made of soft plastic with molded details. 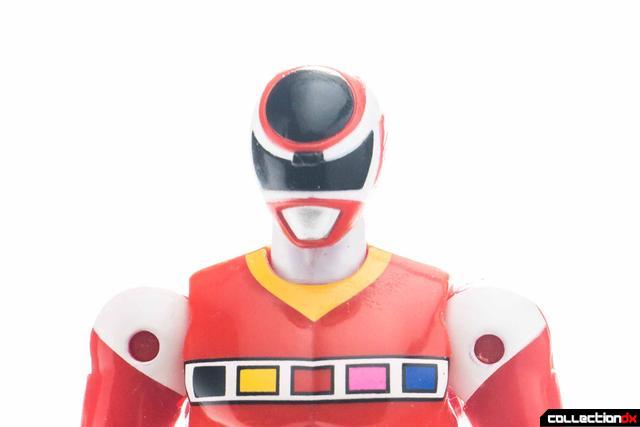 Surprisingly, the tampo printing on the chest is crisp and clean while the head sculpt and paint application look good. Considering how little effort it feels like went into these figures, I would not have been surprised if they had used a sticker on the chest instead. 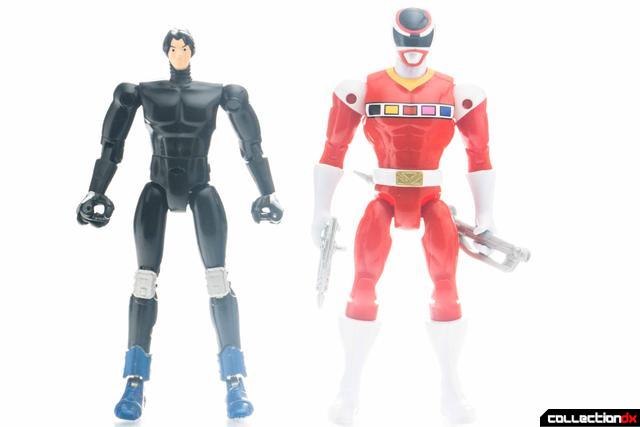 Like most Bandai of America Power Rangers figures, Red Space Ranger is pretty ridiculously muscular and throws off his proportions. Dude’s working too much on his core and not enough in the arms and legs it seems. It’s debatable who has sillier proportions, a Souchaku Henshin or a SMF body. 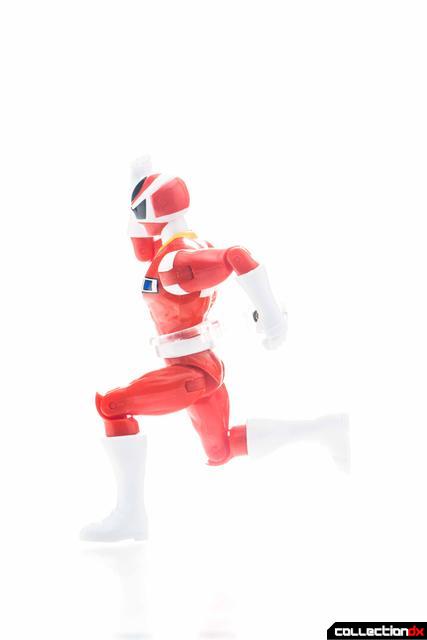 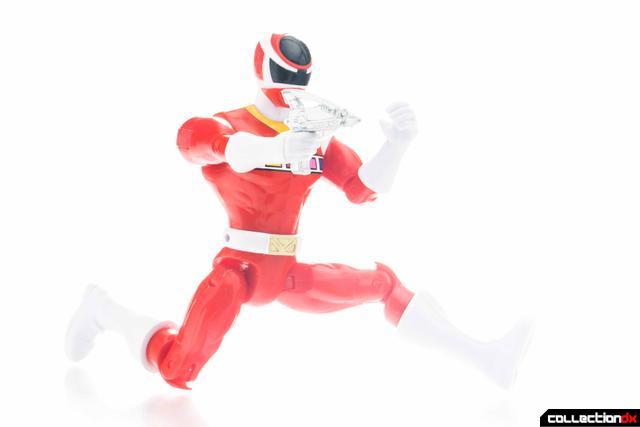 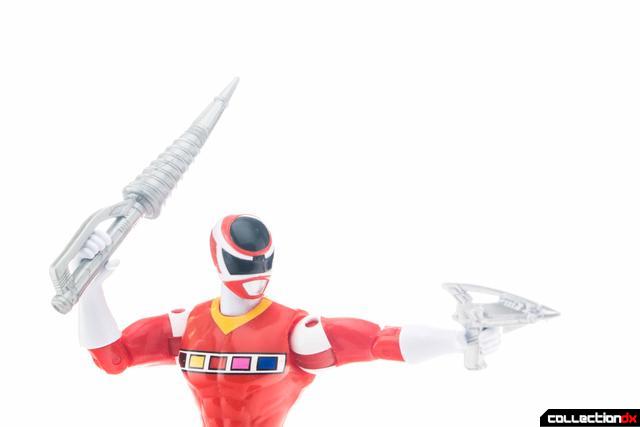 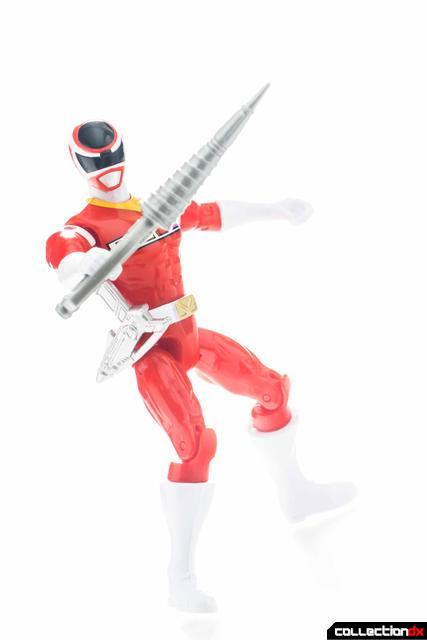 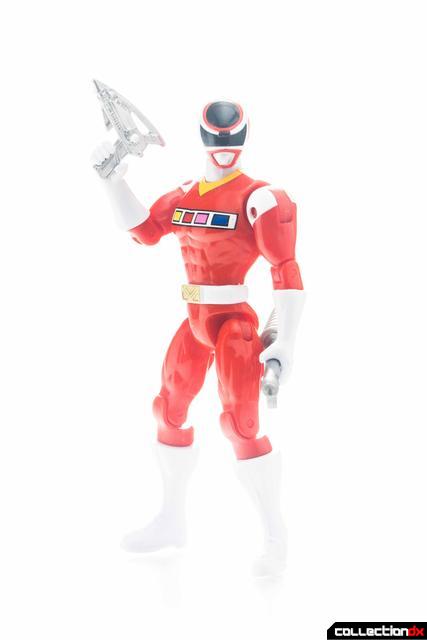 Articulation on Red Space Ranger and the other SMF figures is pretty poor. Honestly, I think the lack of bicep/thigh swivels and a waist joint is insulting. They did add swivels in the wrist and calf, but they feel kind of useless without having access to bicep/thigh articulation.  At ten dollars per figure, the lack of articulation really shouldn’t be acceptable. You can buy a GI Joe or Marvel Universe figure for roughly the same price which has significantly better articulation and reasonable body proportions. Even a 3 dollar Mega Bloks microfigure has better articulation and can be posed in much more dynamic poses than the Red Space ranger. 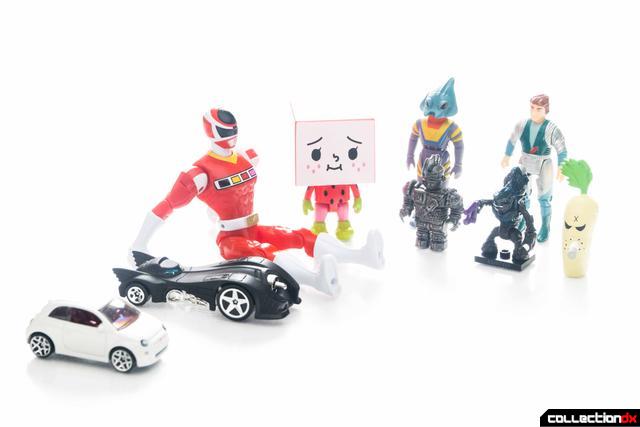 I looked around my desk for things that had less articulation and cost less than the Red Space Ranger. Dollar Hot Wheels, nearly 30 year old Dino Riders and some other random stuff was all I could scrounge up. 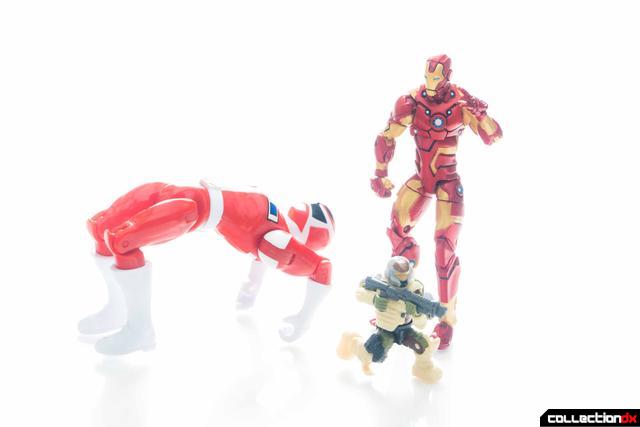 I forgot where I put my GI Joes,but a Marvel Universe Iron Man and Halo Mega Bloks figure both have superior articulation. 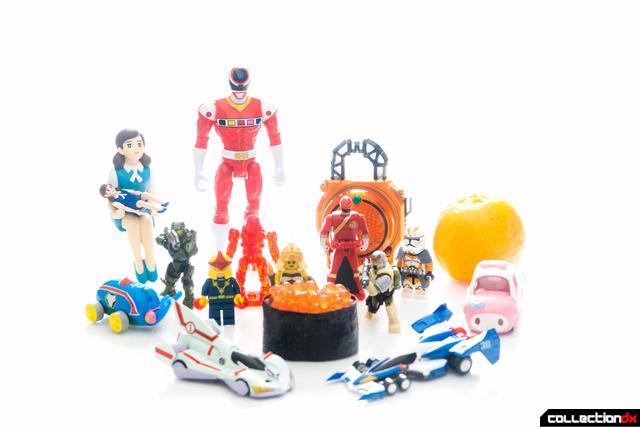 Here we have a bunch of items that have less articulation and are cheaper than the Red Space Ranger. All of these items are superior to a SMF figure. Did you know you can buy a 5lb bag of oranges for five dollars? I will gladly trade this figure for 10lbs of oranges. 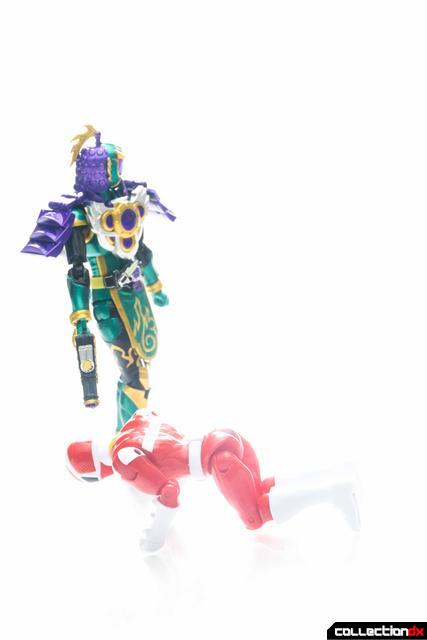 I really wouldn’t recommend the Red Space Ranger or any of the other SMF figures unless you are a hardcore Power Rangers fan. I know the appeal of the line is that many of the characters do not have SHF versions, but ten dollars for a figure of this caliber is just too much. Most of the additional Red/Sixth Ranger figures from the line are from shows that probably aired before they were even born, so it seems pretty evident that these are intended for adults that grew up on Power Rangers. The popularity of these figures among collectors and the fact that the Bandai of Japan will be using these silly, poorly articulated bodies for their Ninninger figures seems like they will be here to stay. Me? I’d rather have 10lbs of oranges.

In the picture where it says cheaper and lesser articulation, you put a Mega Bloks figure. That doesn't deserve to be put in there.. Great review with great pictures as always!