Reviewing these Hercules figures gives me deja-vu. This is one of six releases that will eventually come together to form Hercules which is TFC Toys third-party equivalent of Transformers G1 Devastator. Their goal was to create a modern representation of Devastator using modern technology. So far so good. Sure there are a few QC snags which they eventually take care of, but the eventual combining of all six figures seems to be one of the most massive third-party releases to date. Make sure to check out the reviews of the previous figures here on CDX.

Today we'll be taking a look at Structor which is also known as "Non-Scrapper". Scrapper would be the official name of the character from which this is based. He comes in the same box as all the other Hercules figures with the only difference being the box art which is exclusive to each figure. The box art is actually quite nice. 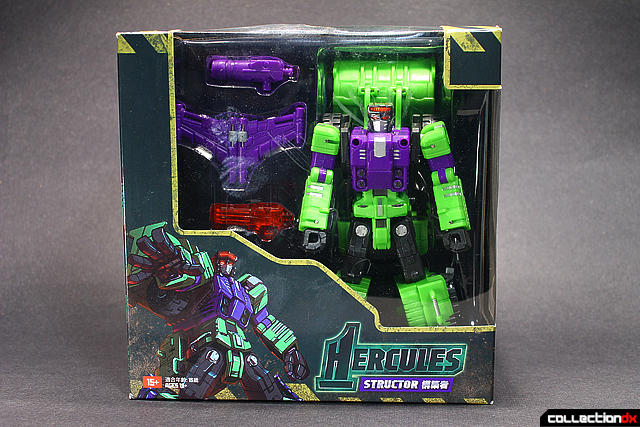 The set comes with two-color instructions and a full color glossy spec-card. 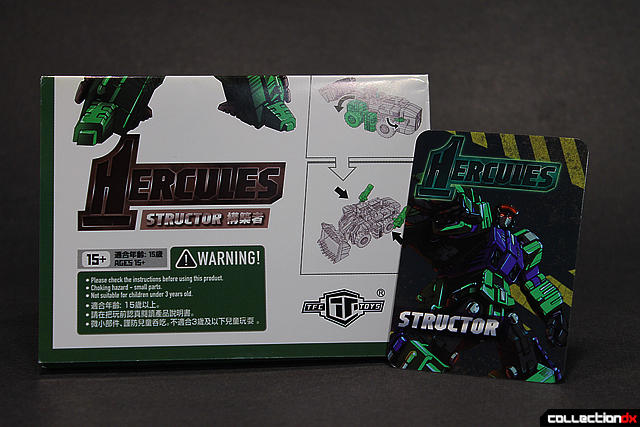 The figure is done quite nicely as always. These figures show off their CAD rendered heritage which seems to be the norm these days. 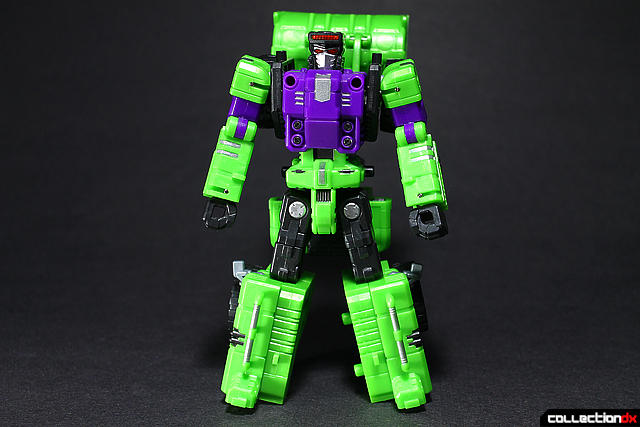 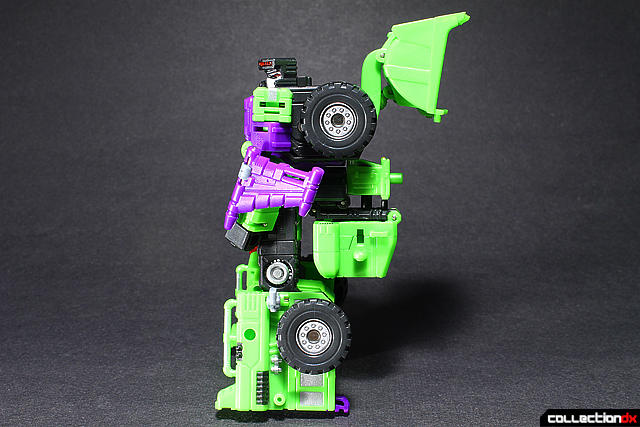 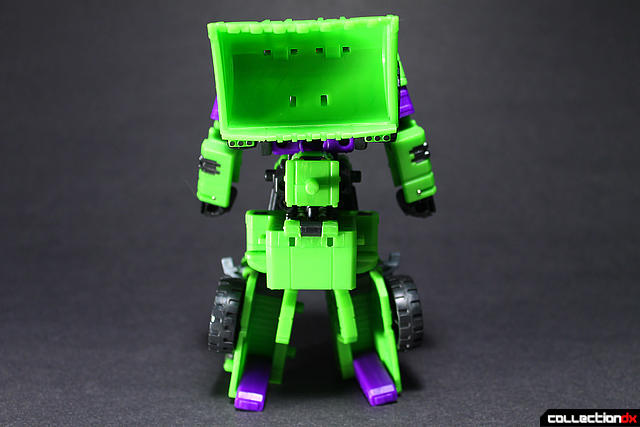 The head has a generous light-piping which I did not take advantage of in this picture. 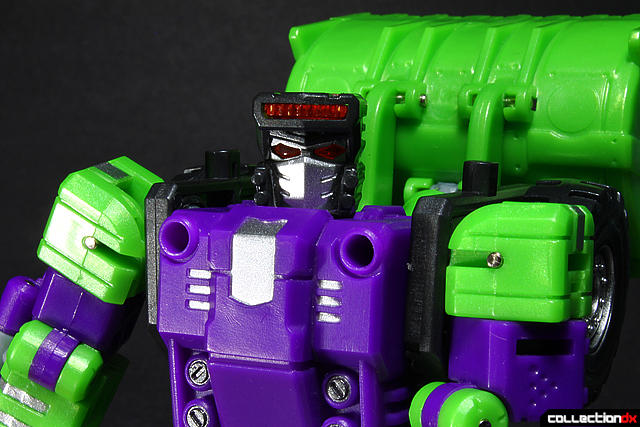 A common theme due to their computer-assisted design is their blockiness which I totally dig. Gives a nice old-school feel to the figure while remaining modern as seen in it's ability to overcome it's blocky design and still pull off some poses. Shown are the two guns that come with the set. 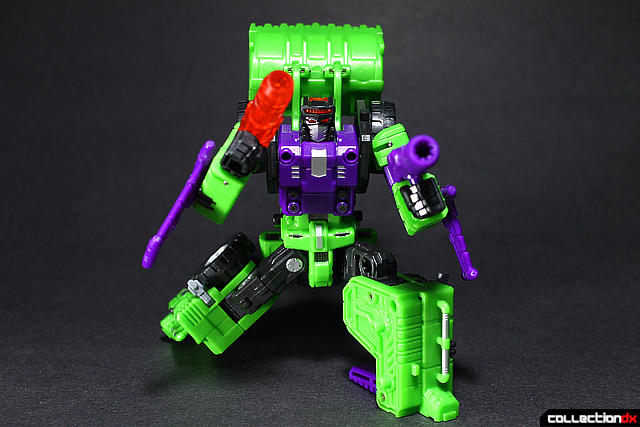 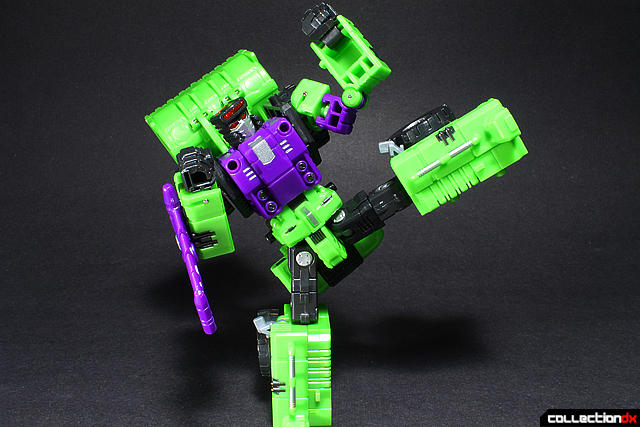 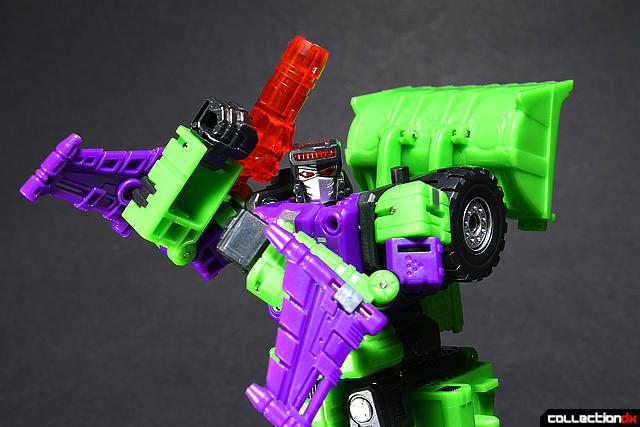 Here is Structor's alternate mode. TFC has done a pretty good job at making a figure that looks good in both modes. The vehicle rolls freely on one-piece plastic wheels. Here, I've attached the wings to the side. 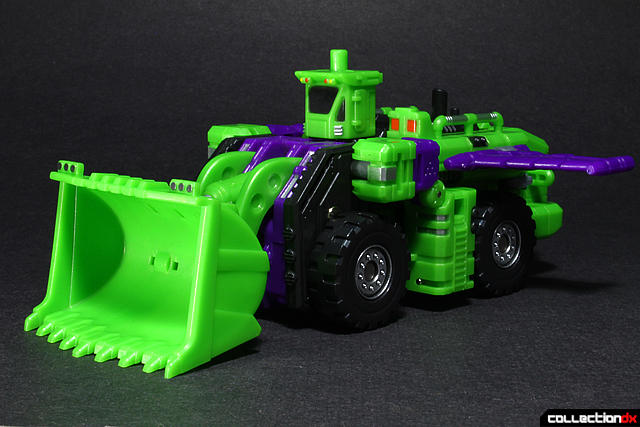 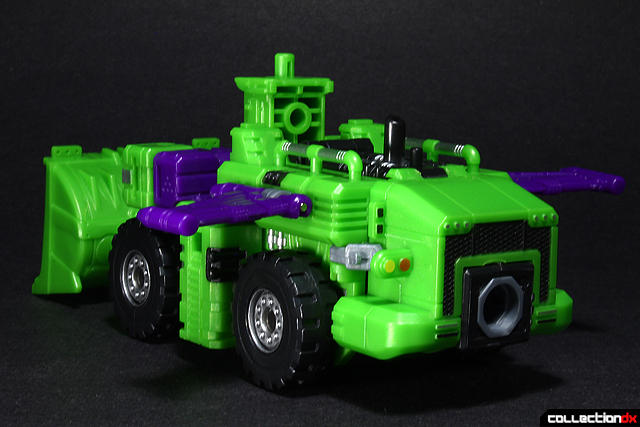 The guns can also be attached to the side of the vehicle. I think it gives it a look of sporting a crazy diesel engine with huge exhaust canisters, or you can just have them be weapons. Your choice. 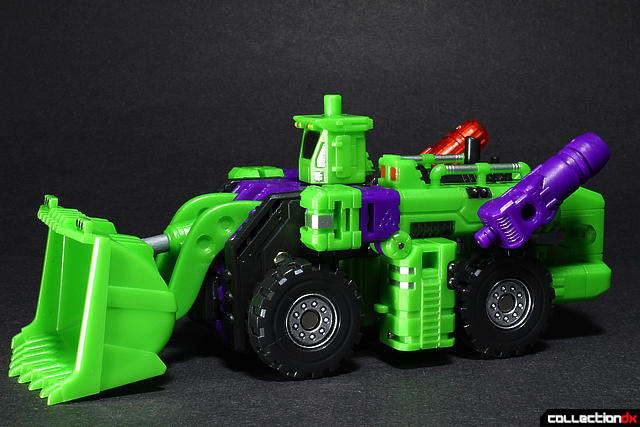 A common theme running across the line is the working machine parts. Structor's shovel can swing up just like a real truck. If real trucks were green and purple and could transform. 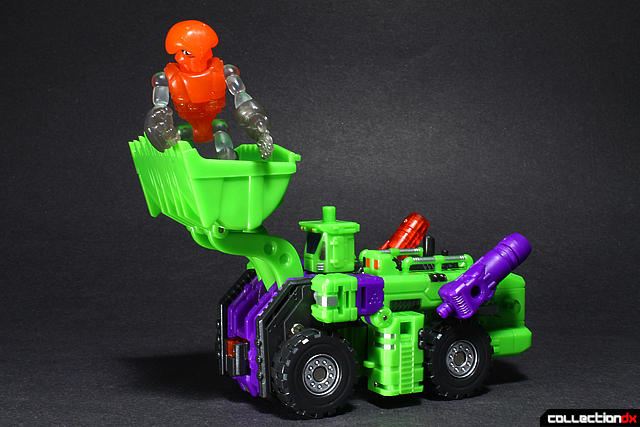 Structor's third mode is Hercules' lower leg. As you can see, it is going to be a monster. This is nothing new as we have already had glimpses of the other parts. 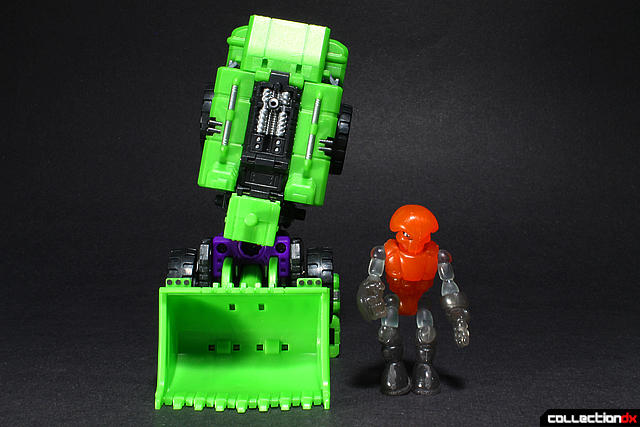 The good news is that I haven't had issues with this one stripping anything so far. It seems that TFC is now greasing up the parts to lessen the chances of damage.