The late 1970’s brought many great new kits to the marketplace, some which are still manufactured today. One of the most popular trends for modelers and manufactures at the time was dioramas. Makers such as Monogram, Airfix and Hasegawa manufactured separate diorama accessory kits or included figures and vehicles in larger kits and even sometimes including a pamphlet on how kits should be adopted into a diorama setting. 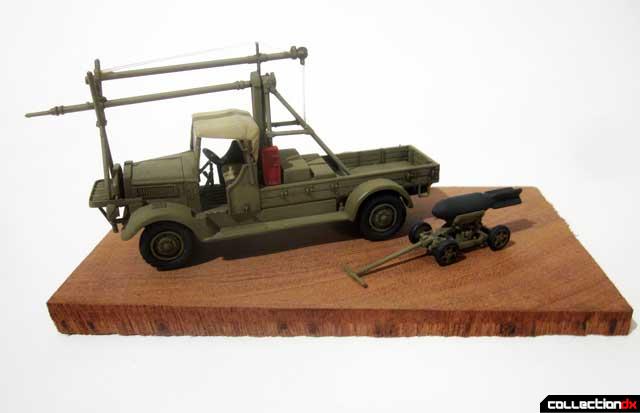 What made this interesting was that manufactures would produce a kit of an obscure native vehicle that other makers would not even consider as it was outside the realm of their products or national interest. Hasegawa released two Japanese vehicles during this time to go along with aircraft dioramas, The Isuzu Gas Truck and Starter Truck Toyoda GB in their 1/72 line of tanks and trucks. Over 30 years later Hasegawa still produces these unusual kits, how do they fare up today for modelers?

Toyota Jidosha early history started in 1924 when founder Sakishi Toyoda invented the Model G Automatic Loom. With money made from their Loom works they invested into the automotive industry creating their first vehicle in 1936. A year later Toyoda changed its name to Toyota Motor Company as “Toyoda” meant Fertile Rice Paddies and the stroke count went from 10 ダ to 8 タ with 8 having a good luck connotation. 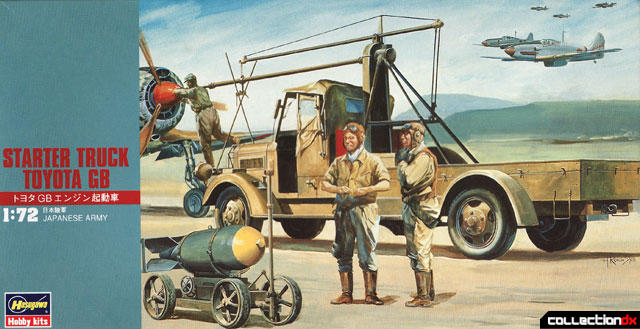 What is interesting about the Starter Truck Toyota GB is that this was the first truck ever manufactured by Toyota, being manufactured in 1940 through until the end of WWII. What is a starter truck you may ask? Prop planes in WWII needed a charge to get the propeller started and many special devices were developed to get the engines fired up. The USA in WWII for example had a gun charge that fit into the side of the engine and fired a charge into the side of the engine to start it. In Japan these trucks would drive up into the front of an aircraft and attach themselves into the engine. The driver of the truck would change their gears and the engine of the truck would charge the engine of the aircraft. This Toyota GB was one such starter trucks. 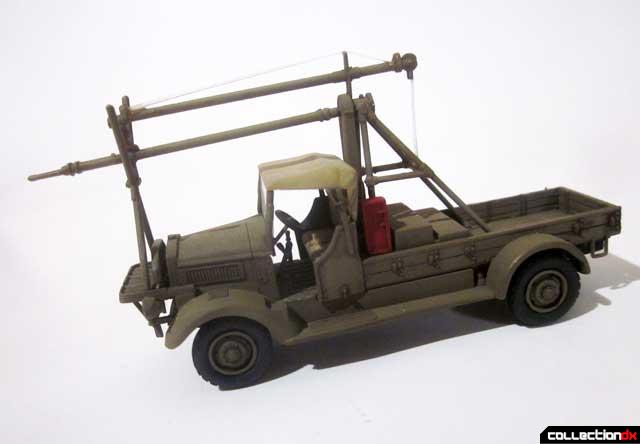 I have been trying to peg down the release dates for these early 1/72 Hasegawa series kits and I have never been able to get an exact date. I am guessing they started to get released in the late 1970’s and continued to be released until the mid 1980’s. By the late 1980’s as a kid I considered these kits “old” as the new Hasegawa kits were beginning to hit the market with their beautiful box art, Gunze paint charts and huge detailed decal sheets. 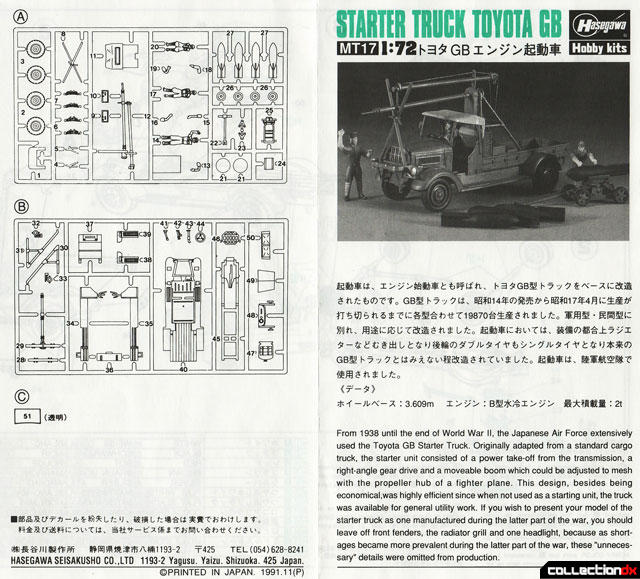 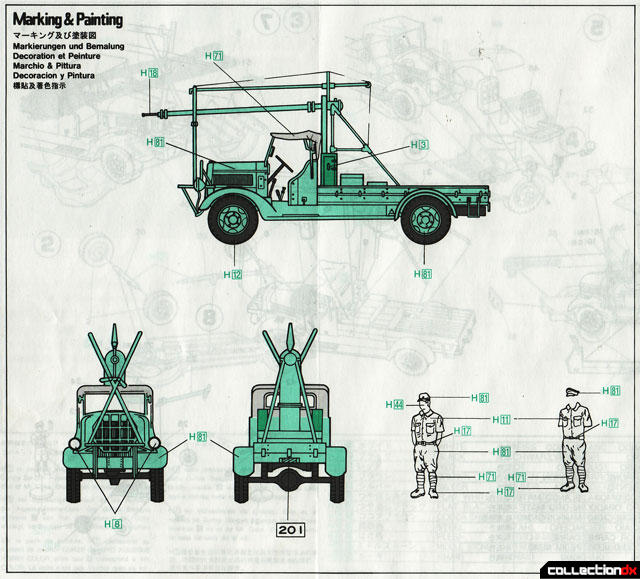 The kit includes: 2x sprue, 1x decal sheet, 1x instructions, 1x clear window. Options include notes to cut off the fenders and lights for a late war stripped down version. I am sure one could leave off the starter portion of the truck and leave it as a normal truck but I could not find period photos of this set up although I am sure it must have happened. 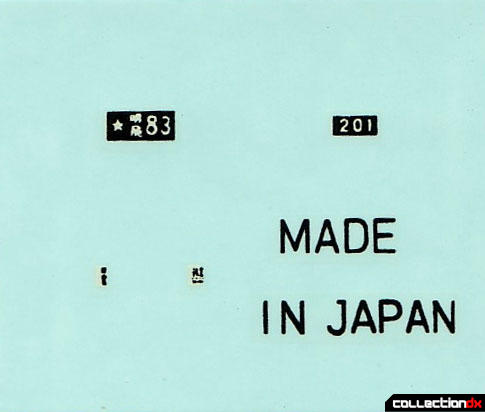 1/72 is small for a vehicle this size but overall the small details are fantastic. Many of these early Hasegawa kits suffer from flat, detail-less interiors but with this kit most of all of the details are great, as I only needed to add a firewall and some plastic strips for the canvas roof braces and entry area. Gearshifts and a steering wheel are included and a driver if you want to include figures. 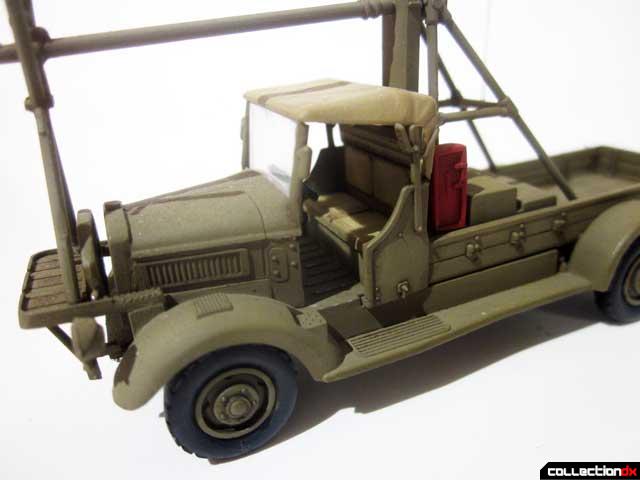 The kit is a quick build, starting with the frame, which glues under the body of the truck. I drilled out some holes in the frame and painted it German Grey but will not add the frame parts until the kit is nearly finished. When putting on the axels one has to be careful that it all aligns properly or the truck will be off balance, but overall Hasegawa did an excellent job making sure that does not happen. 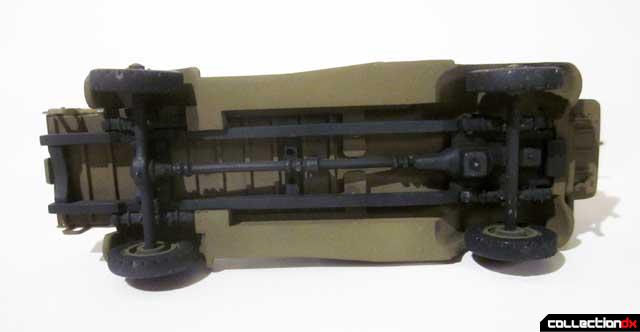 The only issues I had was the alignment of the starter bars, the back bars did not fit into the slots on the bed of the truck, I suggest filling those holes up and redrilling the holes when it is time to put the starter bars on. 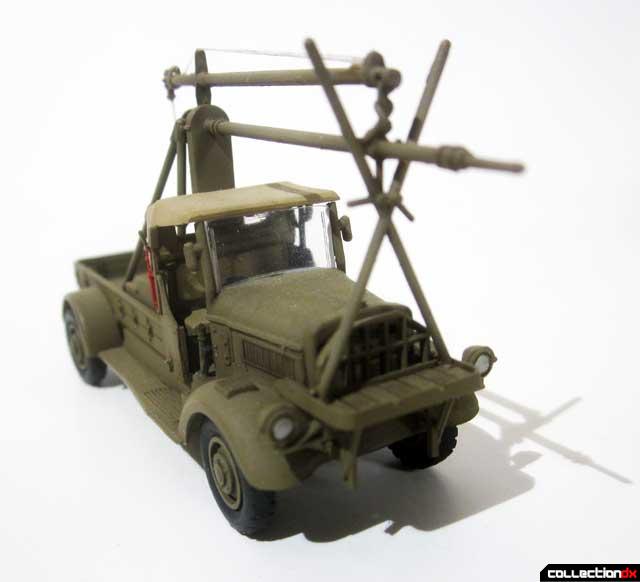 I painted the kit overall Khaki and post shaded the colors in lightened khaki color and added my usual wash of oil paints and will add a final touch up with a silver pencil at a later date. There is a decal included for the license plate. 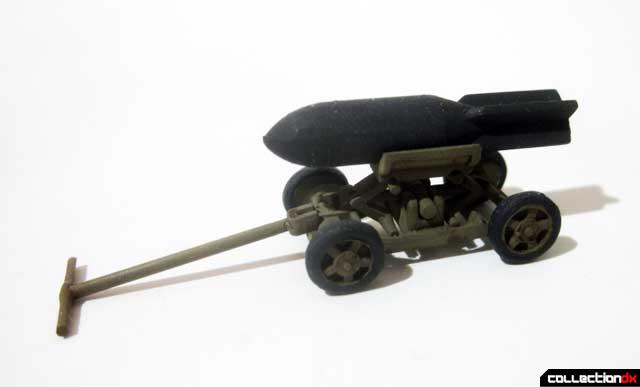 As this was a kit meant to add to ones model diorama a nice little bomb cart and four bombs are included. Also included are three figures but they are a bit dated and heavy in details. The same three figures are included in the Isuzu Gas Truck kit. These figures include an IJA driver, an IJA cart handler and a standing IJA soldier. Better figures can be purchased today but are still useable if one decides to use them. 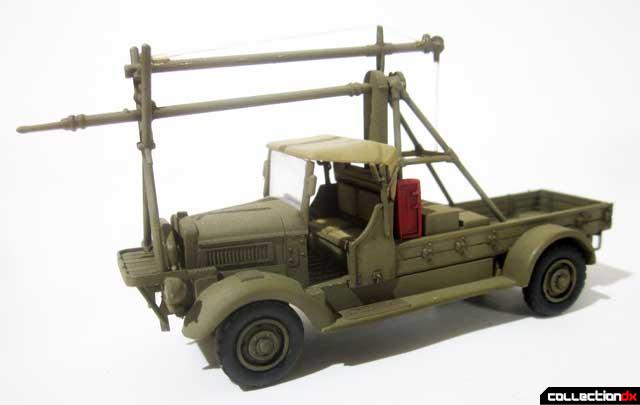 There are a few overall issues, no taillights are included but I am not sure if the truck had any in the first place. Also no exhaust is included. Having just purchased the Isuzu Gas Truck kit they both use the same frame so I am sure these details were excluded for ease of manufacturing for both kits. The cross sway bar in the back of the frame also has to be recreated from spare parts. In many ways I wish a company would release a photo etch kit for this kit as the small details could easily be reproduced to make this a top kit. 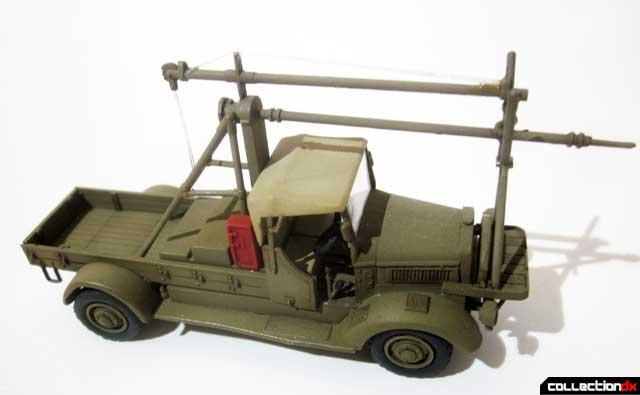 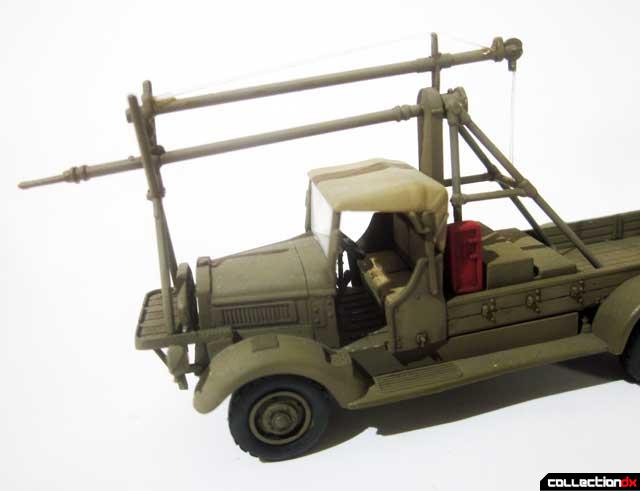 I used stretched clear sprue for the wire brace on the starter bar, but unfortunately they do not show you how exactly it fits on the cross sway bar, with the only guide being the box art, and we all know how correct box art can be! 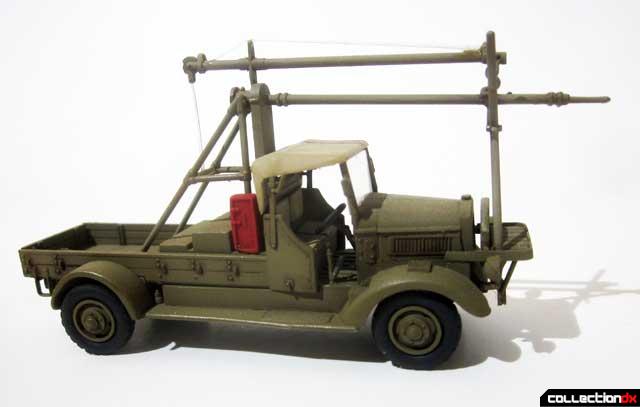 Overall this kit is a cheap thrill, I bought it for $6.99 at a local hobby shop and this kit ended up being one of the most enjoyable kit I have built in a long time and still holds up well all these years later. The Starter Truck Toyota GB is an obscure subject but a historical one as it being the first truck Toyota ever manufactured. It being one color overall makes it easy for beginners to build and paint but advanced builders will want to trick it out a bit to make an excellent model truck to display next to their 1/72 Japanese airplane kits.

©2012 photos and article by Leonardo Flores and CollectionDX

2 comments posted
If you told me this was a

If you told me this was a model kit that only cost 6.99 I wouldn't believe you because it looks too good. Fantastic work as always.

Thanks Dkun! I think I finally hit my stride....I have a ton of kits coming up soon, keep a look out including the Isuzu Gas truck.