The Titan Mushi is veteran toy maker THEGODBEAST'S (aka Marty Hansen) follow up to the wildly successful Kabuto Mushi, a line of glyos compatible insect warriors. It's also TGB's first foray into the world of vinyl toys, and what an entry it is. 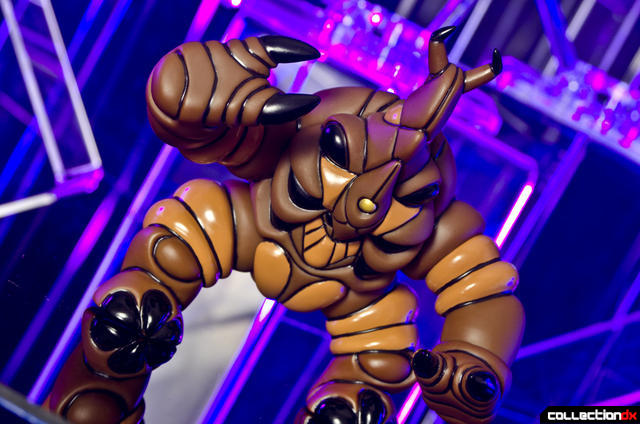 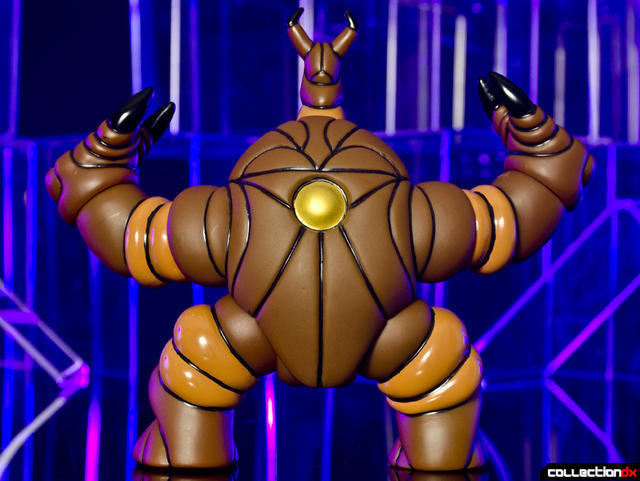 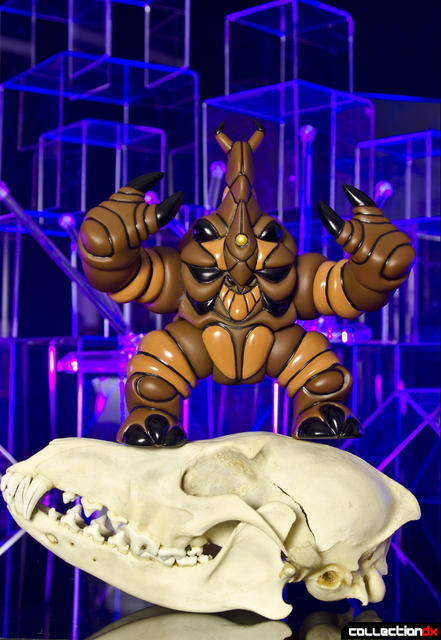 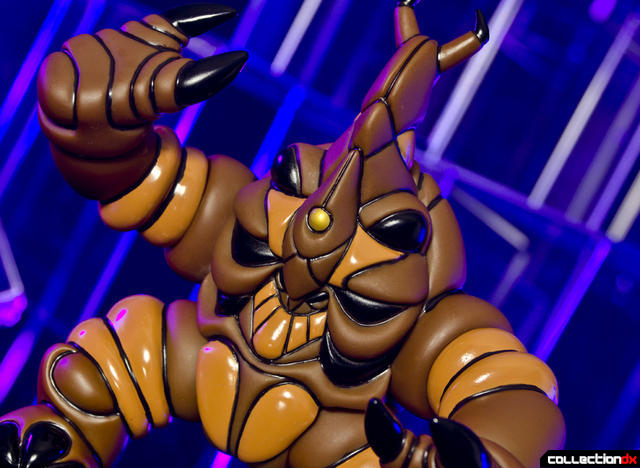 This version of the Titan has a boat load of paint apps and painted detail lines. 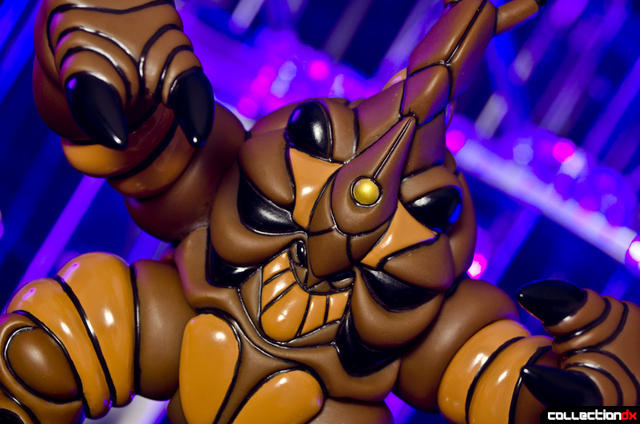 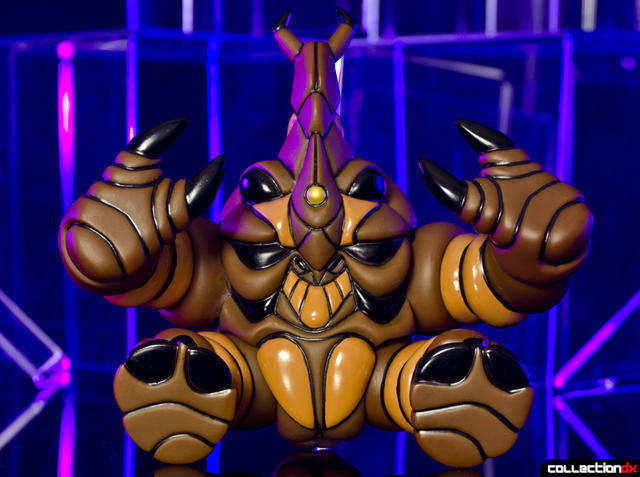 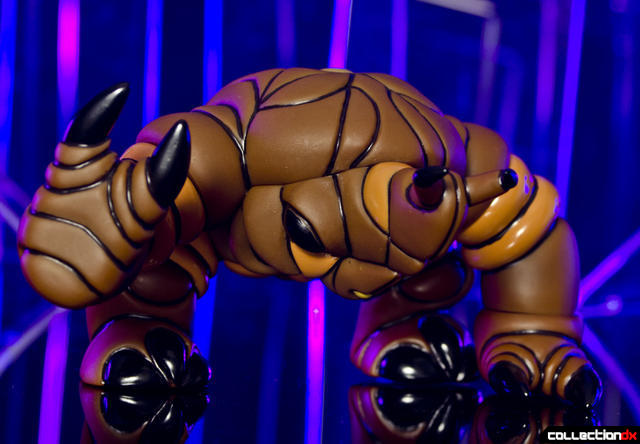 The claws are well adapt at gripping other small toys. 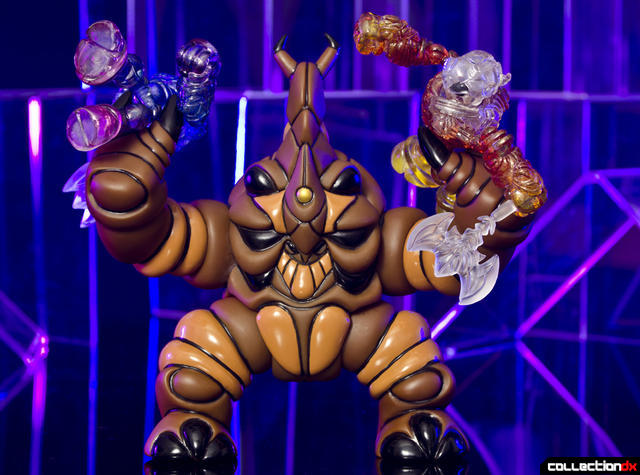 The Titan Mushi's face is packed with sculpted detail. 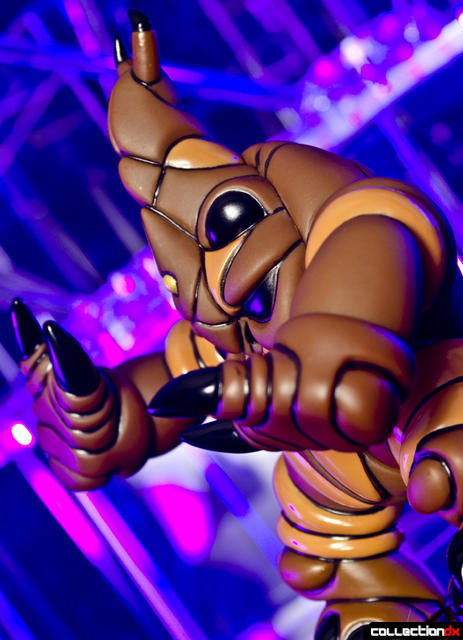 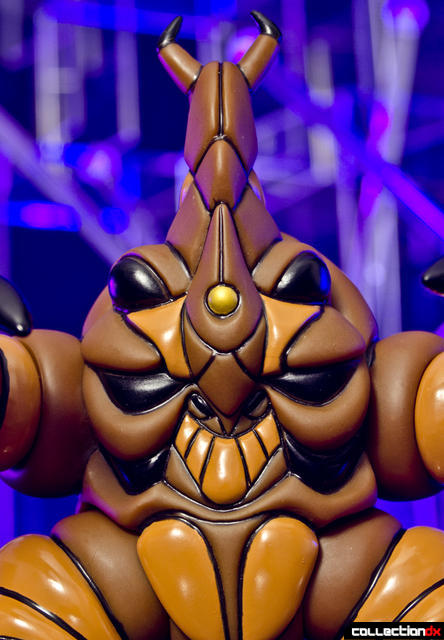 At $41, the TItan Mushi isn't cheap, but it's about average for a designer vinyl toy of it's size. I love the design and poseablity of claws, and the fact that it can be posed on all fours. On top of that, It's just a lot of fun to handle. If you're a fan of the Glyos line, vinyl toys, or bugs in general, the Titan Mushi should be an easy buy. 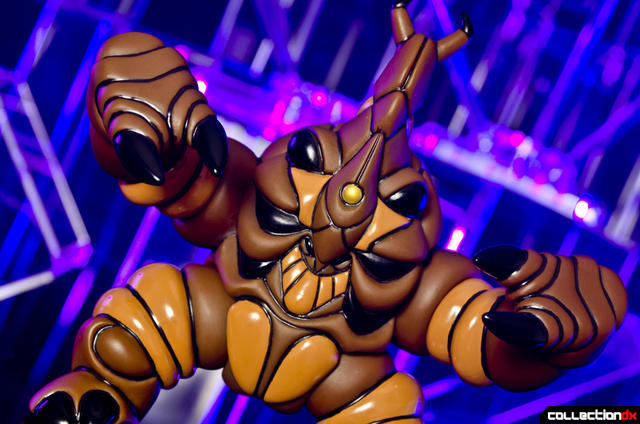 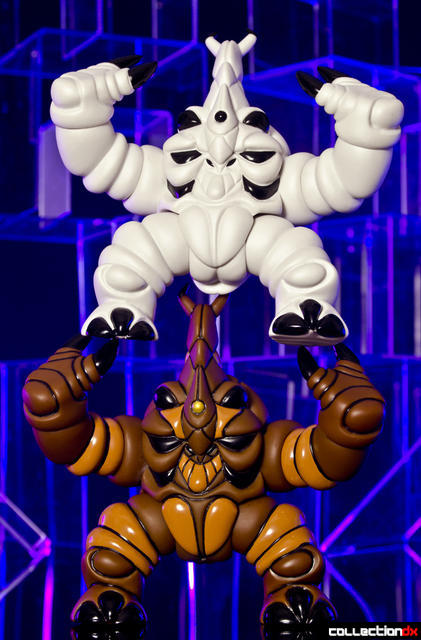