The S.P.D. Shadow Ranger comes from Power Rangers S.P.D. - known in Japan as Dekaranger. This release is part of Hasbro's Lightning Collection, their deluxe 6" line for Power Rangers.

The box is nice and compact, with a good view of the figure and most of the accessories. Like most of these toys, the packaging doesn't have much in the way of a description of who he is, and there isn't even an instruction sheet included to talk about the accessories, or even what they are called. Fortunately most of them are self-explanatory if you have even a passing familiarity with the series. 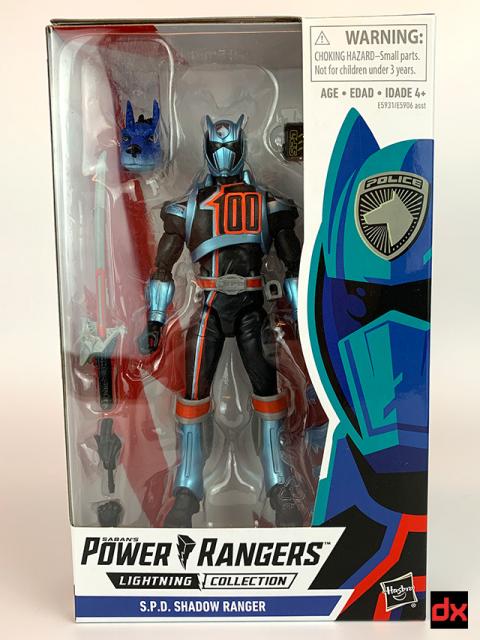 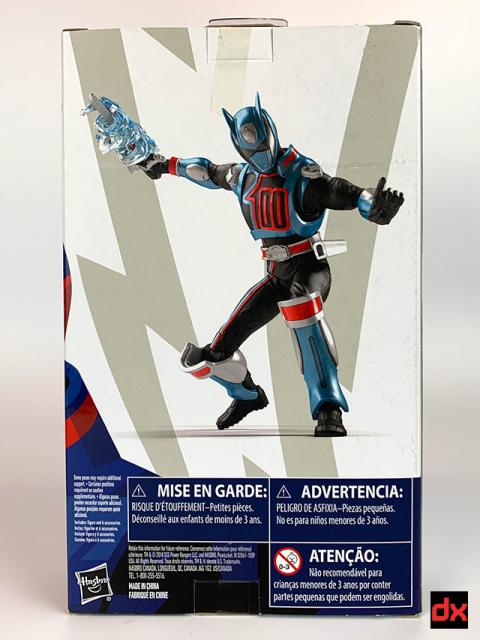 The figure comes with a nice spread of accessories, more than I typically get with the equivalent Star Wars Black Series release. 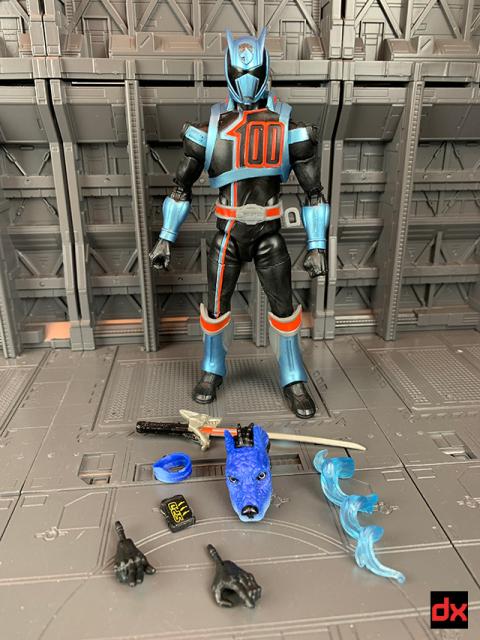 Let's start with the Shadow Ranger head on. The figure looks great all around, with pretty good articulation. I had an issue with the right shoulder where it was very tight to move out and up, and had a real difficulty getting it back to the neutral position. I think this is a manufacturing defect rather than a design flaw, so the odds of others having the issue is slim. 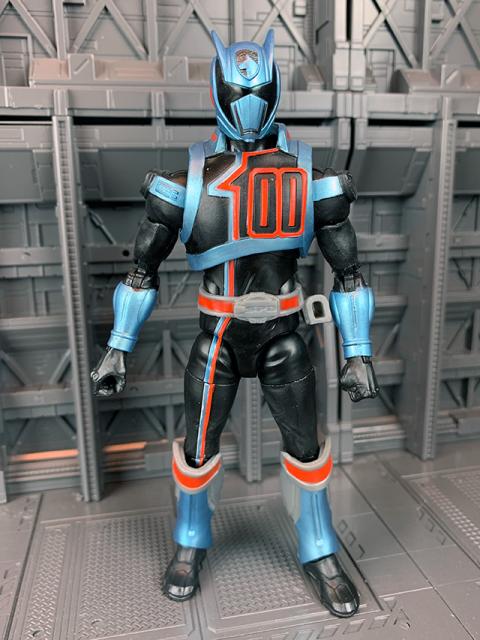 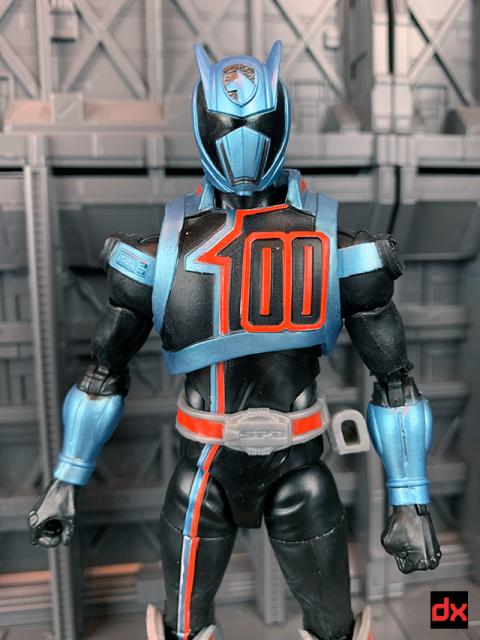 The armor on the chest and legs, in addition to the belt, are separate parts that float over the base body. The extra layer looks great. 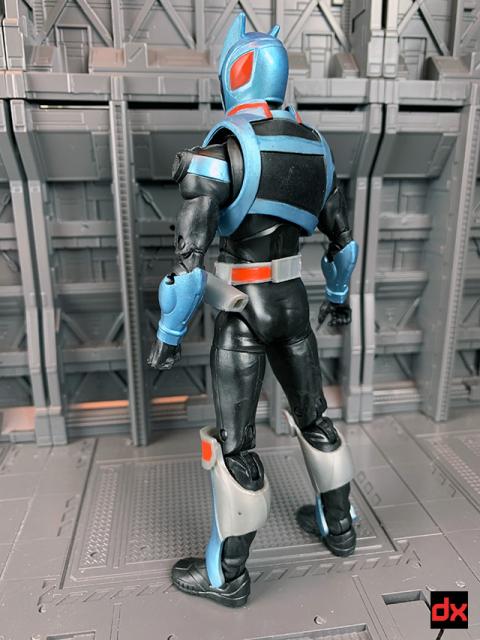 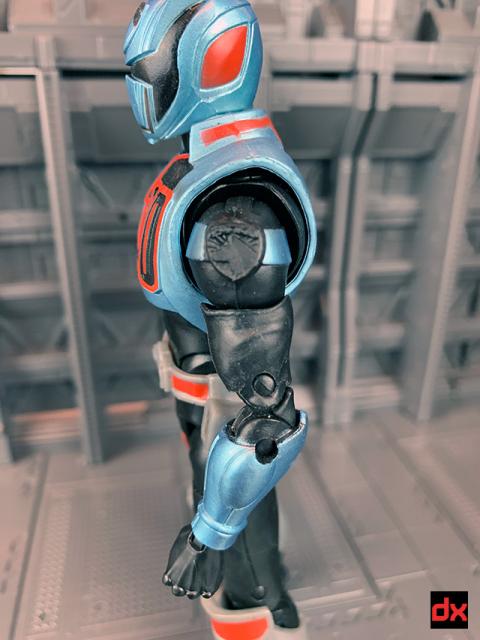 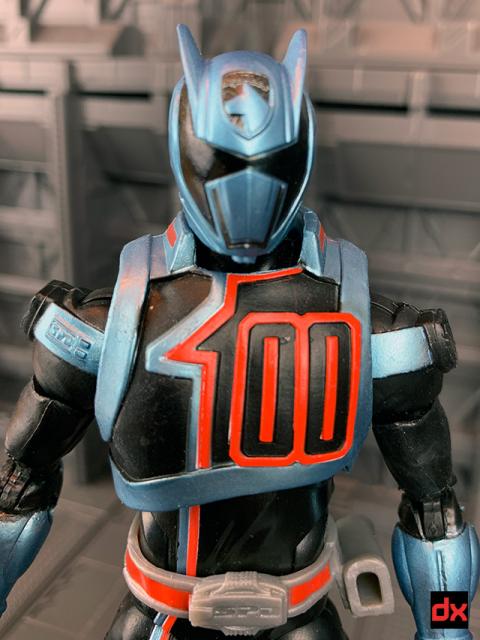 There's a spot on the waist for the saber to store, but no spot for the morpher. 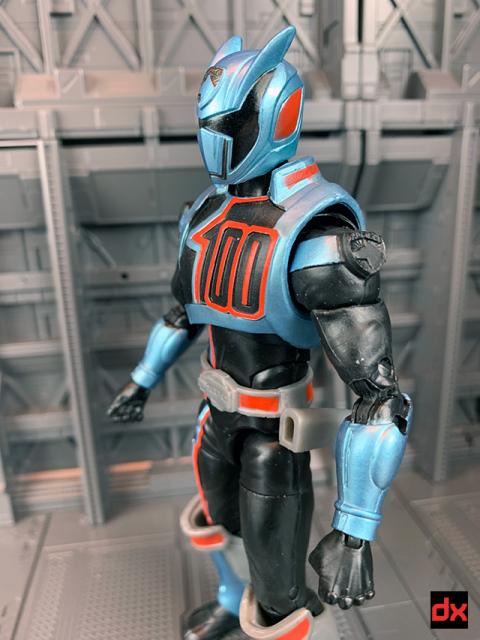 The saber is very cool, and has the signature face on the hilt. While the real one opens and closes, this one is in a fixed position. 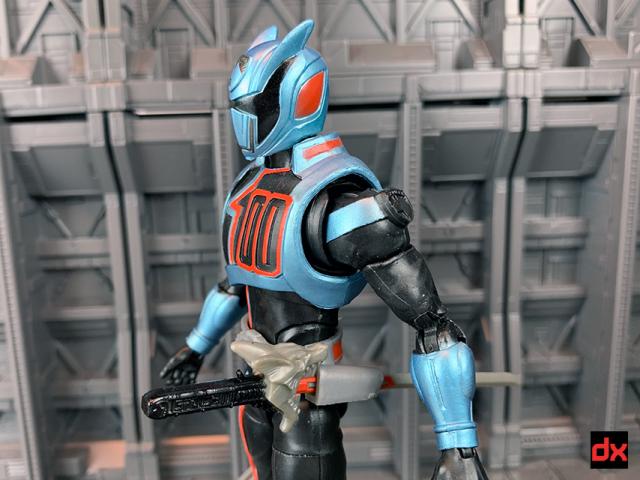 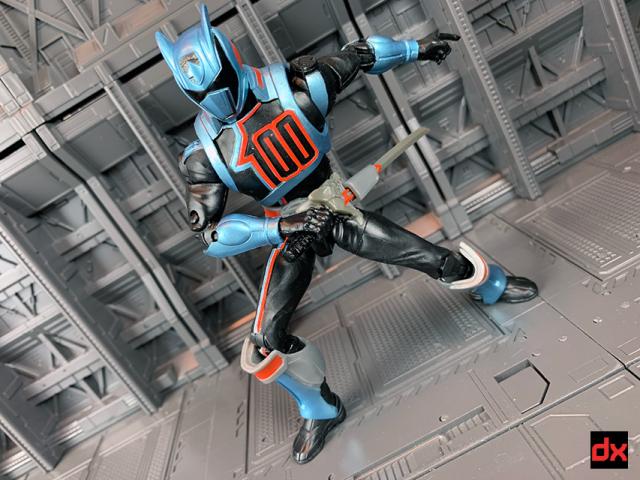 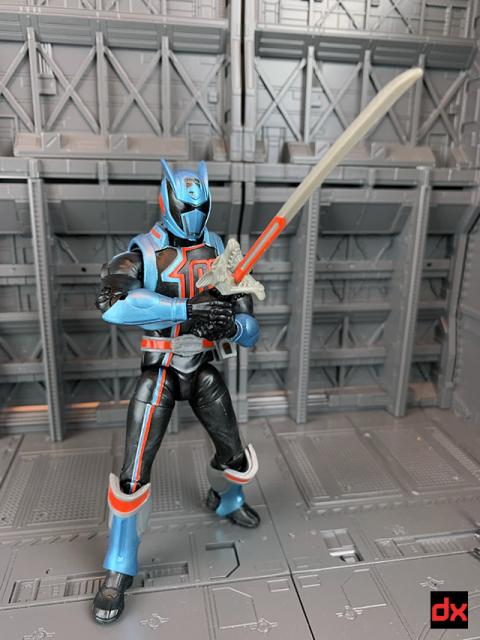 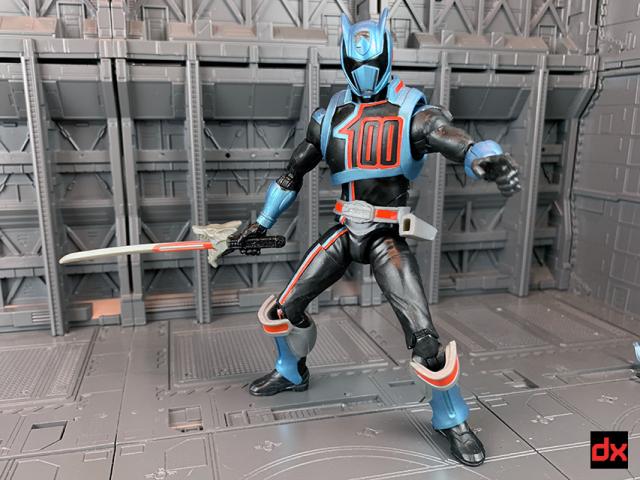 There's a cool effect part that wraps around the sword. 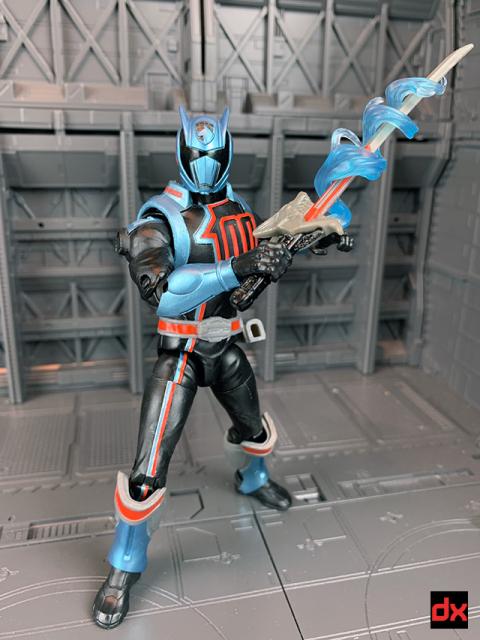 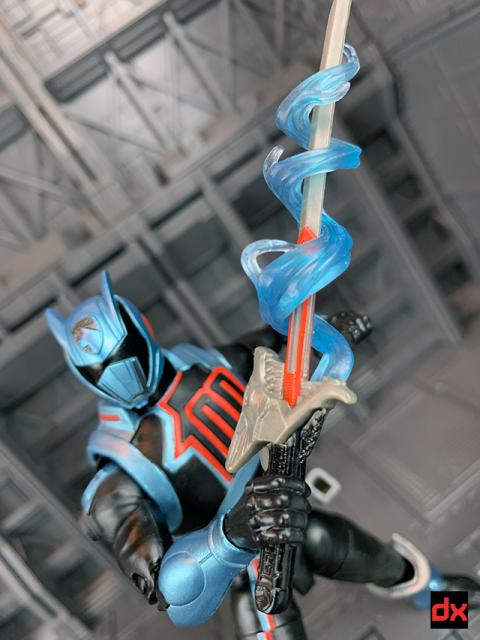 The little morpher fits into the hand, but it has no place to store otherwise. 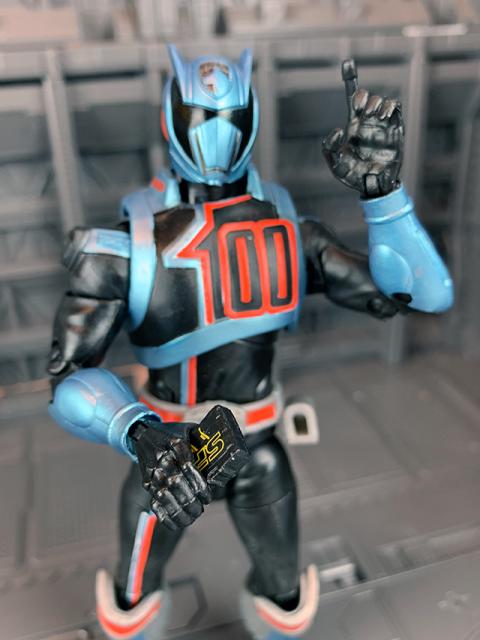 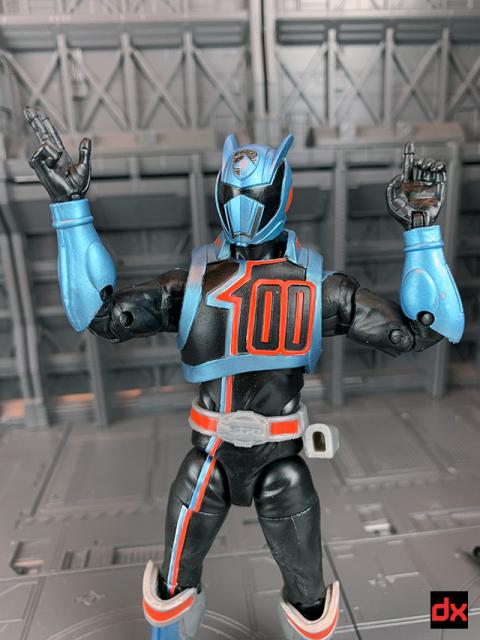 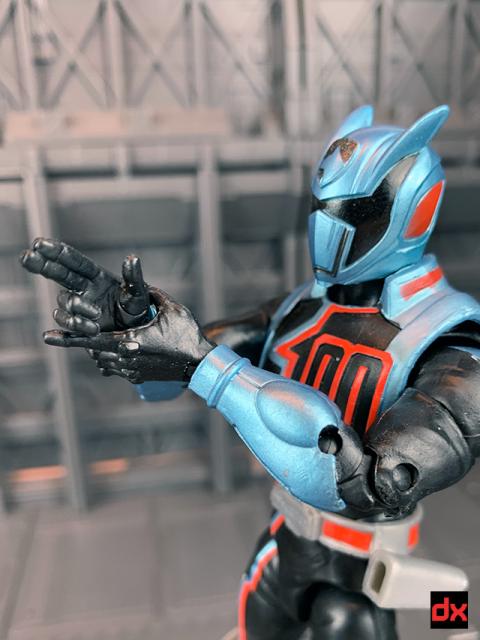 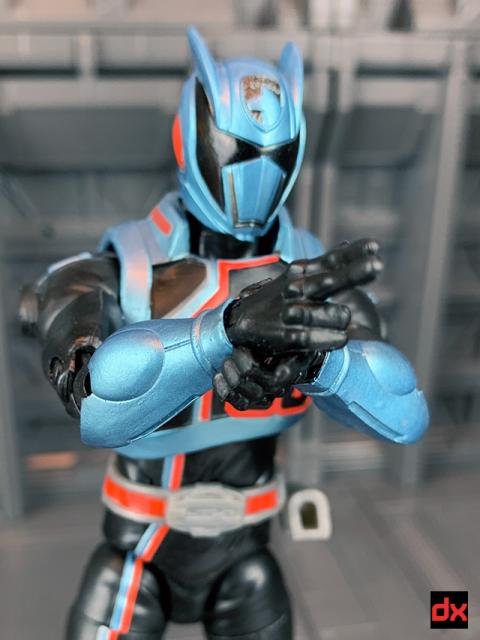 But lets get to the highlight of the set, the Doggie Cruger head! In Dekaranger, Doggie had a fuzzy head, with fur and all. But for S.P.D. they changed him to a lizard like dog head. I have no idea why. I liked the other better, but this is very cool too. 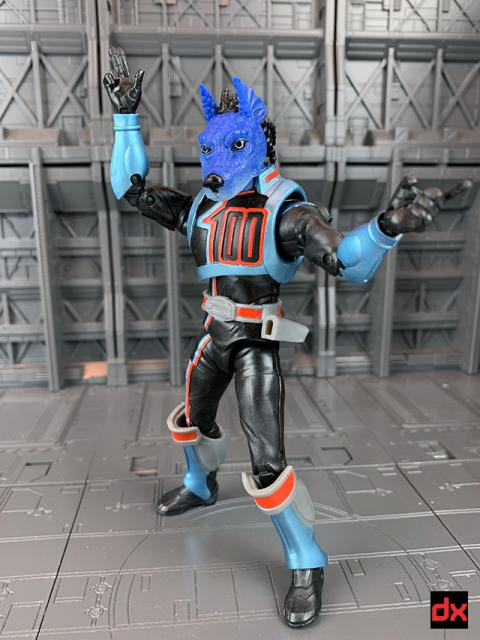 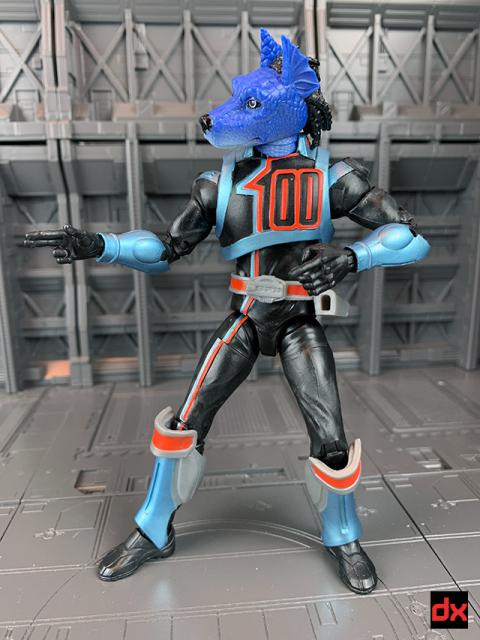 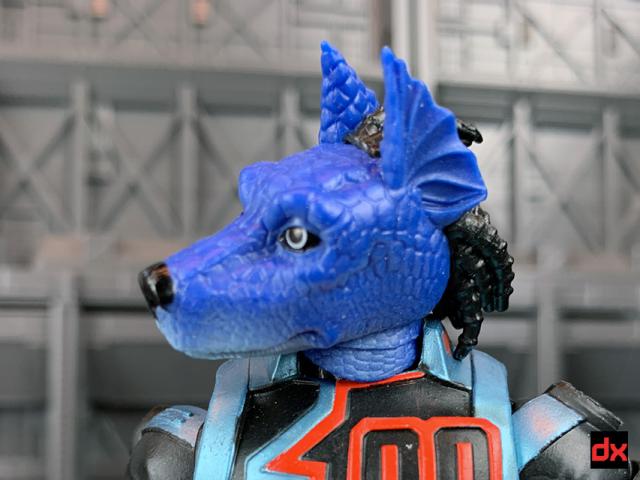 You can see how the additional neck piece really adds to the figure. 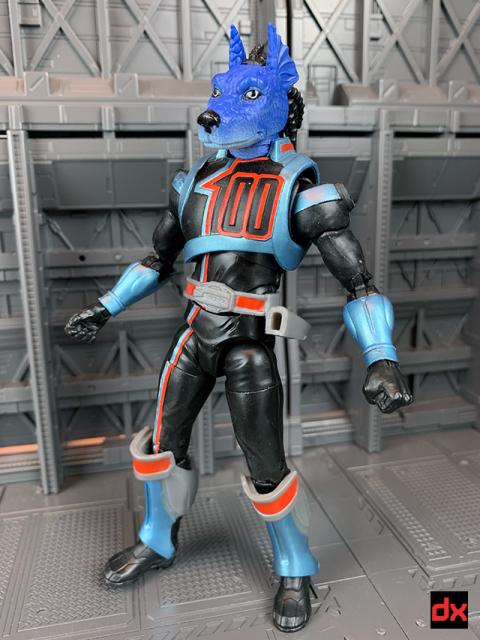 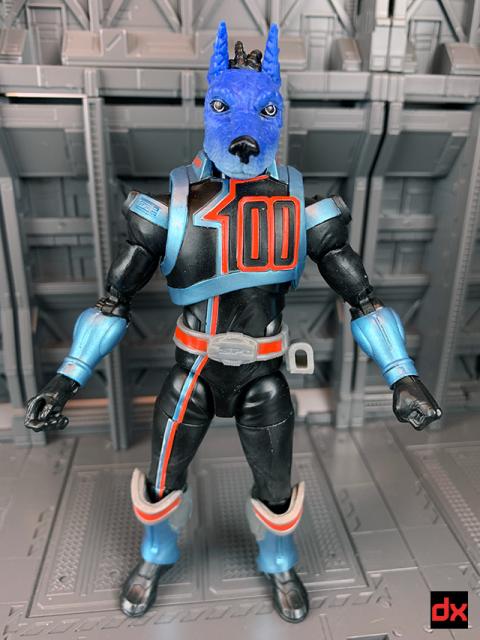 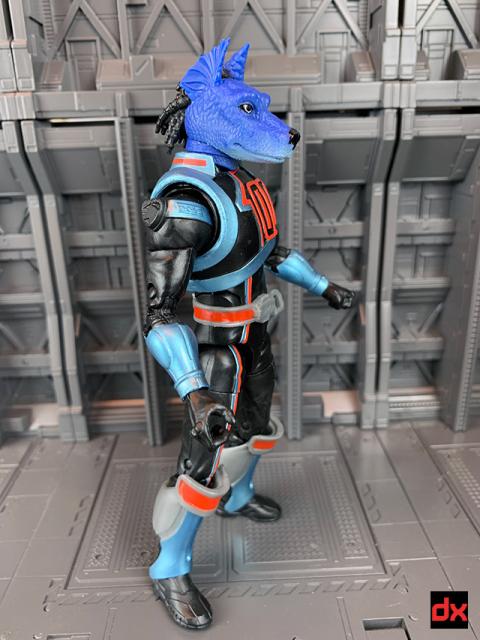 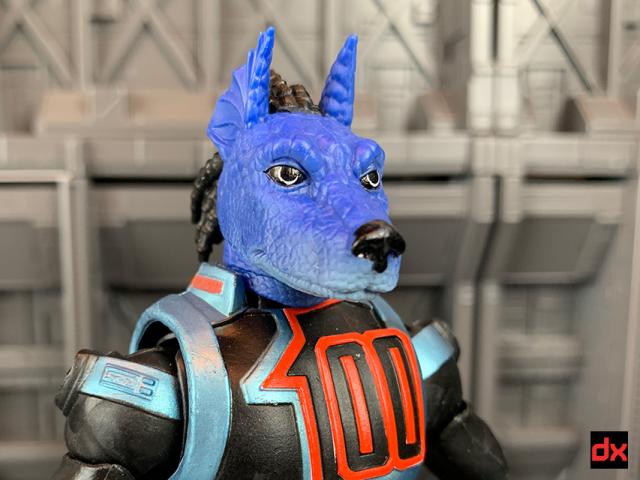 I mean just look at him, he's amazing. I love it. I had a lot of fun with this review, I hope you enjoyed reading it!

Once again, thank you to Fun.com for providing this sample.

The problem for this guy is the availability. I'm lucky to find one in physical stores or I can pay extra online, which I won't do. Hasbro's distribution hasn't improved, unfortunately.