Orbbots (not to be confused with the Mighty Orbots) are a cheap toy line found in vending machines across America in 2018. If it were Japan, they would be called Gashapon, but these are distributed by a company called SSM vending. There are 5 different robots in the line, and each is available in one of four different colors.

Orbbots (not to be confused with the Mighty Orbots) are a cheap toy line found in vending machines across America in 2018.

Each Orbbot comes unassembled on plastic spues, and each layer of sprue, when stacked, forms an orb. Once the toy is assembled though, it can no longer form an orb. 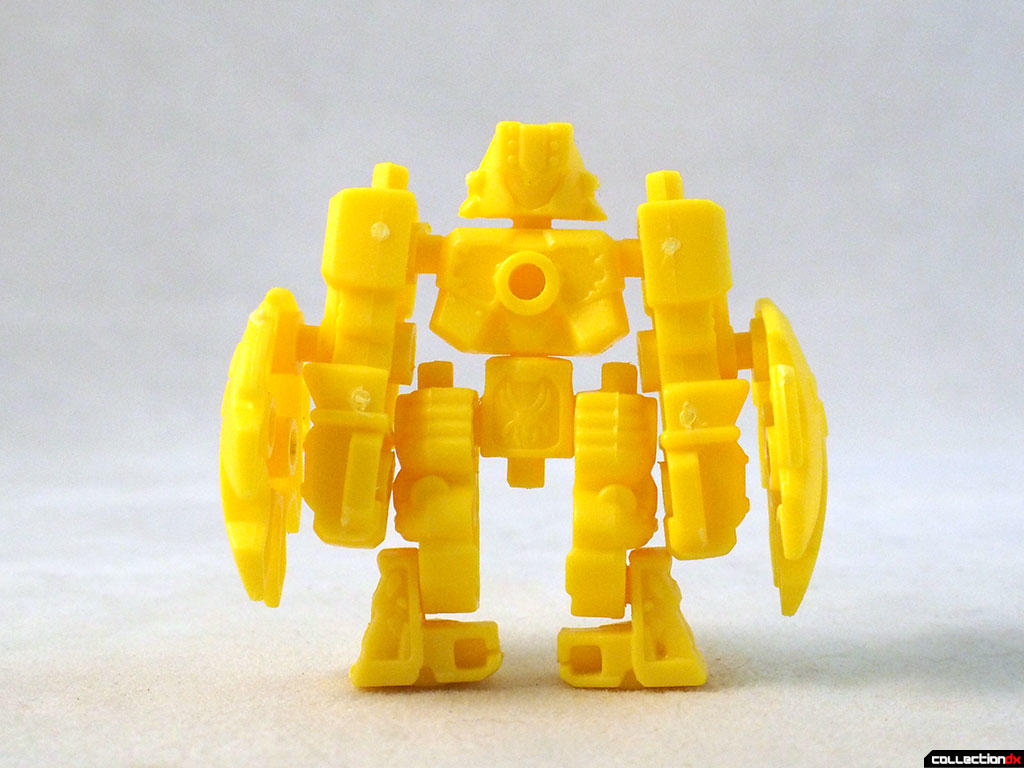 This particular model is called Solpugid, which is the scientific term for a Camel Spider. This toy in no way resembles a spider, but when has that ever mattered? There is a little spider on the waist piece though, so that must be it. 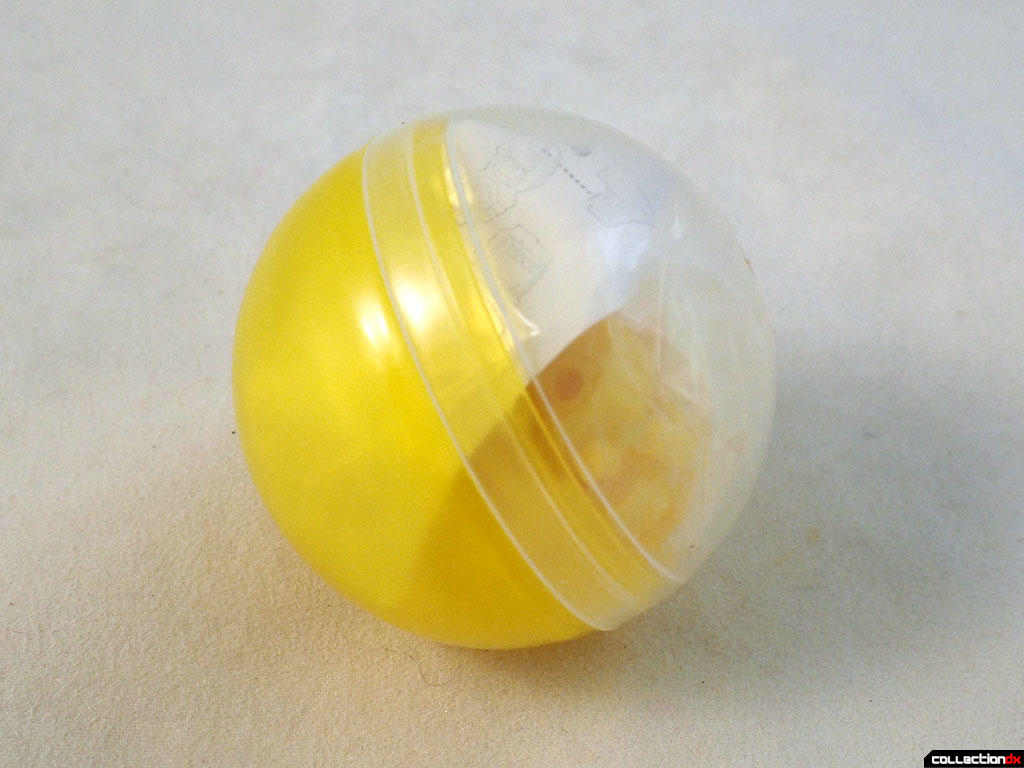 The outer capsule is color-coded to match the robot inside. 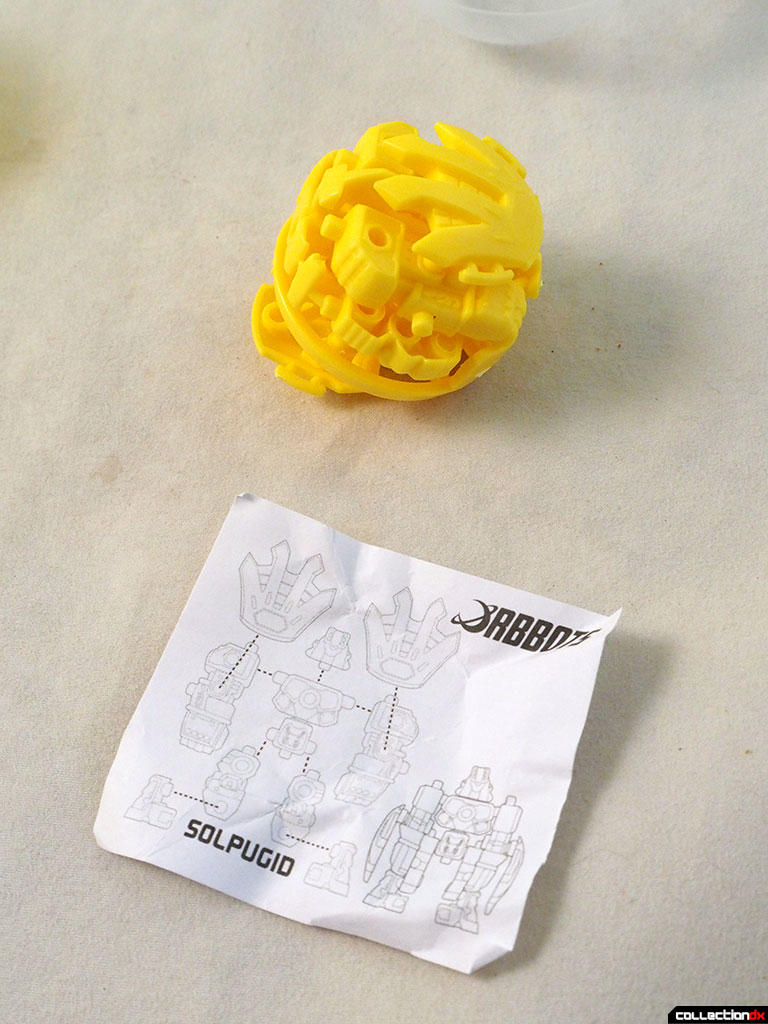 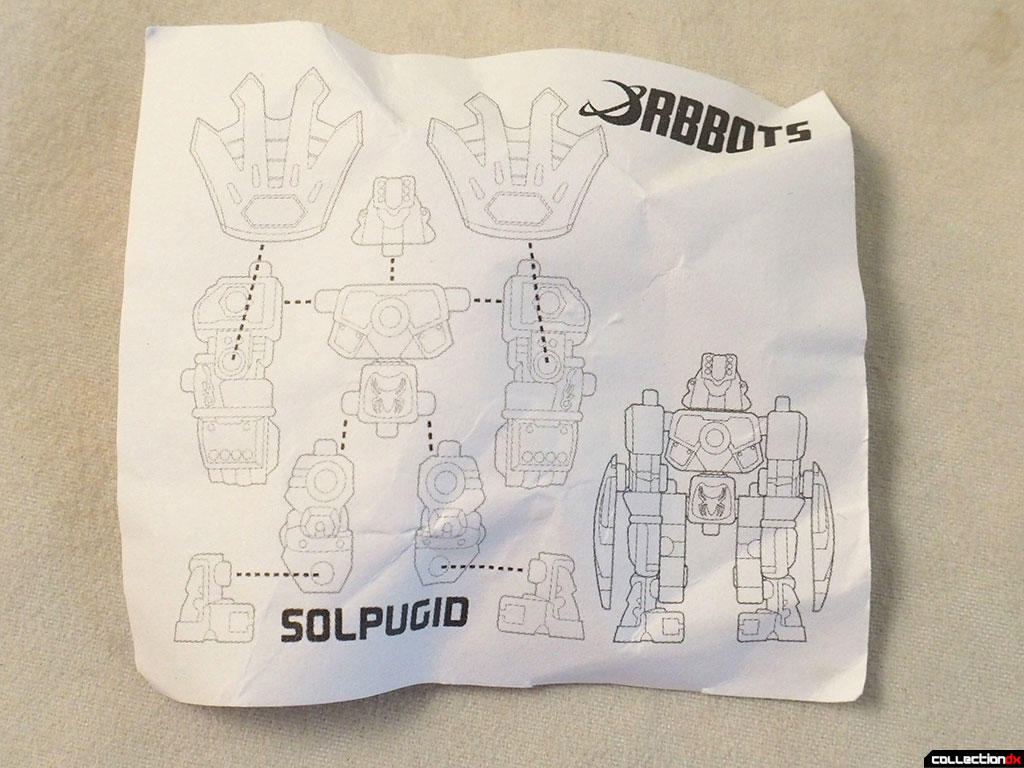 Instructions are included but are vague. You are given instructions to make one robot, but based on the various connection points there are endless possibilities, especially if you have more than one from the series. 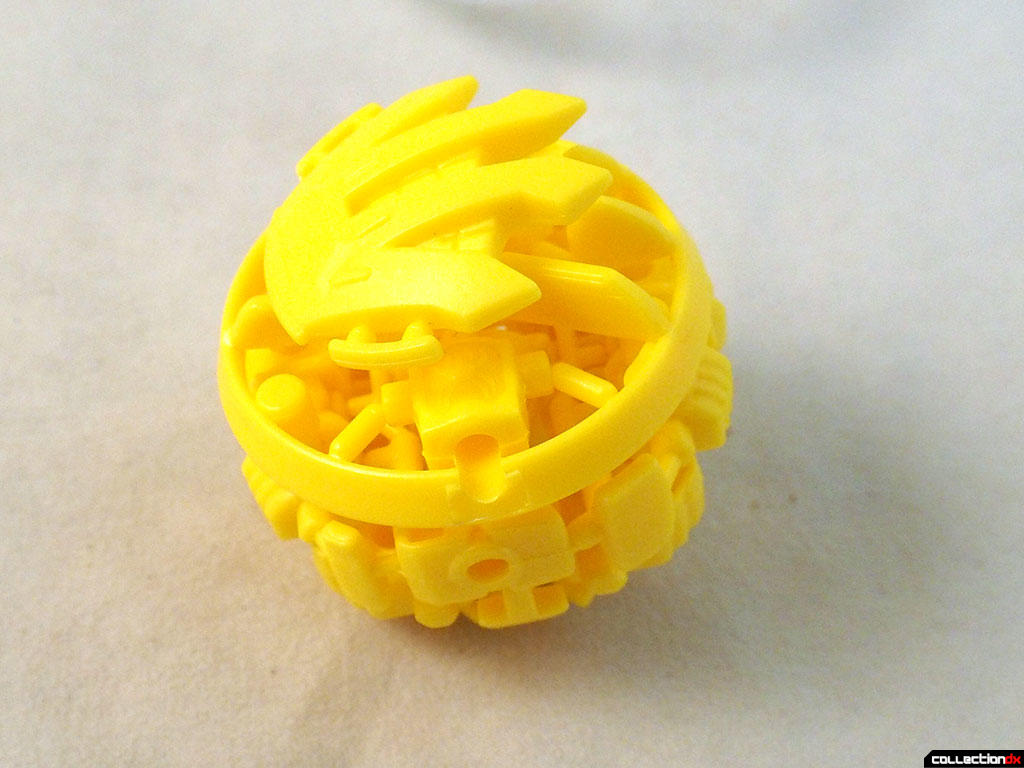 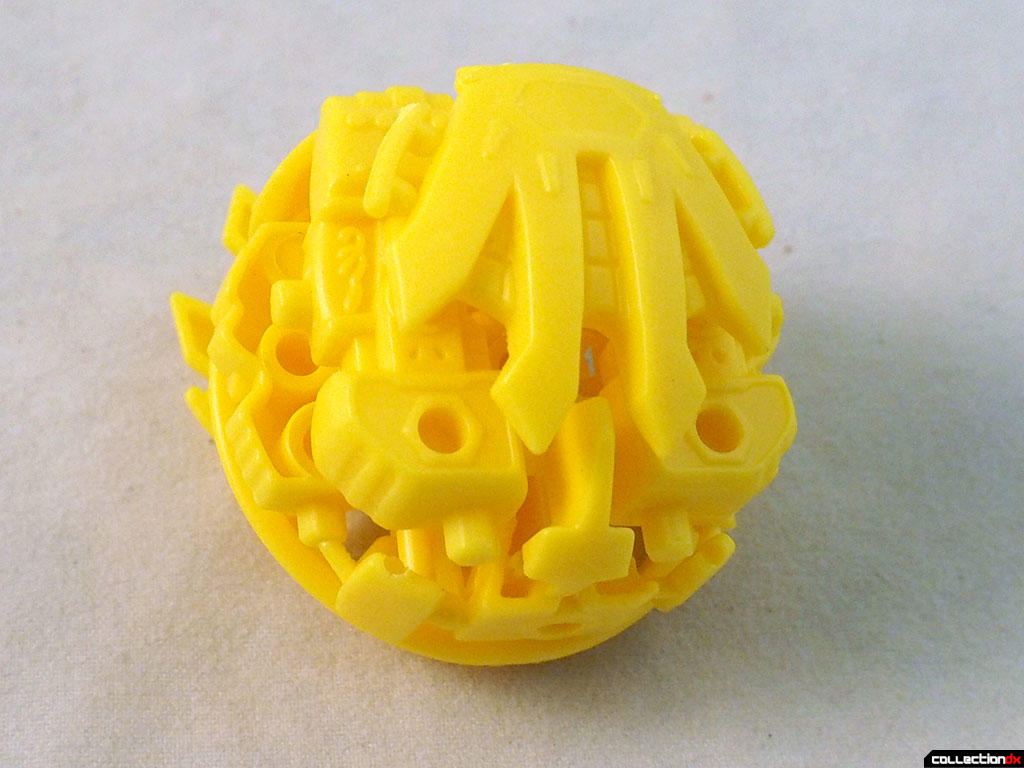 The layers of the orb are held together with pegs that are not used in the transformation. There's a bunch of sprue waste in order to form the orb layer. 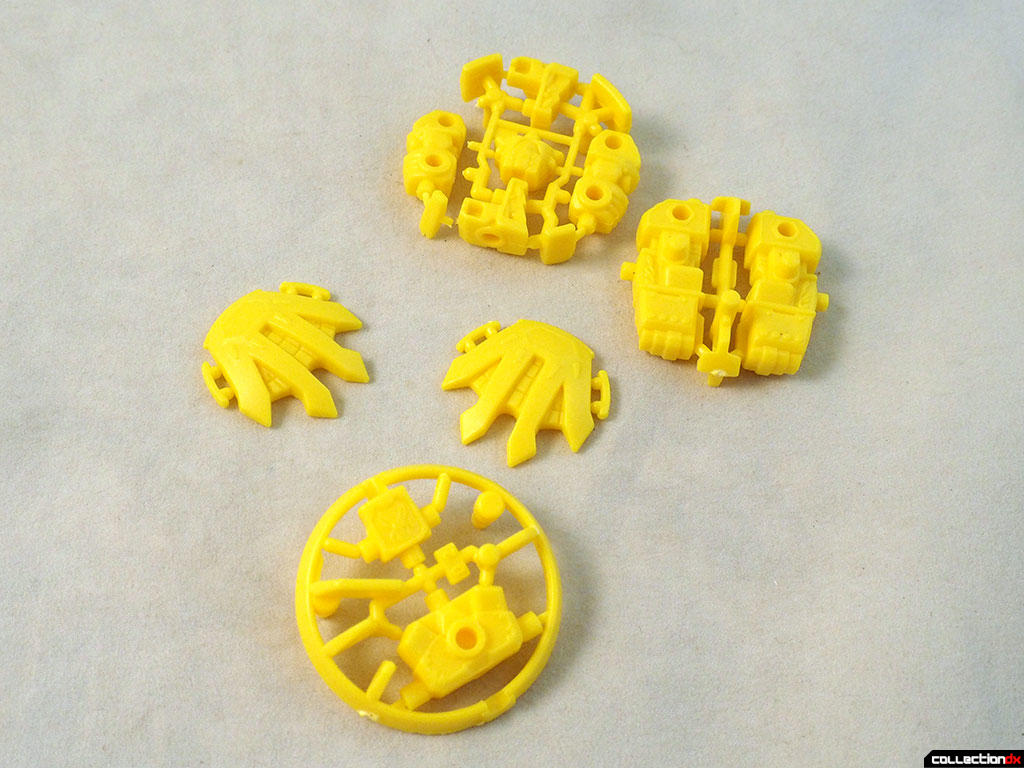 The robot stands about an inch and a half tall and has a bit of trouble standing up. Articulation is based on connection points, so wherever there is a connection, there is a possible joint. 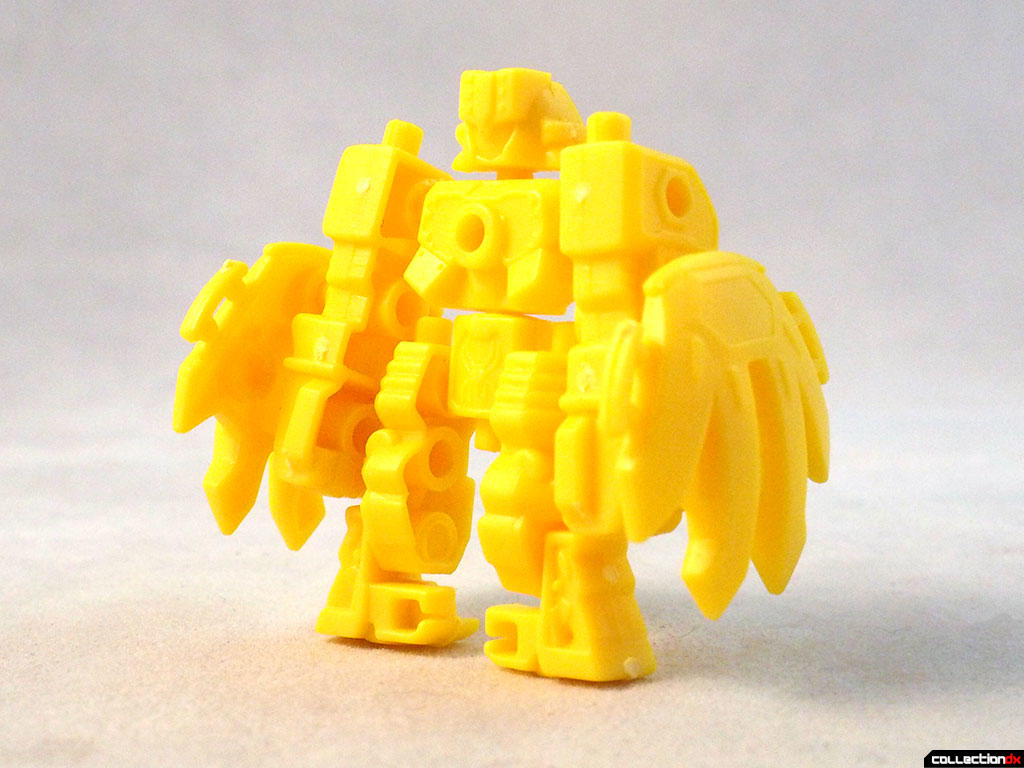 I can see that the toy is designed for multiple different configurations, but nowhere is that alluded to. You have to discover what the toy can do on your own, and I kind of like that. It's more like a small construction toy than anything else. 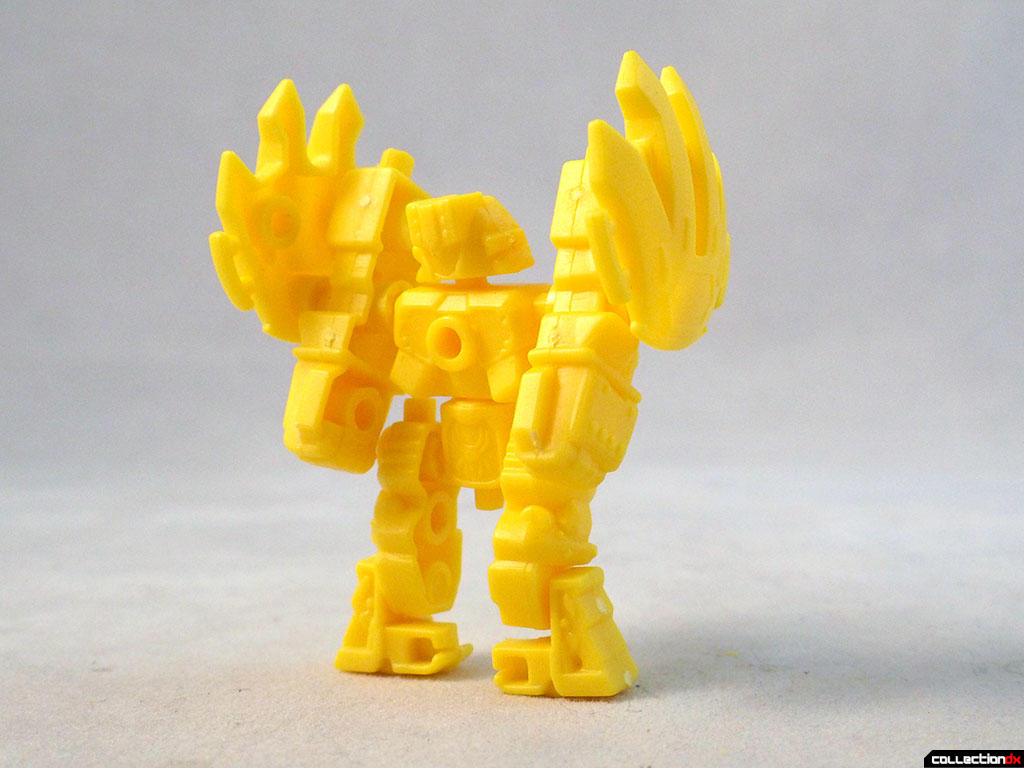 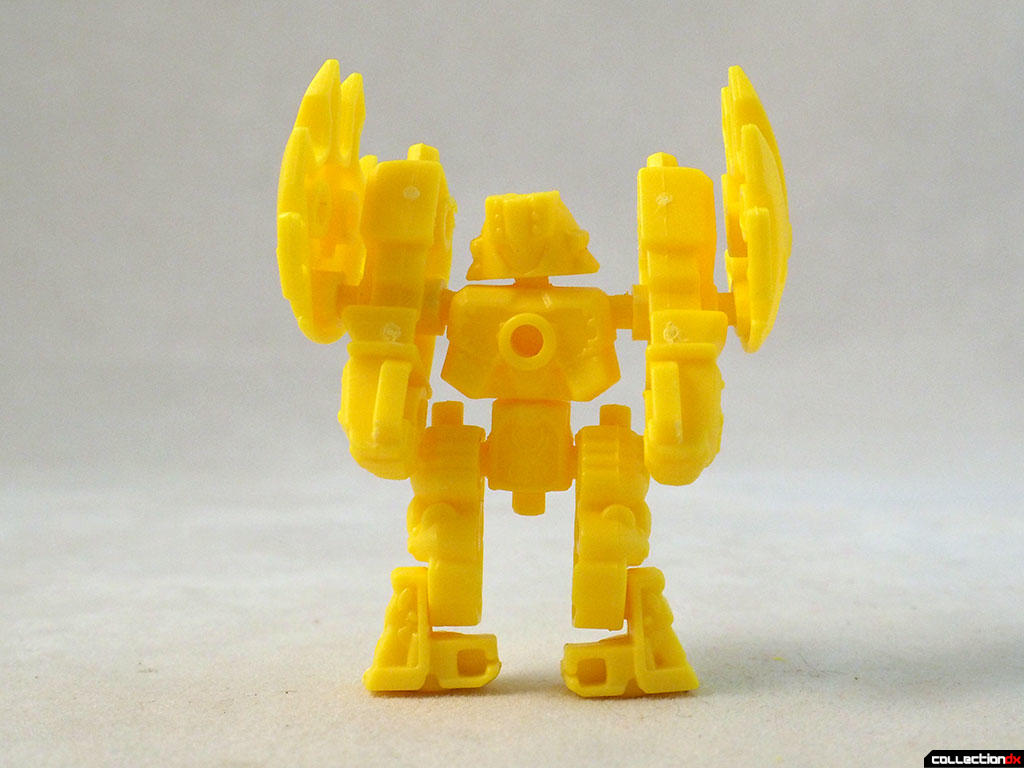 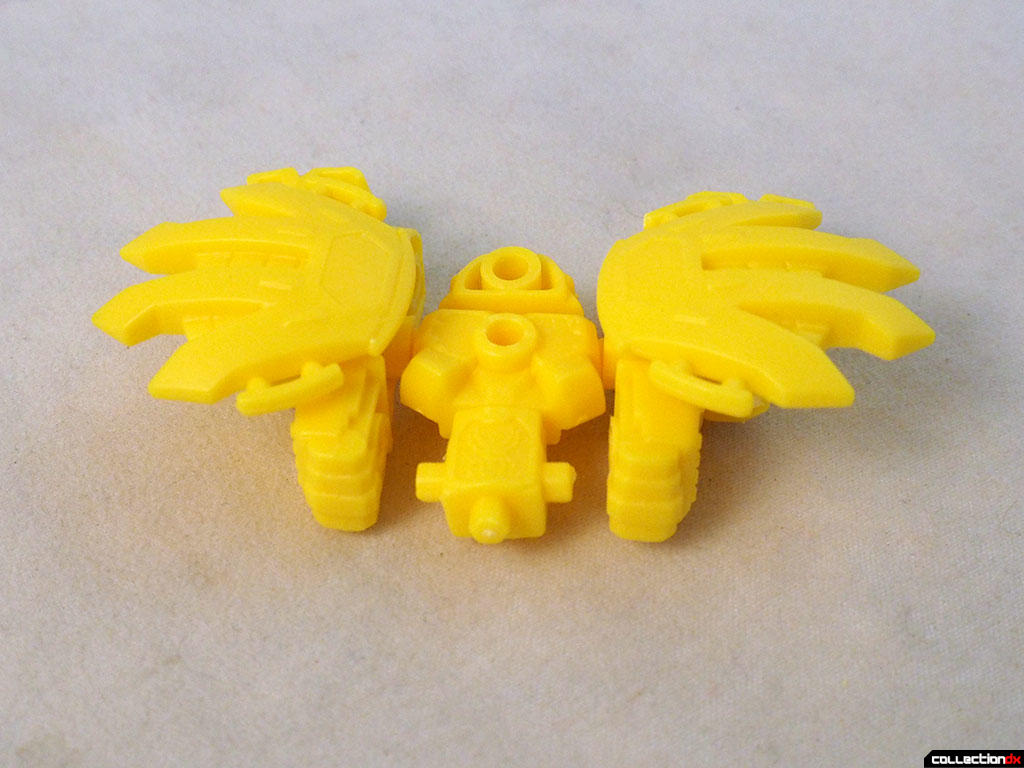 When you start to get more sets, things get interesting. Read the review for Osiris for more...

These orbots are actually knockoffs of gashapon mugenbine figures from a few years ago! There was a black and red set, and a blue and silver set of them! I have them all, maybe I’ll review them sometime!