Alternators originated as Binaltech in Japan. Manufactured by Takara, the Binaltech toys feature die cast metal, and a much higher price point. Hasbro brought Binaltech to the US, removed the metal, and introduced them as Alternators at a price anyone can afford. 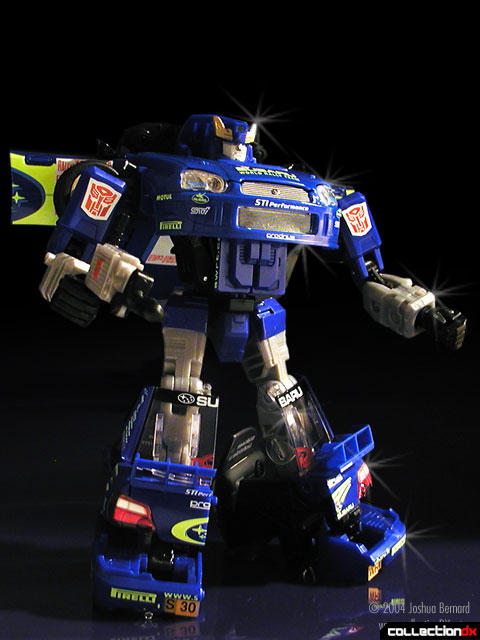 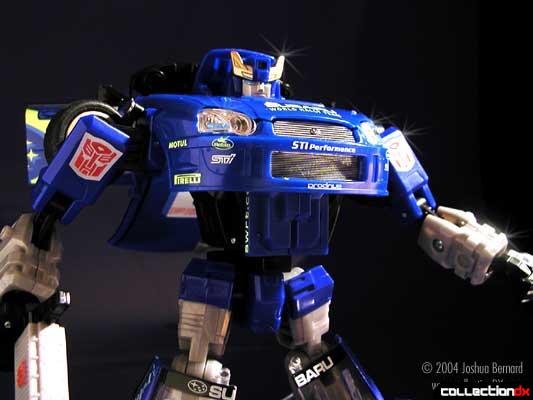 Smokescreen is the first entry in the Alternators line. It is based off of a Subaru Impreza WRC. This particular Subaru is the #8 rally car driven by Tommi Makinen. The car is exactly like the real thing, right down to the sponsor decals. Smokescreen features opening doors and hood, detailed interior, rubber tires, and even a steering mechanism. Smokescreens' gun doubles as an intercooler under the hood. 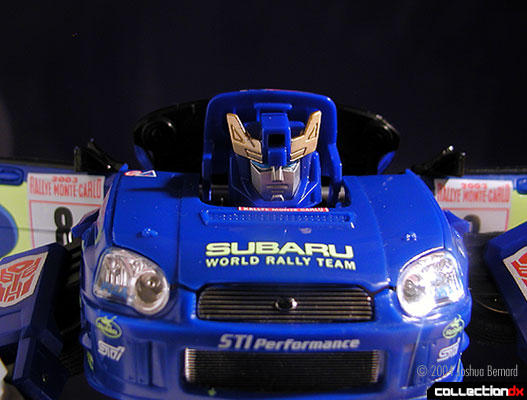 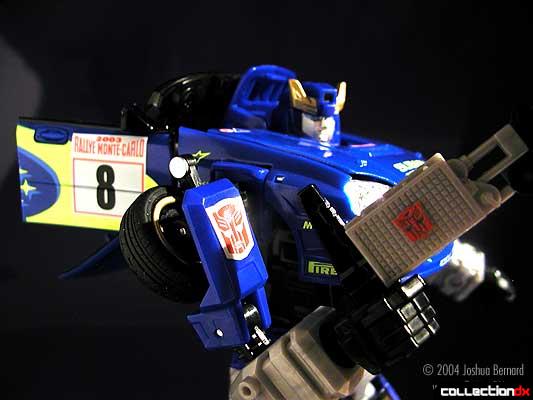 Transformation is a bit tricky at first. Going from car to robot is easier than going back to car. To transform, pull the back of the car out and separate the legs. Fold out the foot sections, and fold the back doors in. Then pull the arms out from under the hood, and collapse the side door sections. Twist the waist, fold down the hood, and pop the head through the hole on top. Be careful of the bar that connects the steering in car mode. If not positioned properly, it will pop off. It will pop right back on though.

Smokescreens' robot mode is amazing. It is extremely articulated, and can achieve a variety of poses. It has knee joints, elbow joints, even a waist-joint. The hands feature moveable fingers (with separate trigger finger). The gun folds out and can be placed in either hand via a post on the handle.

Transforming the toy back to car mode is where it gets difficult. Getting the legs to fold back into the car just right requires a certain amount of patience. Try not to get frustrated. Once you go through the process a few times you will understand what you have to do to get it to work. 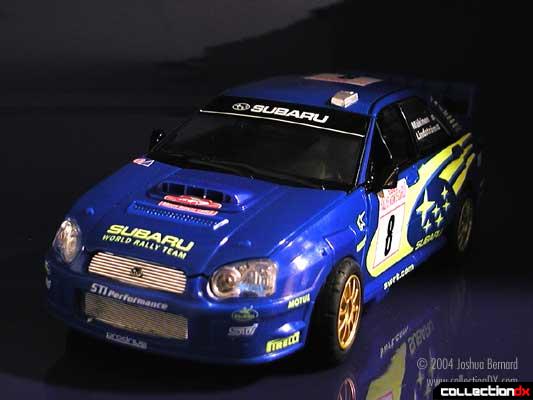 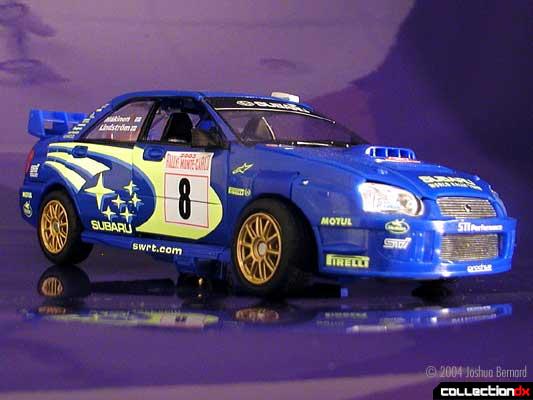 The last thing I want to mention is the packaging. Hasbro did it right this time by featuring packaging with NO TWIST TIES! That's right, you just cut a few plastic tabs and the plastic shell comes off. The toys is just resting in the tray, so you can just lift it out and start playing with it. It's about time someone did this. Hasbro, if you're listening, keep it up.