Apparently Slithe was the leader of the mutants, but my memory of him was as a lackey type creature. Still, he had a cool design, and I love it when secondary characters get fantastic toys. Often, the designers can take more chances on the designs of secondary characters because the heroes often need to be safe, sure bets. Slithe is a great example of this. 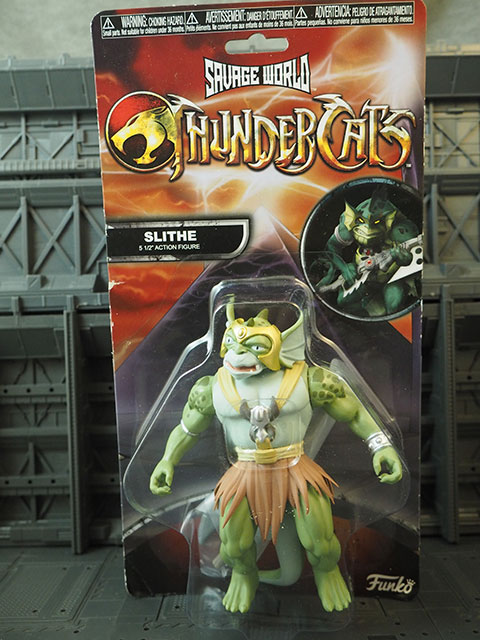 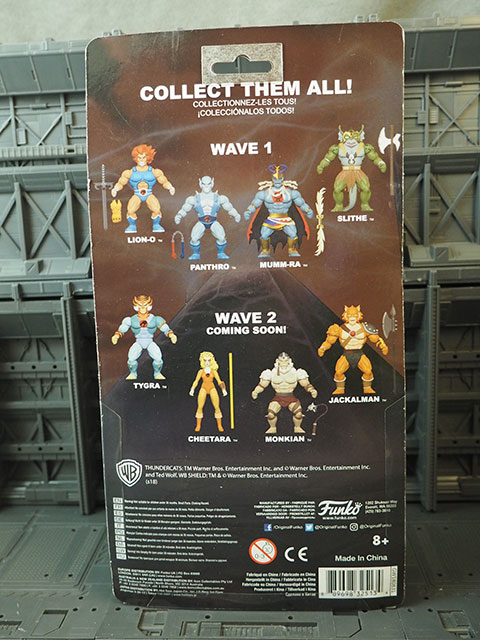 This is a fantastic figure that almost elevates above the platform he's built on. While basic figures like Lion-O and Panthro are obviously homages to He-Man, Slithe hides that a bit with a unique design. 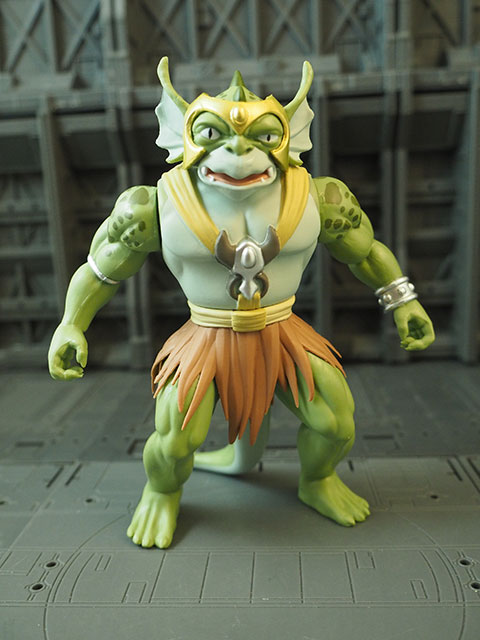 It would have been very easy to recycle body parts for these toys, but Funko seems committed to being true to the characters and only doing it when it makes sense. 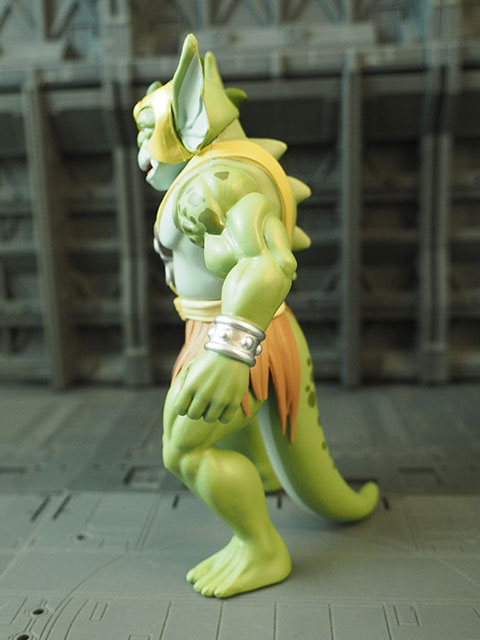 Look at that Tail! It's great! and the separately molded harness and skirt! Awesome! 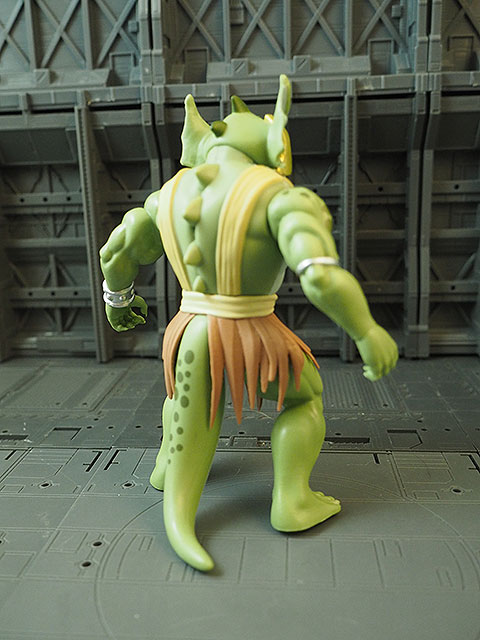 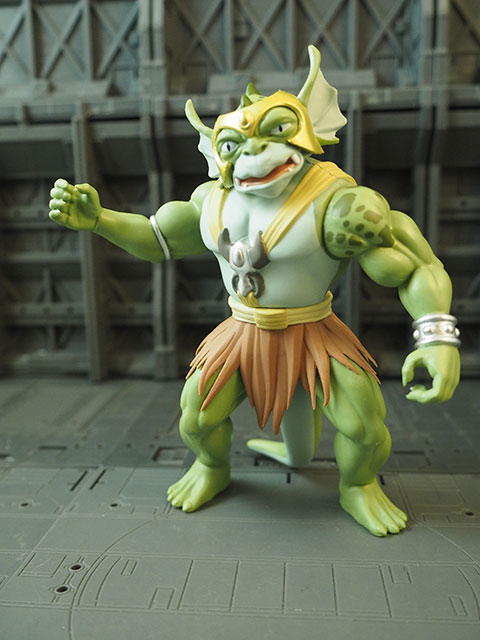 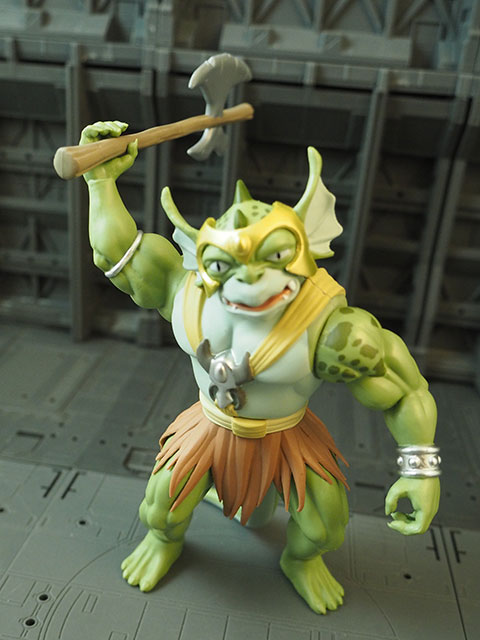 Slithe's only weapon is an axe, and again, it's a bit of work to get it into his hands. The hands are just a bit too stiff, but you can work it in there. 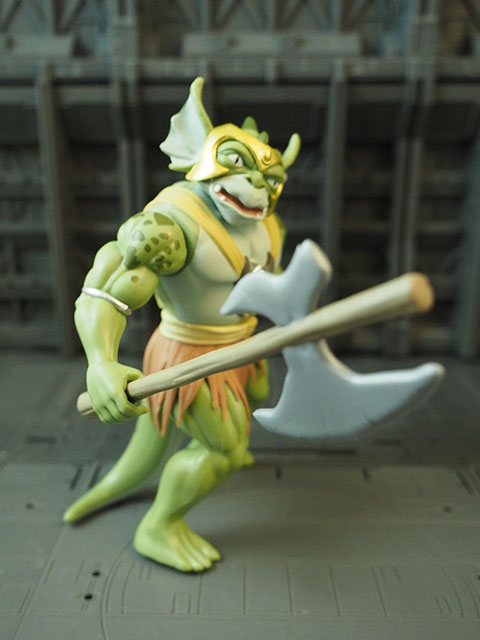 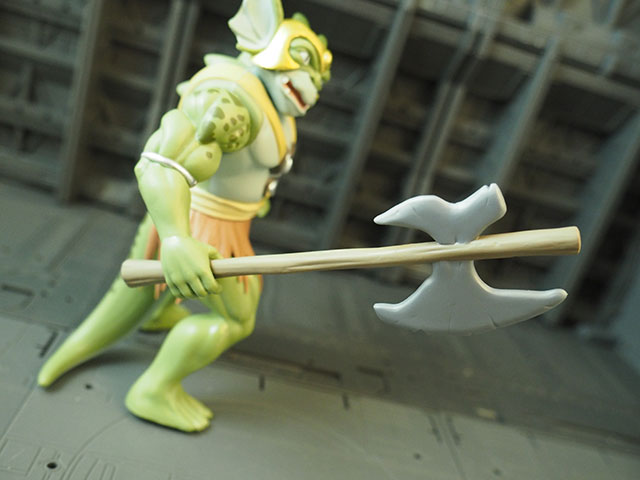 Such a great figure, and in a great line. There's a lot of love in these, and the designer knows what elements from the classic style work and what elements need to be preserved from the character. Rarely have I seen a meld of styles work so well.

He was the leader of the mutants. I can't remember the exact arrangement they had with Mumm-Ra though but it's safe to assume he was not their leader, at last not until they arrived on Third Earth. It's been a while since I watched the show.