Out of the first wave of Combiner Wars limb robots, two of them were jets: Firefly and Skydive. I already made it pretty clear in my last review that Firefly is my favorite of the bunch, but that doesn't mean that Skydive doesn't have a lot to offer as a fellow Aerialbot.

Much like Firefly, Skydive's color scheme and sculpt homages the G1 design a whole bunch in a delightfully nostalgic way. The extra gold paint on the wings completes it quite effectively. 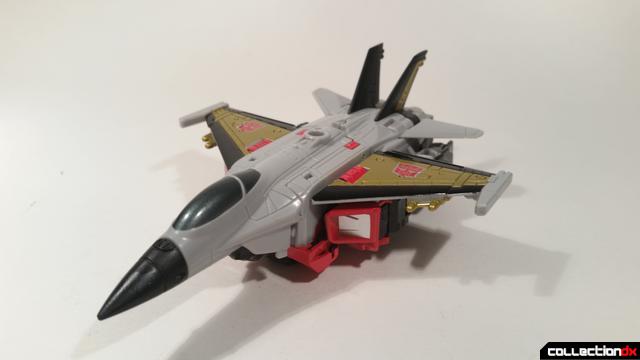 I think one thing I didn't cover very well in my Firefly review was that all of the Aerialbots do have a pretty chunk of under carriage in their alt modes. However, I don't particularly mind if you consider that each of these needs to hold a combiner peg, and also maintain the volume needed for a substantial arm and leg mode as well. 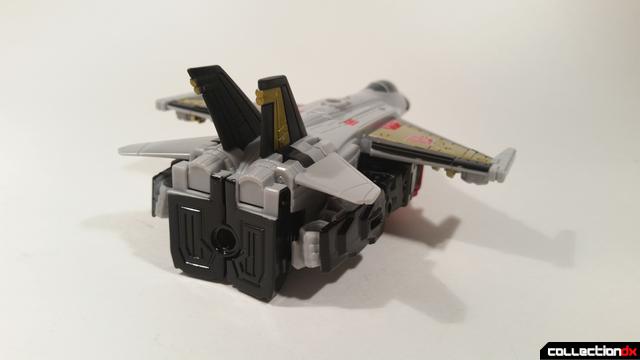 One slight bummer is that Skydive's wings don't peg or clip into place in anyway, so you can just fold them up if you knock it wrong. Not a big deal though. 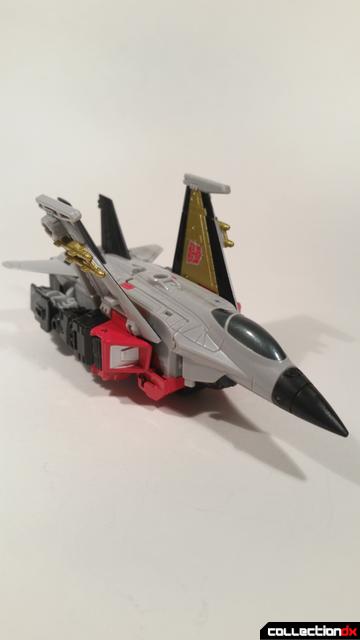 You can peg Skydive's blasters on either the top of his jet or under his wings. It reminds me of the YF-29 a whole lot in this mode. 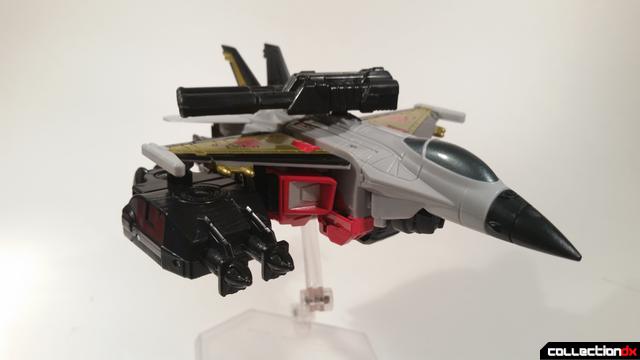 A lot of the Aerialbots follow the same scheme of transformation: unfold the legs and lift up the arms. Skydive does a few different things in that his arms actually hinge upwards. This gives him a very broad set of shoulders that sets him apart from the otherwise lithe and acrobatic looking Aerialbots. 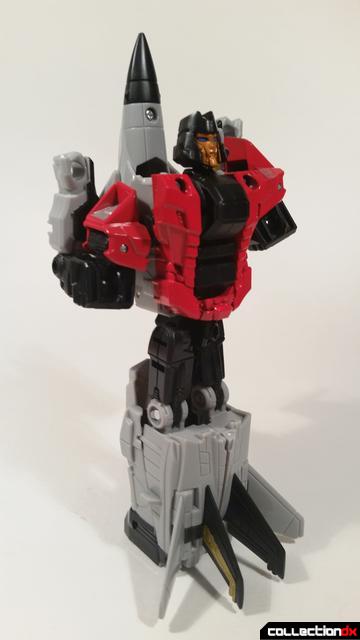 There's something undeniably blocky about Skydive, and I like it. The thick legs and broad shoulders makes him look pretty drastically different from Firefly. 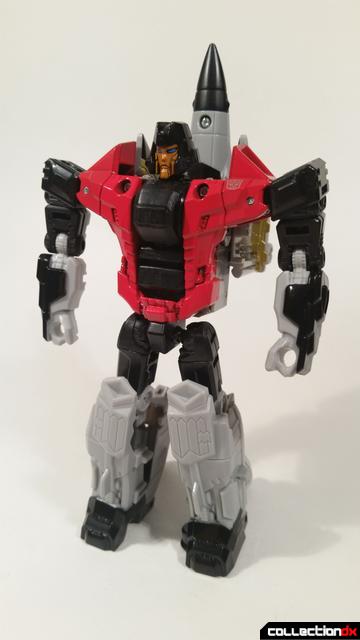 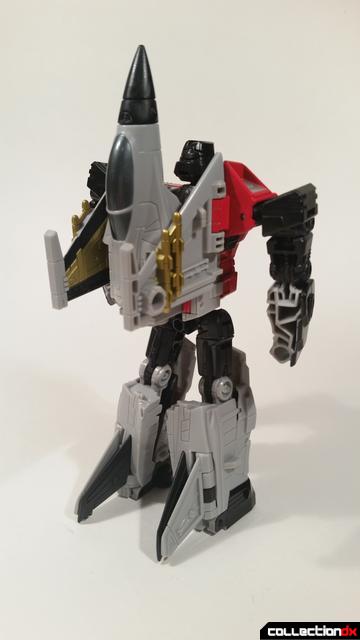 Skydive comes with perhaps some of the most luscious lips I've ever seen on a robot in years. 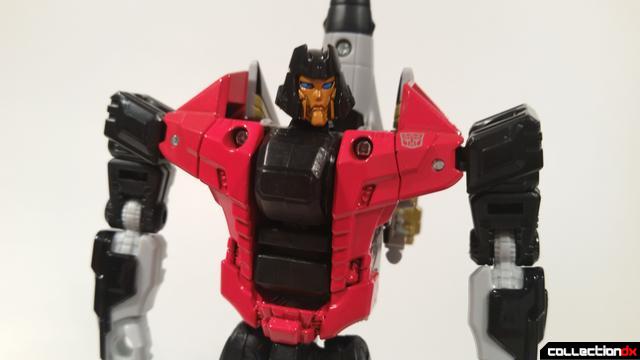 A lot of the articulation is the same across the board on Combiner Wars, and Skydive follows the same suit with ball jointed hips, shoulders, a head, and nice waist swivel. 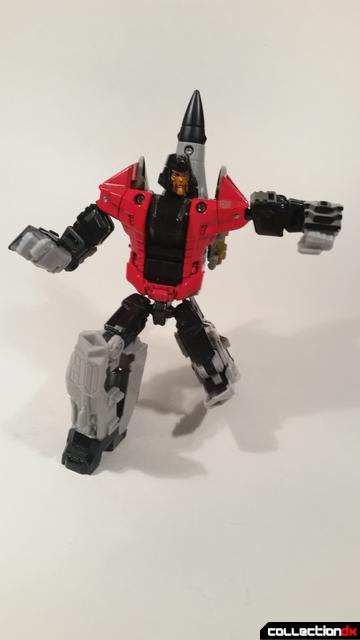 Skydive also has a hole for a stand on his back, but it's actually a bit larger than 3mm. So you may need to use an arm to hold him, or just balance it well like I did. 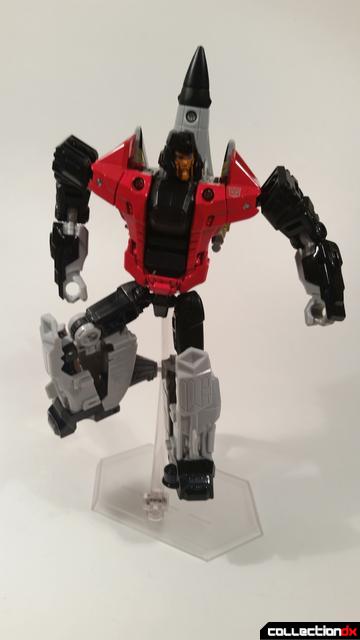 Skydive's gun looks a bit odd when held as a standard blaster. It just looks a bit to big and bulky to work well. 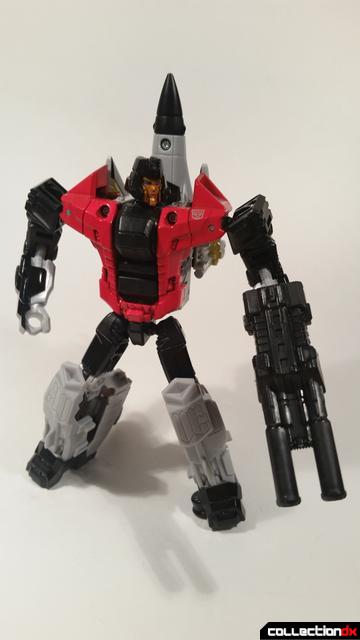 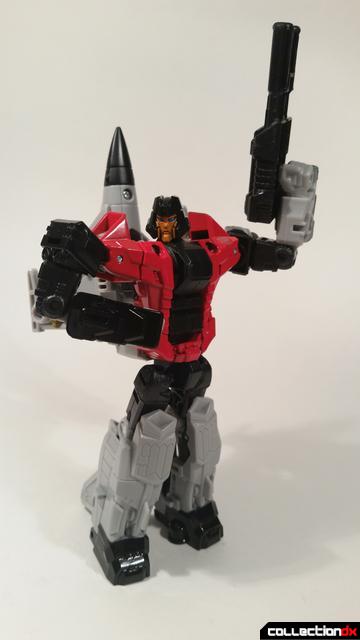 I think it's much better suited to being armed on his wings. 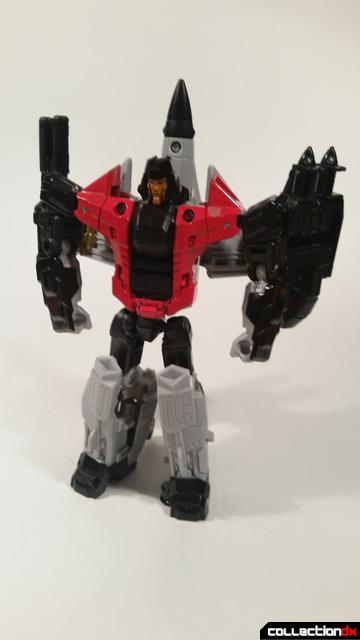 Even though I'm not as much into Skydive's robot mode, his arm mode is one of my favorites. I love how the arms actually have dedicated slots to peg into on the wings for this mode, and it just looks so nice with the slopes of the wings serving as solid shoulder pieces. 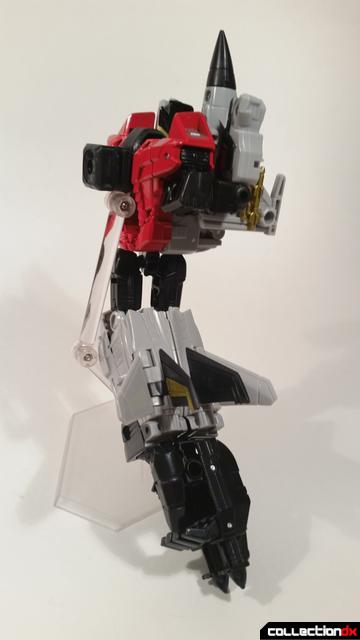 The leg mode is good too, but much like in jet mode, I wish the wings had some way of staying in place. 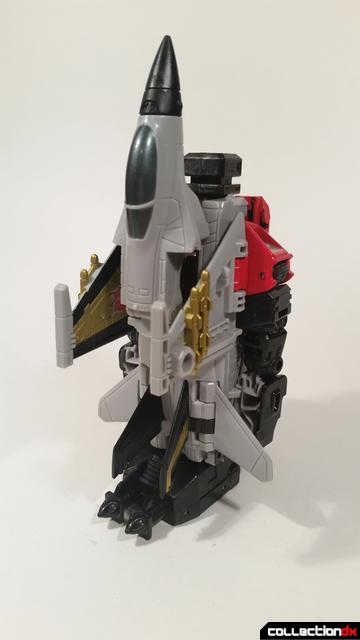 I think what I learned from Skydive is that even if I don't like a figure's particular robot or alt mode, there's going to be at least one mode I really enjoy as an arm or leg. Even though his robot mode is a little basic, he still feels unique, like he brings something to the team. So even though I like just about every other Aerialbot toy better than him, I still am more than happy to have him. 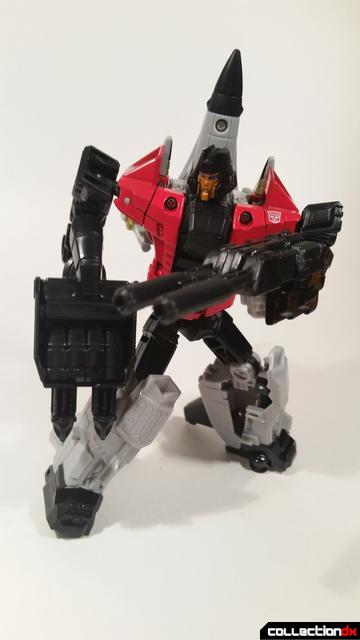 I'm glad you can overlook the jet mode's underside, but I just can't.

Is the chunky-underside aesthetic maybe why Silverbolt doesn't seem all that popular?