The 2011 Tohoku earthquake and subsequent tsunami occurred in March, and was extremely destructive.  The aftermath has faded from the headlines, but Japan is still recovering.  Vinyl and robot USB toy maker Incubot Productions has teamed up with CustomUSB and World Event Productions to release these special Shiroi versions of the Nekosaur USB and Voltron USB. 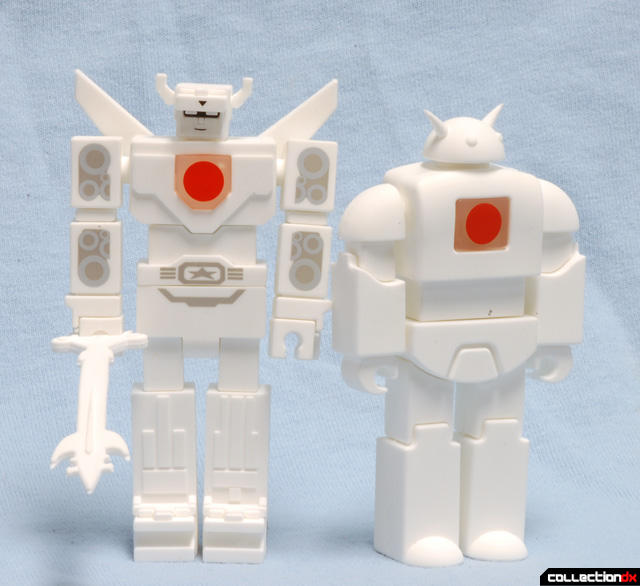 Cast in pure white rubber with special Rising Sun printings on the light up chest logos, these two make a striking pair.  Voltron retains all of his tampo printed detail, while Nekosaur is all white (having only molded color detail regularly).  I have had these guys for a couple of days and handled them regularly, and the white rubber has yet to pick up any dirt or discoloration, so hopefully they will stay clean. 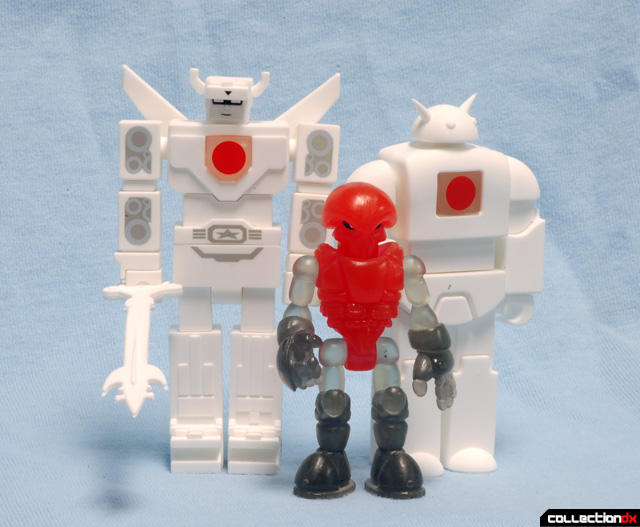 If you are new to Incubot Productions, the USB line features rubber figures articulated at the shoulders and neck, that also split apart at the waist to reveal a 2GB USB thumb drive embedded in the upper body.  Also included on each flash drive is a special thank you note for supporting the relief efforts through your purchase. 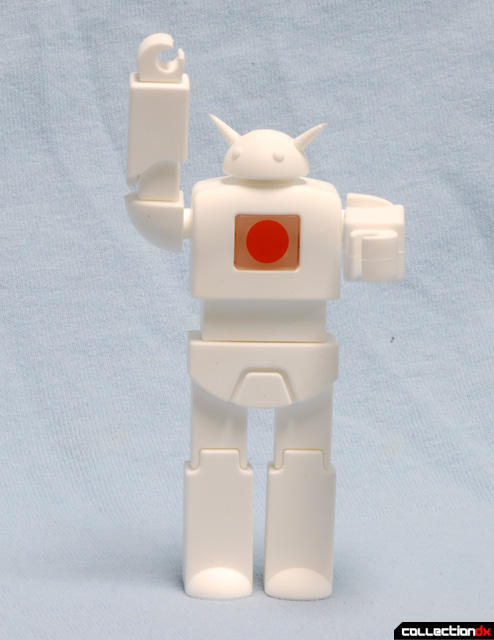 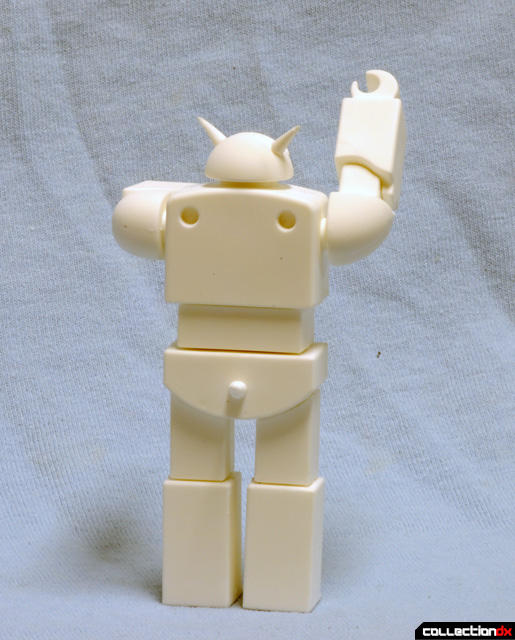 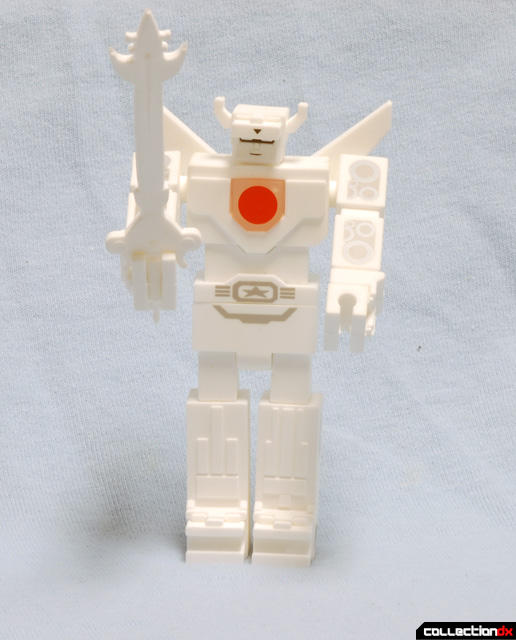 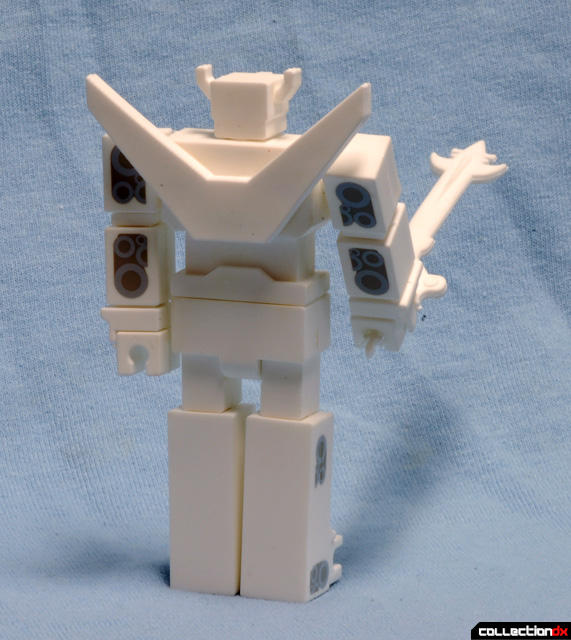 These guys are identical to previous versions of each mold, with one exception per figure.  The new Shiroi Voltron’s sword is significantly softer than the regular release version.  Nekosaur features what appears to be an actual mold change, or just omitting a part on the regular versions.  Instead of the ToyboxDX logo on the back, Nekosaur has a blank back with what appear to be two peg holes. 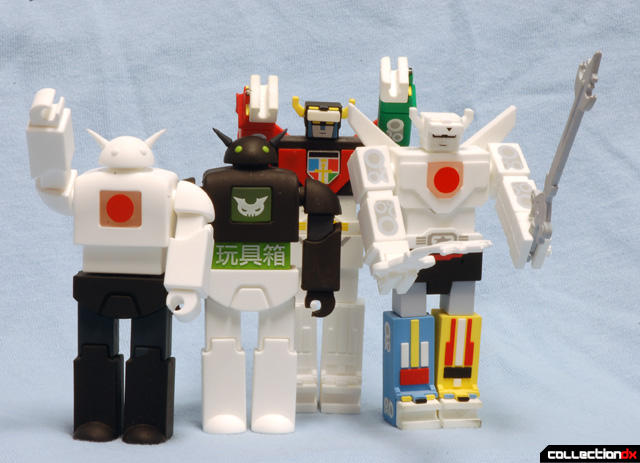 Because all Incubot USB figures are built on the same thumb drive, the tops and bottoms are interchangeable.  Labor Day is not until September 5th this year, so these guys are still fashionable. 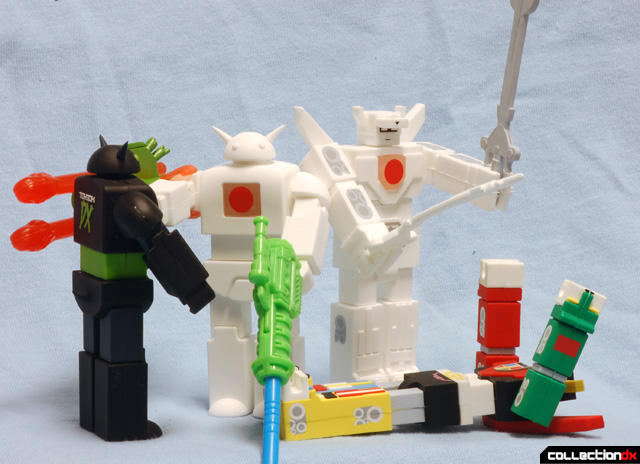 Along with being functional excuses to pack a toy, these guys are also a lot of fun.  They are a good size to mess around with, and feature grippy hands.  Because they are rubber, the hands have some give, so you can fit plenty of accessories into their hands. 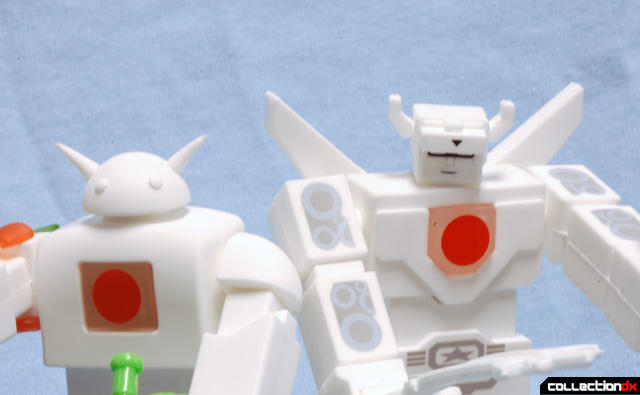 You can get your Shiroi Voltron and Nekosaur from Incubot Productions directly, for $20 each, which is cheaper than the other versions have been.  For an awesome price you get a great toy that also is functional in your everyday dealings, and all profits from the sale go to the Japanese Red Cross Society and Safecast, a radiation monitoring effort!

8 comments posted
I'm sorry if I sound a bit

I'm sorry if I sound a bit dense, but what does the 2011 tsunami have to do with these USB figures? Are they supposed to be colored like Japan's flag (i.e. national pride)?

"all profits from the sale go to the Japanese Red Cross Society and Safecast, a radiation monitoring effort!"

My apologies, then. I must have accidentally overlooked a piece of text as I was scanning the page.

I totally meant to offer brownie points to who could identify those. Nicely done.

That's a nice original Blazing Sword on the Shiroi Voltron.