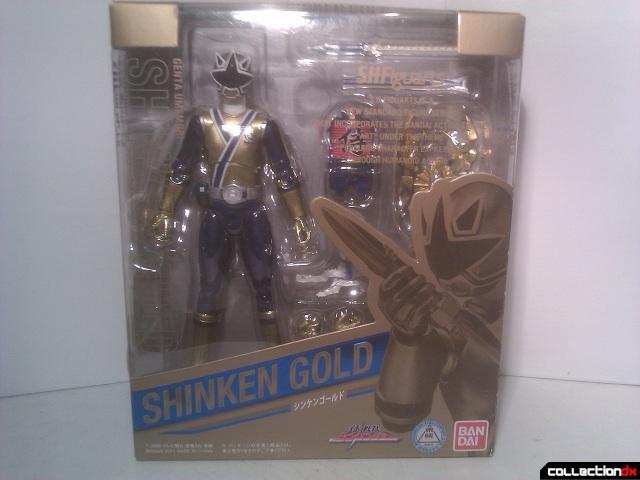 Samurai Sentai Shinkenger is probably my favorite Super Sentai show ever. I was completely overjoyed when I heard that Bandai was releasing Shinkenger figures in their excellent S.H. Figuarts line. S.H. Figuarts are action figures that promise one thing: unparalleled motion. These are the most articulated figures on the market, and S.H. Figuarts ShinkenGold is no exception. 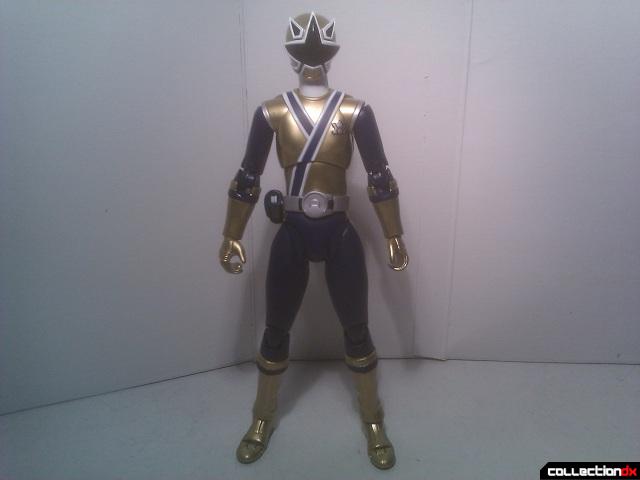 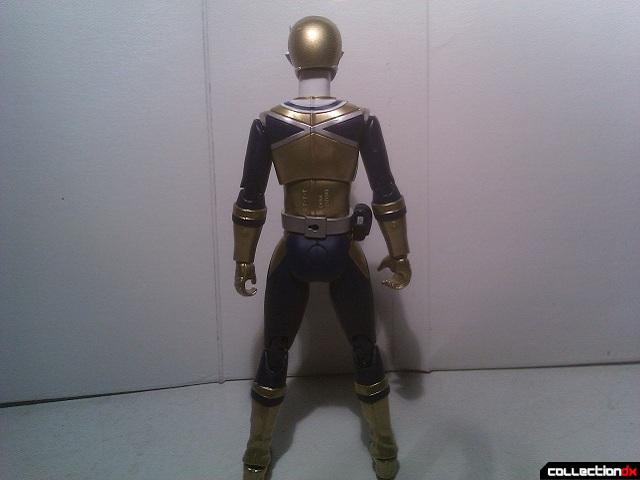 ShinkenGold was the sixth member of the Shinkengers. His first appearance is unforgettable as he stylishly soars from the trees to lay waste to an army of baddies (mostly in less than a blink of an eye). S.H. Figuarts are generally more lanky figures, and that helps create the illusion of skin-tight spandex. The mold is very clean and mostly unbroken, which causes some problems with the articulation. More on that later. 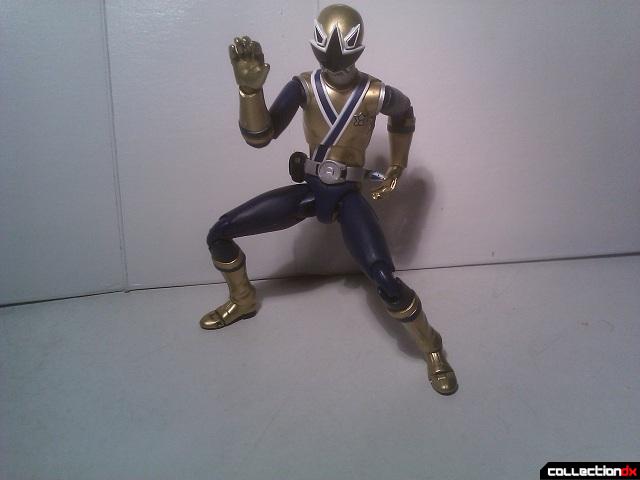 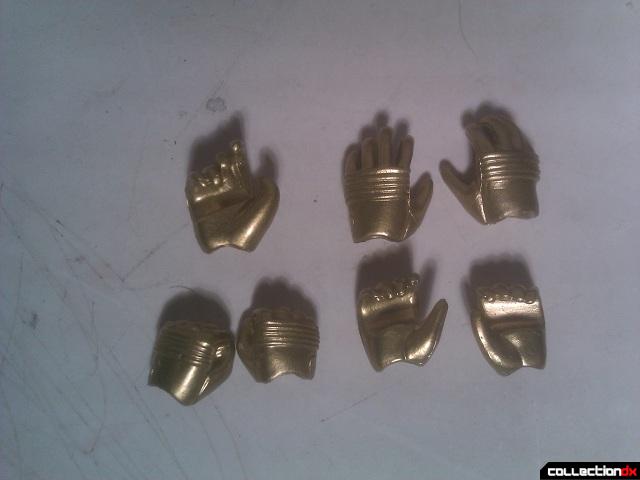 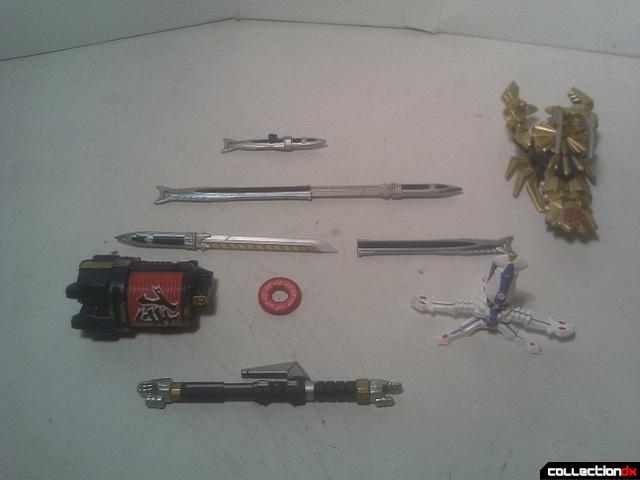 His accessory count is exceptional, even for a Figuart. He comes with three and a half sets of hands: fists,  holding-things hands, calm splayed hands, and one hand for holding DaiGoYou’s arm-y beat stick. He comes with DaiGoYou in lantern form, complete with the aforementioned arm-y beat stick, Ika (the squid origami), Ebi (the lobster origami),the SushiDisk, and three sets of his Sakanamaru: one small sheathed version that attaches to his belt, one that is halfway unsheathed, and a fully unsheathed Sakanamaru with a separate sheath. It would’ve been neat to have a Sakanamaru that could be sheathed completely, but at this scale the plastic would’ve been very thin. With all of these accessories, it is possible to pose ShinkenGold practically any way that he posed in the show. 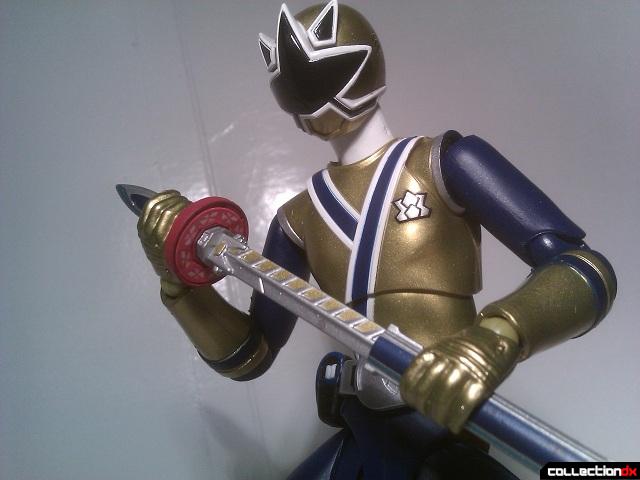 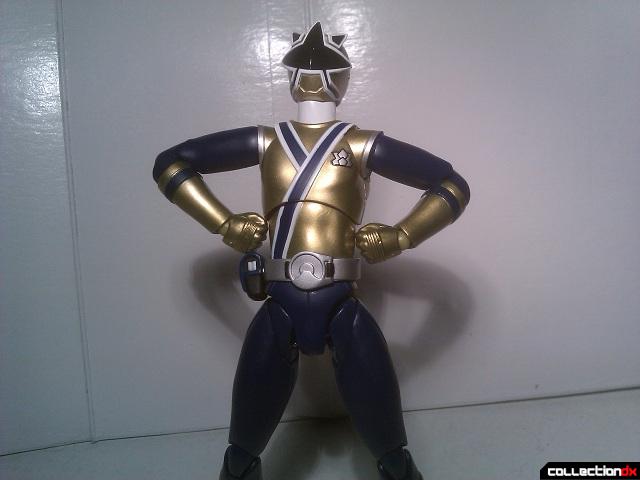 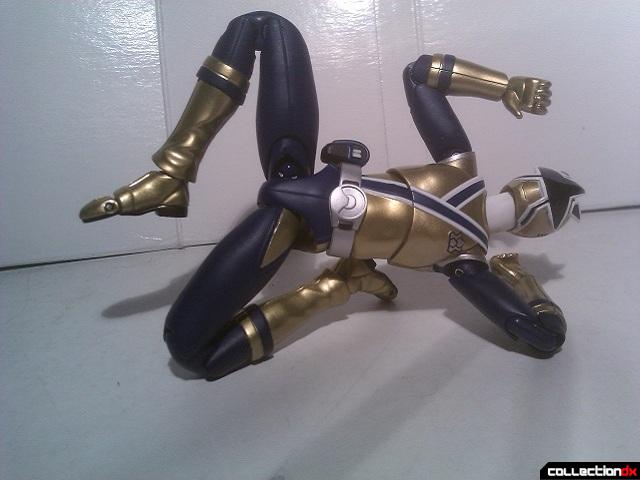 The figure’s articulation is its greatest triumph, yet sadly it’s also its greatest weakness. There are ball joints, universal joints, and double joints EVERYWHERE. He has double-jointed knees and elbows, ball jointed swiveling hips that can also move up or down on a hinge, ball-jointed feet, ball-jointed hands, two neck joints, and great waist joint, and two fairly lackluster joints in his shoulders and chest. His chest articulation is almost not even there and that’s disappointing, but it’s easy to see why it was done this way. If he would’ve had a huge spacious chest to move around in, the sculpt would be interrupted. It may seem terrible, but it really doesn’t get in the way that much. The shoulders are the other sad joints. They’re mostly awesome due to the layered design. His shoulders look great in any pose because the plastic shoulder pieces cover the articulation really well. It looks very natural. The problem comes when you want to position his biceps in a different way. There isn’t a real bicep joint because the swivel is located inside the shoulder. I believe this was done to preserve the sleekness of the sculpt, but I would’ve rather had a real bicep swivel. This really only gets in the way if you try to cross his arms, and it’s actually a fairly small complaint because the figure is basically perfect in almost every other way. 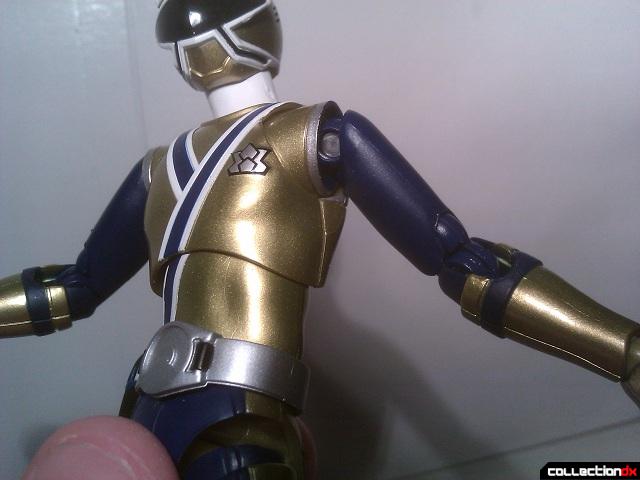 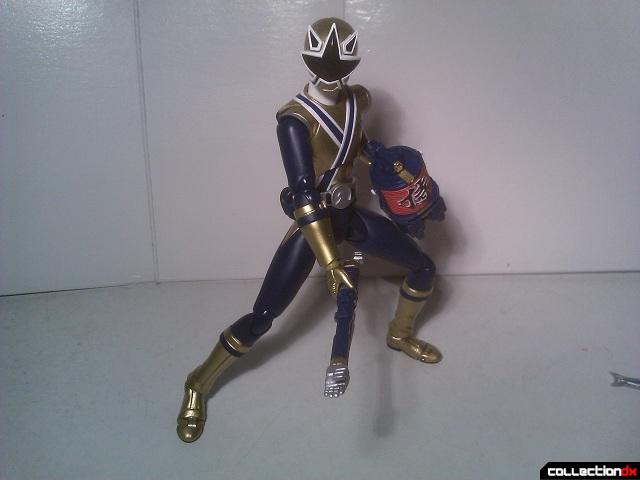 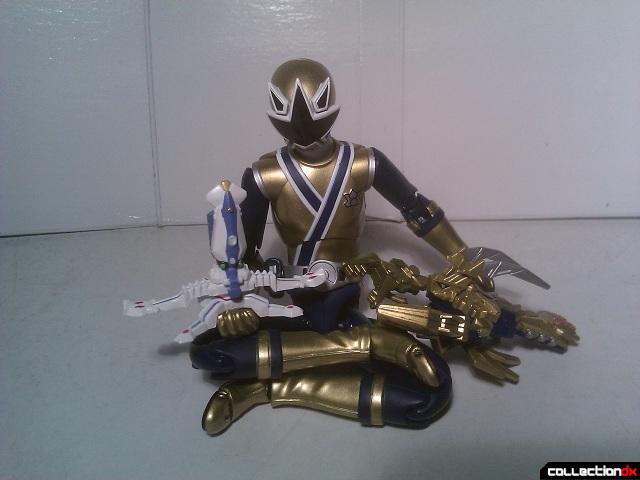 ShinkenGold is a great addition to the Figuarts family, and is definitely the best of the mass-release Shinkenger Figuarts. His minor articulation problems are easily outweighed by the supreme awesomeness of every other aspect of the toy. If you are a fan of Shinkenger, or even Power Rangers Samurai, then you need this toy. He retails for about $35 USD, and is fairly easy to find. He is highly recommended. 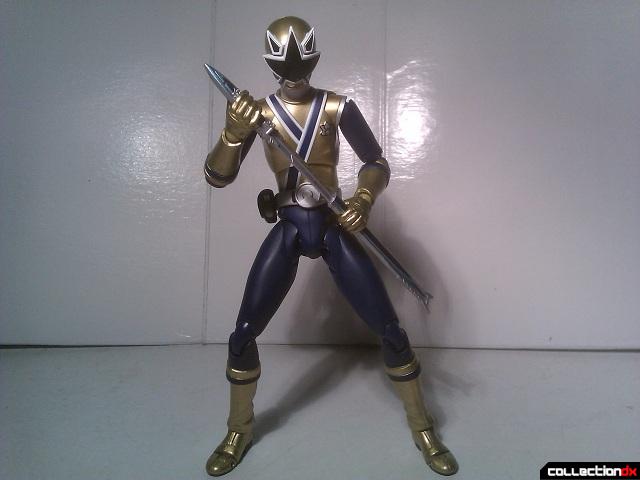 I love Shinkenger as well, it was the series that introduced me to Super Sentai and inspired a fervor in me that I hadn't felt since watching the original Power Rangers so long ago. These figures are indeed incredible... the amount of detail that goes into them is just stunning. I'm hoping to find a relatively inexpensive ShinkenRed for my birthday!

This one is 2320 yen, around 30 USD. That's about as cheap as I could find it. HLJ has it for a few dollars more. The first wave of ShinkenRed Figuarts had different color paint on the shoulders, but the shots of the second wave look to have corrected this. I'm not 1000% positive, but even so, the figure is definitely a great one to have.

They actually have this at Toys R Us! My local TRU today had this one and Red for 35 bucks a piece.