As a fan of Toei’s Super Sentai series, I began to kick around the idea of taking the next step into Super Sentai fandom: putting together a costume. It is not a decision to be taken lightly, since a good Super Sentai(or Power Rangers if that is the flavor you like) costume can run around a thousand dollars. I decided that buy the costume piece by piece, starting with the helmet, one of the most expensive parts of the costume. After many months of debating over what character I wanted to pursue, I settled on Shinken Red from Shinkenger. The Samurai Sentai Shinkenger entry in the Super Sentai Series holds a special place in my heart, because it was the series that opened me up to not only Super Sentai, but also Tokusatsu. I chose Red, not because he was my favorite character, but because out of the Shinkenger cast his costume is the one that is the most widely produced by costume and prop makers; thus easier to get ahold of and easier on my wallet.

About a week ago, I got back from my vacation in New York, and to my surprise, there was a big DHL package from Indonesia waiting for me. I opened it up and there was the Shinken Red Helmet that I had ordered a while back. This helmet is freakin’ gorgeous. The maker, Aniki, did a great job with helmet. It is made of a sturdy fiberglass, which is beautifully painted in red and the design is pretty faithful to the show. 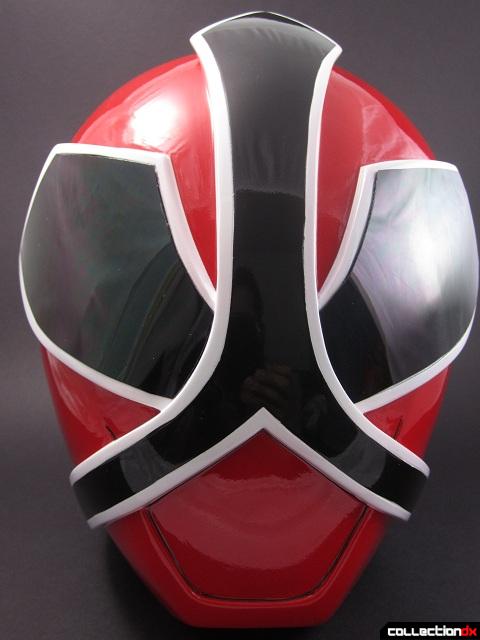 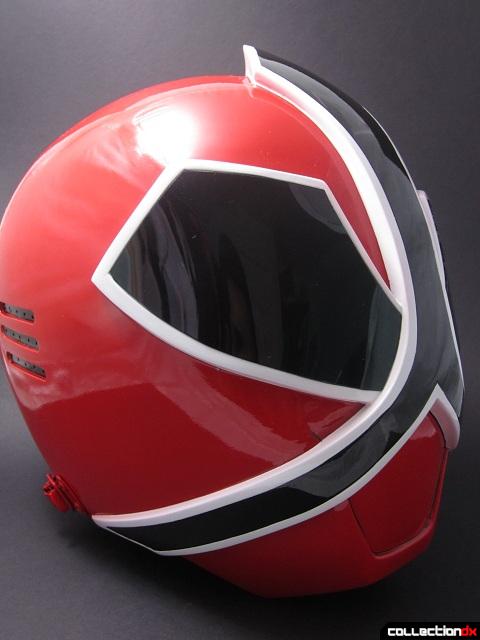 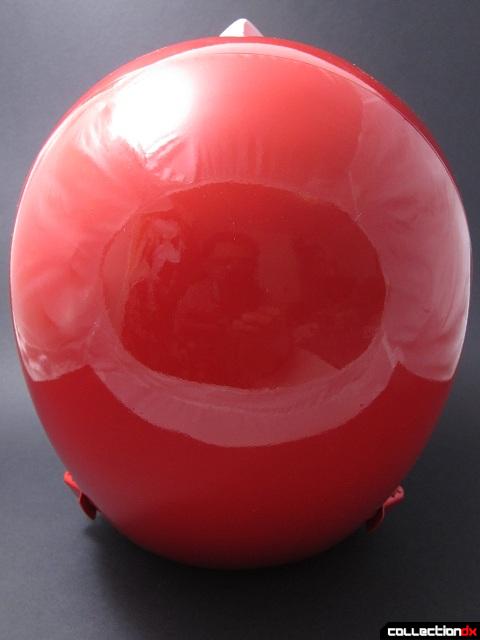 The helmet even has the breathing holes on the black lines on the side of the helmet. 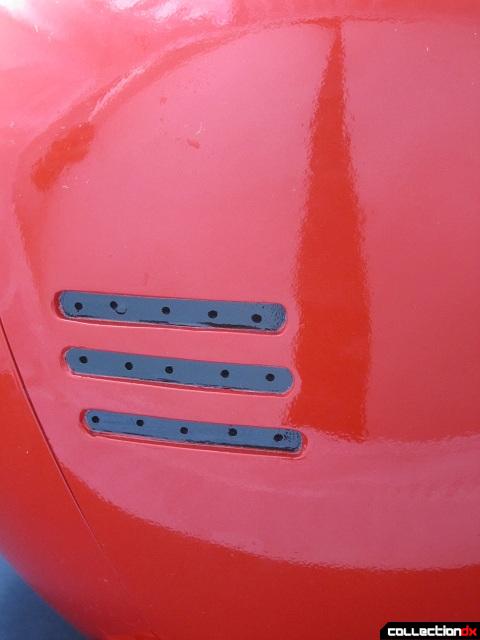 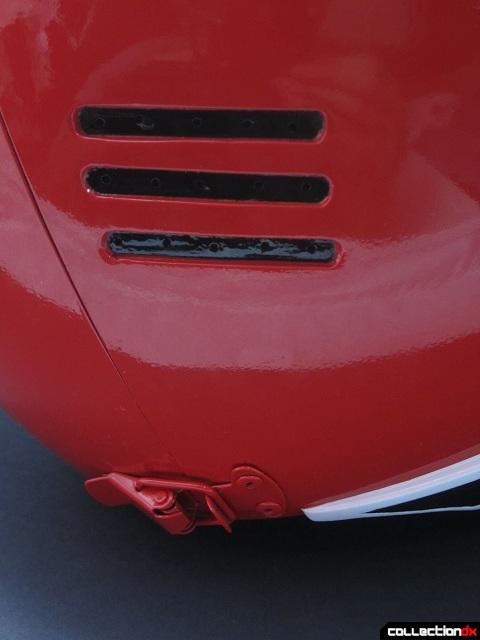 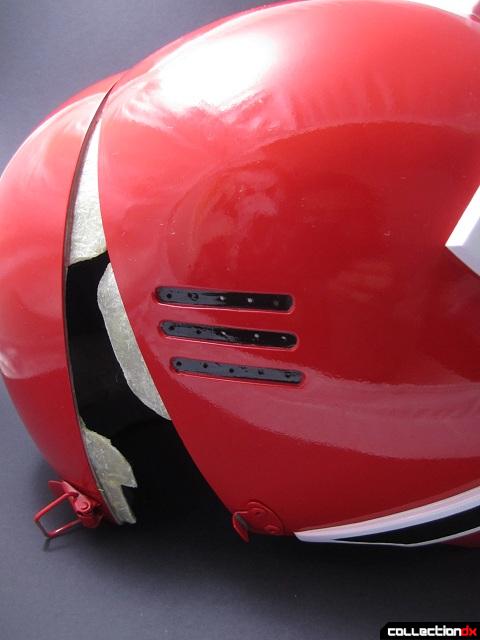 There is black padding inside the helmet to make wearing it a bit more comfortable. 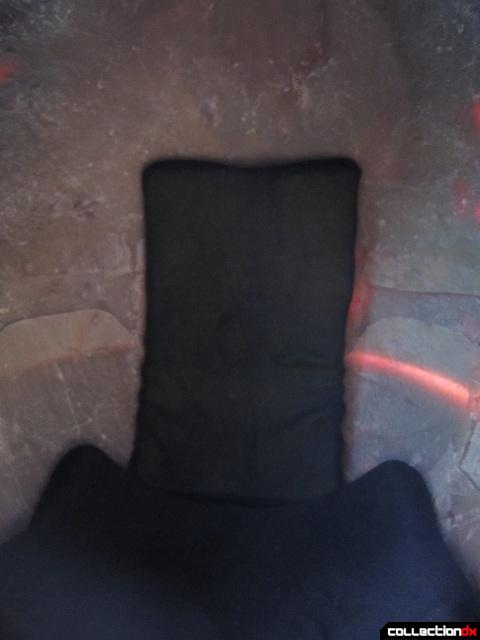 The view from the visor is pretty clear and easy to look through. 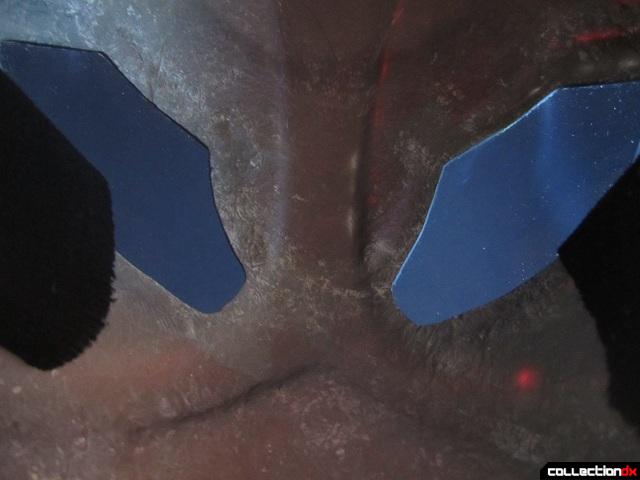 That is as far as I got to experience the helmet because it did not fit. The fit is a little snug from my chin to the top of my head, which was a little inconvenient. However, the helmet proved to be too small from my nose to the back of my head, which was a lot inconvenient. I should have known that something was up when the hood that Aniki included seemed a bit too snug on my head. 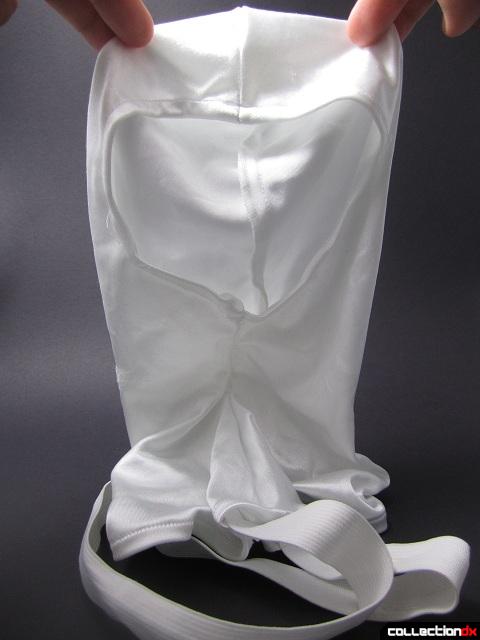 I had heard that Aniki's Megaranger helmets were pretty small, so even before buying my helmet; I had my concerns about its fit. I had contacted Aniki prior to deciding on a helmet, about the sizes of the various helmets that I was interested in. Ironically, the dimensions he provided made me slightly concerned that the Shinken Red helmet would not fit because I thought would be too short (from chin to the top of the head) or a tight fit, which it was. However, as I stated earlier, the problem with the helmet’s fit were the dimensions from front to back of the head, which according to my conversations with him should have had ample room. 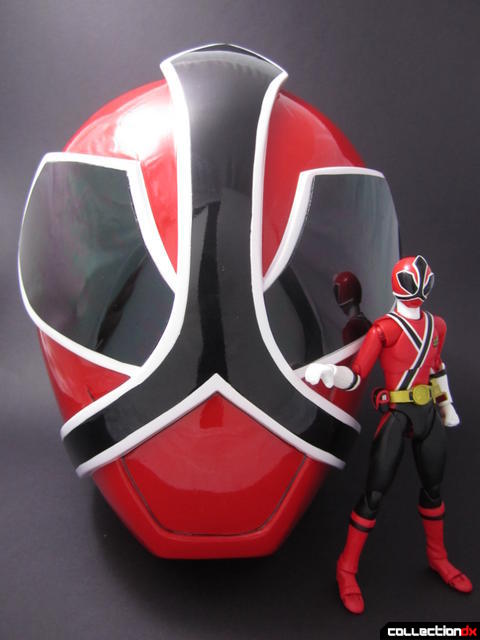 So as I found out, Aniki does some really good work with his helmets. Unfortunately, his communication is another story. Not only were his measurement inaccurate, but there was absolutely no responses to my inquiries after he began working on my helmet. I had contacted him three times about providing a sample of the color that he was going to use for the helmet, along with the helmet. This way I could match the color to fabric that would be used for the suit. In good faith, I thought he must have been busy and did not have time to reply to my messages, but he must have read at least one of them and would surely include a sample with my helmet…. no such luck. There was no color sample when the helmet was delivered, which matters little anymore since the helmet did not fit; thus ending my aspiration of putting together a Super Sentai costume. On the positive side, I now have $300 Shinken Red paperweight.

Very cool to attempt to start a full sized costume...too bad it didn't end like you wanted or it wasn't a great start however you want to look at it.

That is the problem with dealing with overseas transactions, their customer service isn't up to par in what we expect.

I still think you have a very cool item and over time I believe you will be glad to own it.....I would love to have a complete set of JAKQ helmets!

Don't abandon your quest for a full costume. You can always just build your own helmet. I saw a great tutorial with cardboard and paper mache that still looks just like the ones used on screen.

Leonardo- It is true that the level of service can vary when you deal with sellers overseas. I have had both really bad experiences and really good ones.It would definitely be cool to get some of the the older helmets, like JAKQ. Too bad that most of the helmets that are available are from everything Zyuranger and later.

J-mann- do you have a link for the tutorial? I would like to check it out and maybe start on something simple , like a Saint Seiya headpiece.

Also, thanks for the encouragement guys!

No problem this was an excellent review, I wish we had more like these with these great 1/1 scale items.

At first I thought it was one of those kid ones you can buy at the store, not until I opened the review I realized what this review was all about!

Good luck with making your own!

That's the link to the tutorial. I wasn't sure what the rules were with direct linking, so there's the url. With some effort, you can get something that looks pretty awesome.

Thanks! I will check it out

My advice would to try and build your own helmet using Pepakura, the only catch is that you'll have to find a Pep file for the helmet first. If you can find it it, with a bit of patience and lots of bondo, will produce excellent results, Pep and EVA foam are the methods/materials of choice amongst costumers these days. For more help I suggest popping over to the RPF over at http://www.thereplicapropforum.com/, you'll be able to find lots of advice on building your costumes and lots of tips on building using Pep. Best of luck to you.

Thanks for the info!