Figuring out the history of these mysterious Macross SD Battroid gashapon figures has been a pet project of mine that spans 24 years, two continents and three toy manufactures even though my conclusions are still an educated hypothesis at best. 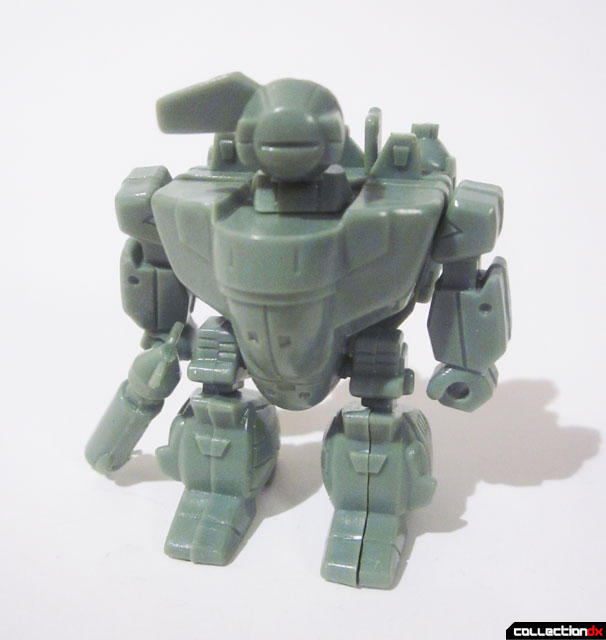 The Story of these Super Macross Robots goes back to the year 1987-88 when I first bought this SD VT-1. In 1987-88 I was living in Rialto, California, a small sleepy town between Los Angeles and San Bernardino build on the old Route 66 highway. Living in Rialto was a fun time in my life. I lived in a neighborhood with literally hundreds of kids with a hobby shop a five-minute walk from my house and a very cool comic shop about 15 minute walk. I was at the height of my true Otaku phase and literally all things Japanese, Anime and Manga. 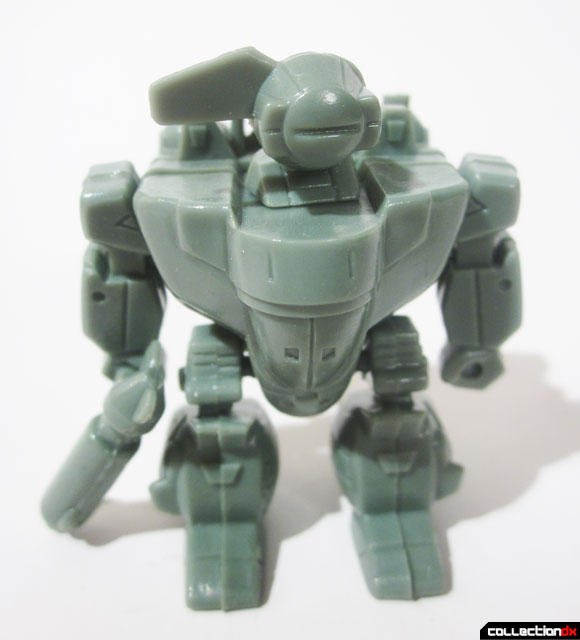 One day by chance my parents and I happened to walk into a Mexican Supermarket off the beaten path that we never visited and sitting in a vending machine were these Macross SD gashapon figures which I promptly bought as many as I could. We visited the store a few time just to get these figures when time permitted. Not sure what happened to all of them but it seems I only managed to get two types, this VT-1 and Armored Battroid, one of each type I still own to this day. 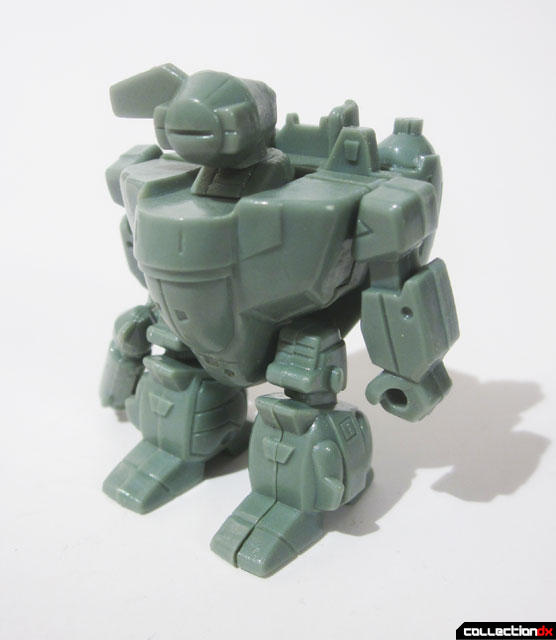 Having already been aware of the Bandai Nice Present Givaway SD Macross figures from Pony Toy Go Round and knowing that these Super Macross Robots were bootlegs I always wondered what were the origins of these figures. This mystery bugged me for many years, I could just never tie these into any legitimate releases, and the fact that the header card actual used the word Macross in the title made me think it could actually be some sort of odd official foreign release. 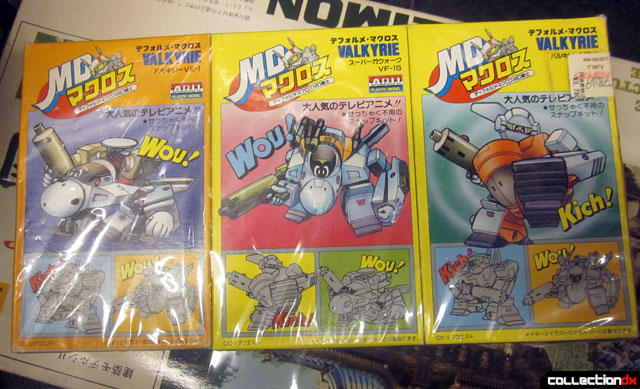 It was not until I visited Mandrake in Nagoya, Japan last summer that I was able to finally put some sort of back-story of these figures together. While shopping at Mandrake in Nagoya last July I happened to come across this extremely rare Arii Macross SD model kit set. What makes this set so rare is that I have never even seen them documented anywhere. Macrossworld.com does not have it listed in their archives; I do not remember them when I was young and the many years of looking for Macross model kits I have never accidently came across them. Even the hefty price for the seemingly simple product belies the rarity of these. 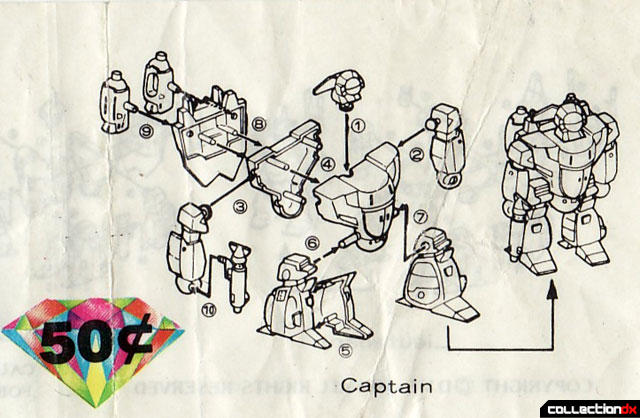 But now I had some official evidence on where these Super Macross Robots originated but it seems with every question that is answered and new one is asked. As you can see by the package it looks like the Bandai Nice Present Givaway SD gashapon actually originated from these Arii SD’s as well. So what gives? Why did Arii produce so few of these only to sell the molds to Bandai who would go on to produce their Nice Present Givaway figures? Why did Bandai only reissue the gerwalk/fighter SD and not the Battroid SD figures?

By the very nature of this release implies Arii had some knowledge and designs of the Do You Remember Love? film which was about to be in production because of the strike pack, VT-1 and VE-1 SD figure releases. The last big question is why would Arii sell off the molds to a toy they produced for DYRL before the film was released? Somewhere in some Arii/Imai/Bandai/ file cabinet I am sure the answers are there. Or not. You can see why the histories of these SD toys are so puzzlingly when one stops to think about it.

Regardless it was great to accidently come across these back in 1988 and I am glad I had picked them up when I did. They were distributed here in the USA by a company called D.V.S. which I believe stands for Diamond Vending Services, one of North America’s biggest vending machine supplier. 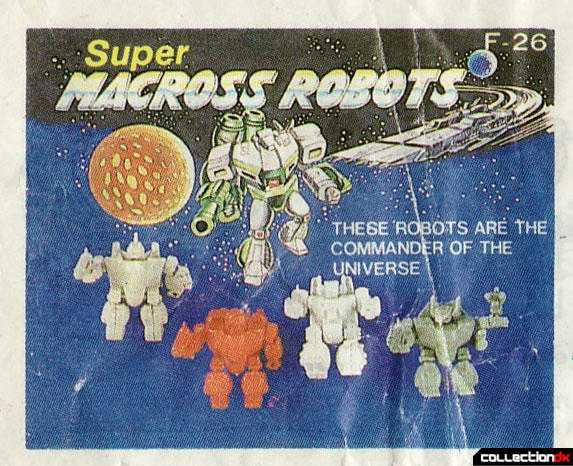 Although these are bootlegs I do admire them, especially the ultra cool instruction fold out with the Macross hauling ass in the background and a catch line that proclaims “Super Macross Robots. These Robots are the Commander of the Universe!” Sometimes I wish official Macross toys had these types of awe-inspiring phrases. It looks like only four releases where manufactured: Lieutenant (VF-1S Strike Valkyrie), Sergeant (VF-1A Super Valkyrie), Private (VF-1J Armored Battroid) and Captain (VT-1 Trainer). 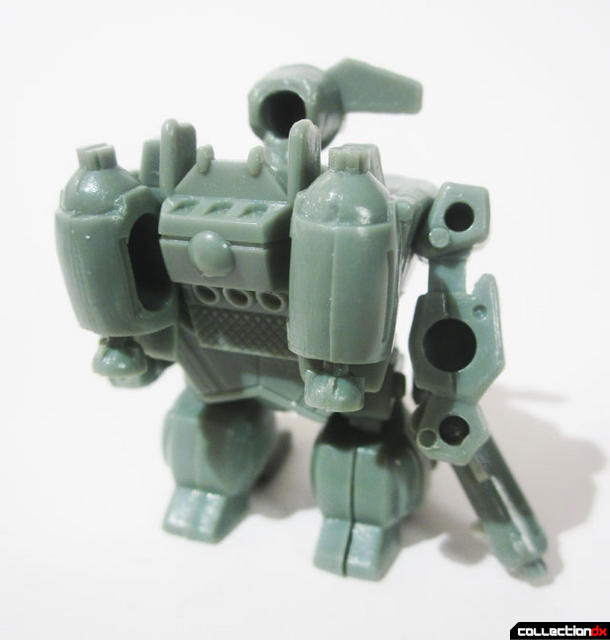 What is so great about this particular release is that it is a VT-1 from Do You Remember Love?, which had only one other releases in the 1980’s. It is always great seeing that unique VT-1 head in any form and this SD version is no exception. The SD rendition captures the subtle details of the VT-1 Valkyrie but with the charm we should expect from SD renditions.

I cannot stress enough how rare these are, it be these bootleg versions or the official Arii releases. If you should ever come across these Battroid versions at a reasonable price, I would not hesitate to pick them up with no regrets, as most likely it will be the only chance to add these in your collection. My only regret was that I was not able to pick up the other two to complete the set but I can only hope someday the other two would find there way into my collection.

Really interesting write-up! The added levels of research were a good read, and I am digging the trend of reviews with more personal stories attached to them recently.

Of all the Valkyries to get the SD treatment, this one seems to be just such an odd choice. Really awesome in its own way though for sure.

Thanks for the comments.

Usually I try to put the context of a product as to just writing the toy review itself. It might give younger collectors what it was like to collect in the 1980's. Thank You!

Yes, it looks like Arii was building up to DYRL which is why those chose some Valkyries that didn't get a lot of screen time previously. Thanks!

I LOVE that Super Macross Robots paper insert. Thanks so much for providing such good images of it. To me, the packaging graphics and other such ephemera are often the most interesting part of toys like this.