As with most characters in the Marvel universe, the character Scourge has been played by more than one person. This particular version of Scourge is a brain washed Demolition Man, under the control of Hydra. Scourge comes packed in the standard Marvel Legends window box. He comes with a knife, pistol, shotgun, removable ammo belt, bandoleer, thigh holster and a build a figure part. 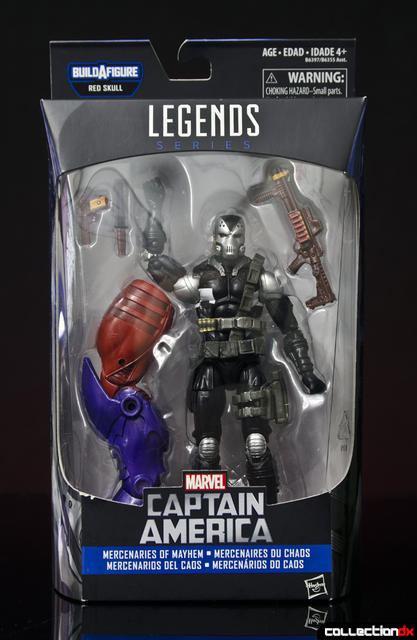 Scourge stands almost exactly 6 inches tall, which makes him just a touch short for new Legends, although not by much (they seem to get taller every wave). 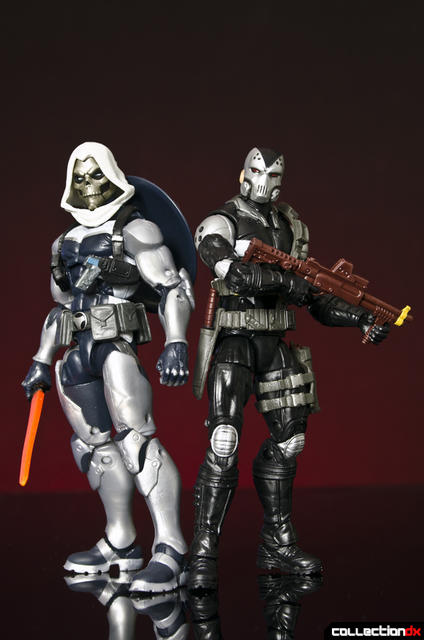 Scourge re-uses the Electro mold. It's mostly a solid build but it's starting to shows it's age when compared to new molds. The ankles in particular are a bit dated, they have backward pivot and side to side swivel but the forward range is severely limited. The rest of the articulation is pretty spot on. 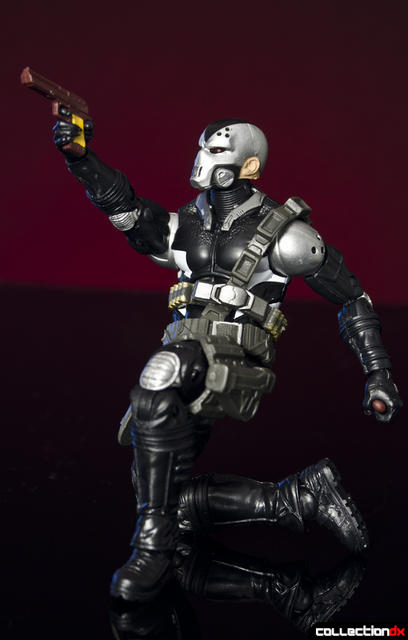 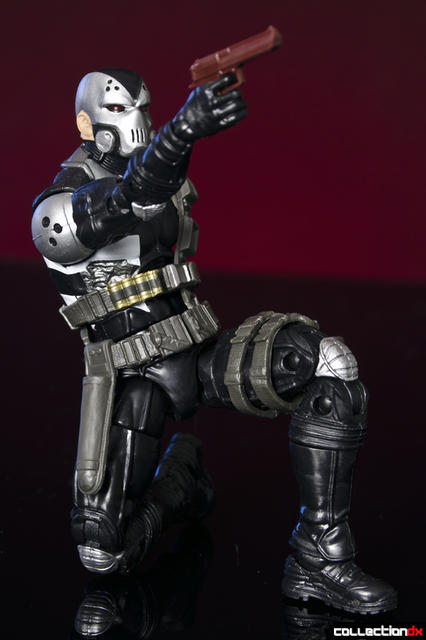 The paint is about average for the Legends line. The white paint apps are nice and crisp, and all the lines are sharp. 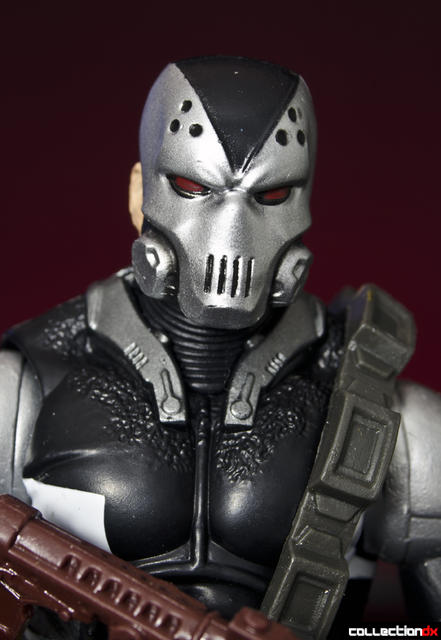 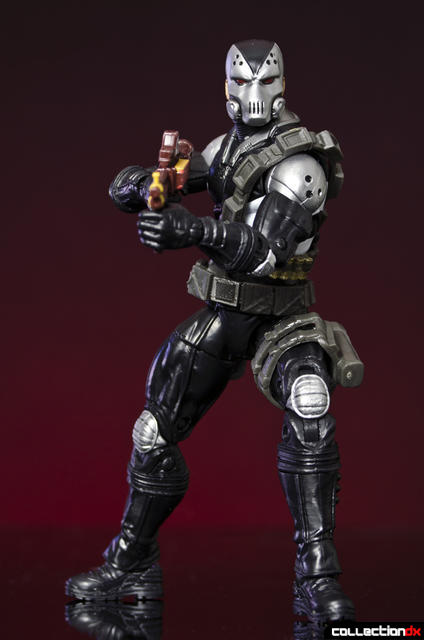 Scourge comes with a wide variety of weapons and accessories. The pistol can be stored in the thigh holster and the knife in the waist sheath, the shot gun however doesn't store anywhere when it's not being held. I'm not a huge fan of the dookie brown, and yellow weapons at all. I get that it's an homage to the D-man colors, but they just don't work for me. 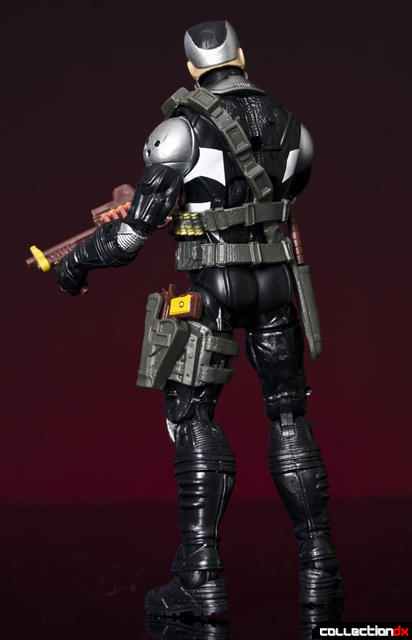 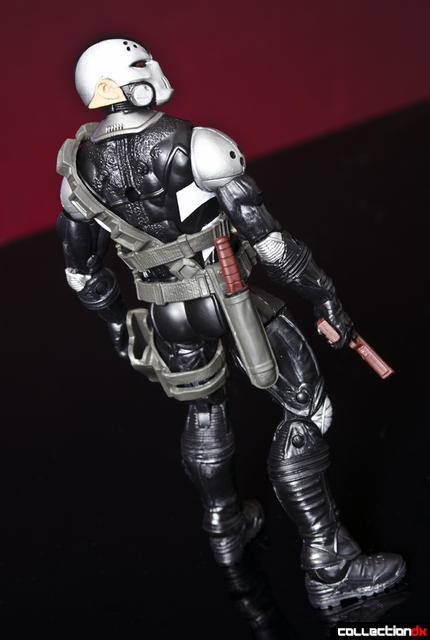 Scourge can wield all his weapons in a variety of poses thanks to excellent range in his arms and shoulders. He only comes with two hands, and the knife holding hand doesn't do a great job of gripping the knife. 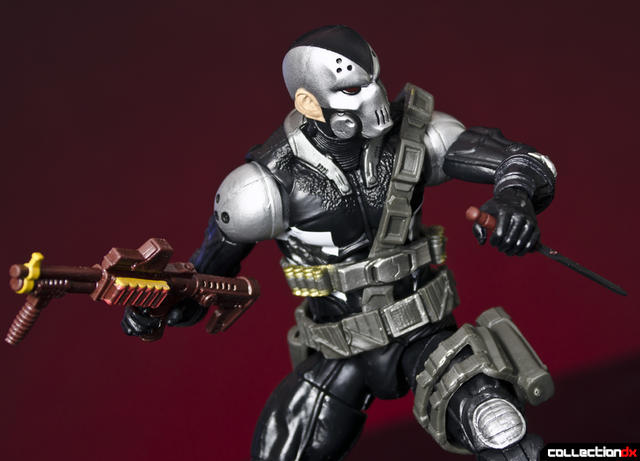 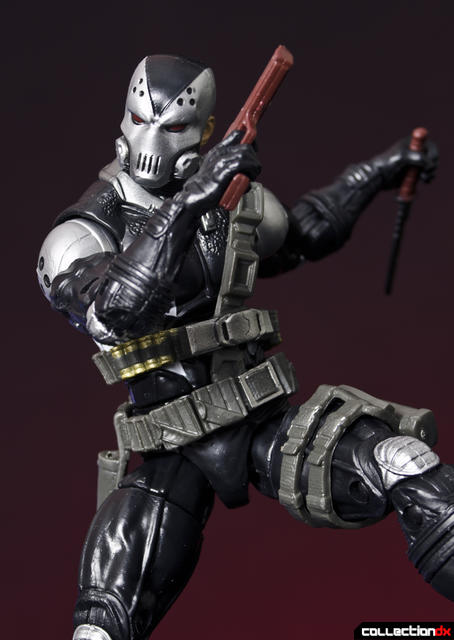 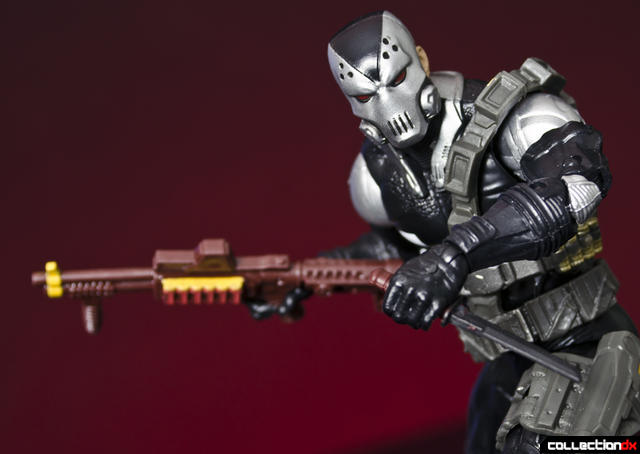 The weapon belt, bandoleer, and thigh holster are all removable. Additionally, several heads fit on the Scourge body to include Ultimate Nick Fury and Red Skull. Scourge also works with Nick Fury's Jacket which allows you to pull off a decent Dark Reign Scourge. 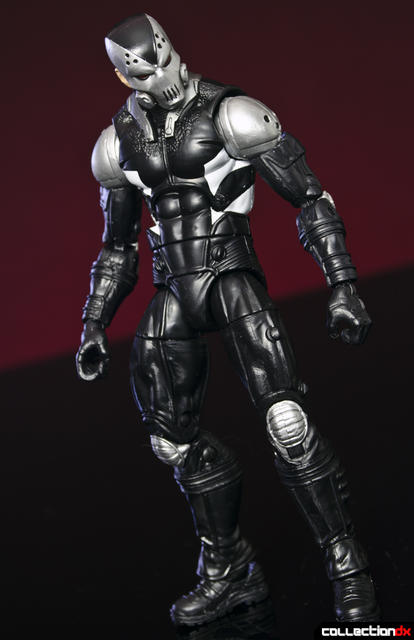 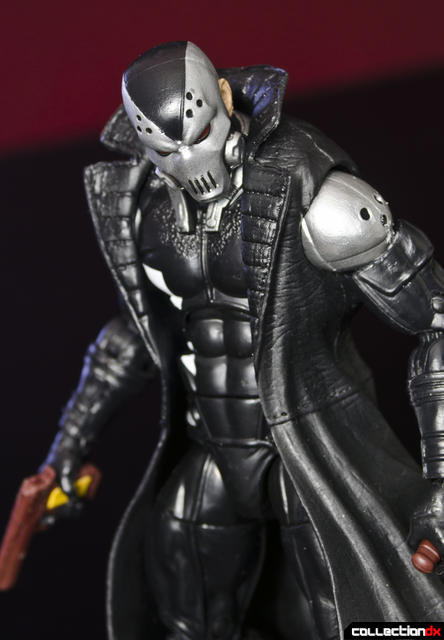 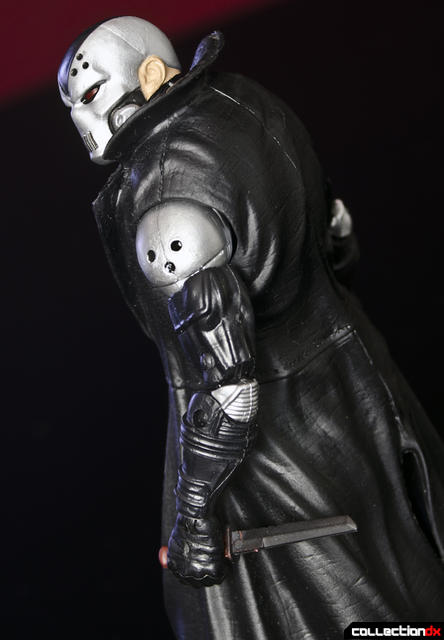 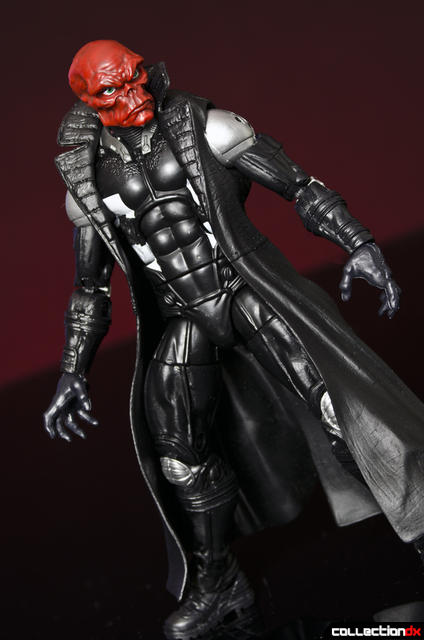 Scourge is nice because he can fill two roles. He can be the character "Scourge", if you're a fan of him in the comics, but he also makes a great generic thug, or base body for a custom figure. The Electro body is a little dated, but not so much that you can't enjoy him. With all the versatility that this figure offers, its an easy buy for any Legends fan. 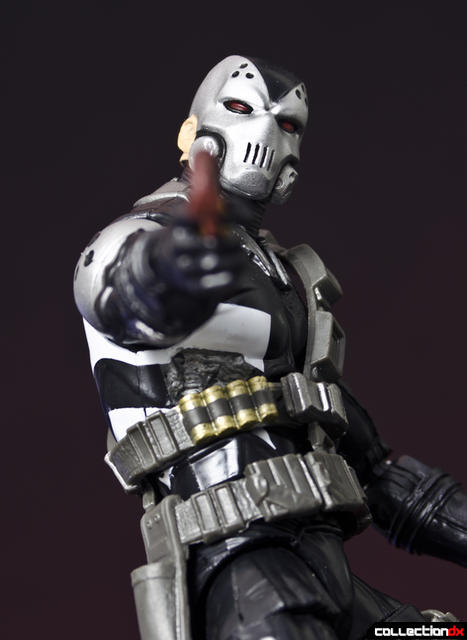 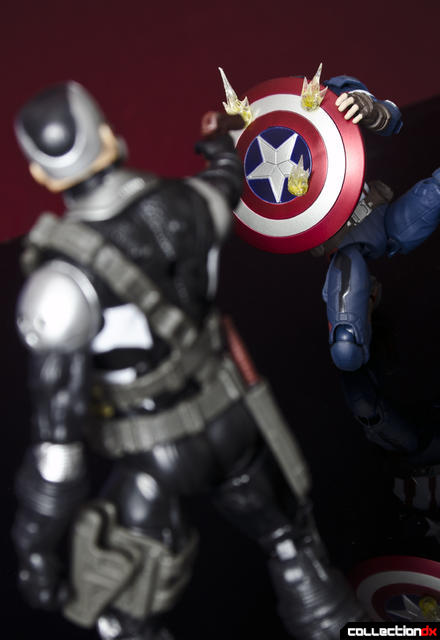 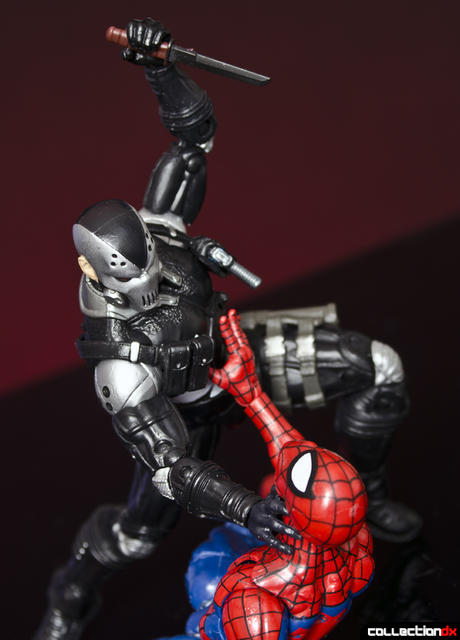