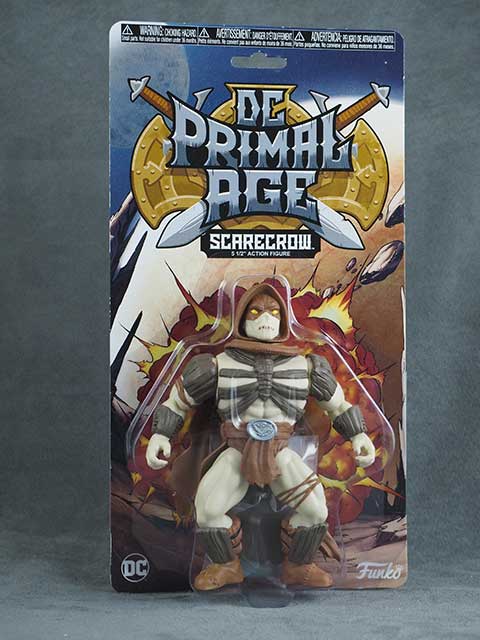 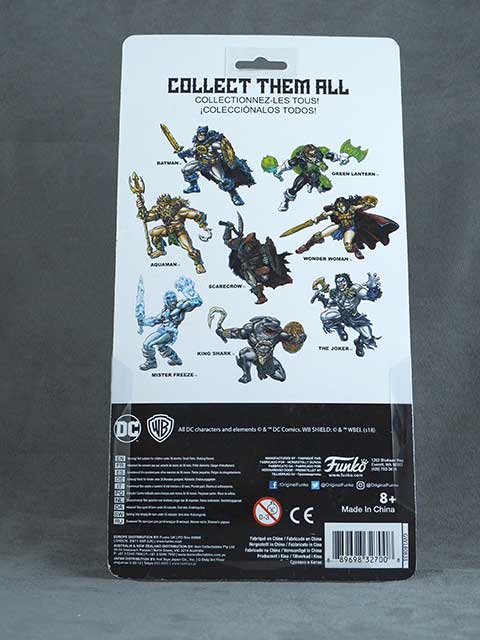 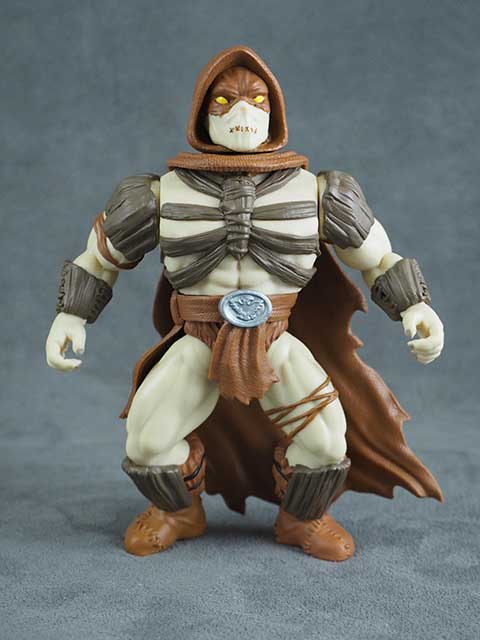 Scarecrow is kind of a fun figure, and only the second in the line to have a cape. He's sufficiently well done with a good "scary" motif. The wrapped twigs seem to have a skeleton pattern, which I can appreciate. 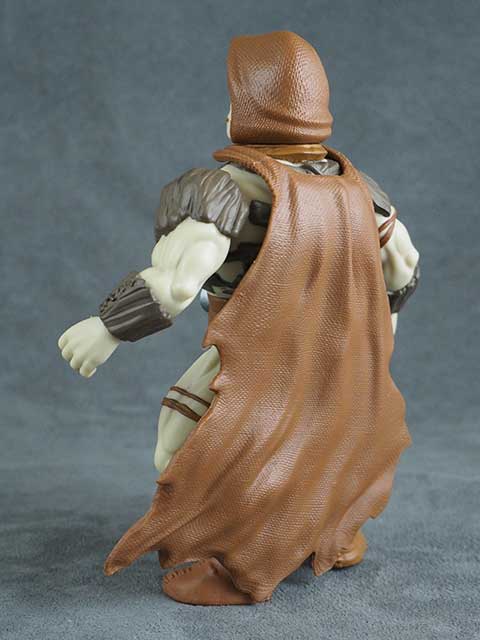 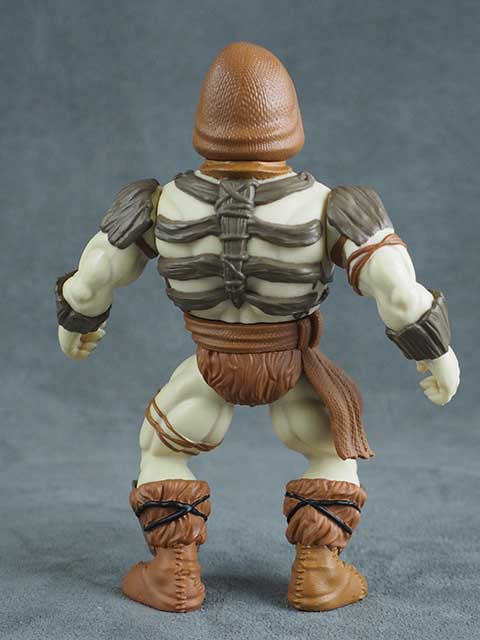 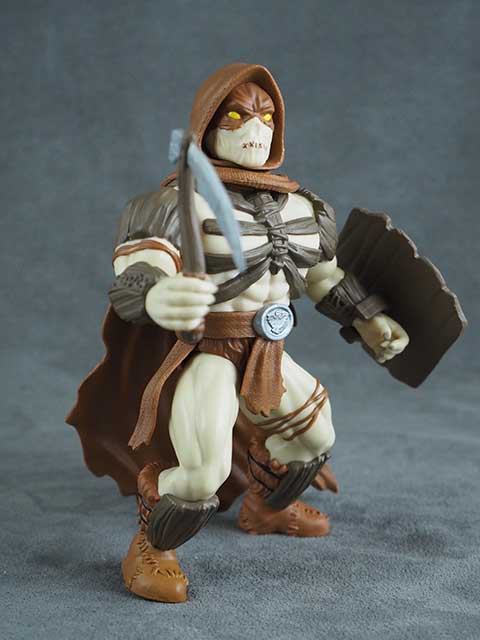 Scarecrow comes with a sickle weapon and a wooden shield that clips onto the arm. 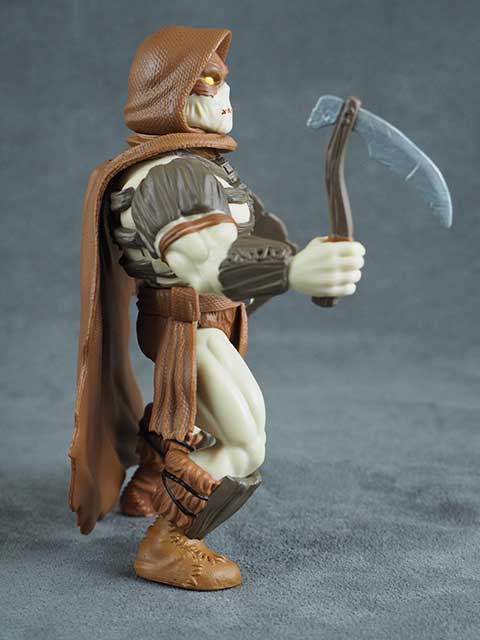 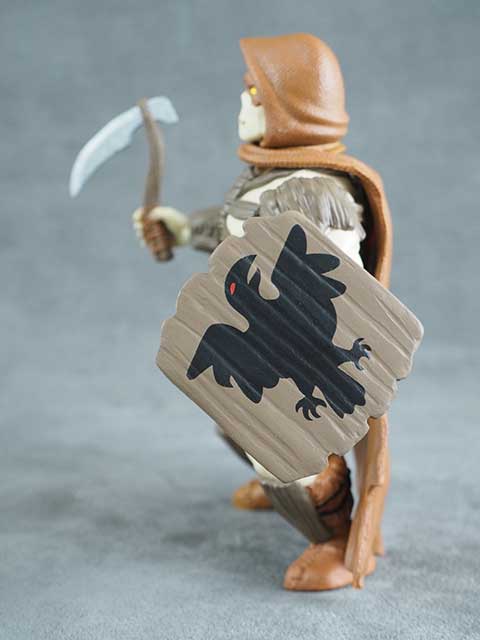 It's one of the nicer done figures in the line, but I really don't care about the character. I guess that's the fun of Primal Age, is that they can be whomever you want them to be in this new world!