The Pheyden mini is the third sculpt in the ongoing Onell Design and Real X Head collaboration.  The first release of this sculpt was on glow in the dark vinyl painted green by Dead Pre$idents, and included a bonus Sarvos head.  This ‘regular color’ version was released on the Glyos Store. 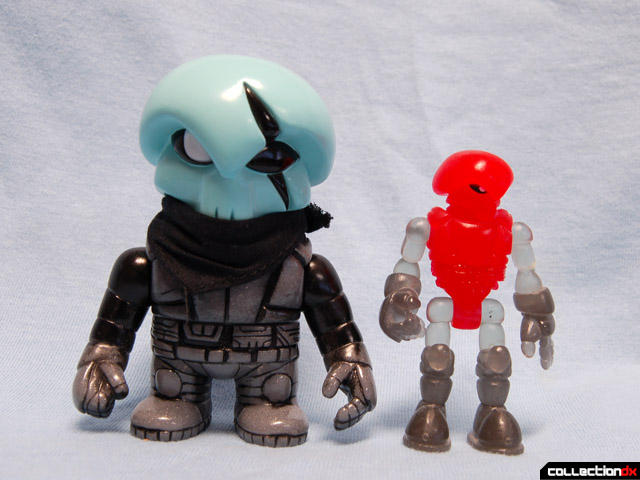 By now we all know that Pheyden is an interdimensional Traveller and a pretty cool guy.  The ‘main’ Pheyden from the story so far has taken on many looks as his story progressed.  He’s been regular ol’ Pheyden, Scar Pheyden, Agent Nemica, and finally Hades Pheyden.  This figure depicts Scar Pheyden ‘Hulking out’.  Wraith Pheyden is included for scale. 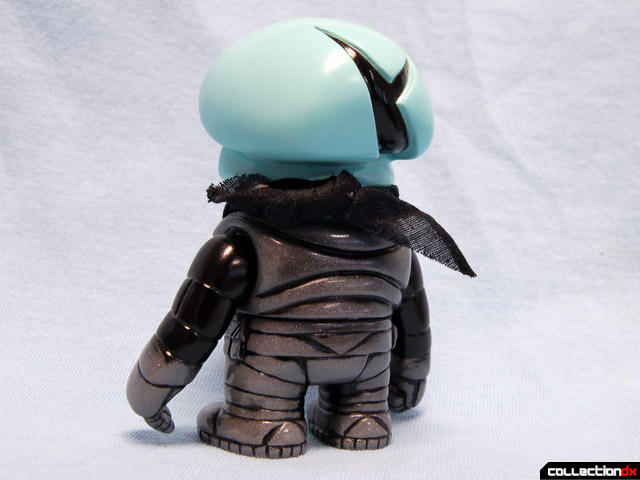 The sculpt is really sharp and features all of the major recognizable detail, from the utility belt to the armored chestplate.  As a bonus he’s even wearing a black scarf to keep warm, Kamen Rider/Real Head style. 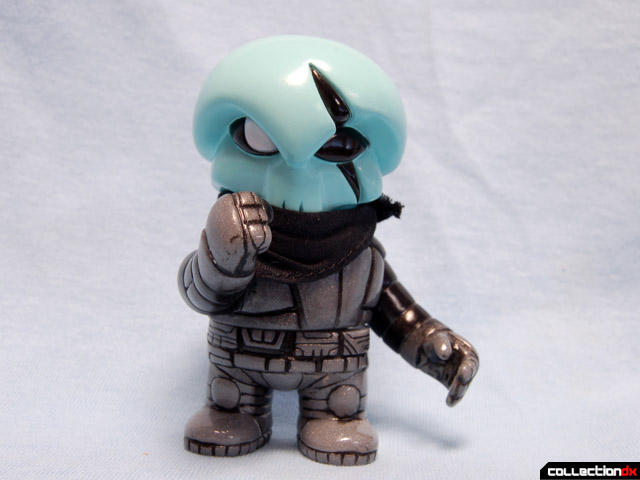 Mini Pheyden is articulated at the neck, shoulders, and even has a waist joint!  This is a first for Real X Head mini figures, and is a welcome addition that really adds to making Pheyden stand out as a really special figure.  This figure is on pearly grey vinyl that looks gorgeous.  It features black details, a fully painted head, and a black rub effect on the body that enhances the detail, nods towards the panel-lined Glyos figures, and gives him a gritty worn feel.  This guy has a great style to him and is really well done.  The mini size makes him perfect desk-decoration and hand-candy.