I have all these rules I make for myself to limit my toy collecting, otherwise I will end up on an episode of hoarders, buried under a pile of unopened toys. For the Gundam Universe line, I've decided to only collect Universal Century Gundams. For those who don't know, UC is the primary Gundam canon, with other popular series like Gundam Wing being entirely separate universes.

The RX-79[G] Ez-8 Gundam Ez-8 comes from the OVA 08th MS Team, which takes place during the Universal Century year 0079, also known as the time of the One Year War. The actual anime was released in 1996, and ran for 12 episodes.

The Gundam Universe boxes are super nice. Very high quality, and an interesting mix of Japanese and US consumer design. 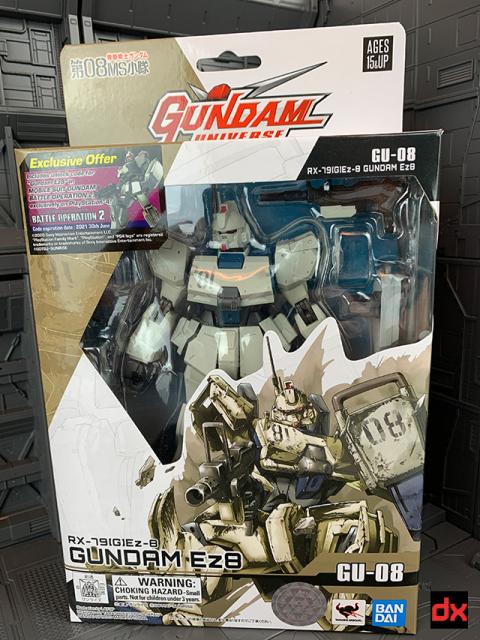 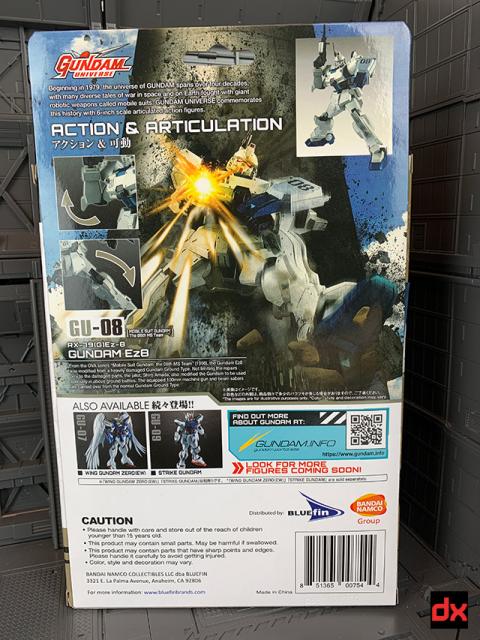 The figure stands 150mm tall (about 6 inches) and includes a bunch of accessories: 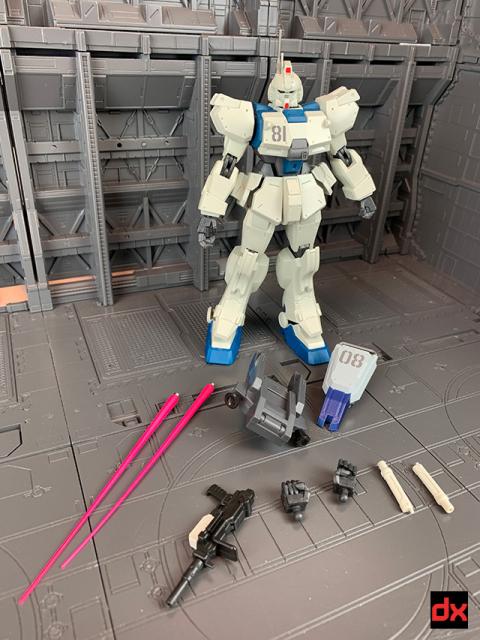 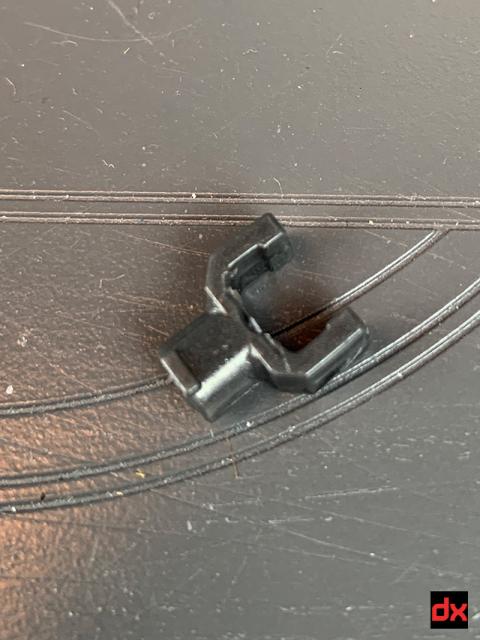 As with all Gundam Universe releases, the molding is super-sharp and the material is nice and firm, giving the figure a solid feel of quality. The figure could benefit from some weathering or panel-lining, as it looks a little plain. 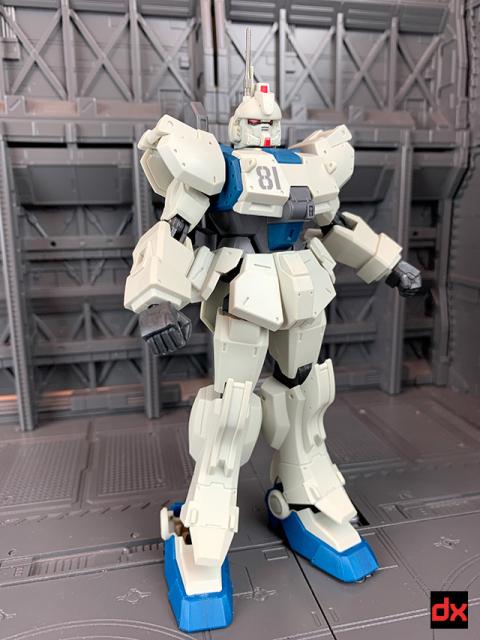 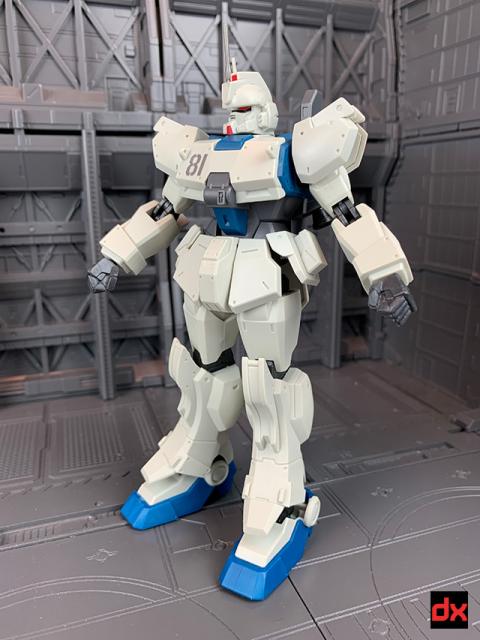 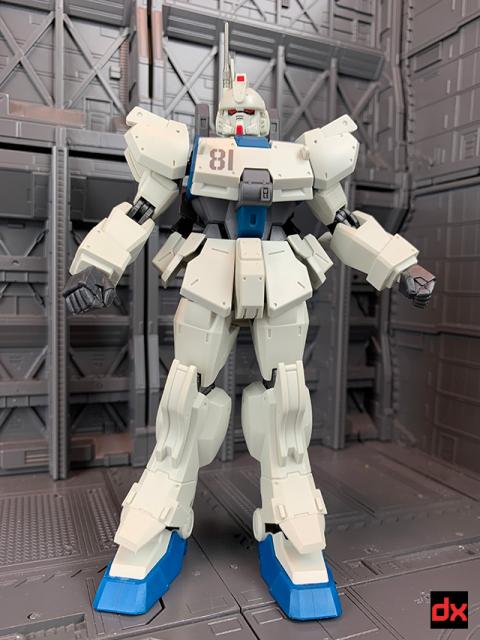 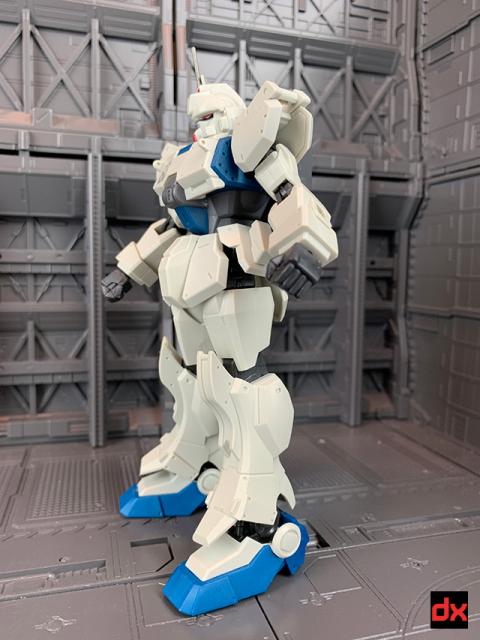 The back unit needs to be installed out of the package. Nothing on it moves, not even the engine nozzles. 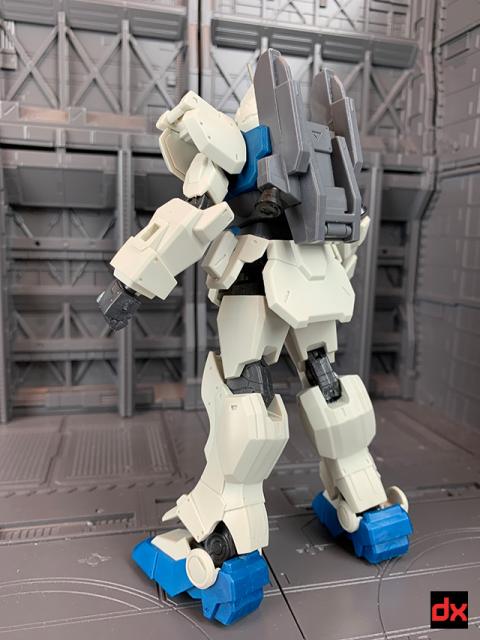 Everything moves great, even the waist skirt parts. I would have maybe liked a bit more range of motion in the knees. This could have been achieived by cutting the recesses behind the knees deeper. Still, at the price point, it is impressive. 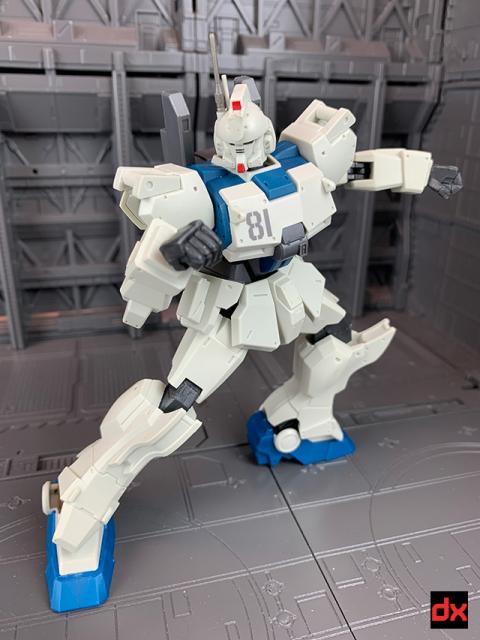 The shield clips on to the left arm via a connector piece. The gun can be held with the varaint gun-holding hand. 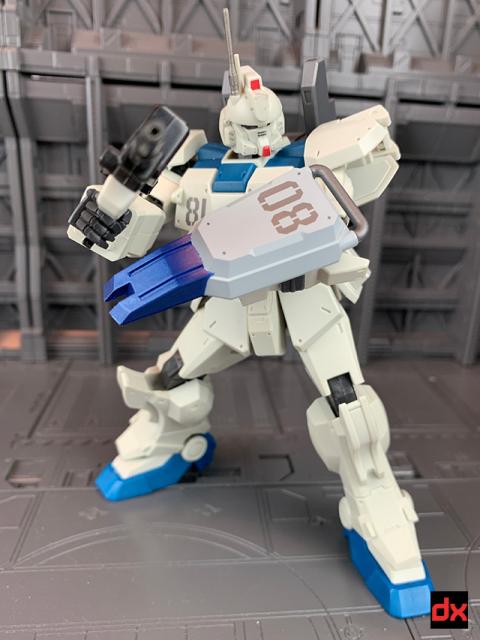 I wanted that gun stock to be able to fold out, but alas, not at this price point. 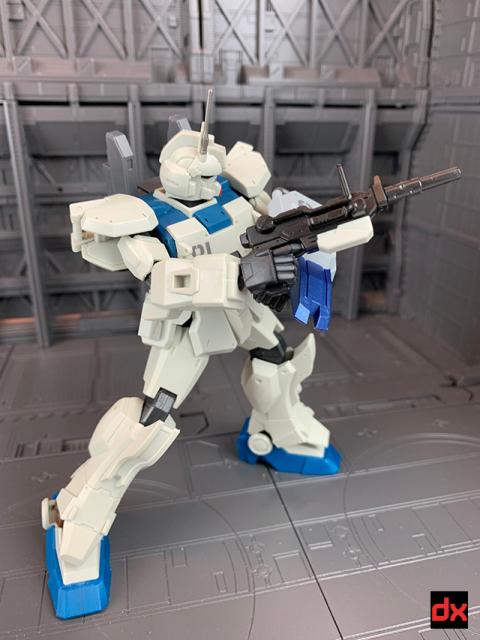 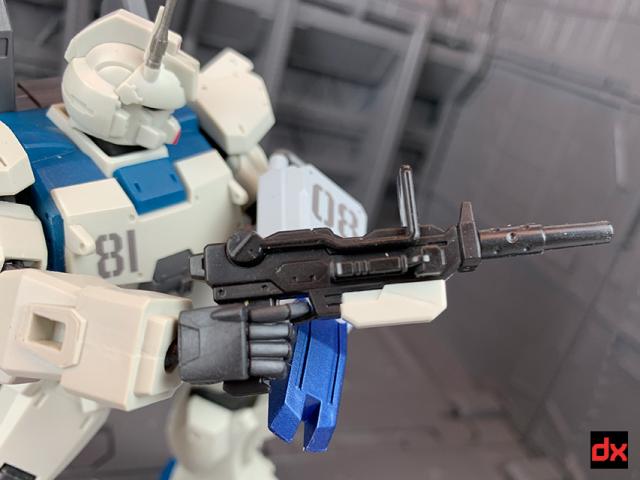 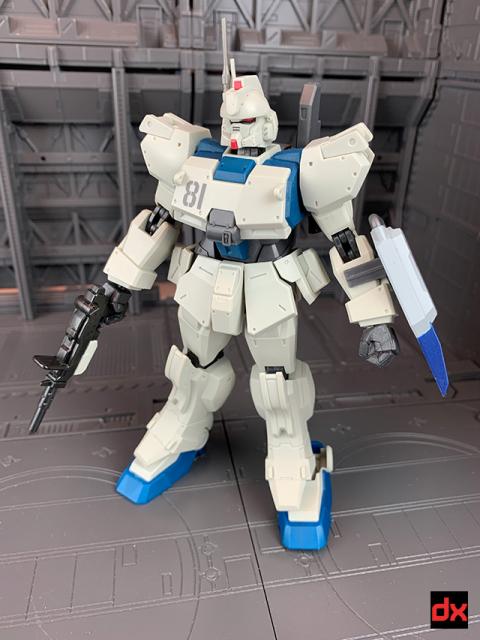 Two beam sabers included, with detachable hilts, but there is nowhere to stash the hilts when not in use. Maybe I am missing something, but these are usually stashed around the hips, behind the shield, or in the backpack unit. I also wish their beam effects were translucent instead of opaque. 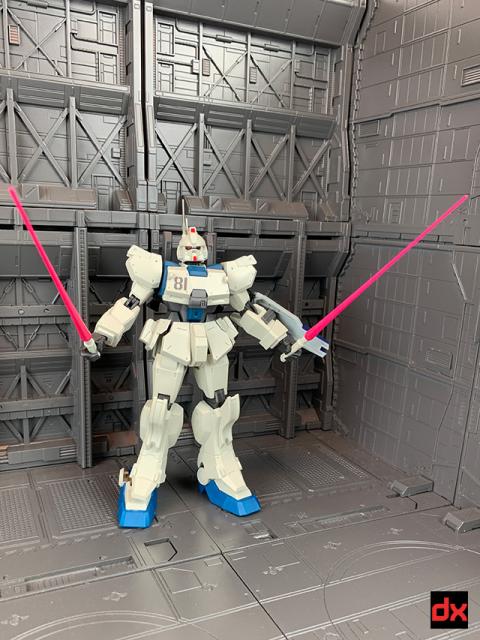 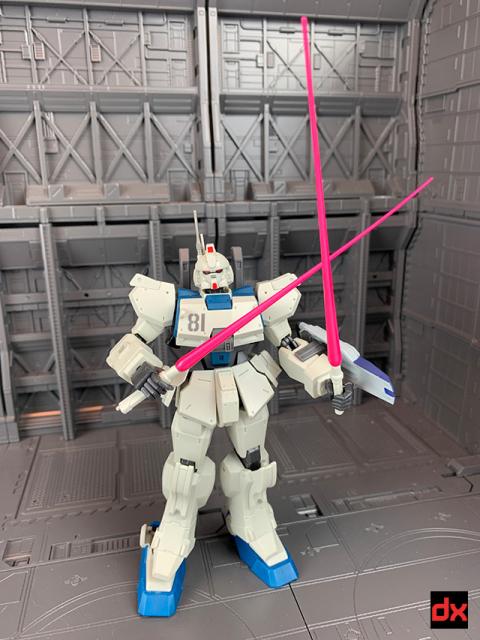 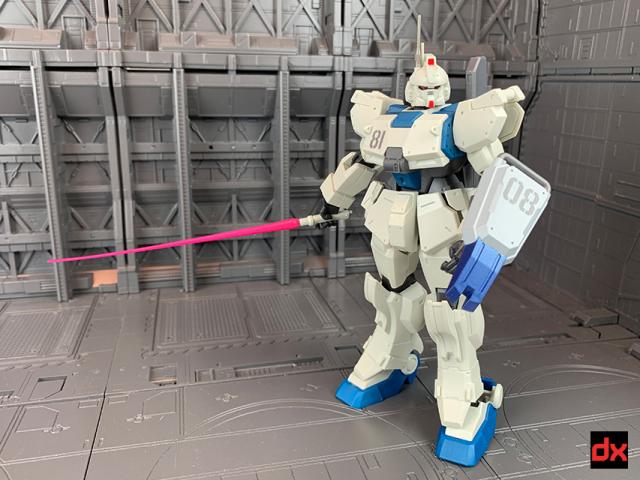 My comments are really minor issues, and not defects at all. Considering the $24.99 price point, it's all very reasonable, and actually quite a great toy. 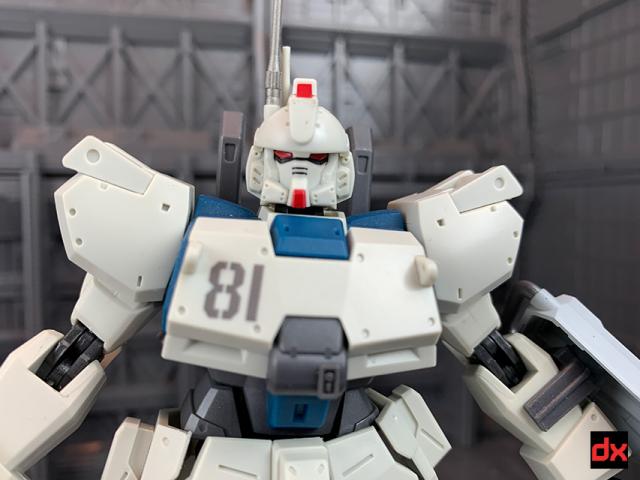