Lady Bug Robot or "LBR" for short is something that's been in my possession for years. Early 90's as a matter of fact. I believe I got this from Big Lots as well as a blue and yellow butterfly robot and also a green mantis robot. Those and a number of other insect themed robots appear on this site.The one LBR is based on is the third one down. I have absolutely no idea what the series is called, who makes them, or whether or not they're booltegs.

LBR is about two inches long in insect mode. Her wings are made from rubber and has some cool tech-looking patterns molded onto them. The pink gradient is a very nice artistic touch. I lost the head of her beast mode a long time ago, so please excuse how weird she looks without it. She has four points of articulation in this mode. The wings and the insect legs. 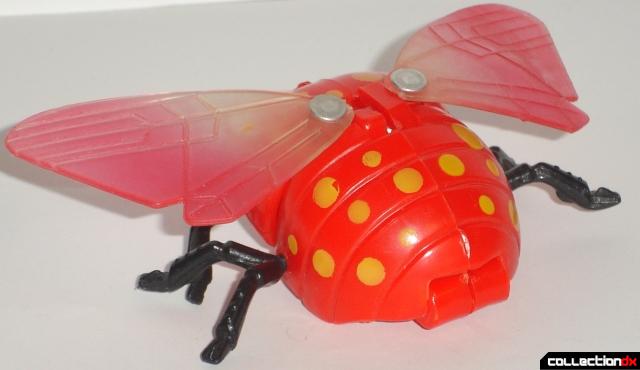 The back legs on both sides are molded together. Besides red the only other colors she has are yellow polka dots on her hind quarters, the pink wings, the black legs, and that little bit of silver that belongs to the robot head. 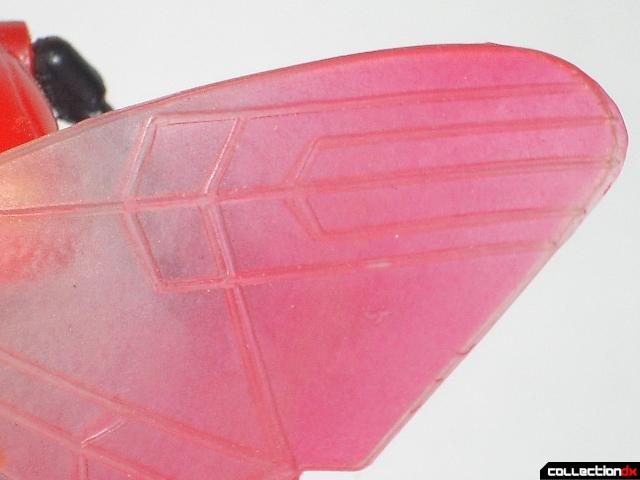 Here is a closeup of the translucent wings. 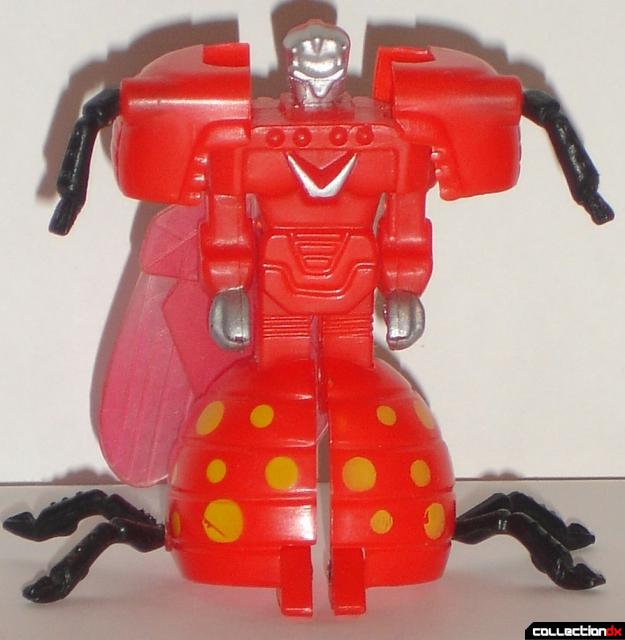 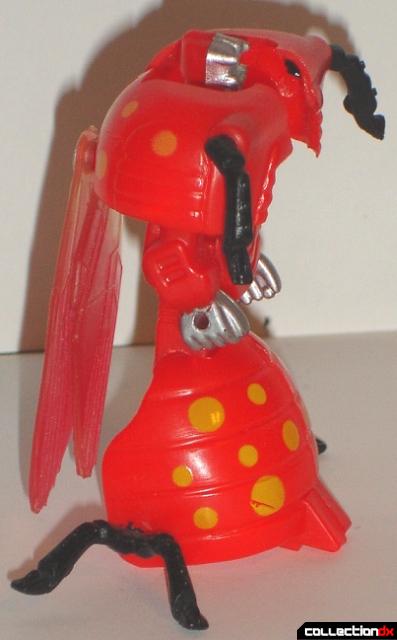 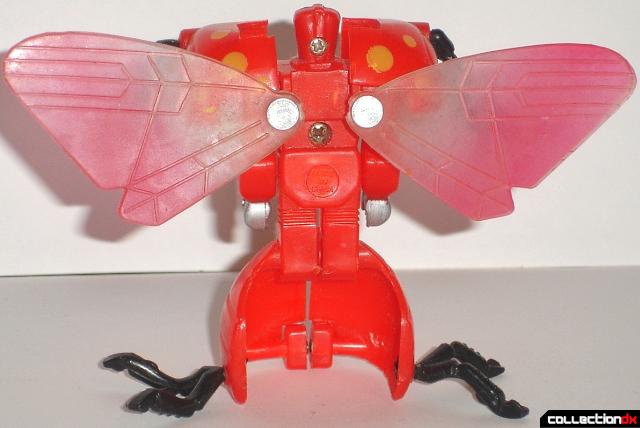 In robot mode LBR is a little under three inches tall and has two additional points of articulation which are both of the knee joints. A few more drops of silver make an appearance in this form. Her robot head, hands, and a crest in the center of her chest which is unfortunate because if you look very closely you will see lots of fine sculpted detail. 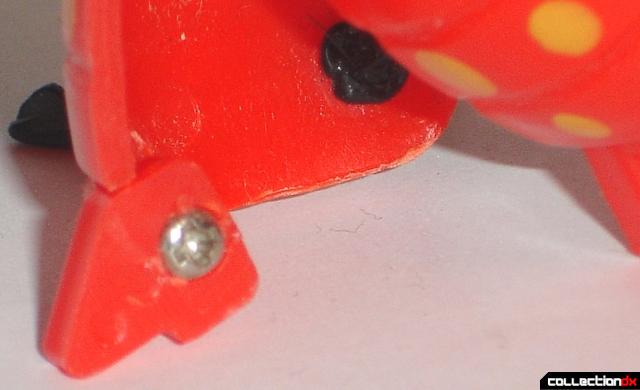 One thing I noticed is that LBR's feet look like heels which leads me to believe that it's a female type. (and also the main reason why I refer to her as a "she" during this review). 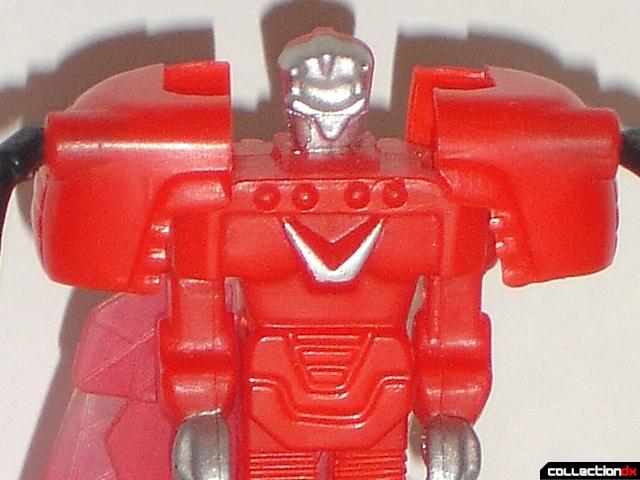 The face has some detail but it should've been sculpted better and a few paint apps wouldn't hurt. She's one of the types with a face plate and a visor but doesn't look quite as evil as the likes of Soundwave.

Would I recommend picking her up? If she's not too much and you want something to build your troops up and to fiddle around with then yes! Just keep in mind that most of the ones you find might have missing insect heads.

2 comments posted
Really cool! From that

From that website you linked, I pieced together some kind of history for these things.

Originally the line was called "Sacred Beast Legend Bioloid" about ancient transforming animal/human hybrids that awoke in modern Japan to do battle (as you always do in these stories).

At some point it seems they retooled the figures into being straight up robots by recoloring all the flesh-toned joints into grey and painting the heads silver. Your figure is probably a bootleg of the retool.

I have the chameleon figure which I've been meaning to review for a while.

Thanks for the review and site!

Oh yeah, I've noticed that about those animal bots and I also have the Chameleon. I think about half of my collection are either bootlegs or generic off-brands. Lol!