These things are the apotheosis of the transforming toy phenomenon. Low-end toy purveyor Maruka really pushed the boundaries of what a transformer could be. These unlicensed famous monster knockoff bots are exquisitely obtuse.

Gorilla Robot is a lovely King Kong head which transforms into a robot.

The box is beautifully illustrated. The sleek mecha paintings are arguably better than the toy itself. It goes without saying that the pictures only vaguely describe the actual pieces. 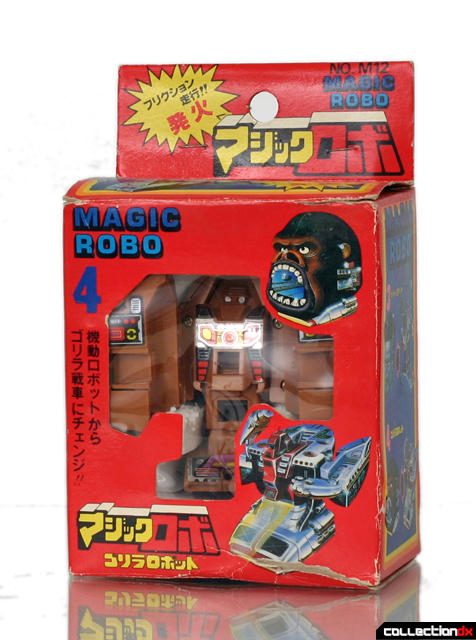 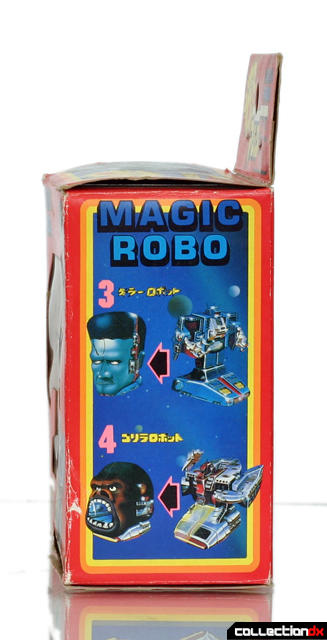 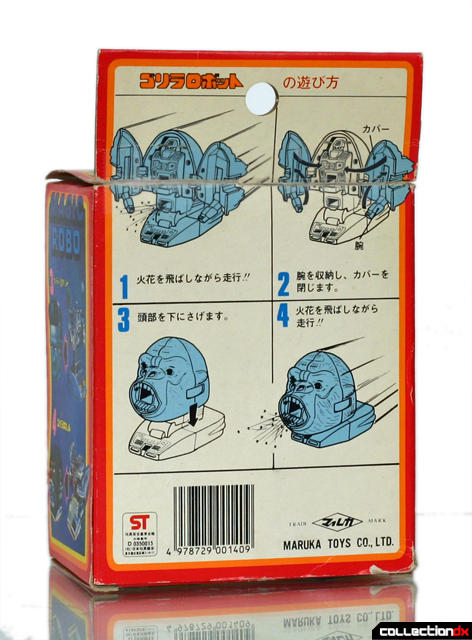 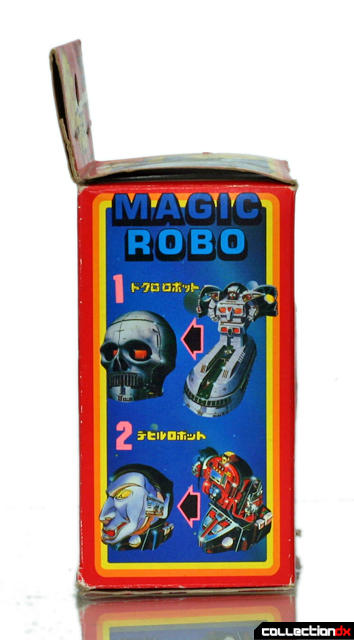 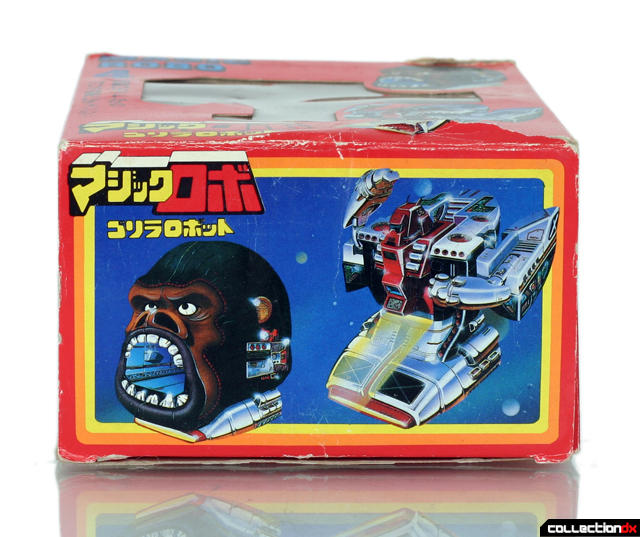 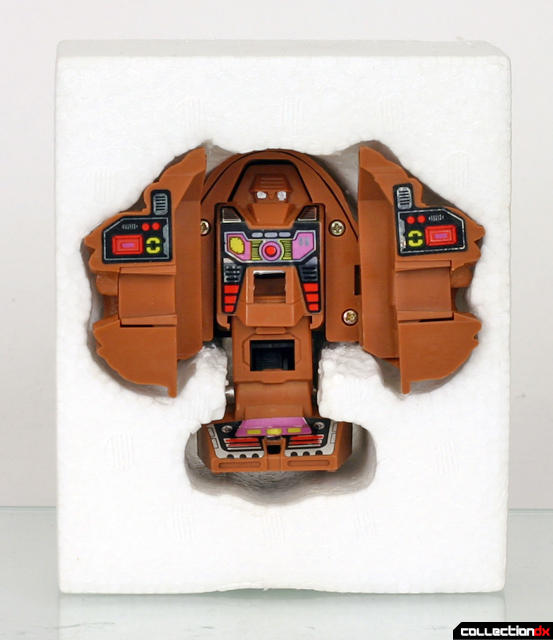 The head sculpt is detailed and expressive, though some minimal paint applications would have gone a long way. The joints and panel lines are pretty egregious. Sadly, the sparking mechanism for the mouth doesn't work anymore on this specimen, but the inclusion of that feature is appreciated. 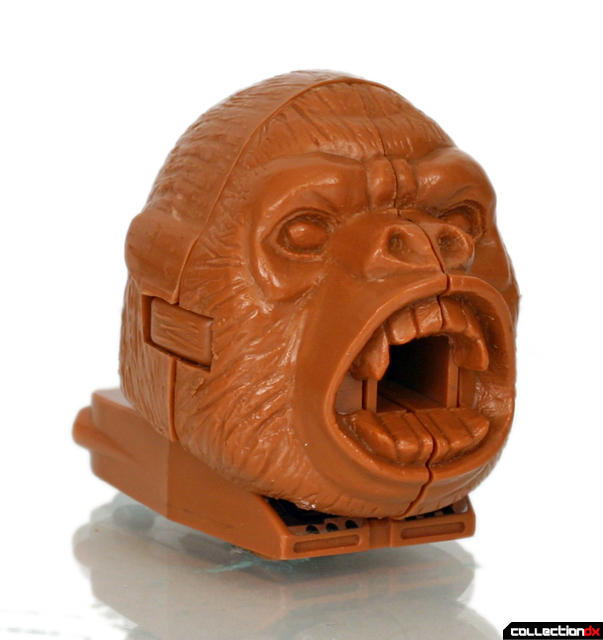 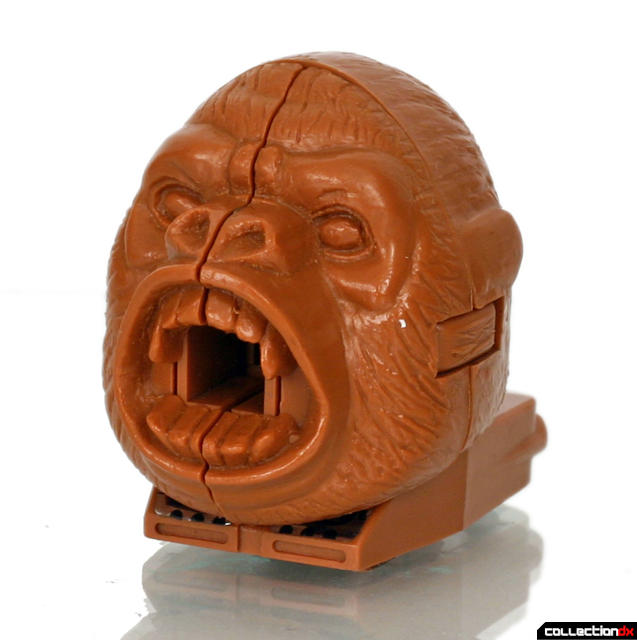 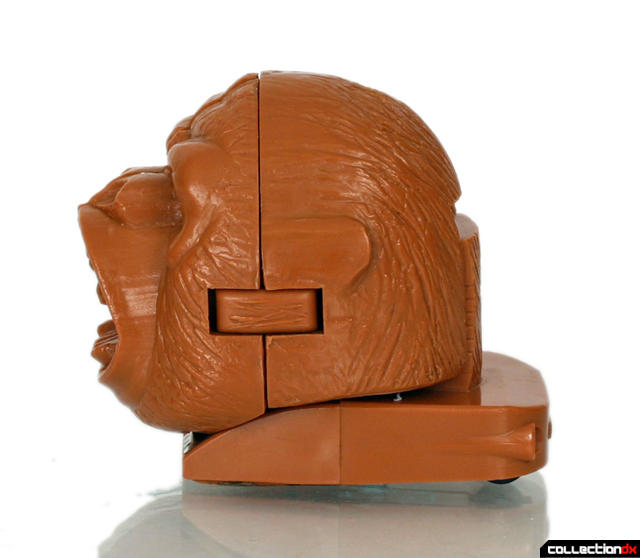 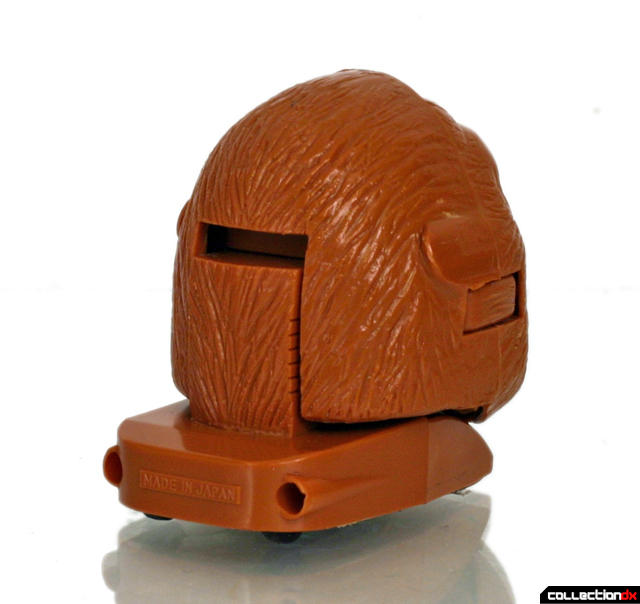 Transformation is dead simple, you simply pull up the head and split apart the head, unfold the arms. 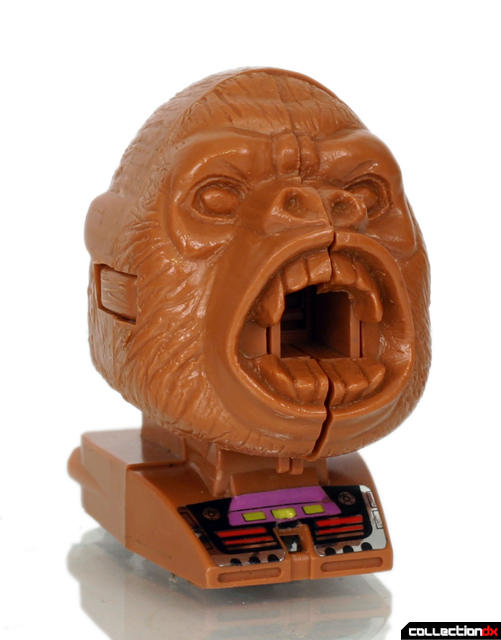 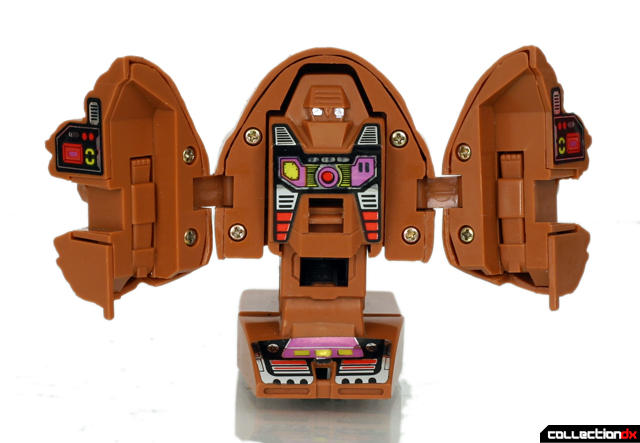 The resulting bot is awkward but charming. The sculpt is subtly simian. I love the foil decals. 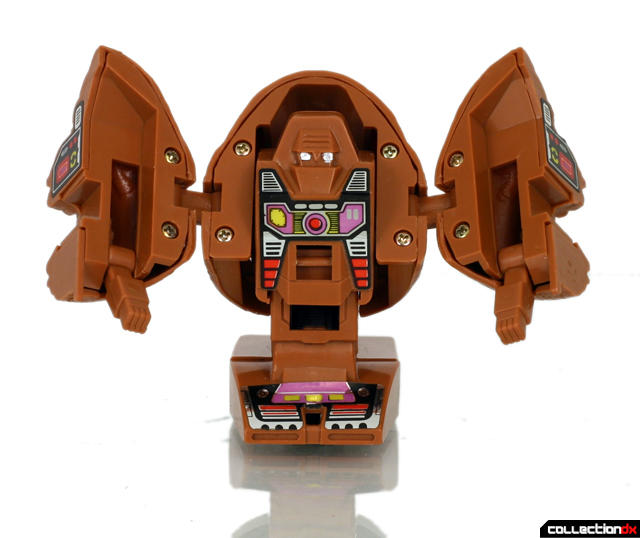 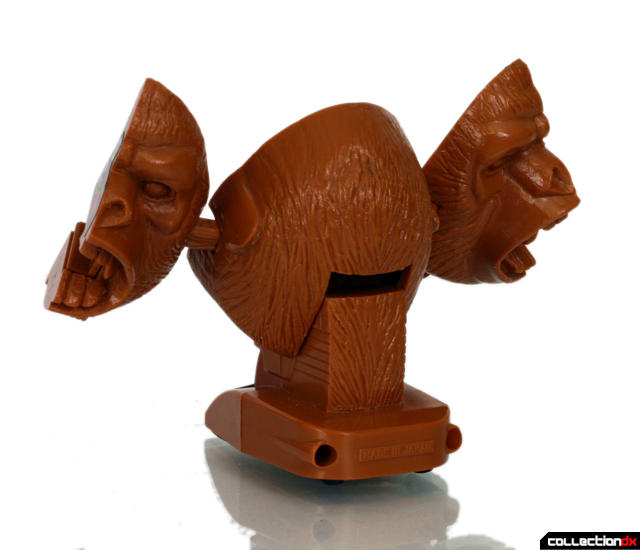 Goofy. Obscure. Absurd. Exactly the kind of piece which keeps me collecting.