Rodan occupies a special place in my heart. This Rodan is not the Rodan of my childhood, but I guess I will talk about it here.

I haven't seen my Mother in years. She's around, somewhere, but we travel in very different circles. Every once in a blue moon we connect, but the occasions are few and far between. The circumstances of our situation I will keep to myself, but let’s just say it affects me to this day.

On one such meeting a few years ago, I had my mother over to see my new baby. It was the first time I had seen her in a while. It was an emotional time, but this wasn’t about us, it was about the baby. As she was ready to leave, she pulled a tattered VHS tape out of her purse and handed it to me. It was a well-worn copy of the original black and white Rodan movie. She said “I saw this at a flea market and thought you might like it. I remember you watched it on Creature Double Feature when you were little”. 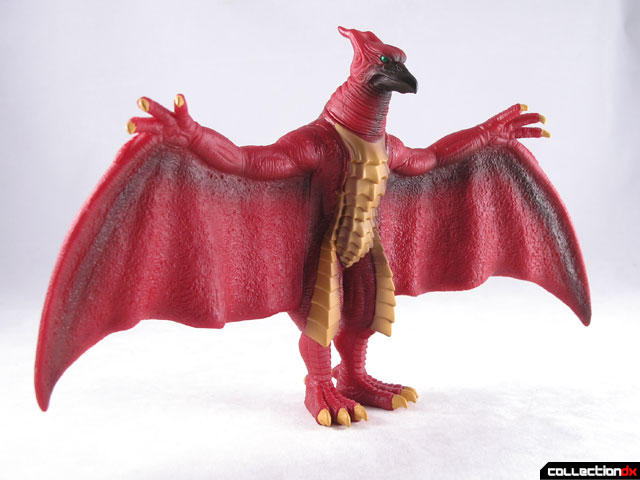 And then she left. We’ve crossed paths at funerals and such over the years, but that was the last time we ever had a moment. That stupid Rodan tape. I don’t really even remember watching Rodan as a kid. Each time I see that tape, or anything with Rodan it in, I remember that moment.

For better or worse.

This Rodan, from Godzilla Final Wars, is my first Rodan toy. I like to think that buying this toy means that I have been able to let go, to move on, but I am not sure. It means SOMETHING, but what that something means I don’t know. 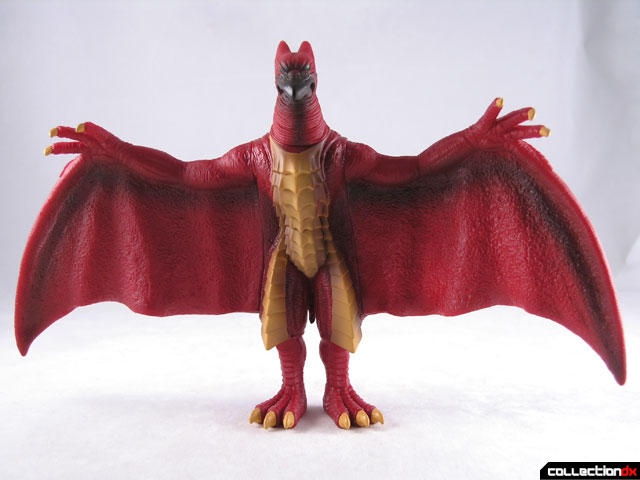 I gave this rodan toy to my kids, and they play with it often – it resides on the shelves that are OK to play with. My hope is that my kids will have a much different connection with Rodan than I did. 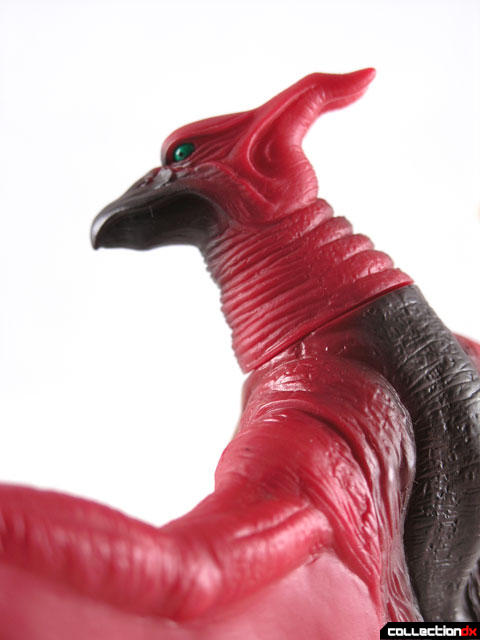 Thanks for sharing that, man.

i have a Rodan / Mother connection as well.

me and my mother get together every few years in the winter or fall for a double feature and watch two of her favorite movies: MIGHTY JOE YOUNG and RODAN, back to back. RODAN still scares her even after all these years, destroying the city with his flapping wings. The Shogun Rodan was one of the first toys she ever bought for me, i don't even remember it but she does, especially how i managed to break the wings off within weeks of it coming out of the box!

Since my grandmother passed on we've really kept up the Monster double-feature tradition much more, and it seems to get more precious, sad, and beautiful every time. it's often the only time we ever spend alone together.

cheers josh, and thanks for sharing this.

On my 19th birthday, my girlfriend at the time, and a couple of my friends took me to this film festival of cheesy trailers, shorts, and finally a feature length film, which turned out to be Voyage Into Space, the compilation movie of Johnny Sokko and His Flying Robot, the American dub of the tokusatsu Giant Robo.

It was a really good time and a really good memory for me. One of those friends died a few months later and that movie is permanently associated with him in my mind, but it's a strong positive, and really, at this time in my life, nostalgic feeling.

A few months ago I bought a beat up Rodan VHS take like that for a dollar or two at a comic store, but when I got it home, I discovered the tape was broken and it didn't work.

My dad and I have always been very distant; the majority of my childhood memories weighed down and mucked up by the personal demons he couldn't purge. One thing stands out though is that he'd always bring me Godzilla movies and was instrumental in my fandom. When I was older we started working toward rebuilding our relationship, and one of the first things he did was bring me a newspaper clipping advertising that 'Gamera: Guardian of The Universe' was showing at a theater down the street. I had completely forgotten about this until now, but he asked me if I wanted to see it and I turned him down.

Until I read this review, I never once thought about any connection between my own Kaiju obsession and the way I've always chased after him. It's really resonated though, in a clear, pragmatic way that I wouldn't ever have expected.

Thanks for writing this, Josh.

Good story, while not really a review so much as a retrospective. Not saying the article sucks, just saying it might be misplaced.

Did you actually read the article, or did you only comment just to be a jerk?

Robot collectors aren't all made of 100% chogokin, they have real lives and feelings too. It's nice to see people open up about their lives, and how their collections sometimes reflect that; and it's sad to see people passive-aggressive-style knock them for it on the net.

Hm. I didn't think he came off like a jerk to say that.

Anyway, I can see both sides. I do think it's possible to put too much personal stuff online and here, Josh probably goes right up to, but imho does not cross, that line. The other thing to consider is the toy itself. I mean, the pictures sort of speak for themselves with these kinds of toys, so it can be a very difficult task to write something that makes the review/article interesting. An anecdote, even one as personal as this, gives the text substance. I suppose saying something like how big the toy is would have added some more toy-specific data, but really, after what was already written, it just doesn't seem very important and probably would have seemed awkward.