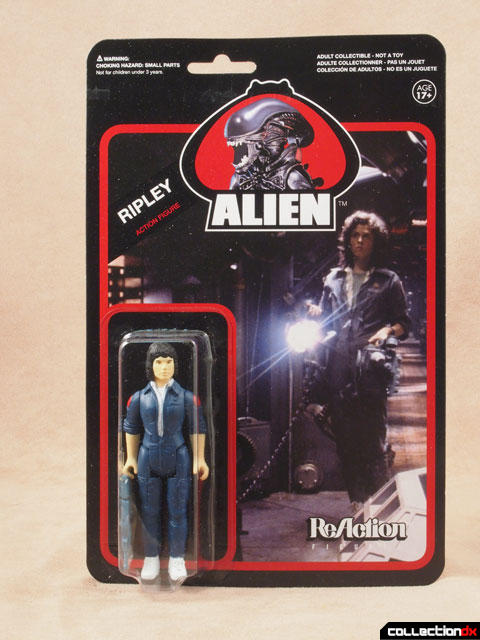 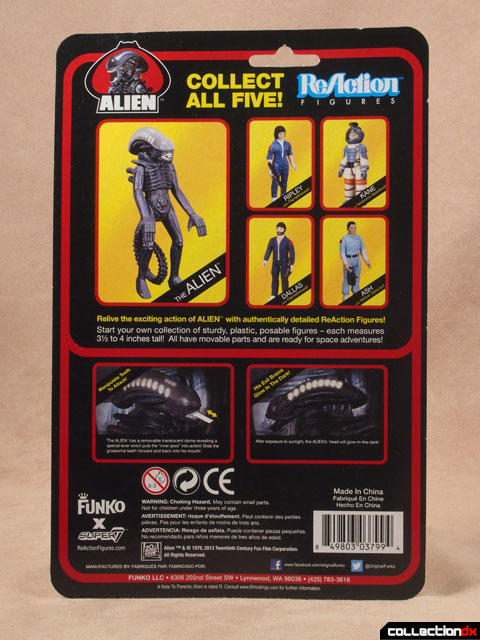 Ellen Ripley is the Warrant Officer of the Nostromo, and one of the biggest bad-asses in movie history. Played by Sigourney Weaver, Ripley is the hero of the story and lone survivor in the attack by the Alien on the Nostromo. 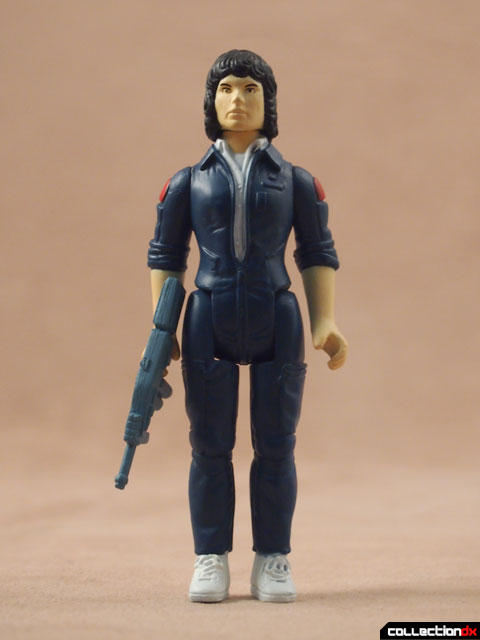 While this figure does not really look like Sigourney Weaver, it does very much look like an attempt of Sigourney weaver circa 1979, which is kind of the point. It’s nice that it’s not a sexualized version of the character, which is what would have happened if it were produced to today’s design standards. 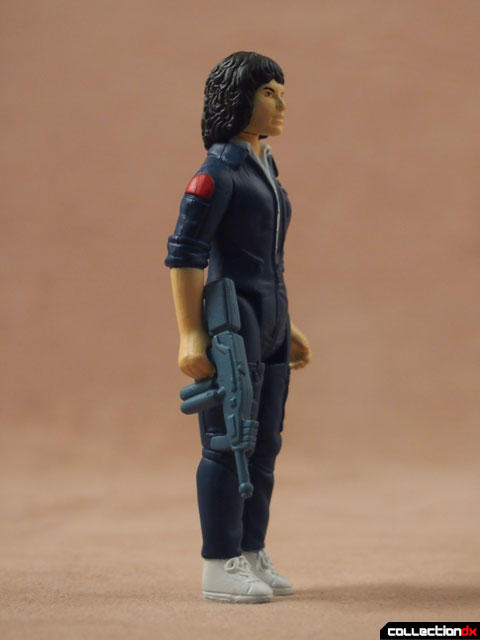 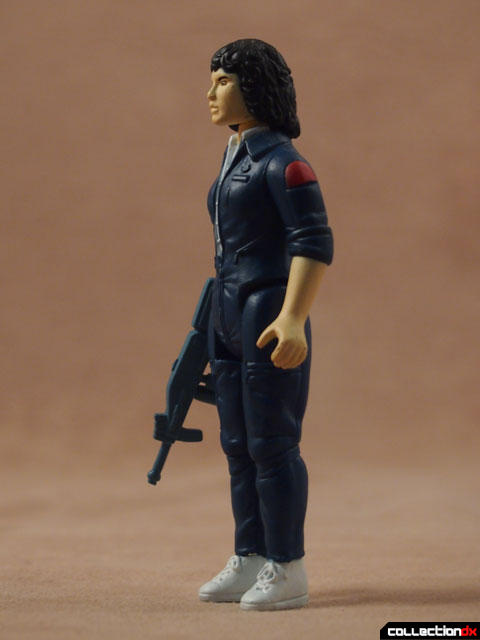 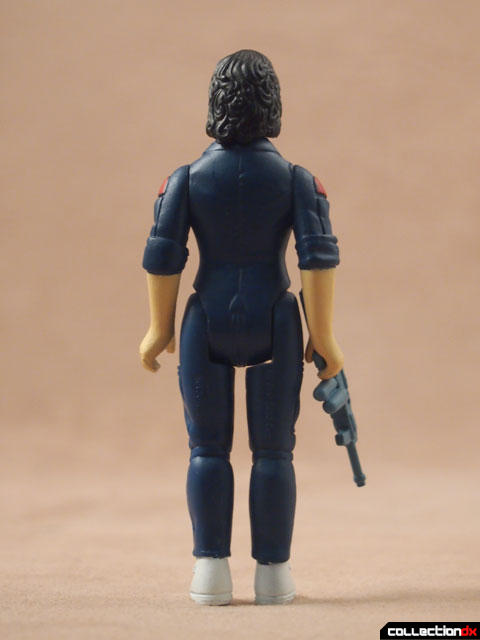 The figure is molded in blue with various paint applications. It has the standard 5 points of articulation and of course the hexagonal holes in the feet. 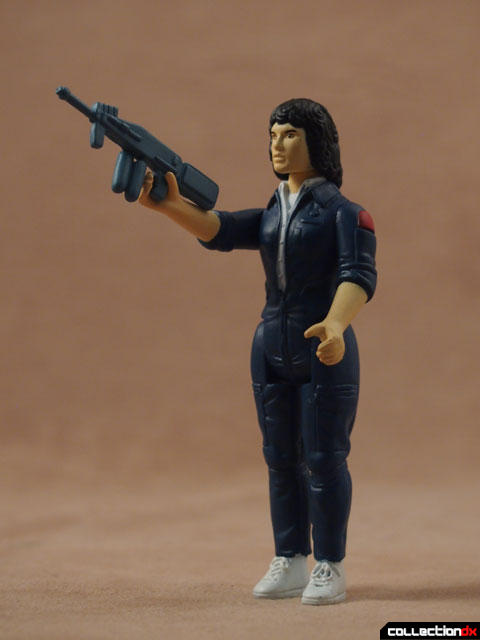 Ripley’s weapon is a flamethrower and it’s the same one that’s packaged with Kane.