The Rig is the second original vinyl sculpt released by Onell Design, and independent toy company out of Massachusetts. Onell design is the brainchild of Matt Doughty, a fellow toy nut. 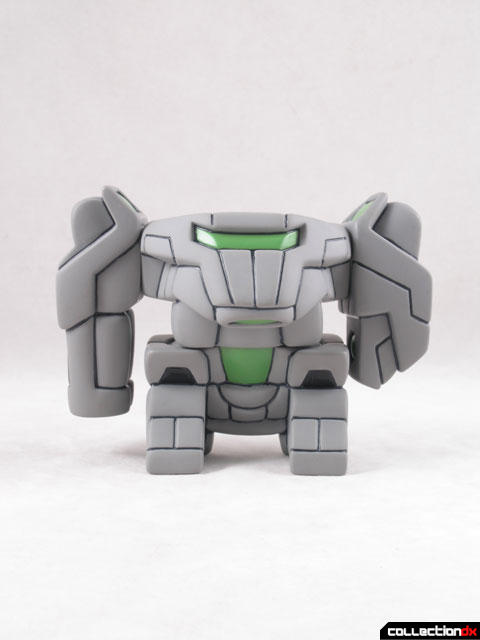 While most often known for his Glyos System Series figures, Matt’s been experimenting with vinyl toys that are interchangeable and compatible with the rest of the universe. And it is quite a full universe. There have been hundreds of figures released in both large and small quantities, and each appears to have some kind of backstory. I’d tell you about it if I had the foggiest idea, but I lost track after the second or third character.

Without knowing the whole story, you can still tell that this toy is part of something greater. The Glyos aesthetic translates well across mediums, and the Rig is a testament to that fact. 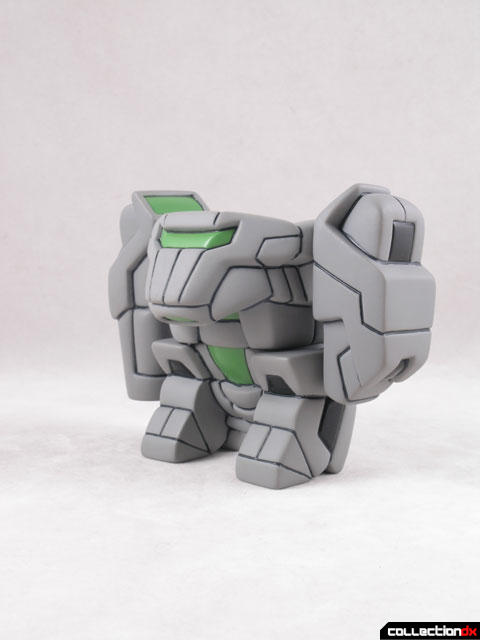 The Rig appears to be a powered suit in which Glyos characters can pilot. 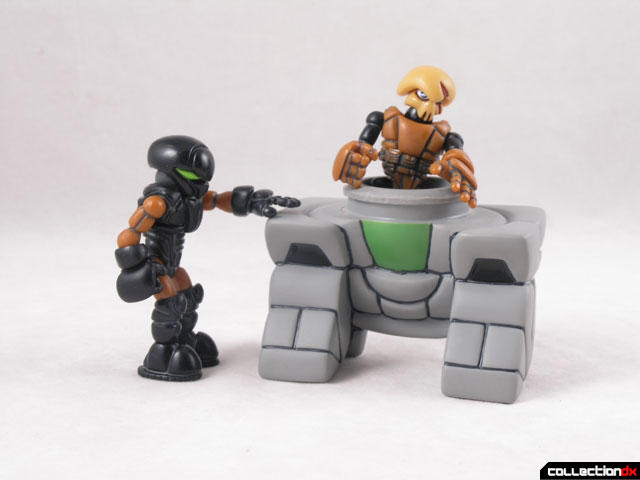 Made out of Chinese vinyl, it’s a bit firmer of a toy than you are likely used to. In fact, it almost feels as hard as ABS, giving the Rig a very toy-like feel. It’s molded in a grey color with black panel lines and green and black paint applications. Paint is tight and clean. 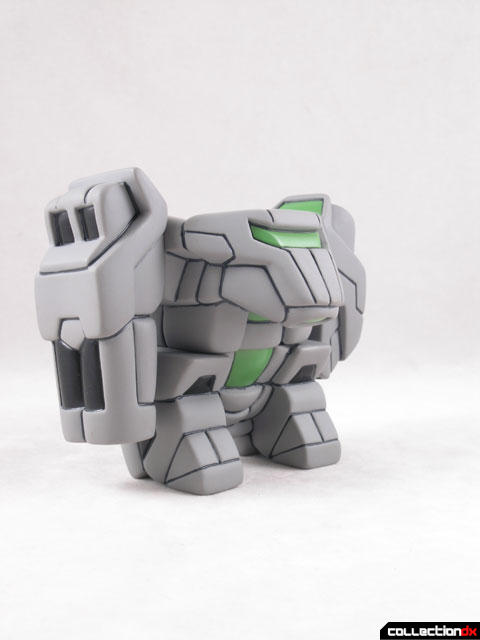 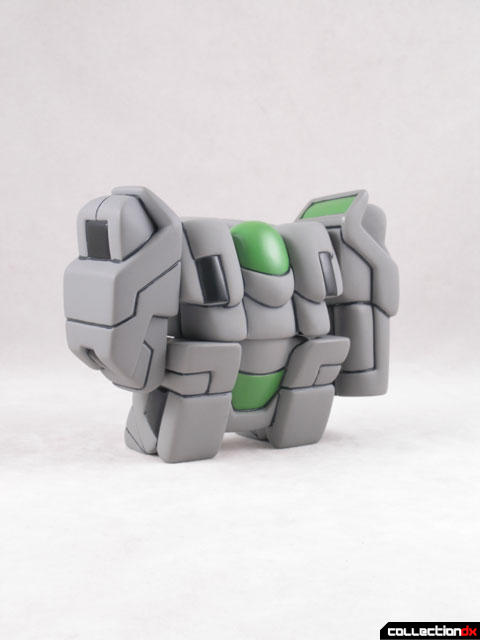 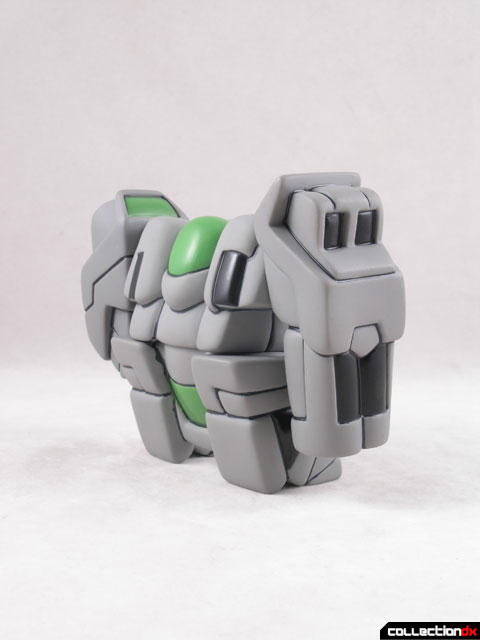 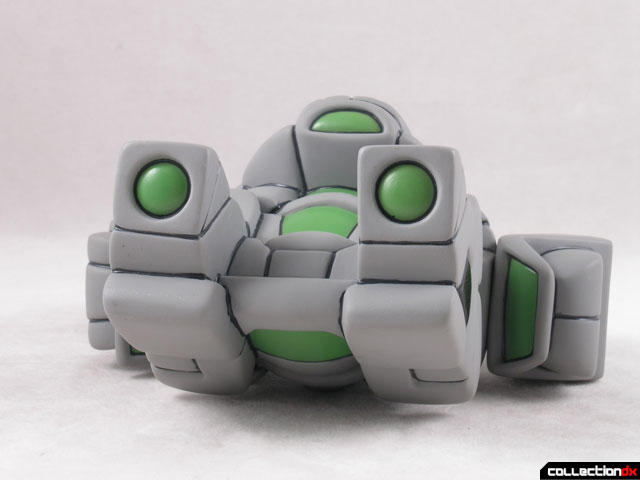 There are three points of articulation on the rig. The waist swivels, and the arms swivel. 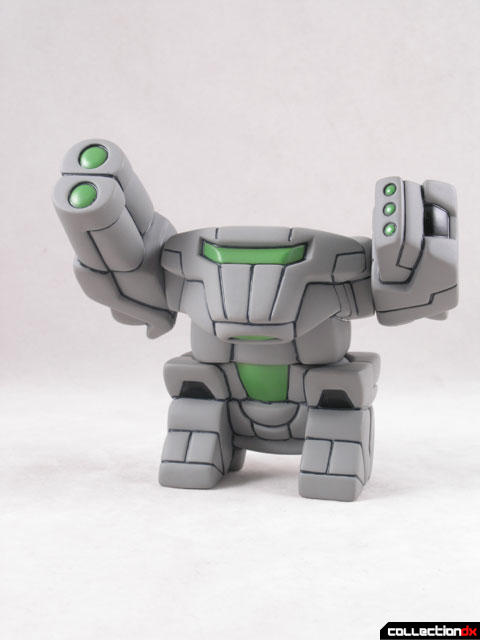 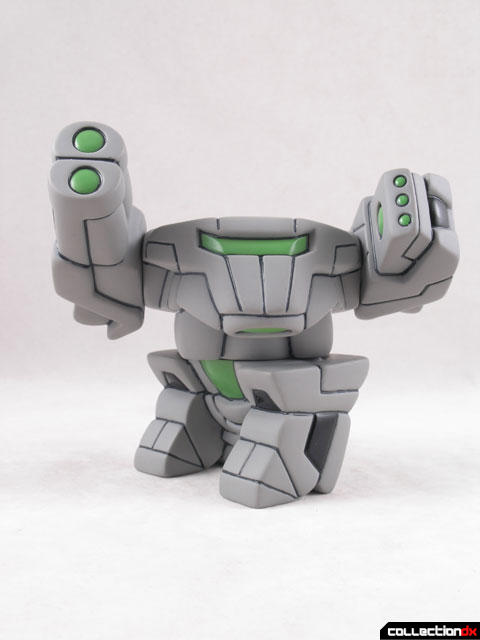 The arms are unique by design. This way, if you have 2 Rigs, you can swap out arms to have two different rigs.

You can also separate the Rig at the waist joint and insert a figure inside. There’s no cockpit or seat, it just fits in the empty space. 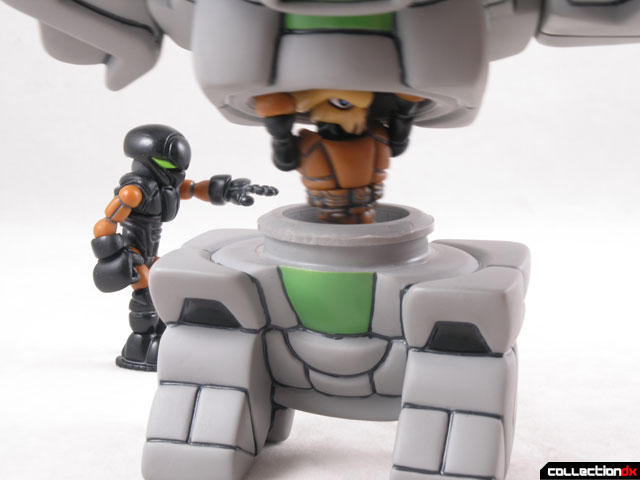 The joints also have the same fit function as Armadoc, so you can swap and combine pieces between the two as well.

It’s a fun little piece, and a nice addition to the Glyos toyline. For more information, visit Onell Design at http://www.onelldesign.com 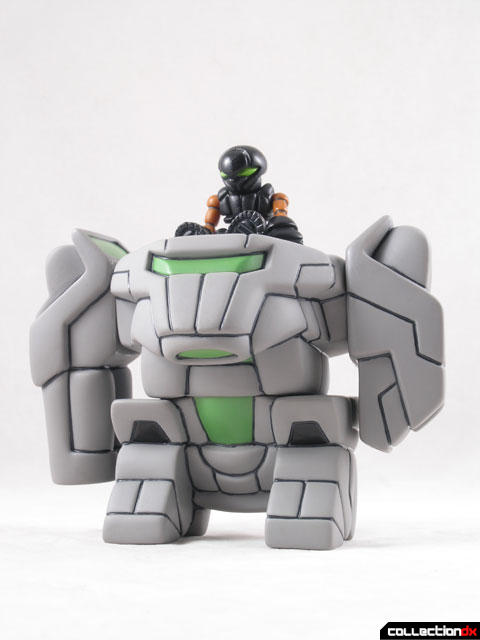 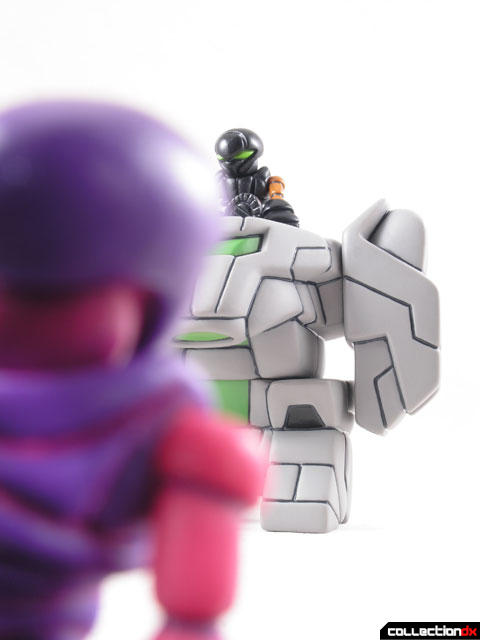 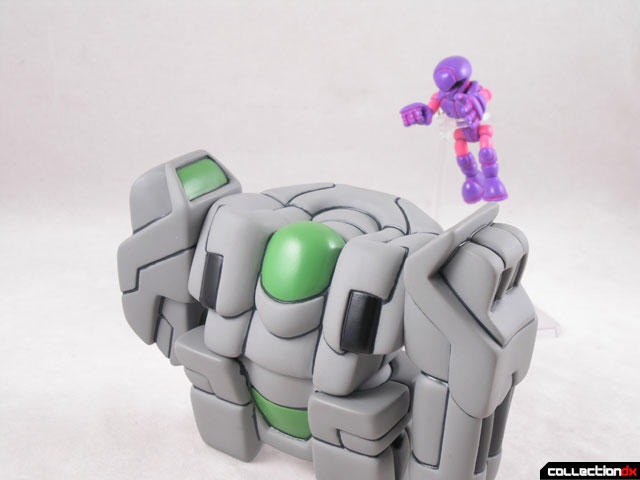 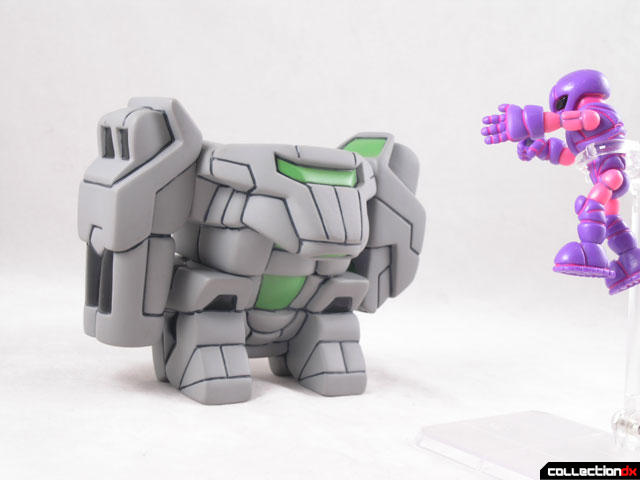 6 comments posted
Y'all know me and my opinions

Y'all know me and my opinions of action figures (vinyls in particular). But...

I WANT ONE OF THESE.

I can see what they were trying to do with the left fist, but I'm not quite convinced. Oh, well. This thing is awesome.
Are they planning any repaints?

(A bummer I missed my chance to get one of those gray bell-shaped Glyos figures from a few years back...)

A friend of mine grabbed two of these for me when they came out, and I love 'em! I don't usually go for the minimal-articulation vinyls stuff, either. I especially love how just twisting them around can result in different formations; the SHMUP fan in me loves being able to turn this into a little ship like you'd see in Gradius or R-Type.

One thing, though: I haven't been able to get the arms off. Are they really supposed to come off? I try to remove them, and it looks like the plastic is tearing at the lip that keeps the arm on. I can get the torso apart, but I'm afraid the arms will break...

Heat up some water and pour it over the area. Vital technique for people who fiddle with toys.

I have huge respect for Matt Doughty and his accomplishments, and I love little men who ride in vehicles and robots (Z-Bots were a formative experience for me). However, the style of the Gylos stuff just isn't my cup of tea, despite the cool stuff that can be done with it.

... where might one get those clear stands the review
or clear stands in general for say marvel legends figures?