“In the 2005 Power Rangers S.P.D. TV series set in 2025, we are no longer alone in the universe. Aliens have arrived on Earth and live peacefully with humans. At least they do until the Troobian Empire decides to destroy Earth. When the elite S.P.D. A-Squad mysteriously vanishes, that leaves only the B-Squad Rangers to defend Earth. When the A-Squad returns and captures Commander Cruger, the B-Squad must face them. As evil Broodwing has also invaded the Delta Base, the Power Rangers must combine their efforts to contain their enemies. A final showdown will reveal whether the B-Squad has the right stuff- and whether Earth will remain free.”

--from the outside of the packaging

The Delta Runners are large S.P.D. vehicles designed to deal with alien criminal activity on a larger scale. Each Delta Runner vehicle has a unique feature that helps out in battle, such as small manipulator arms, helicopter crane, and several other weapons. If individually the Delta Runners cannot overcome an opponent, they can combine together to form the Delta Squad Megazord, which has a Delta Sword and hand-held Mega Blaster pistol! When not in use or being repaired, the Delta Runners are stored safely inside the Delta Base, which also serves as the headquarters and Academy for the S.P.D. on Earth.

The 4” Megazord figure and its weapon are composed entirely of ABS plastic. Other than the weapon, nothing on the figure is meant to come apart; both shoulder armor segments can pop off if too much pressure is applied. While paint is minimal to keep things simple (rather than by BA being careless, inconsiderate, or cheap), it is rather lacking along the back of the figure… something I would gladly have paid $1-2 more for to balance it out. 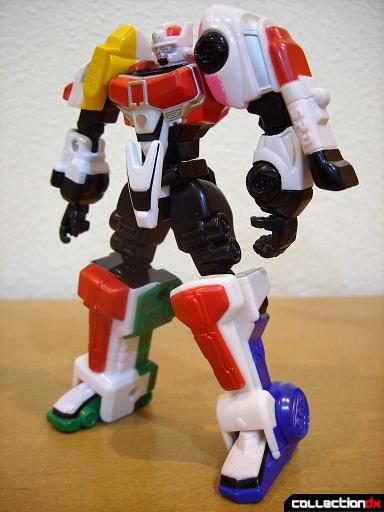 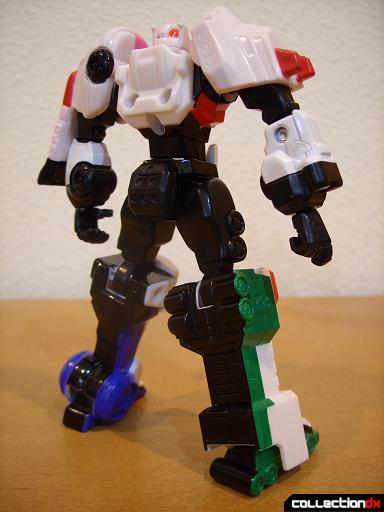 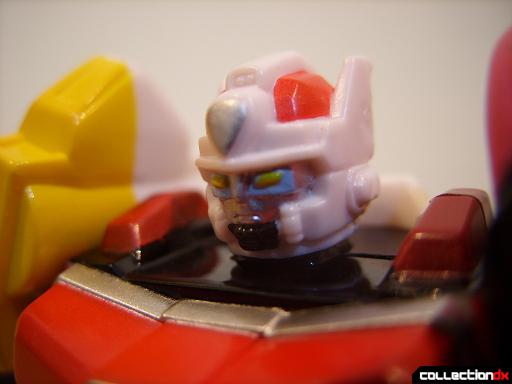 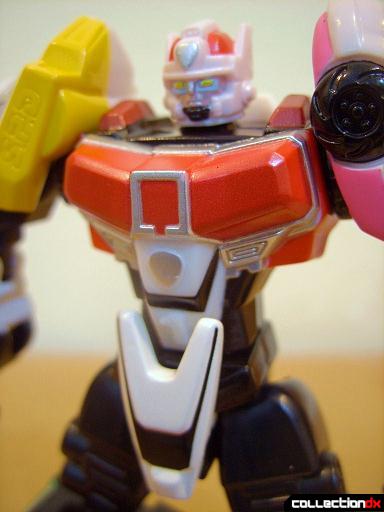 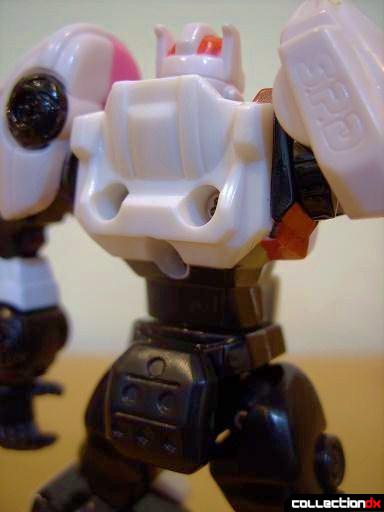 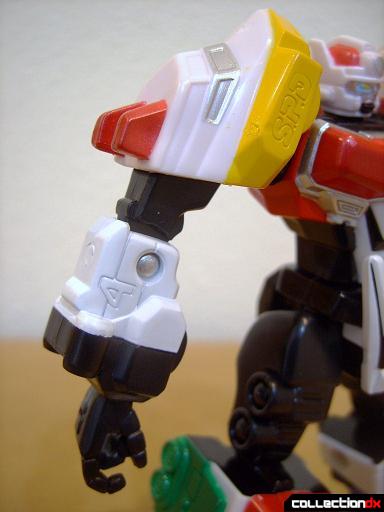 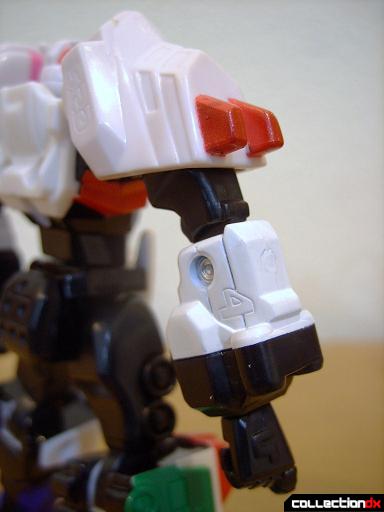 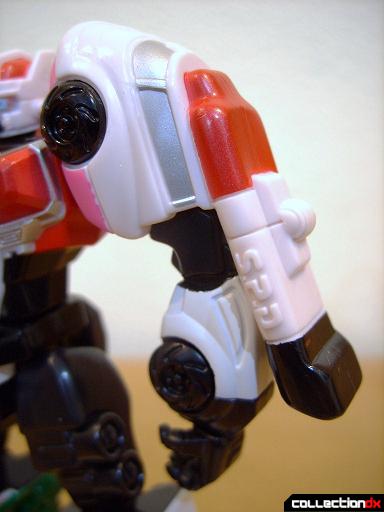 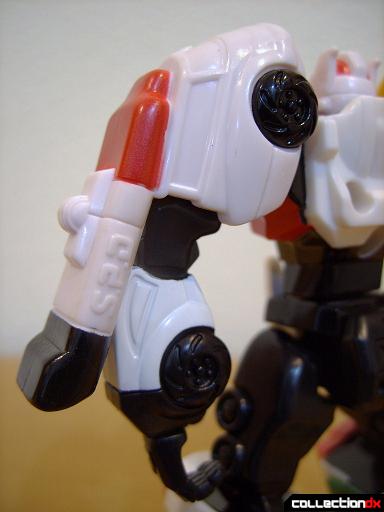 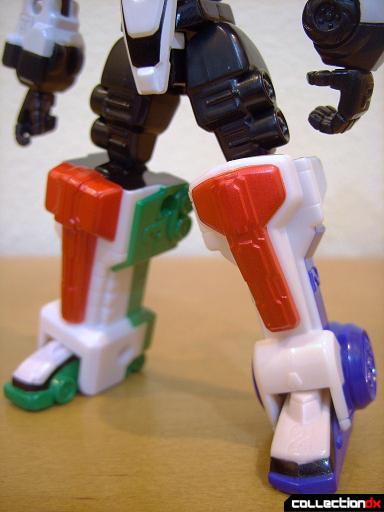 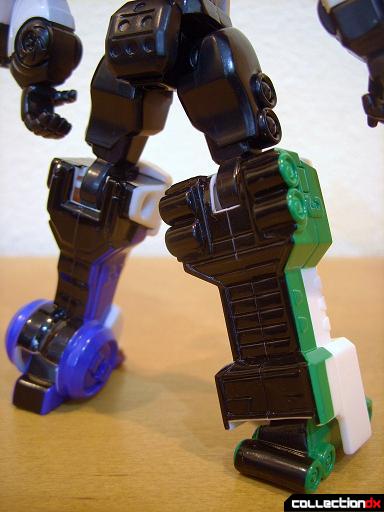 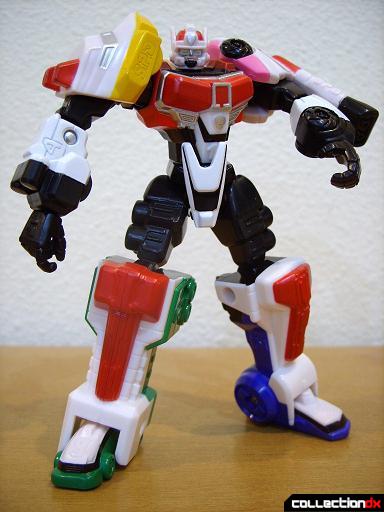 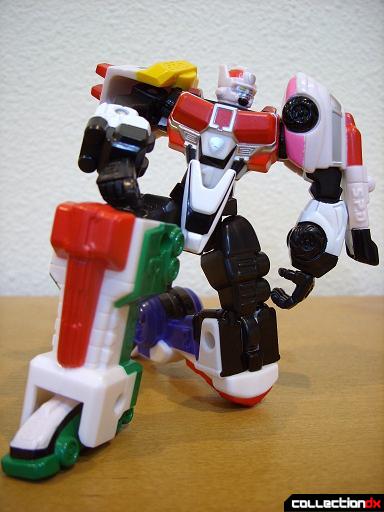 The only weapon provided with the Delta Squad Megazord set is the Mega Blaster, which has been redesigned into a large rifle! 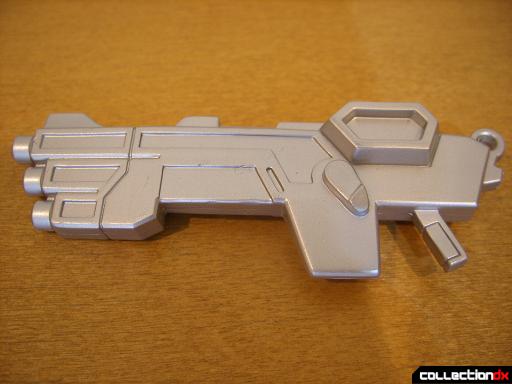 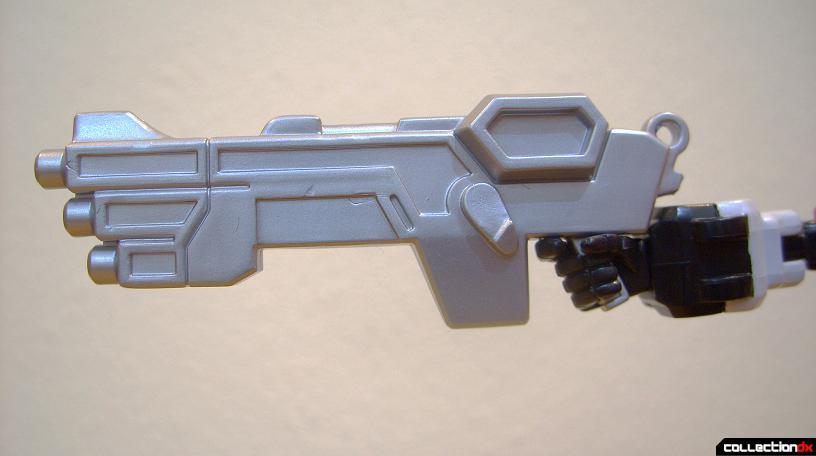 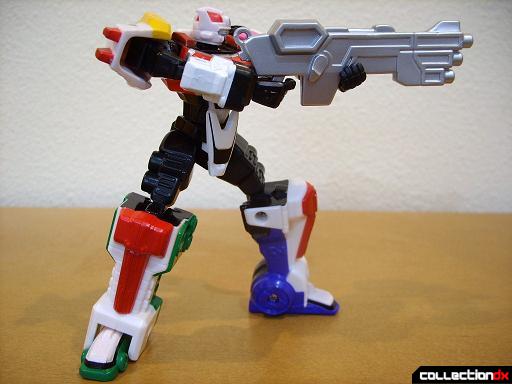 So then, why am I disappointed with this toy? Simple: this toy was designed- and probably built- in 2009, not when it was released in 2011. If you look at the bottom of the feet, they say “©BVS” (i.e. the Walt Disney Company, former owner of the Power Rangers franchise until 2010) and “BANDAI 2009 MADE IN CHINA”, respectively.
Umm… whoops! This means that many of the problems I had with the first two waves of releases from 2009 are present here as well: limited paint applications, particularly along the back of the figure, and restricted/asymmetrical articulation in the arms specifically.
The sucky part for this 2011 release, though, is that Bandai America didn’t give us either the Delta Sword, or- get this- a display stand (which this figure was obviously designed to accept). A new problem is that the legs are now restricted even more in articulation- they are always splayed a bit at the hips, which the previous releases didn’t have a problem with. The feet also don’t flex the same way compared to each other! Oh, and the Judgment Scanner in the left arm is attached to the figure’s upper arm rather than properly to the lower arm, so it interferes with the articulation of the shoulder. 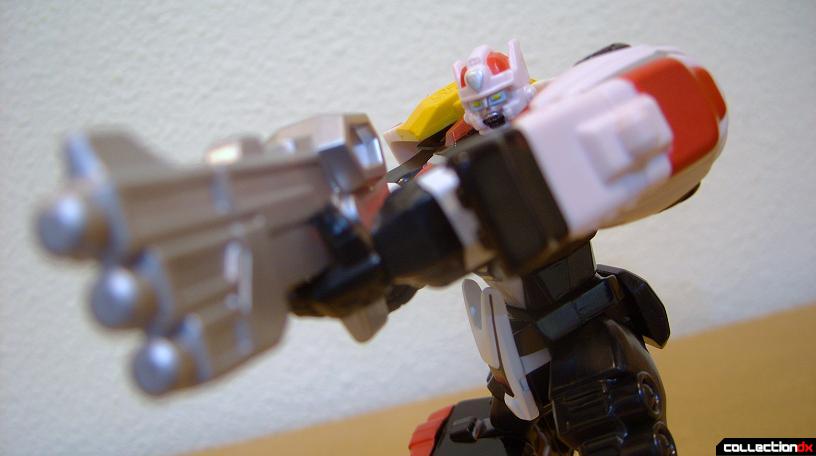 So what did I like about this set? Well, two things, really. The first is that- hey!- they even released it. The other is that I laughed pretty loudly when I saw the Mega Blaster upgraded from a little pew-pew pea shooter into a completely bad-ass giant stocky rifle!

I was really looking forward to the Version 2.0 Retrofire line if they ever brought it back, but I guess I’ll have to wait a bit more for that. In the meantime, the Retrofire Delta Squad Megazord certainly lives up to the standards of the 2009 releases, so I have got to give it props for even existing since that was another Megazord I liked.