Originally released as Racer-Kun as part of the First Transformers line in Japan, these simple toys were an attempt at bringing the idea of transforming robots to the younger set. They made their way to the US under the Playskool brand and were recommended for ages 2 & up.

The faction symbol on the robot is "Cybertron Jr."

In car mode the toy is bright and cheerful, representing a Can-AM style race car from the late 70s, early 80s. The plastic is solid, but all the edges have been rounded off.

The wheels enable the toy to roll, but that's all it does in this mode. 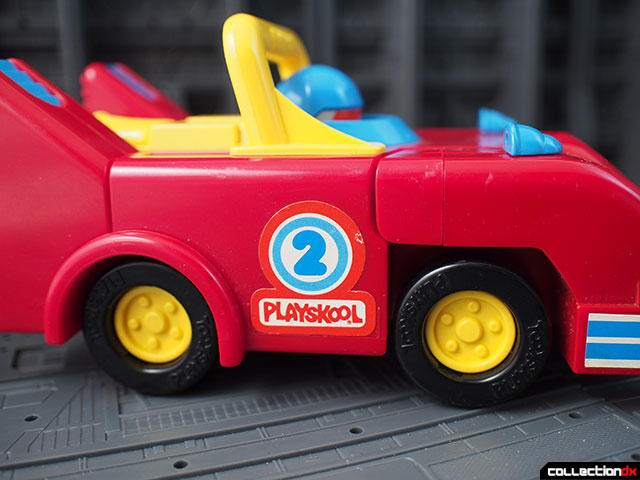 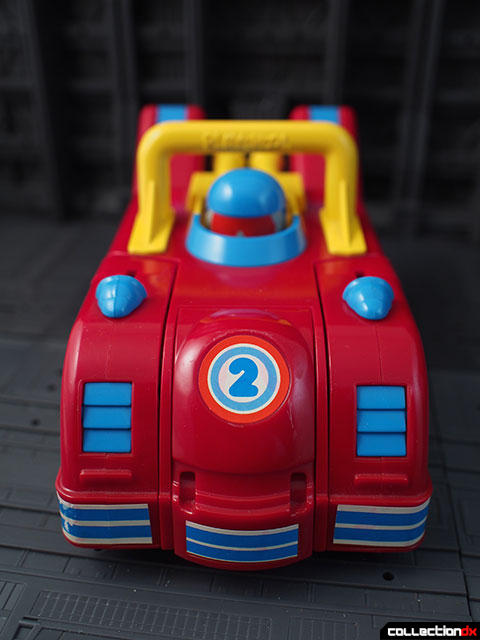 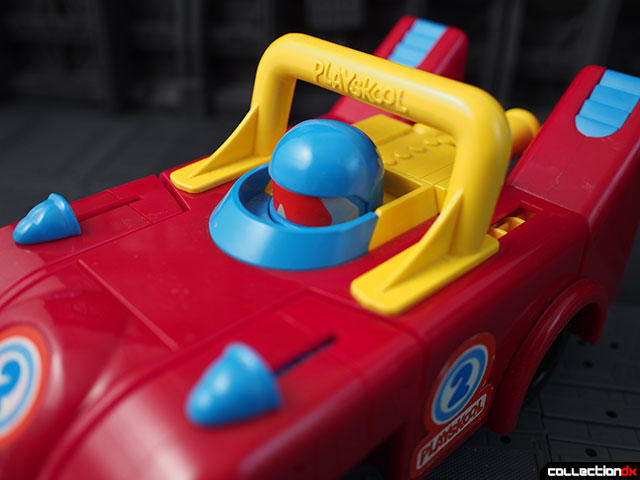 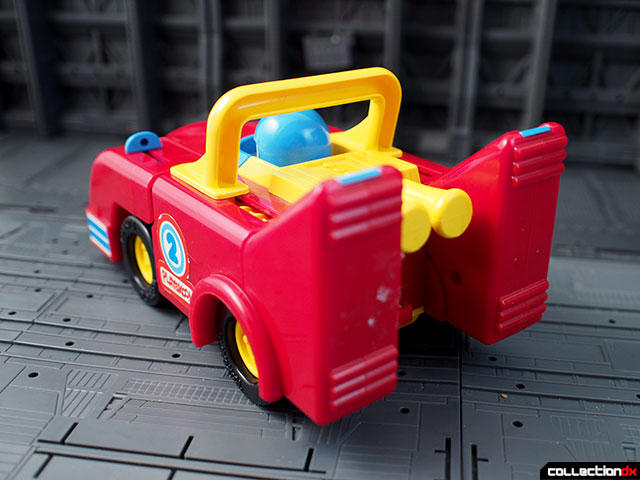 On the back are the credits for Playskool, Takara and of course, Made in Japan. 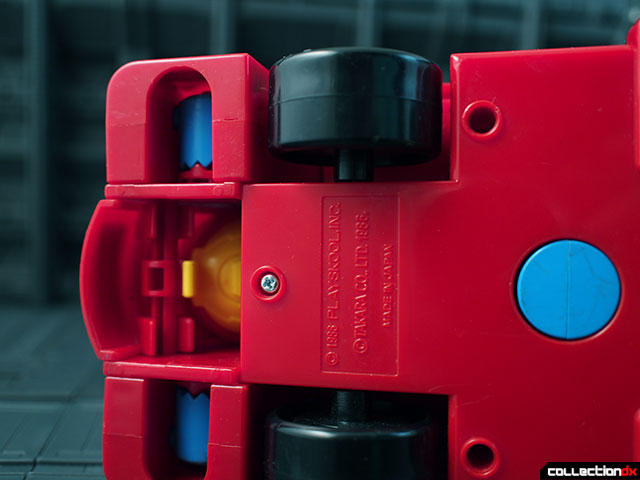 Transformation is simple, as it should be. But that does not mean there aren't some interesting things going on. 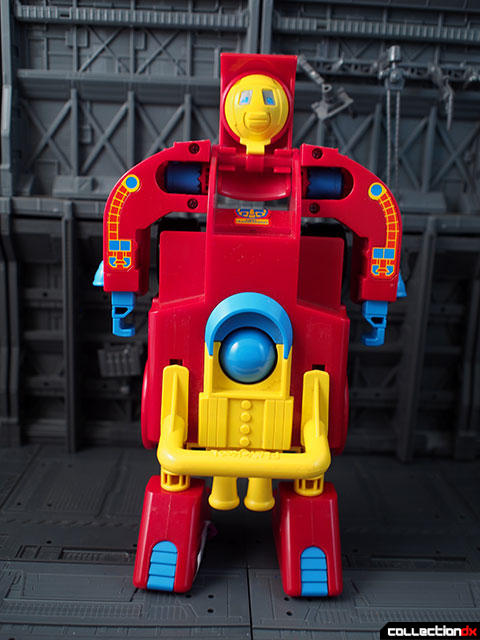 Yes, he looks dorky as hell, not even in a good way. I'm assuming the designers were approaching this more as a brightly colored puzzle for toddlers than a cool looking robot. 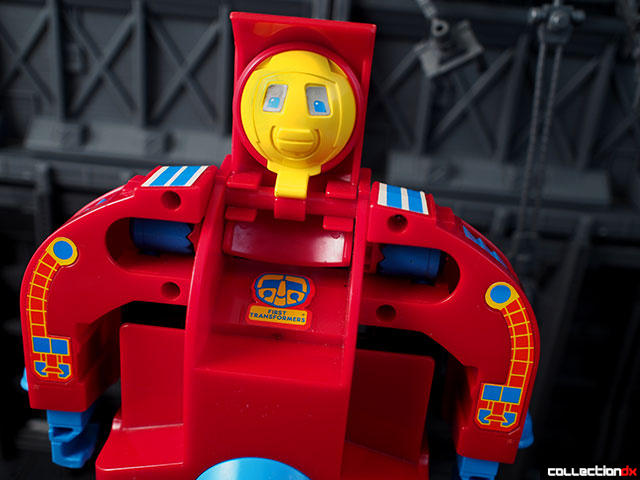 Legs pull out, arms click our, head flips up. Push the pilots head in, pull the hands out. Thats about it. 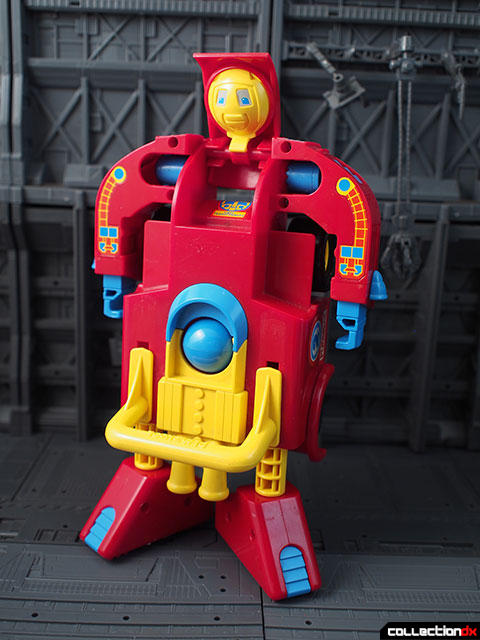 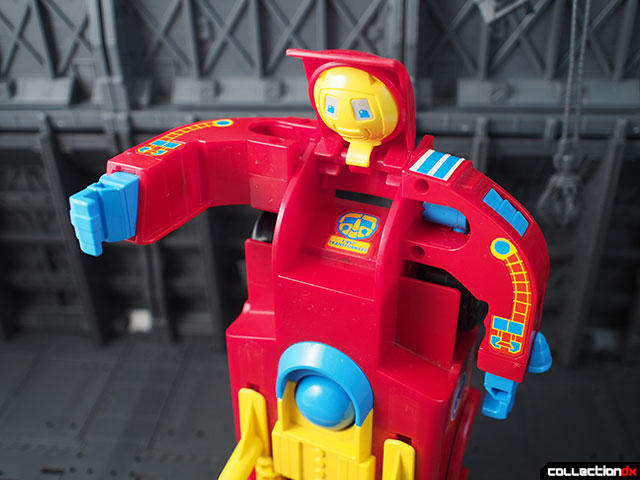 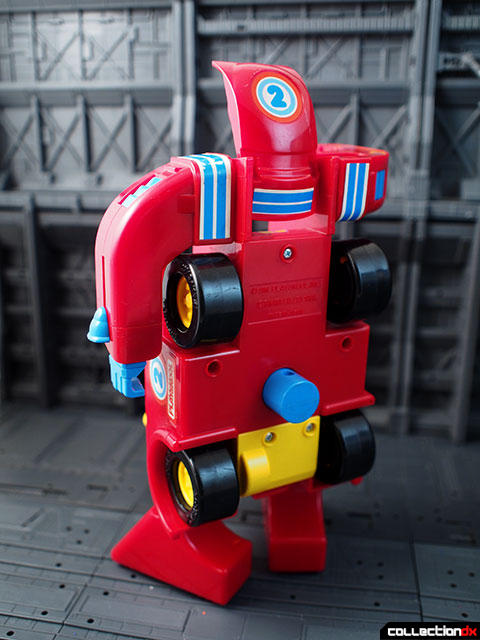 It's got a good size to it, and it's probably half as big as the kid designed to play with it. 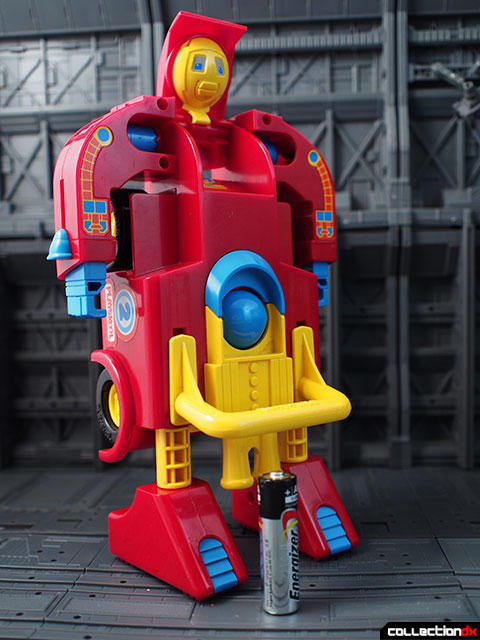 While not a cool collectable by any means, it's an interesting obscure piece of Transformers history. Since it's release there have been many different tries at making a more kid-friendly line of transformers. 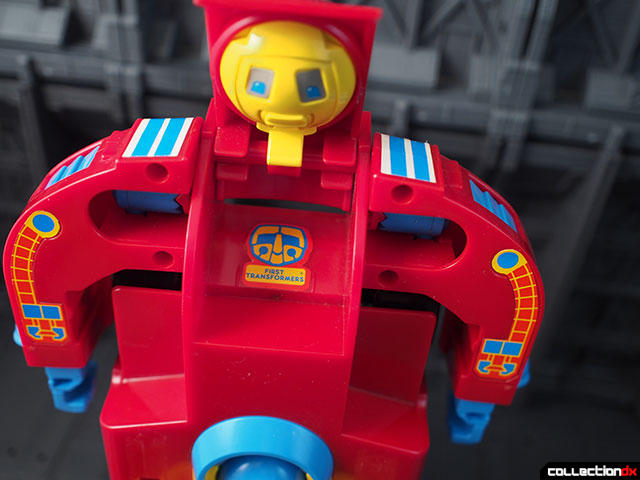