As of late I have been really thinking about what I value in a toy. There was a time when I was really drawn to high-end, super detailed, overly complicated transforming monstrosities.

But as I age, I am drawn to different things. I have noticed in the last few years that my coordination is getting worse. I'm breaking those complicated toys, sometimes dropping them. Some of these pieces, coming up on 10 years old, are just NOT designed to stand the test of time. Rubber is drying out, and plastic is getting brittle.

And in fact I get a little anxious of having to transform things. I have skipped or sold all my modern valkyrie toys, because I know I will not have the coordination to really enjoy them.

So, as I said, my criteria is changing. I now value durability over engineering. I value quality over show accuracy. Most of all I want to have FUN. I don't want to be afraid that i'm going to break something.

These Acid Rain toys from B2Five fit the bill.

It's a powered suit, with an action figure, with interchangeable parts. It's solid, toy-like, and very fun to muck with. Plus it does not feel like it's going to break if I do something wrong.

The motif is for the R711 Riot team, under the Agurts Military. The figure has the same deco, but this one has a block-ish head, making me think it's an android of some sort. The pilot figure is insanely articulated and can hold a variety of poses. 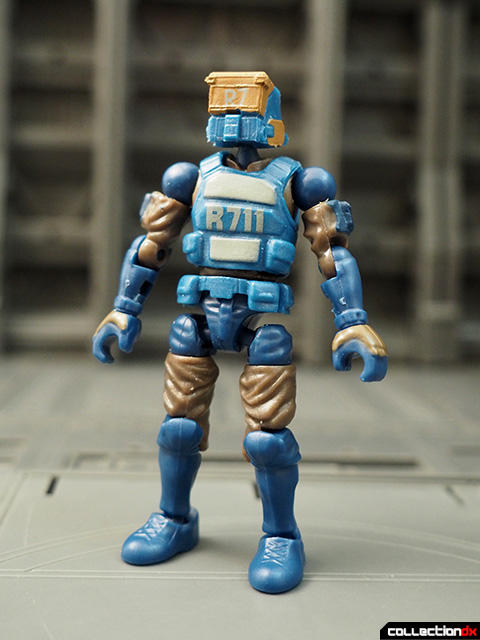 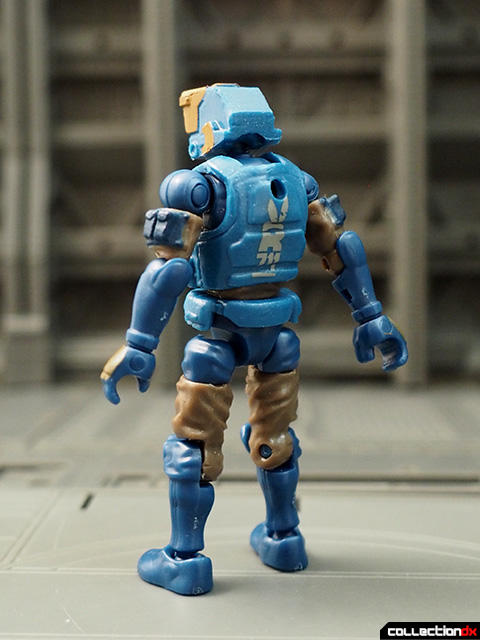 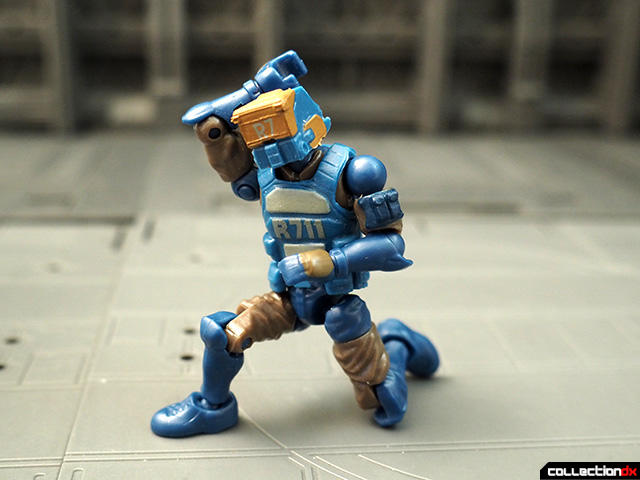 The pilot fits snugly into the seat. The door opens in two sections. Small pegs are there for the hands to attach to. 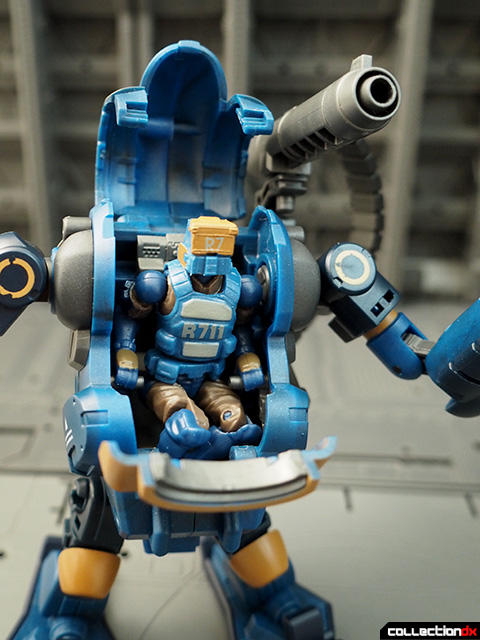 Closed, the pilots head is visible through an opening. 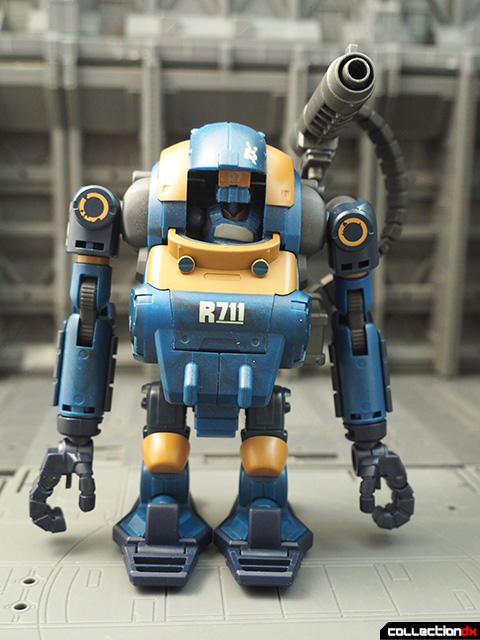 The whole unit is 1:28 scale, and has 21 points of articulation. It can be broken down into its various components, and those components can be re-used in conjunction with other toys in the series. But on it's own it's still a fantastic piece. 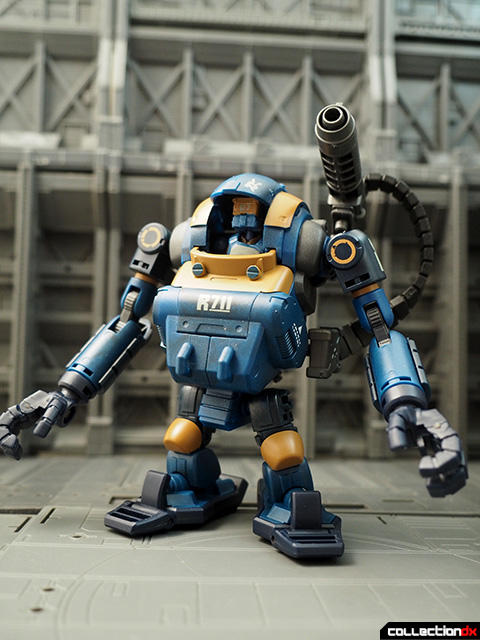 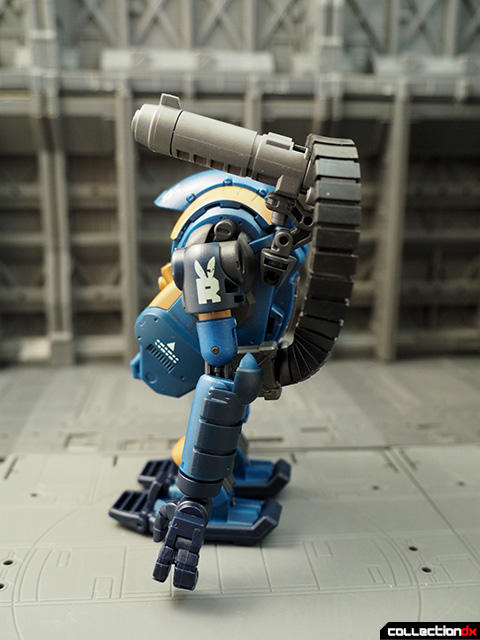 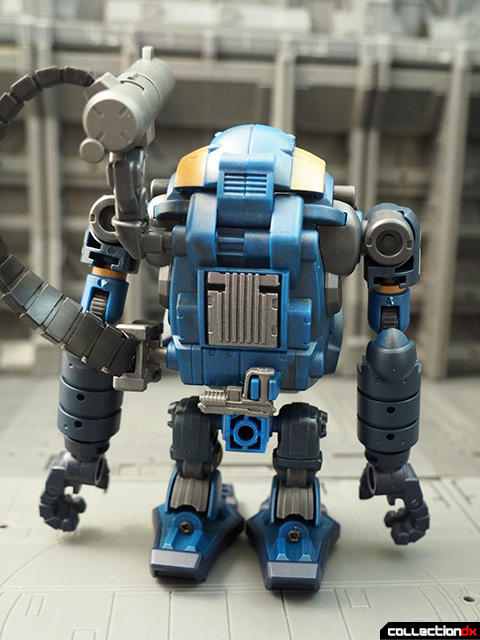 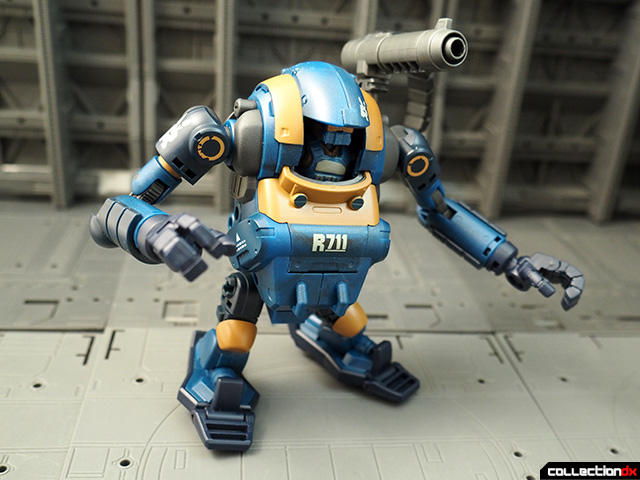 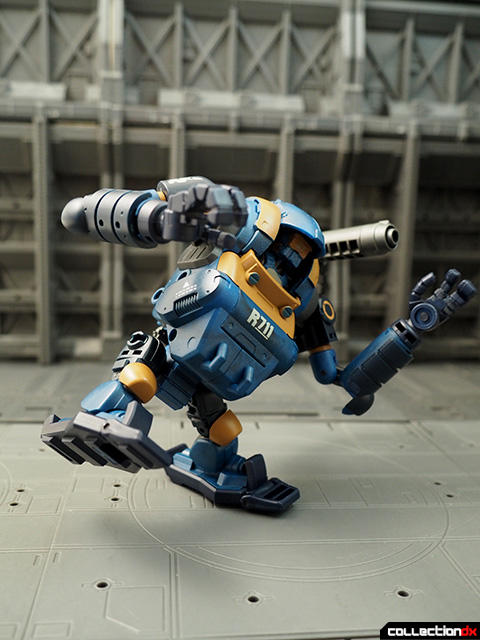 The cannon on the back is articulated, and attaches to an ammo pack via a flexible belt. 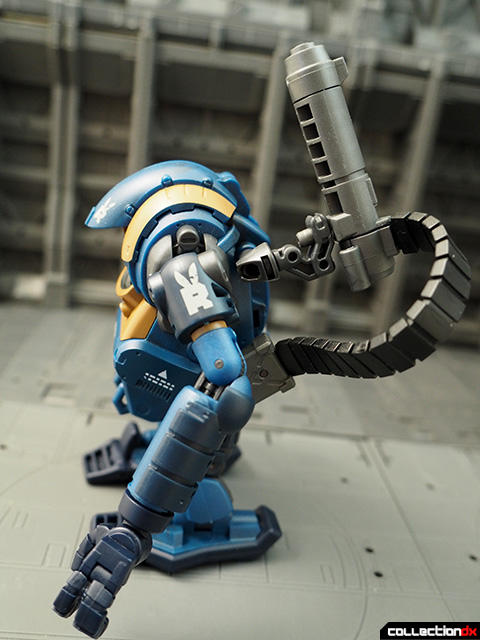 Also included is a large hand-held cannon with a moveable handle. The handles have nice slots in them for easy connection to the tabs in the hands of the powered suit.