The first entry in the Digimon XROS figure series is Shoutmon & Starmons. It’s actually two characters in this set, but really it’s because each are so small on their own. Shoutmon is one of the main characters in Digimon Xros Wars (to be known as Fusion in the US).

The reason I picked this guy up is that he is one of the components that make up Shoutcross X4. I reviewed a soft vinyl of it a while ago and really liked the design.

The toy comes in the typical loud Japanese box, with all of the features displayed on the back. 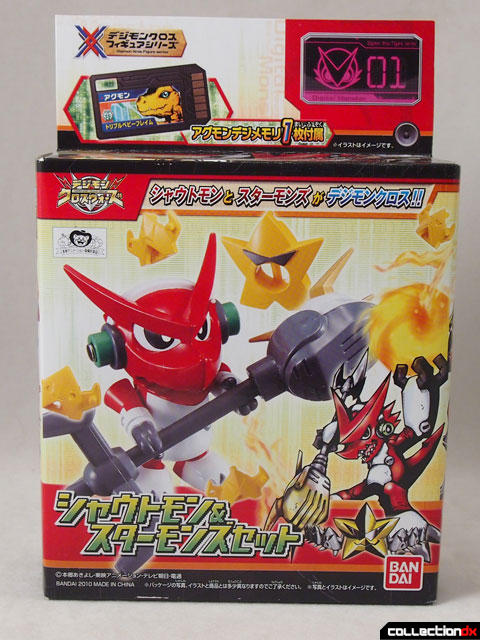 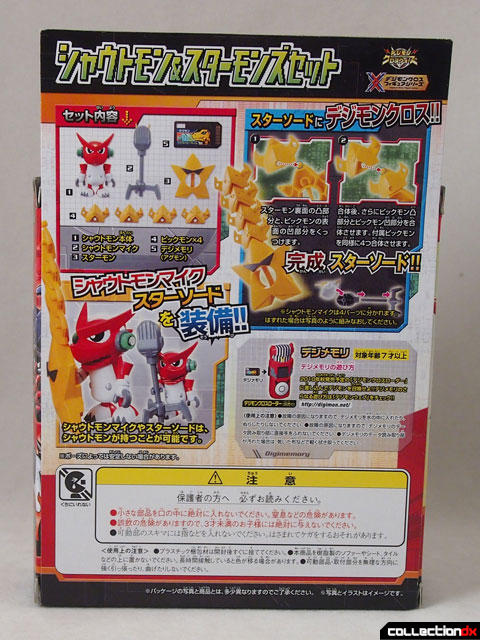 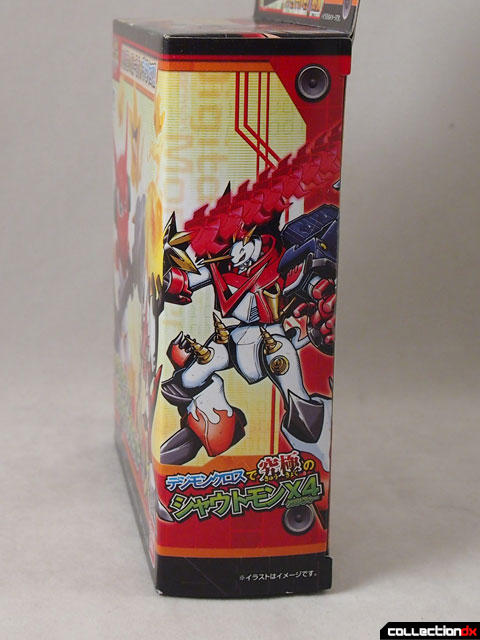 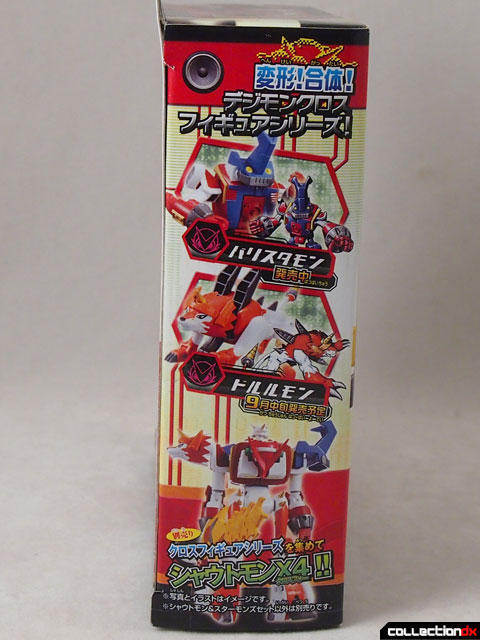 Included is a Digimon memory chip. It’s not a real chip, but it works with a digivice reader. 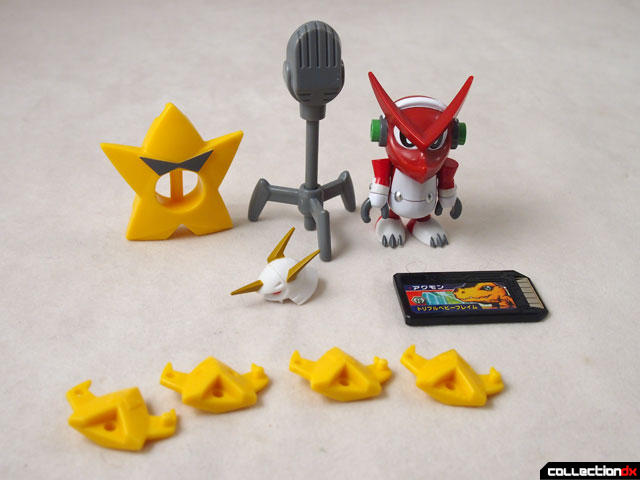 Shoutmon himself is a very small figure, only about 2 inches tall. His arms move on ball joints, the wrists move, and so do the feet. The jaw opens as well. 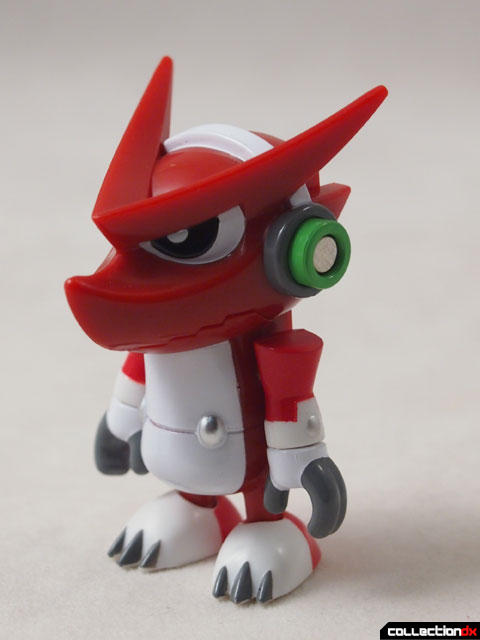 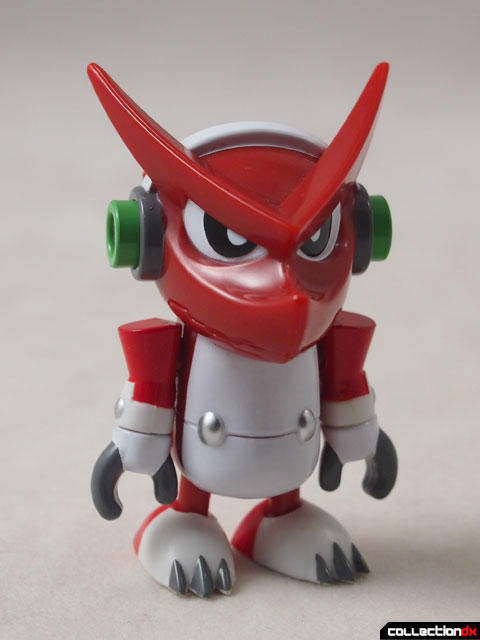 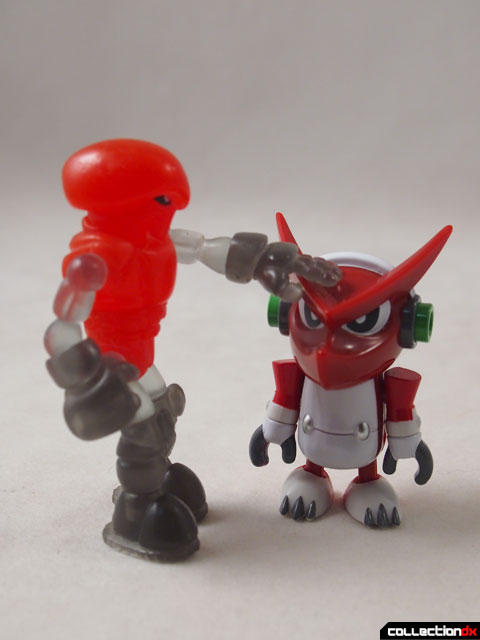 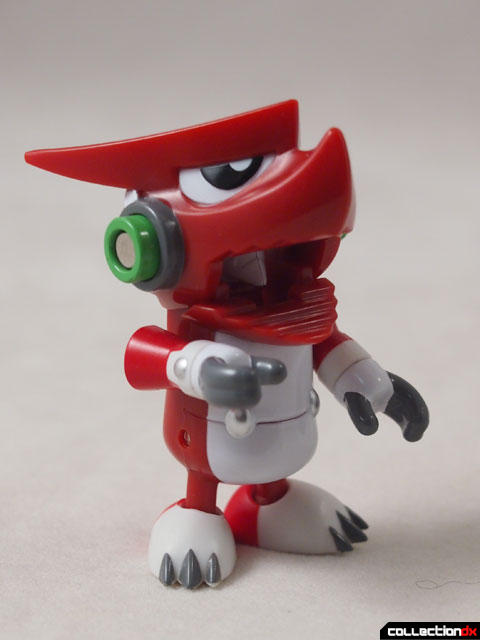 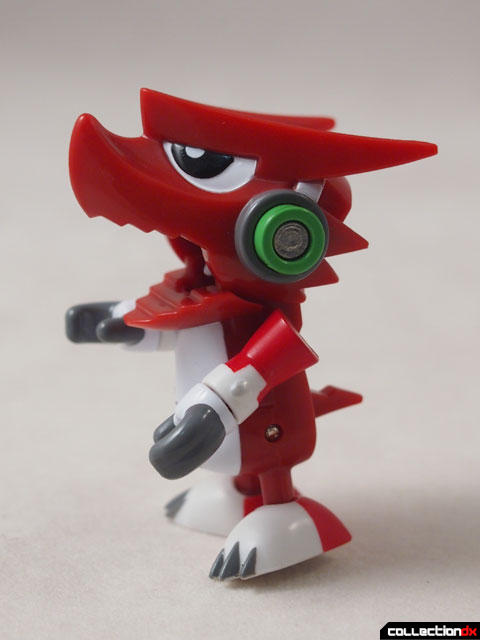 Shoutmon weilds his microphone which enables him to do his Soul Crusher and Rowdy Rocker attacks. The back of the mic stores the top plate of the combined Shoutcross X4 form. Due to the size of the mic and the limited articulation, it’s hard to make the figure holding the mic look good. 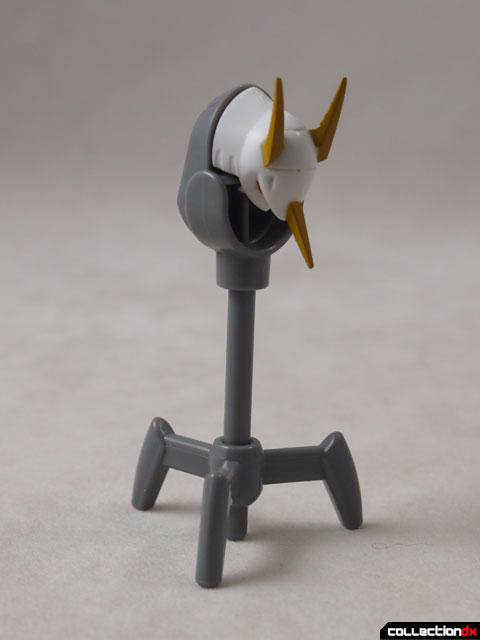 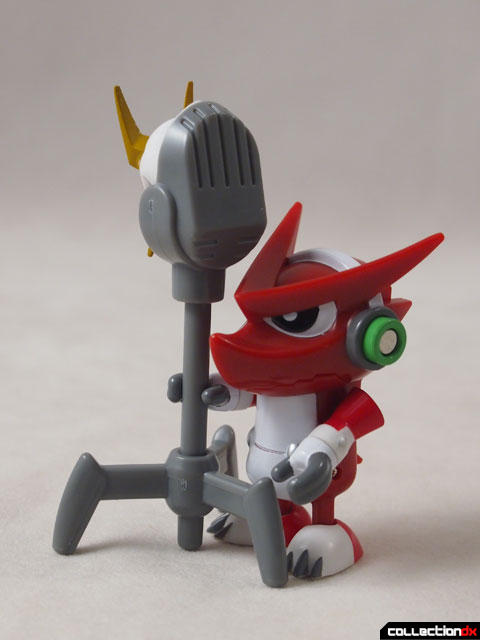 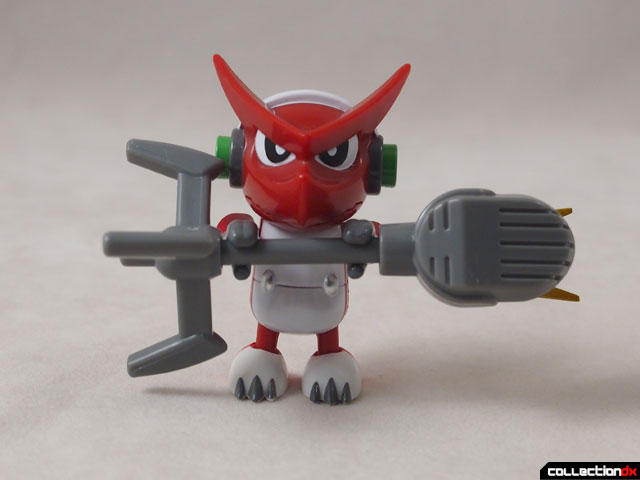 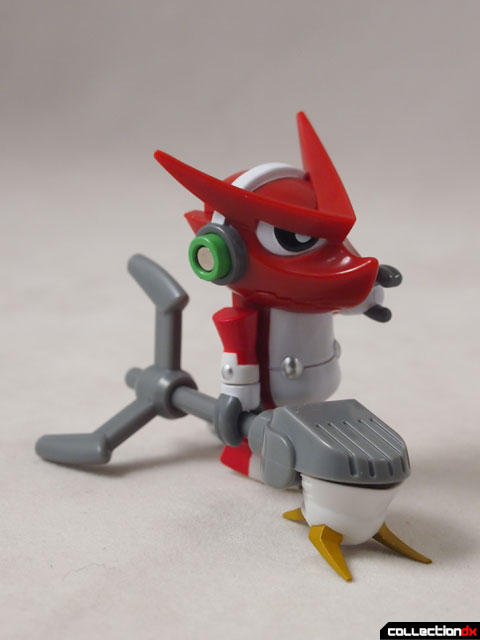 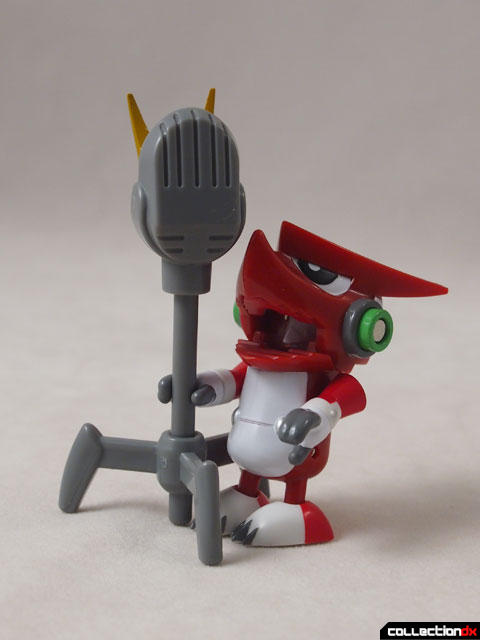 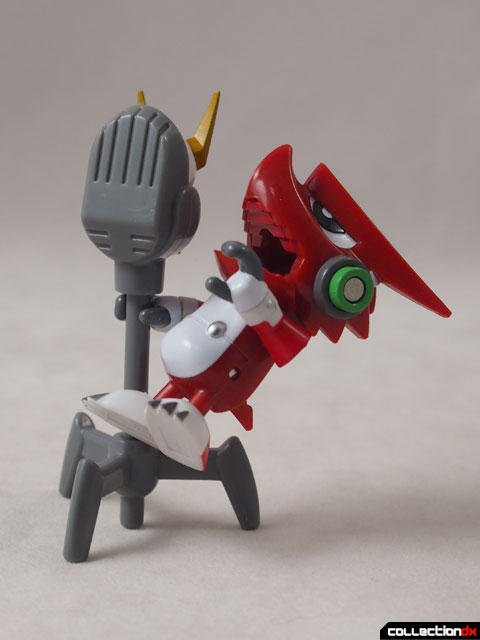 Also included is the Starmons Digimon, which is also a weapon. Starmons is actually Starmon and Pickmons. They are named as such due to the large Star, and the smaller ones looking like guitar picks.  Each one has a unique face. 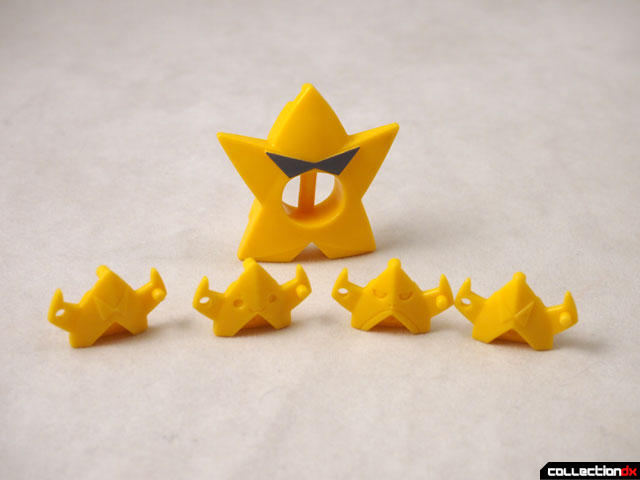 They are members of the Xros Heart Army. They can combine to from the Star Sword that is used by Shoutmon in his basic form, or as the weapon for Shoutcross X4. 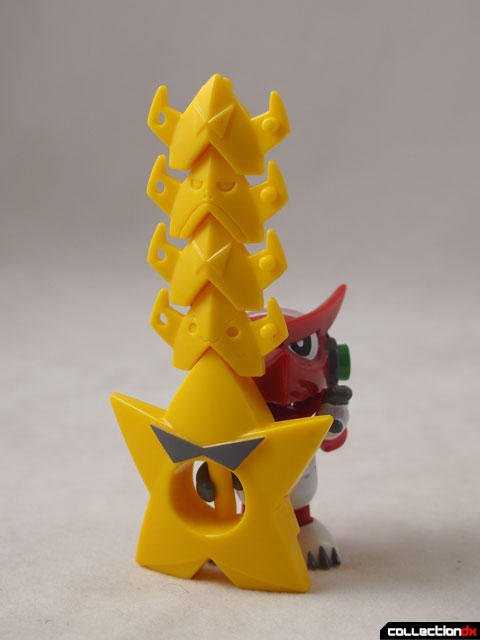 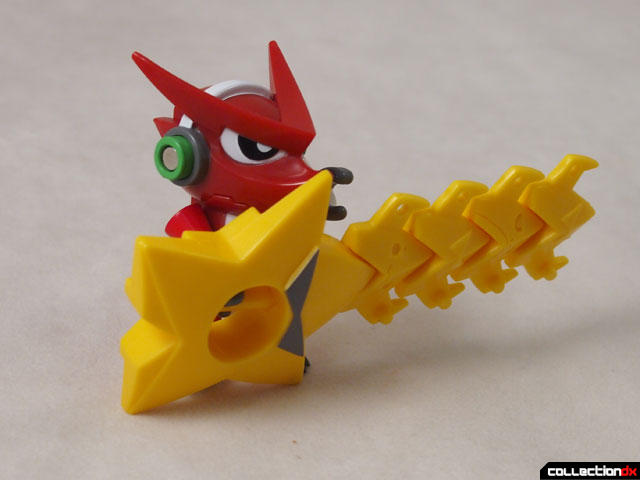 Also, I don’t know if this is an official form, but you can also connect the stars in a circle shield form. 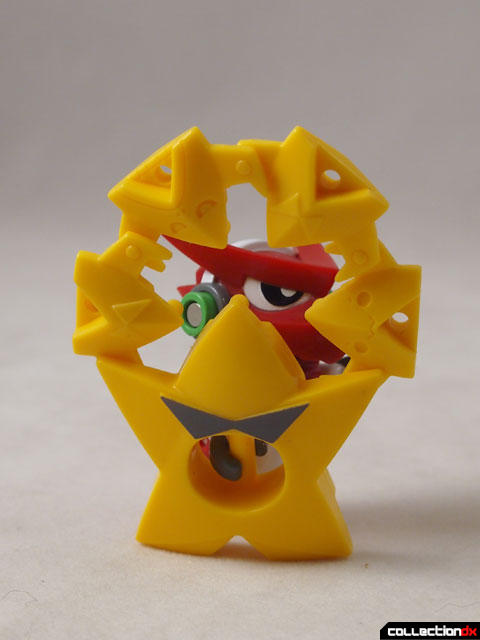 Despite the size, it’s kind of a cool toy, and at around 10 bucks you can’t beat it. I’ll be tracking down the other components to make Shoutcross X4 for sure. There are hints of the final form in some transformation. 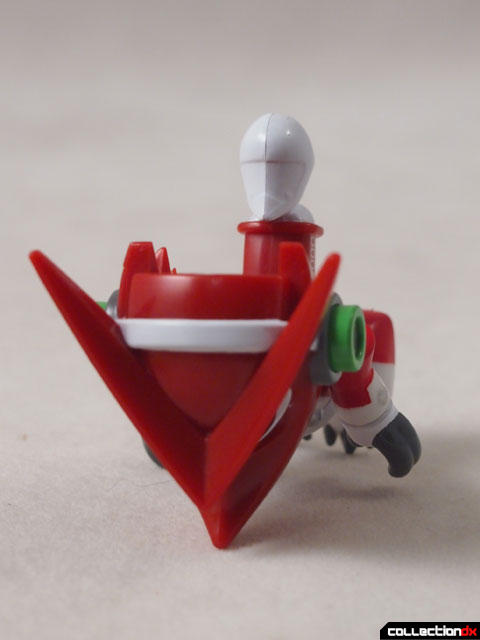 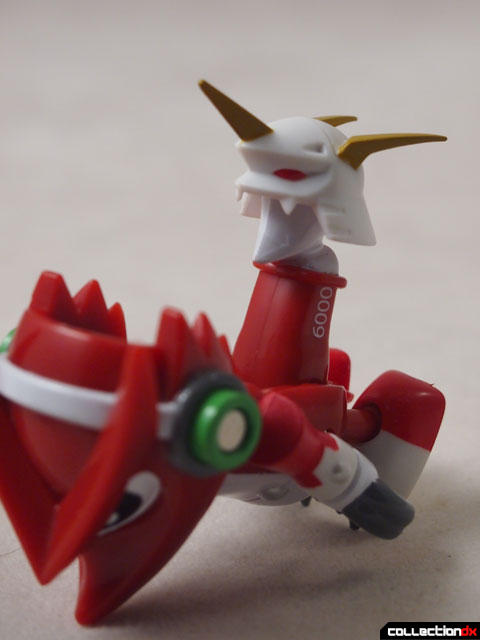 It remains to be seen if these will be imported to America as-is, or if they will be re-tooled for US release. Stay tuned for details…