Big Bad Beetleborgs was my jam growing up. Not being allowed to watch Mighty Morphin’ Power Rangers when it was first airing, my brother and I found respite in Beetleborgs, as it aired when we were both arbitrarily “older,” I suppose old enough to withstand the AWSUM VIOLENCE AND EXPLOSHUNS and KILLTACULAR RUBBER SUITS. Along with Godzilla, Beetleborgs was among my first introductions to tokusatsu, a love that would flourish greatly in the past few years.

With this, I present one of my more memorable toys—Beetleborgs or otherwise—from when I was a wee lad: Centipix. One of the four Mantrons created by Lester “Les” Fortunes, this blue clad, centipede inspired monstrosity hit just the right buttons for young VIR’s affection.

Centipix is a righteous looking guy: 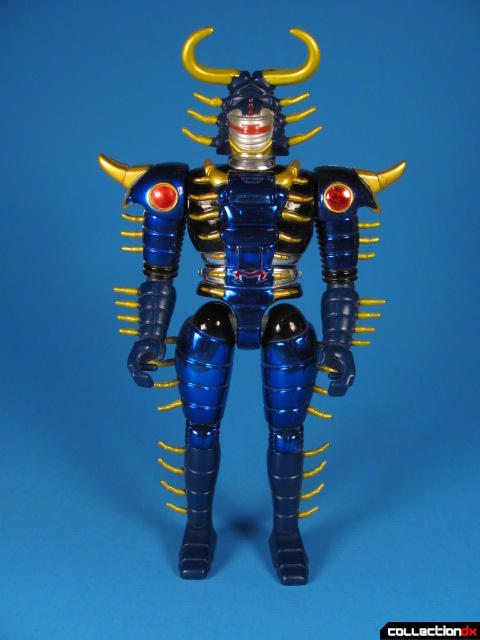 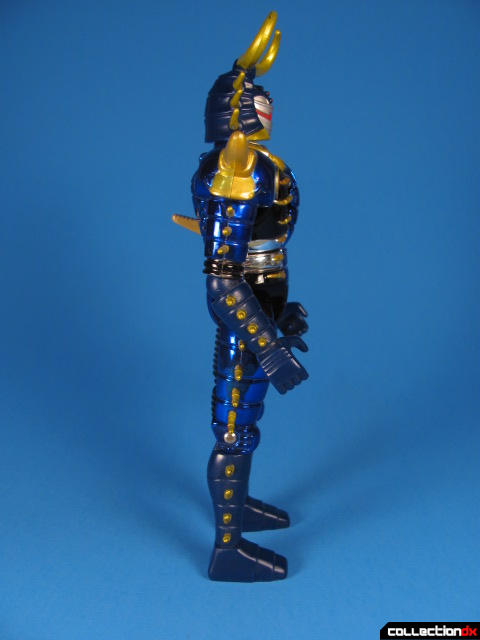 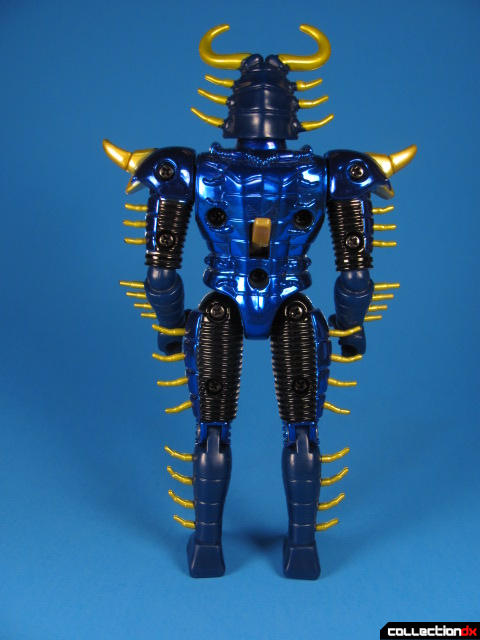 He’s just crawling with detail, most of it sculpted and painted; not much of this figure is flat (save where, of course, it’s suppose to be); a lot of attention went into this figure, and it looks great because of it. Even the back is ribbed and layered: 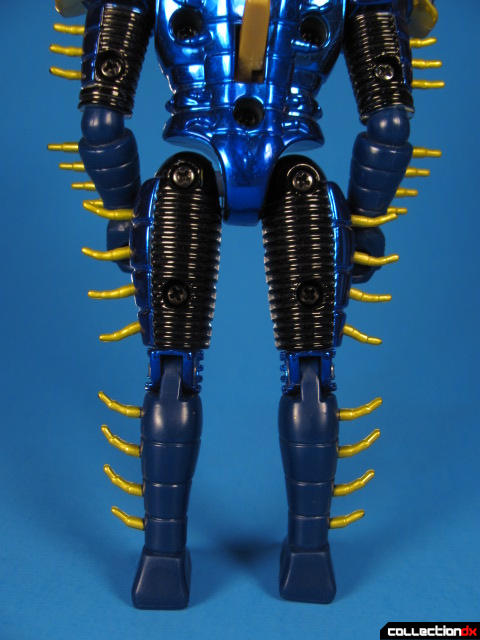 The paint isn’t very tight and has a generous amount of weak spots to it; I can’t tell if this is because of age of production or just simply age in general. Still, even in hand, he doesn’t look bad. 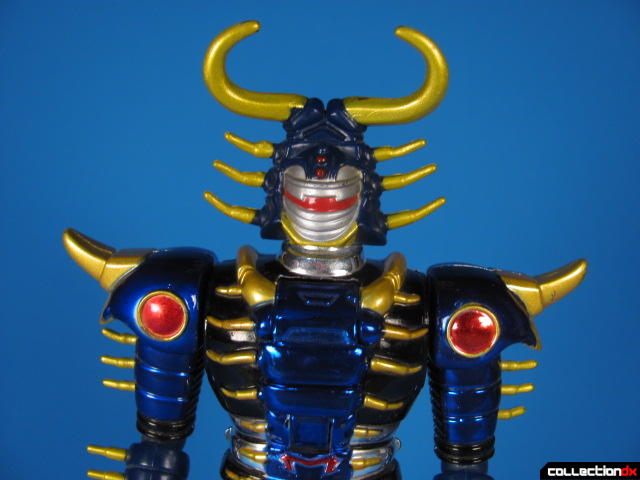 As all of the Mantrons and Astralborgs figures, Centipix has glorious, glorious chrome. I don’t know if this was just supposed to make them more appealing to children (as the suits were matte in the show), but I’m very glad that this was implemented. The only point of contention I can bring up here is that the chrome isn't present all over his body; fore arms, shins, and head are normal plastic. Not terribly jarring but it would have been better if he were all chrome. 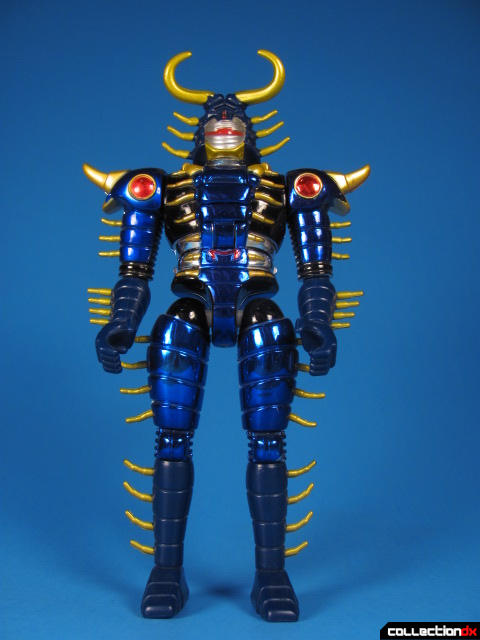 Though the sculpt of Centipix is greatly detailed and pleasant to look at, it suffers from 90s Power Lifter Syndrome (PLS for short). He comes off looking like, well. . . a roided power lifter, much different from his onscreen suit. I’m glad we’ve stepped away from this (Power of the Force, I’m looking at you). The gaps at his thighs are also pretty vile. 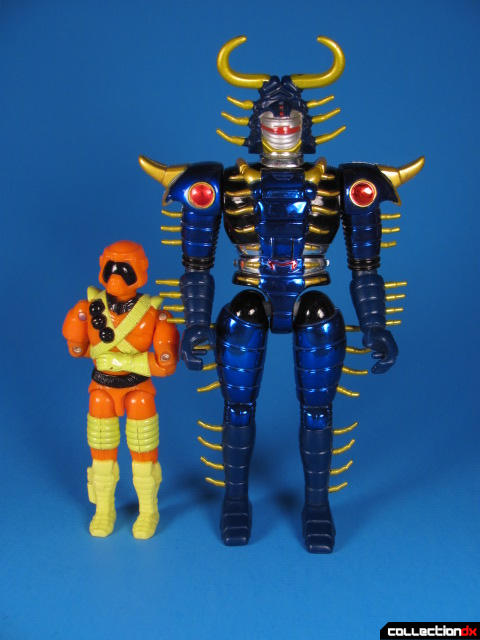 Centipix comes with two accessories:
- Double Trident
- Golden Coin (which is misplaced and I ain’t about to go find it) 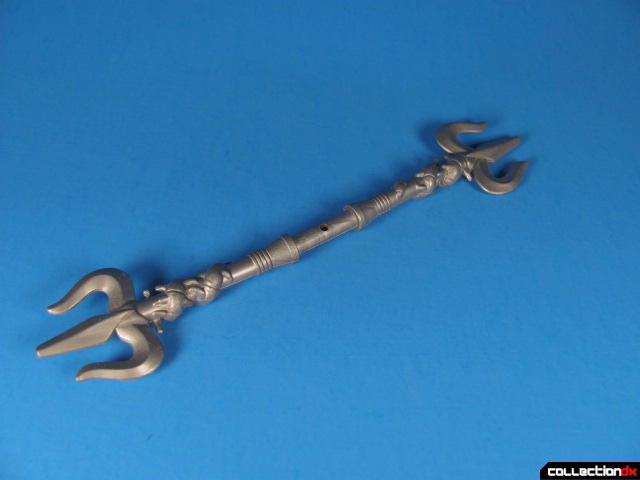 Centipix’s trident is plain, unpainted gray plastic but is rife with detail. A hole in the middle of the trident slides onto a pole extending from either of Centipix’s hands which allow for a sturdy grasp. 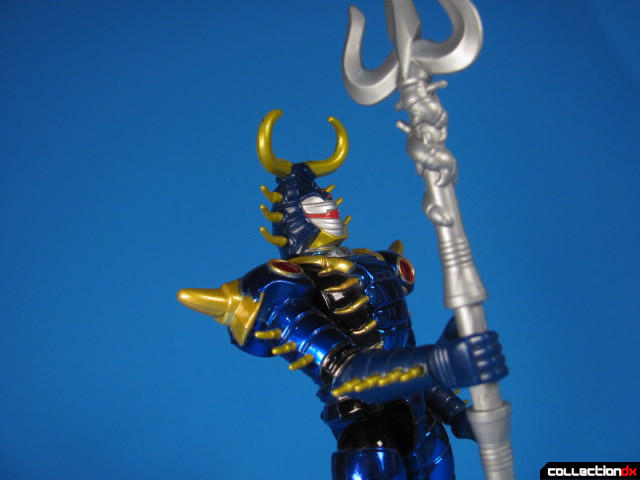 Being a toy from the mid 90s from a candy colored kids’ show, you wouldn’t really expect Centipix to have much articulation. Well, you’re only half right. Centipix actually possesses a rather impressive range of articulation and quite a few joints. With a swivel head, shoulders, and elbows, universal thighs, swivel and single jointed knees, Centipix can be put into numerous action filled poses: 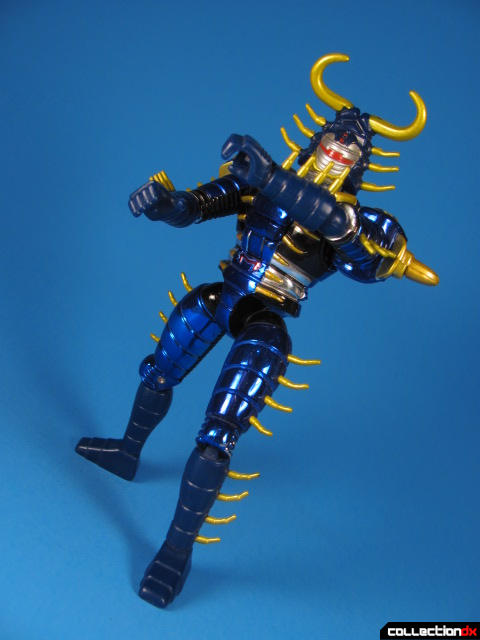 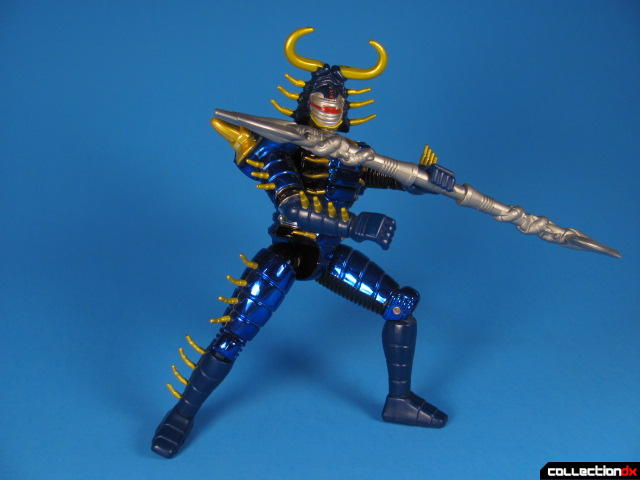 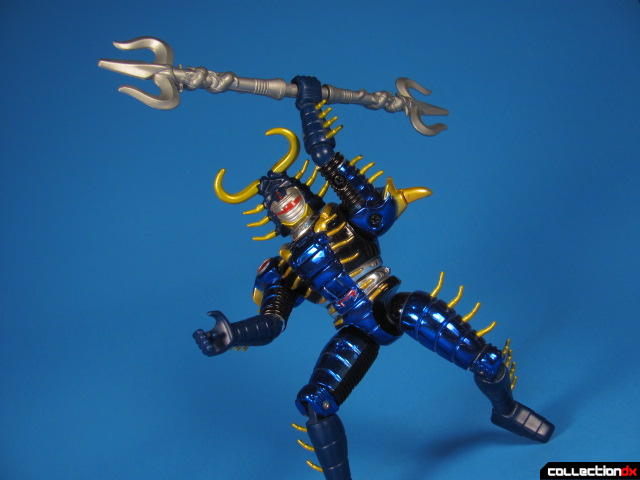 (which is more than I can say for some “other” toys) 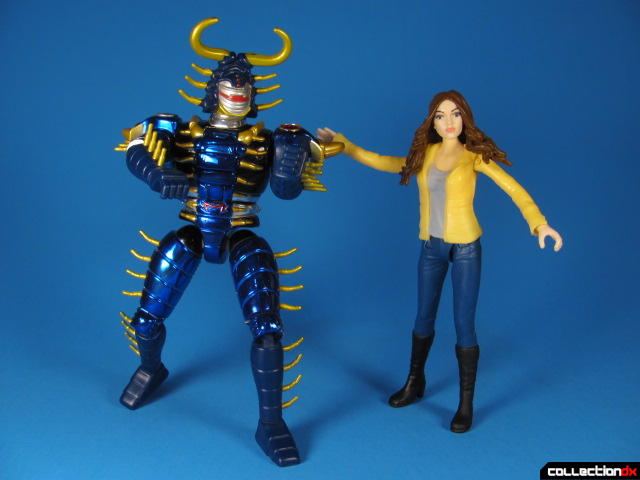 Centipix also has a neat little action feature: a simple depress of the lever on his back ejects an eye? thing? from behind a hinged door on his chest. The bombs that shoot out, sadly, are provided by your imagination. 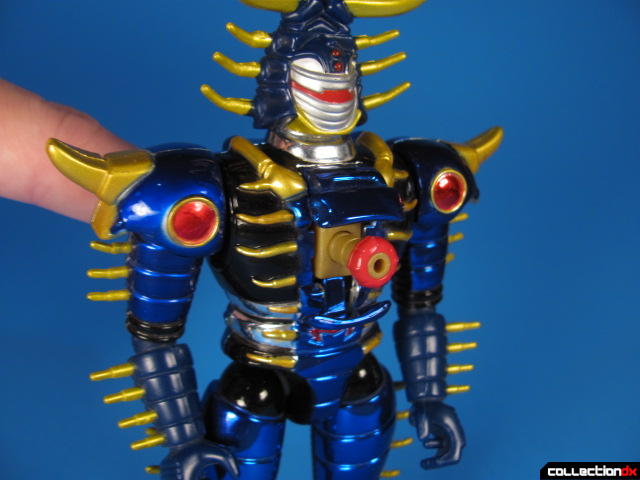 Centipix is a wonderfully satisfying toy.
With wicked sculpting, chrome, unobtrusive action feature, acceptable articulation, and being just plain cool and fun, he is a permanent and neat addition to my (and possibly your) collection. He also looks great with all your other Beetleborgs toy. . . 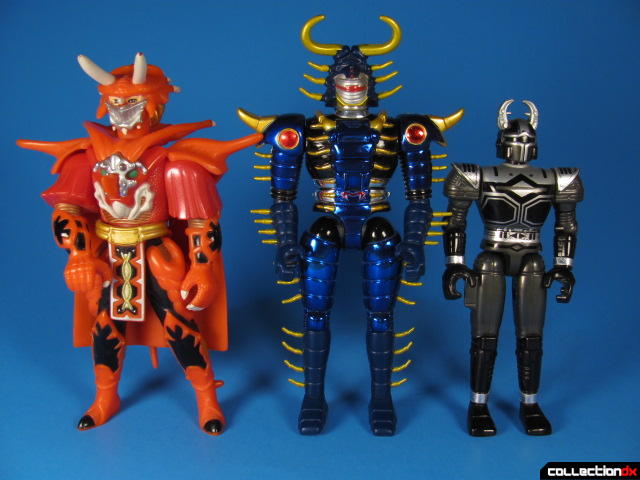 Oh man, I remember this show. I remember being old enough to realize how insanely wrong and creepy the Flabber character was. I was in my 20s and was like "what the hell is this?"

Flabber was basically Jay Leno, which made it even more horrifying in recollection.

With a touch of Elvis.

I remember when all of these guys first appeared on Beetleborgs. I actually still have mines. Still shiny, joints nice and tight. However both the coin and the weapon are M.I.A.