What do all of these toys have in common?

Fad toys are the ultimate determiner. You either die a fad or you live long enough to see yourself become the household brand.

Today we will be exploring the fad of SLIME TOYS.

Putty Podz are an inexpensive $3 "impluse buy" toy line by Imperial Toys. They are sold at Walmart stores in the toy aisle that features other cheap $1-5 dollar toys.

They come in colorful and eye-catching packaging. I was pretty impressed by this. Usually Imperial Toy's packaging is bland or non-existent, sometimes simply being a paper tag attached around a dinosaur's neck by an elastic. The packaging's double-sided bubble here showcases almost the entire tin container's artwork on both halves. A nice touch. On the backside, we see the 3 available characters, as well as precautions for the slime, and ideas of how to play with the slime. 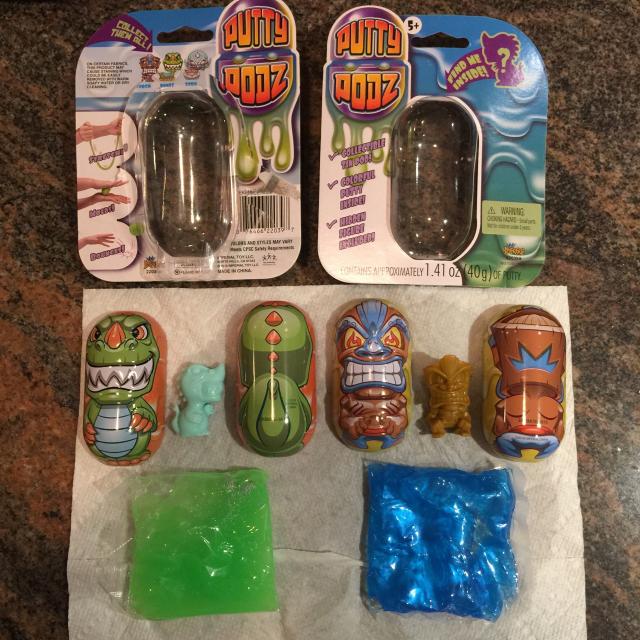 Each "pod" is a character decorated tin case filled with a sealed bag of colored slime and an unpainted PVC character figurine specific to each tin design. The tins feel solid and of good quality, and they have great artwork.

The 3 available characters include:

Torch the fiery Tiki God, Bonez the Ceratosaurus, and Zork the Alien.

The figures can come in orange, blue, or brown PVC. You don't know which color you're getting until you open up the pod. I wish the Dinosaur came in green like the artwork shows but alas, that is not so. The Tiki God looks proper to it's artwork in brown, but also looks especially great in the orange color PVC (you can see what that color looks like on Youtube video reviews for Putty Podz).

For this review, we got a blue Dinosaur (meh), and a brown Tiki God (nice!). If either of them had been orange, I'd be a happy camper. I like Orange. It's my favorite color. I couldn't review the Alien because the Walmart store I found these 2 at didn't have him in stock. 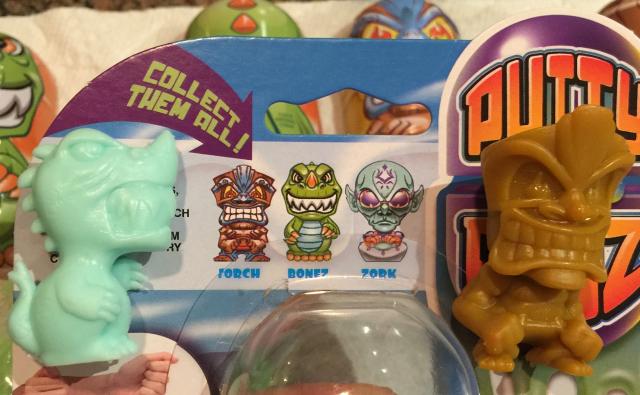 The sculpt work on each figure is nice. The PVC feels durable and captures details well. The Dinosaur looks a little weird when compared to it's artwork, but the Tiki God is on-point. I really like this Tiki God figurine. He looks like he's ready to rise up from the Hawaiian depths and host a surf contest to appease the Volcano Gods. A cool little "Easter-Egg" is that the Tiki God has the Imperial Toys "crown" symbol sculpted into the back of his head! Neato!

I wonder if these figurines will hold paint? For $3 a pop, I wouldn't mind getting another brown Tiki God and painting him up to match his artwork. That would be a fun little project to tackle. 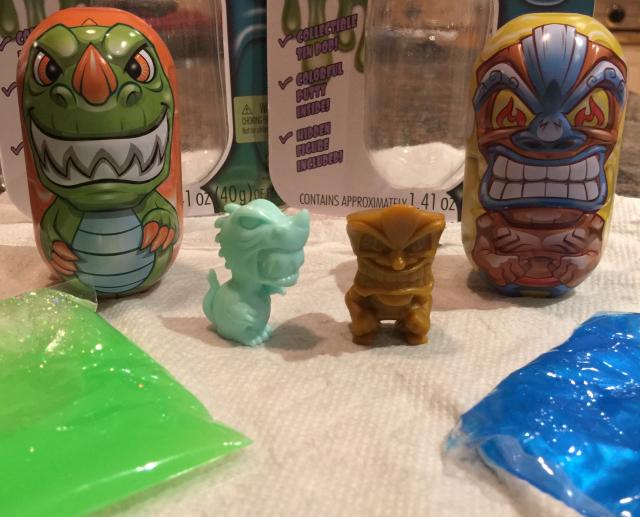 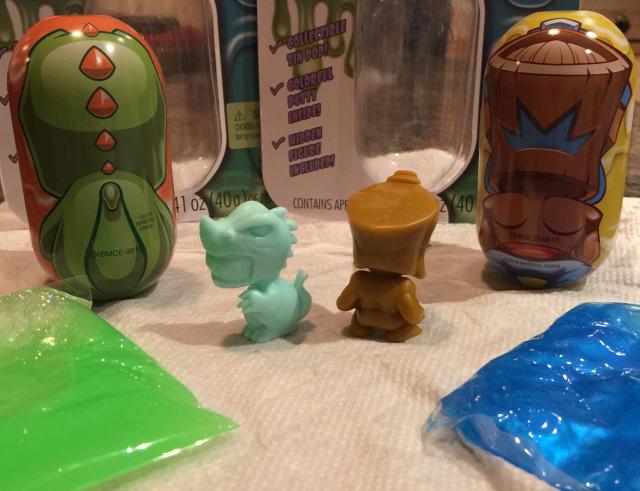 The slime with each figure is...garbage. It's far too runny a consistency. You can't stretch it, or mold it, or bounce it like the packaging falsely advertises. It's lacking a thickiner. Whatever that may scientifically be. I'm no slime aficionado like Pixel Dan, but I know this thing needs more substance. Now, that doesn't mean we can count it out. I'm sure with it's looseness, it would still work well in various classic slime toys like Ghostbusters, Teenage Mutant Ninja Turtles, or Masters Of The Universe. I got a vintage Muckman I'd wanna run this stuff through. But if you're looking for that classic "Mattel Slime" consistency, look elsewhere (I hear those $1 green slime oil barrels you see at places like Five Below match the classic Mattel Slime).

Here's some close up shots of the figurines: 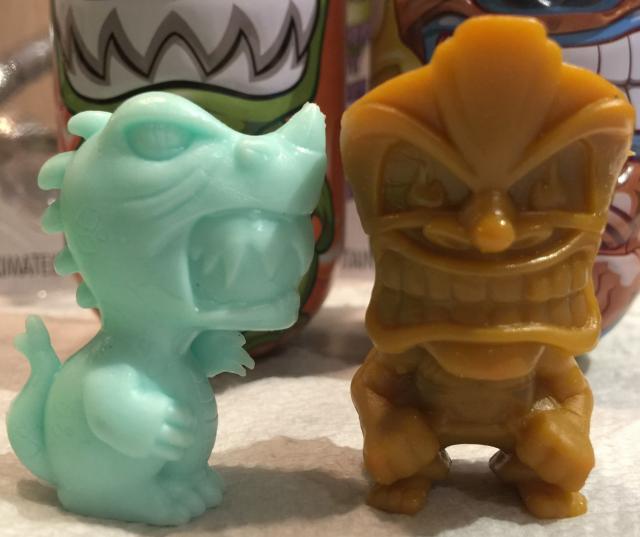 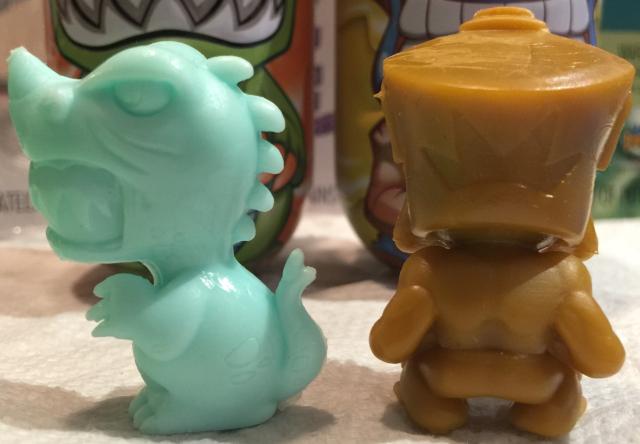 For $3 each, you get a nice quality ehh... almost everything. The tin feels durable, the artwork is great, the figures feel durable, they have great sculpts, but the slime, though crap, is still loose enough to salvage and use with certain slime-utilizing toys, just don't expect Mattel quality slime. So ehh...I can't complain. And the price? $3? Pfft! I've spent more on candy! It's a good value for what you get.

So if this toy intertests you, should you buy it? Yeah, I think so, as long as you're buying it for the figurine and/or the tin container. But DO NOT buy it for the slime if you're expecting to stretch, bounce, or mold it. You'll need to use something to thicken up that slime to do so. But I still think it's worth throwing in your cart as you traverse through a Walmart, especially if you come up empty handed on a new toy hunt.