Borderlands is probably one of my favorite games, ever. I've always loved both first-person shooters and role-playing games so seeing them meld so beautifully made me a happy, happy boy! The entire concept of a "loot shooter" was something that I was positive would make me remember the game fondly, but something else ended up taking the top spot in my brain: the characters. Borderlands had such a wide variety of well-written goofy characters that it just clicked with me. Even the basic cannon-fodder enemies were awesome! 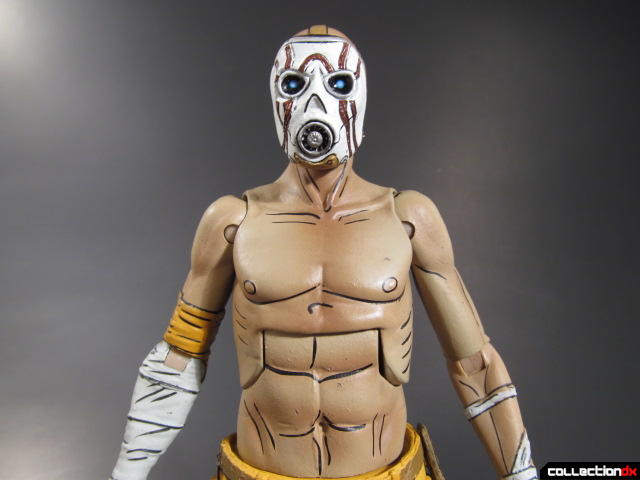 So here we have the Psycho, the most common variety of enemy in the game. The first thing I noticed about the figure was the paint applications. It looks like he just jumped right out of my computer screen and started running at me at full speed. The colors and panel-lining make him look excellent. NECA has done an amazing job recreating the Psycho Bandit as he appears in the game. There are a few paint glitches and stuff, like how the lines on the mask don't completely line up with the eye, but I didn't really notice until I started looking for issues. 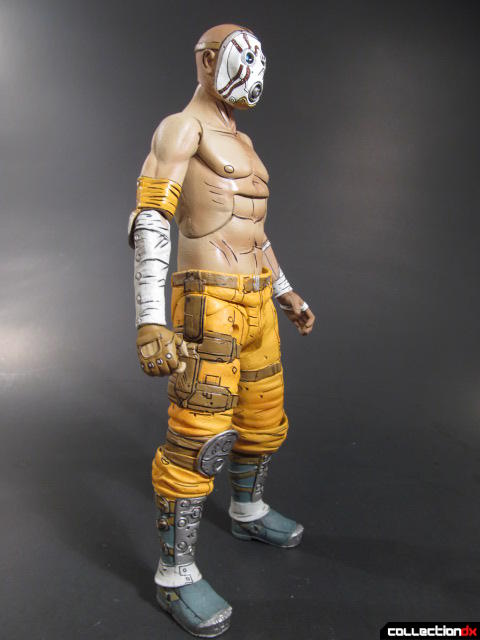 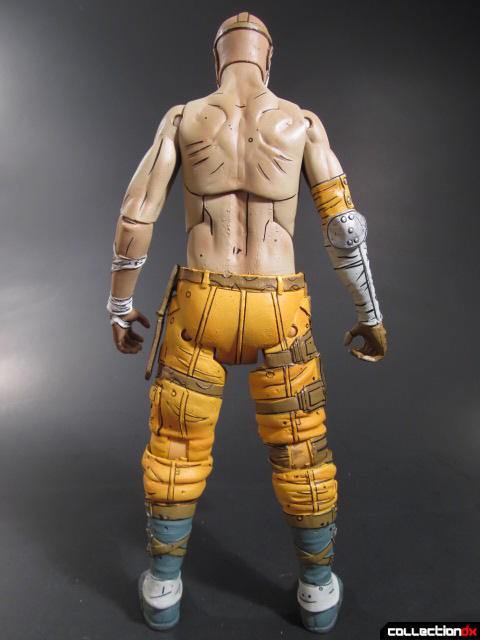 As a whole, the Psycho just looks brilliant. 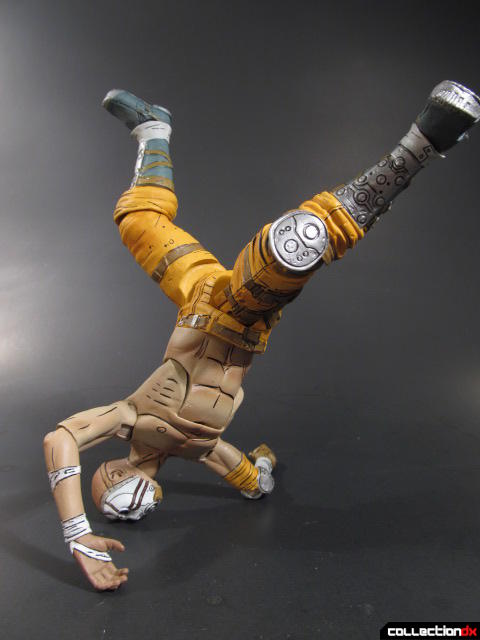 His articulation is actually really nice too! He has mostly just ball-joints and universal joints everywhere, and that makes it very easy to place him in any pose you can think of from the game. I especially like the hips. NECA has a habit of making figures with compound cuts for hips, and I can't complain. This allows their figures to keep a nice range of motion without destroying the sculpt! 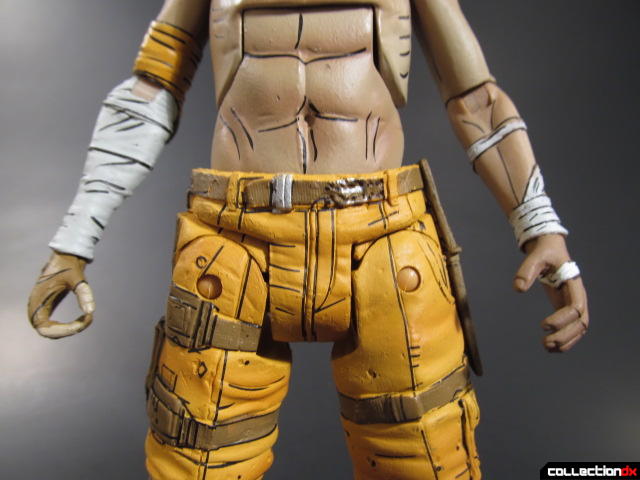 I wish the knees went back a little further, but it isn't something that completely destroys this guy as they still go back as far as you'd need them to. Plus, the ab crunch is incredibly satisfying to move! 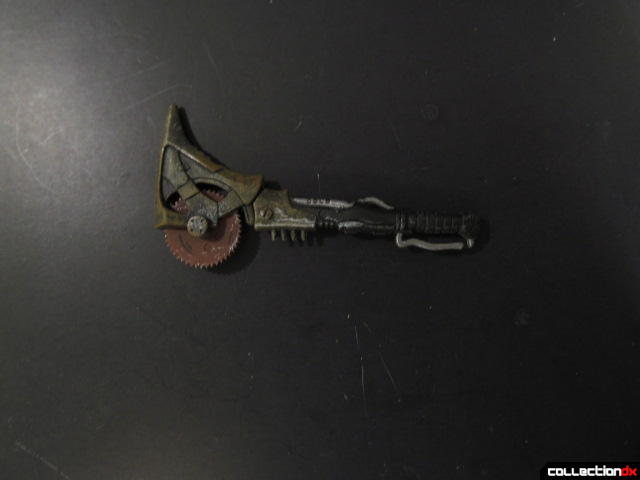 The Psycho wouldn't be much of a bandit without a weapon, so he comes with a buzzsaw-beat-stick. I really don't know what to call this thing. I guess it's an axe with a buzzsaw on it. The sawblade even spins! Plus, the Psycho holds it really well so you don't have to worry about him dropping it or anything. 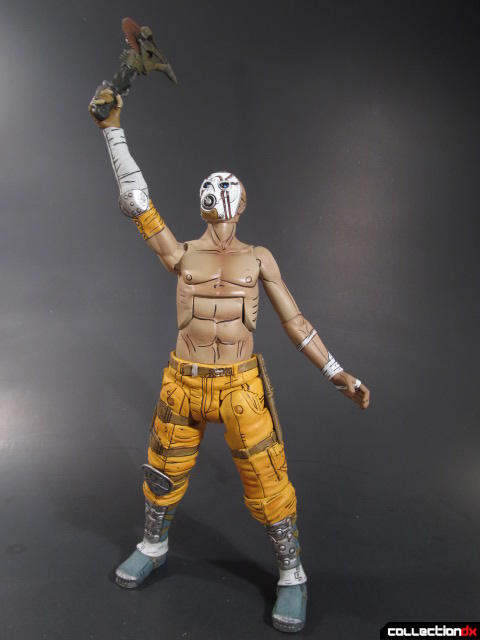 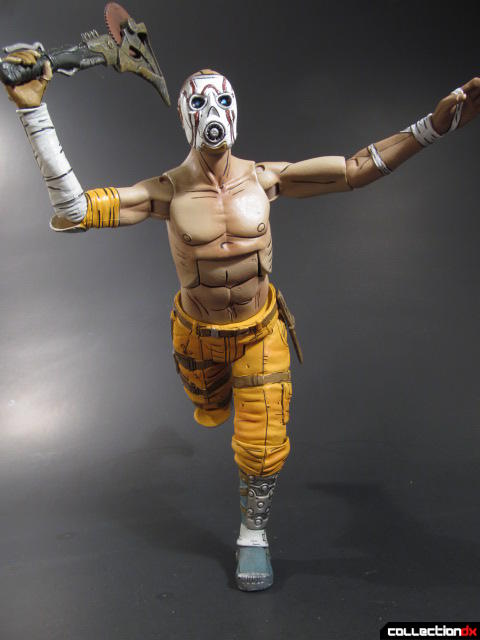 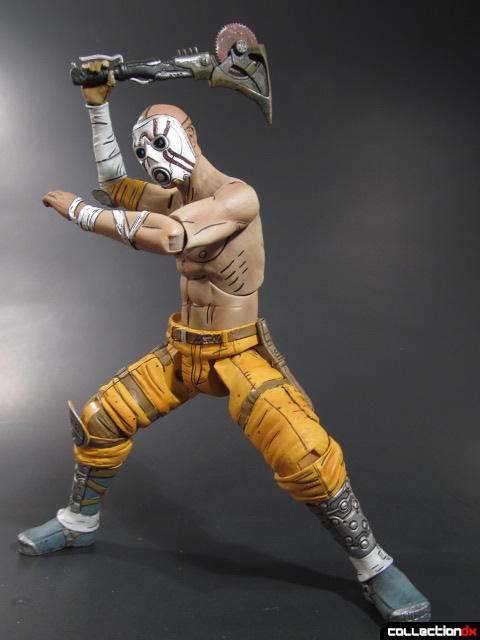 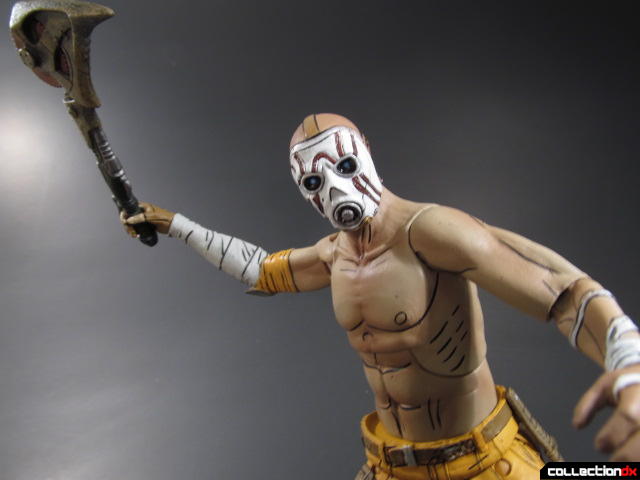 NECA's Psycho Bandit is an amazing release! It has a great blend of poseability and playability that is sure to please any fan of Borderlands! Even non-gamers would find this guy to be a pleasure. Plus, at 16 bucks, he doesn't exactly break the bank. If you see one of these at your local Toys R Us, do yourself a favor and pick one up! 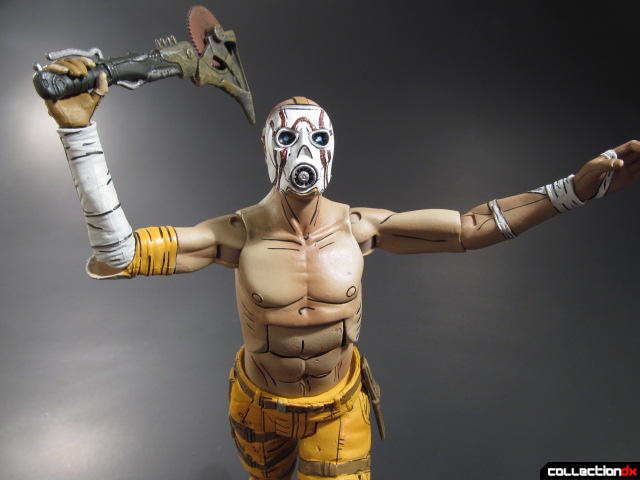 FYI, Claptrap variants are starting to show up at retail now, too. NECA really did a nice job on both figures. If only Claptrap had retained his original voice gimmicks....

Yeah, man. I actually haven't pick up the Claptrap yet. I will once I see him though.