It’s amazing how many of my childhood memories are tied to these little figures. When Empire came out, I was seven years old. My sister was four. We were at an age where we could play together and it was no big deal. We would play Star Wars – I played Luke and she played Leia. It was completely innocent, and of course Empire revealed that Luke and Leia were brother and sister, so everything was cool.

Of course, we grew up, she played with dolls, I did my thing. We fought all the time. But whenever I think of Leia in Hoth, I think of my sister.

But anyway, it is the Empire Leia figures that cause me to get all nostalgic. Specifically, Hoth Leia. 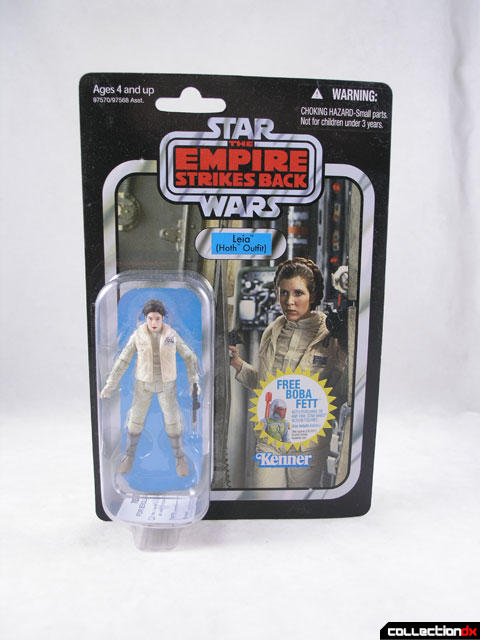 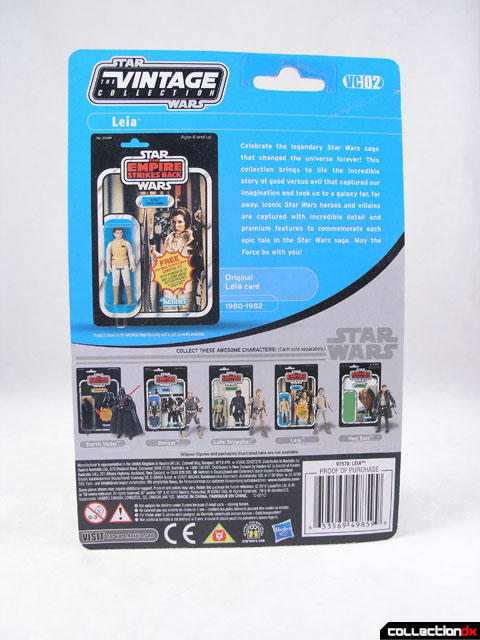 The princess has always been difficult to accurately capture in such a small scale, but this one does a reasonably good job of it. It’s a small, slight figure, but it looks good. 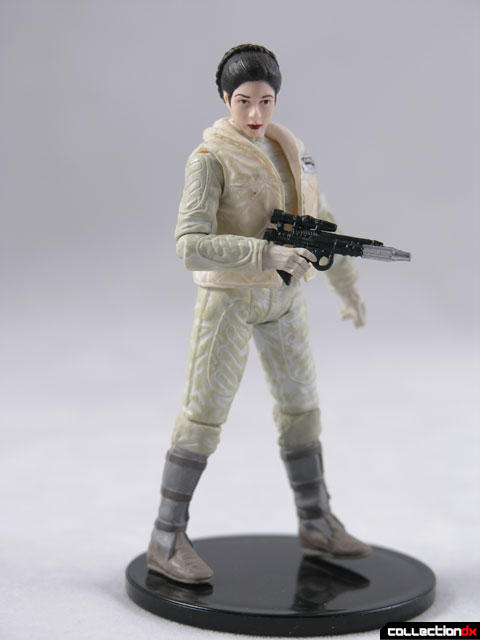 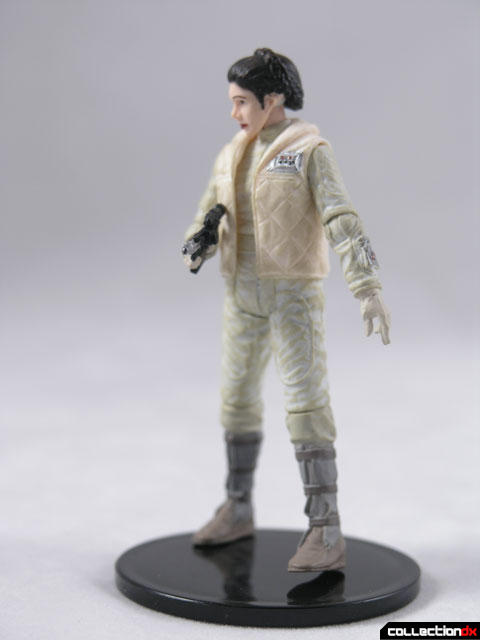 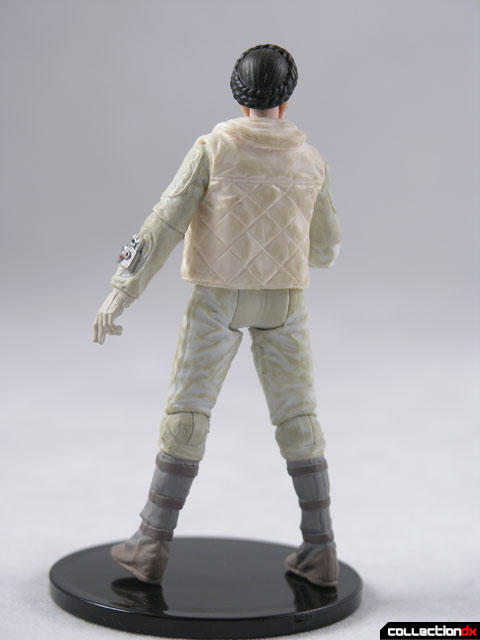 The articulation is typical for one from the vintage line – ball joints in the head, ball/swivel joints in the elbows, shoulders, knees and feet. It does enough. 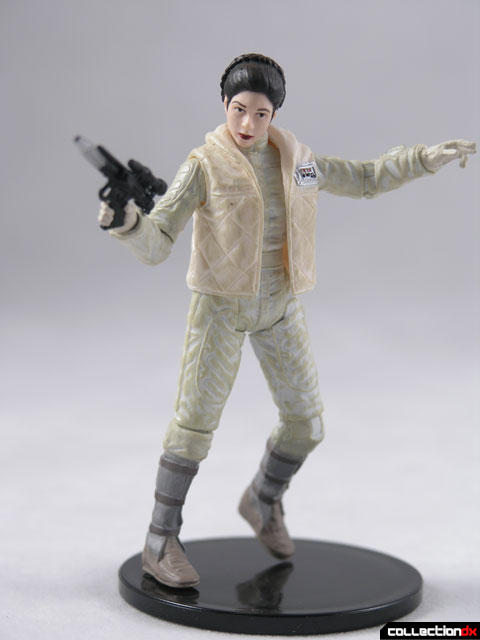 The vest is a separate rubber piece, and can be removed with patience. 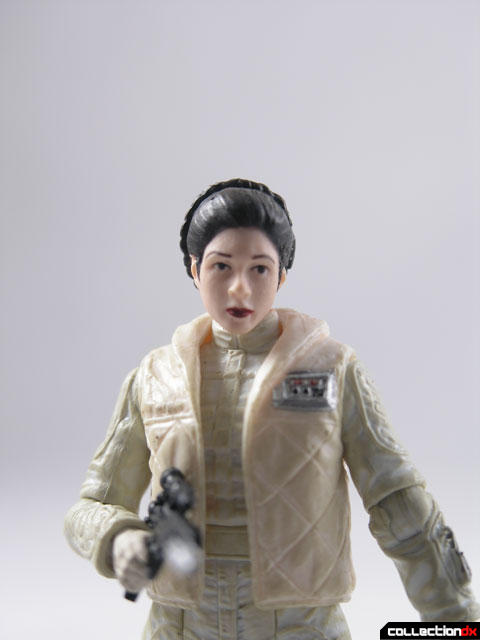 The only accessory included is a small blaster. 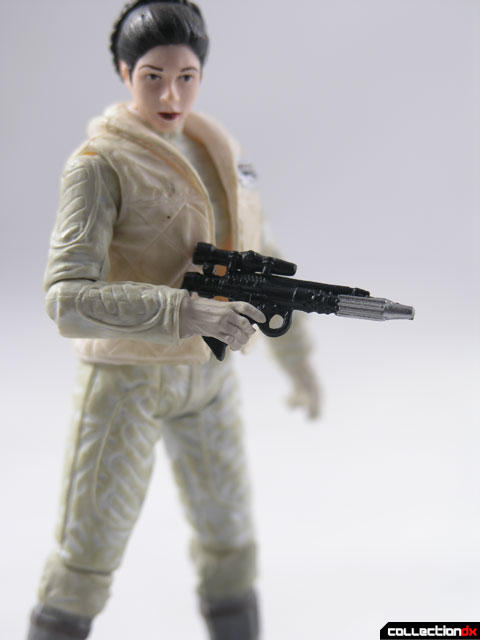 If I had only one complaint about this figure it would be that there is a great cavity on the head where the ball joint is. It just looks odd upon close inspection. 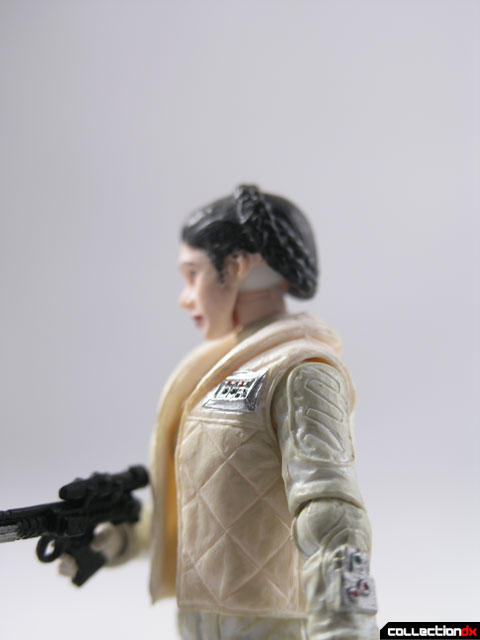 5 comments posted
Not trying to go off track...

I turned in my Star Wars fan card years ago, but I feel really compelled to point out that it wasn't until ROTJ that it was revealed that Luke and Leia were related.

I was referring to when Yoda says "no, there is another one". My childhood mind concluded this was Leia at that time, especially when Leia could "hear" Luke while hanging off the antenna on cloud city.

But you are right, it wasn't actually revealed until Jedi when they were on Endor.

Was there a Leia figure on the "Jabba" outfit?

There was, and I have it, but for some reason I never reviewed it. Interested in seeing a review for it?

Princess Leia in skimpy clothing always cheers me up, LOL!