Series 14 of the Neca Predator line includes the three young predator brothers, Scar, Celtic, and Chopper from the movie "Alien vs. Predator". This wave brings with it some much anticipated updates to the line. The predator base body has been completely redesigned from scratch. All three figures use the same base body, but have different head sculpts, armor, weapons, and hands. 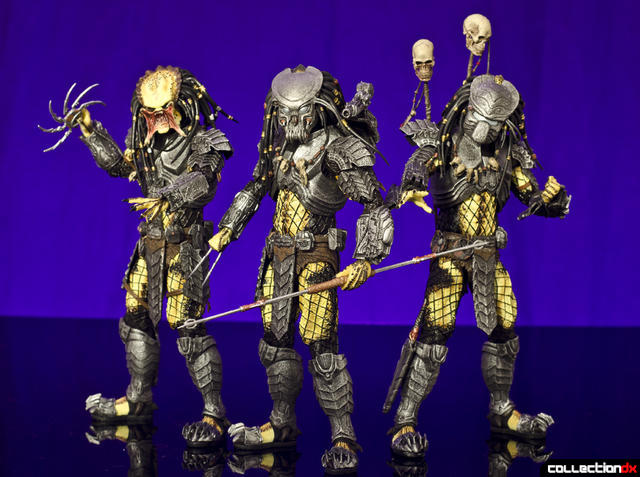 The figures come packed in the standard Neca plastic bubble and card pack. 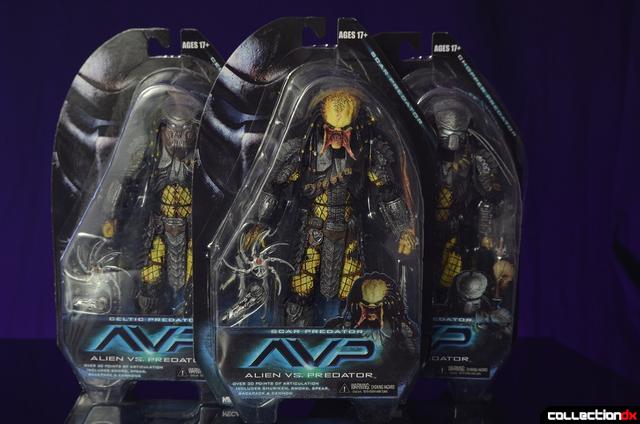 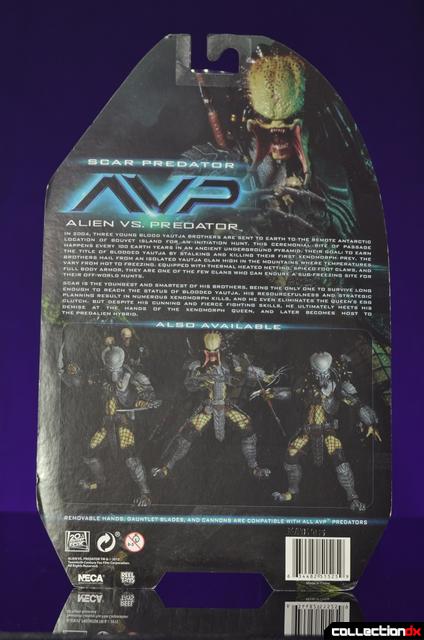 The new body sports vastly improved articulation over the old predator bodies. Elbows and knees are double jointed, the ankles pivot and rock, the shoulders and hips are on universal joints, and the torso has two ball joints (one upper, one lower). 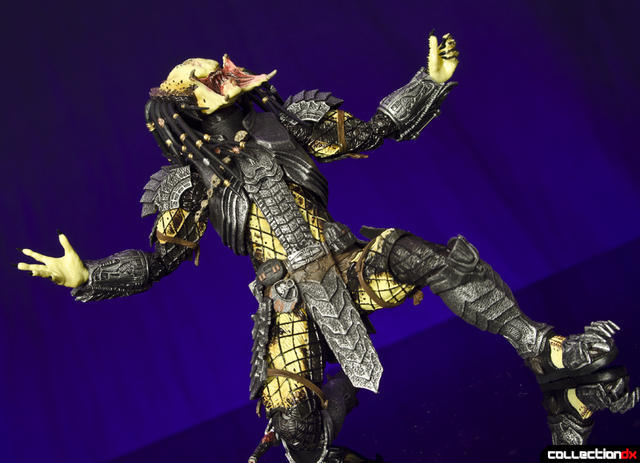 The new articulation is a HUGE improvement over the old predator bodies and allows for a decent amount of dynamic poses. I still have a few issues with articulation though, the neck is still pretty limited, and the torso ball joints are very restricted by the armor on Chopper and Scar. That said, Neca has always prioritized sculpt over articulation, and I think in this case, they struck a nice balance. 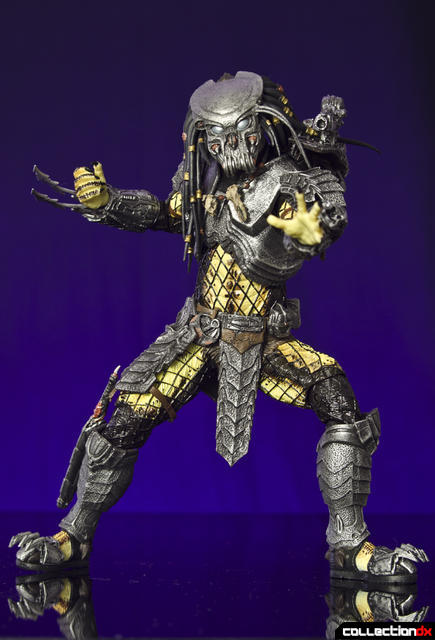 The paint in his wave seems to be on par with previous releases, and maybe just a little better. I had a few paint errors on mine, mostly in the webbing lines, and the decorations worn in the dreds, but nothing that's going to make me lose any sleep. Where this wave really excels is in the sculpting. These figures have an enormous amount of detail packed into them. All of the armor parts have a textured cast iron effect to them, and all of the webbing is sculpted on. Each predator also has a uniquely sculpted head and set of fetishes worn around the torso. 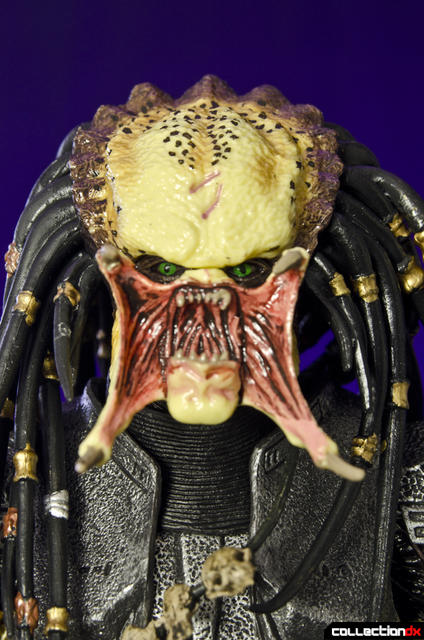 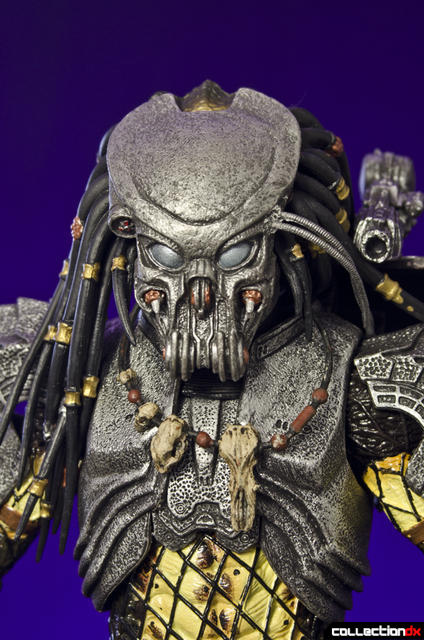 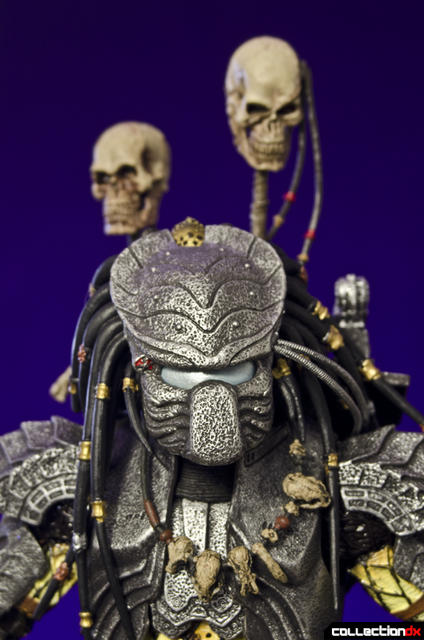 All three predators come with a knife that can be stored in a booth sheath, a back pack with cannon, and a shuriken. 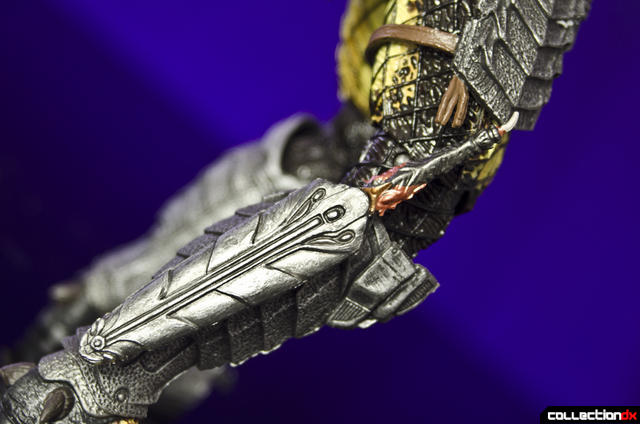 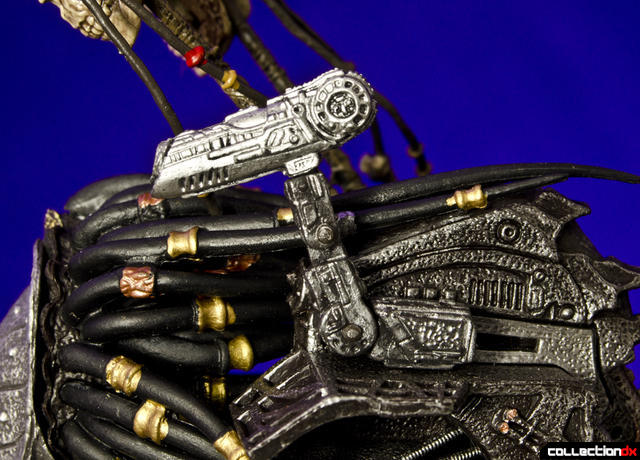 Both Scar and Chopper have an arm mounted computer that flips open. 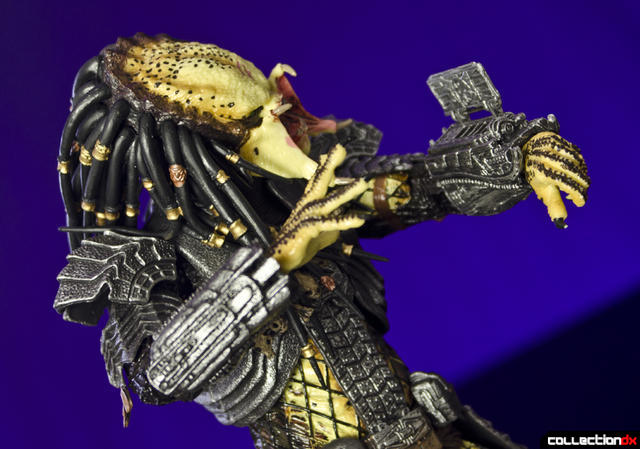 All three predators come with a spear, but only Celtic comes with a fully extended spear. 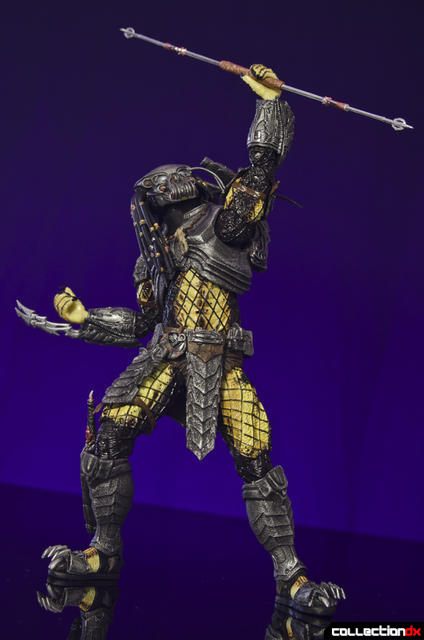 Chopper comes with several blades for his wrists (one long blade for each arm, and a set of retracted and extended blades for his right arm), as well as two skull totems that can be mounted on his back. 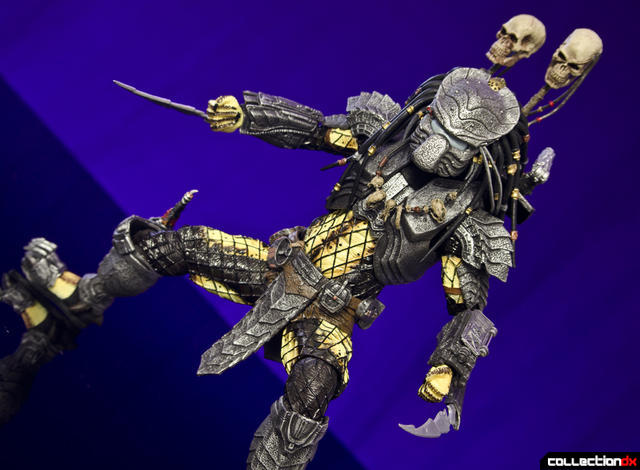 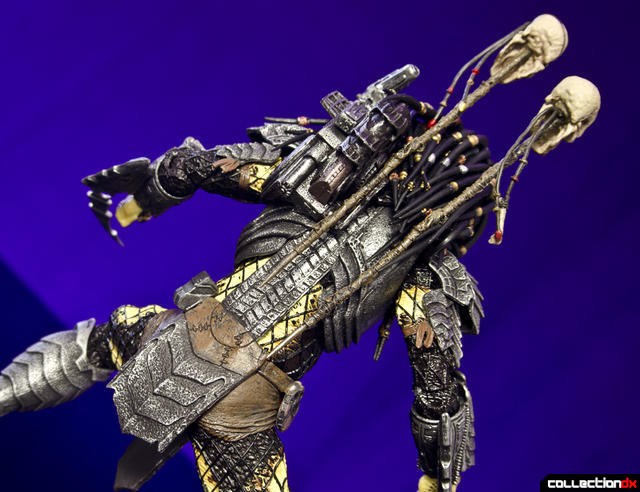 The figures stand about 8 1/2 inches from toe to top of helmet. They tower over other 6 inch figures, as they should, but are probably a little too big to be in proper 6 inch scale. They do scale perfectly with the Neca Aliens figures though. 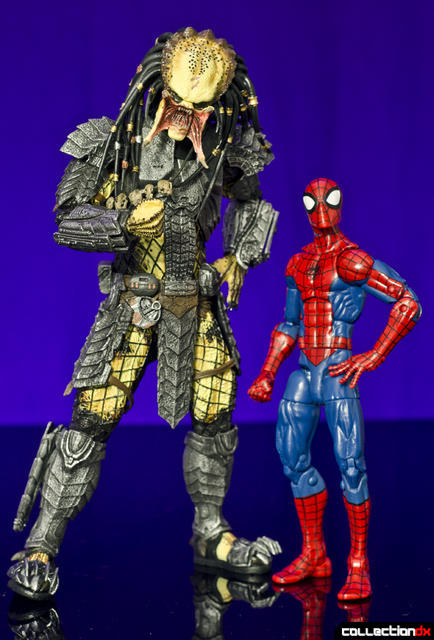 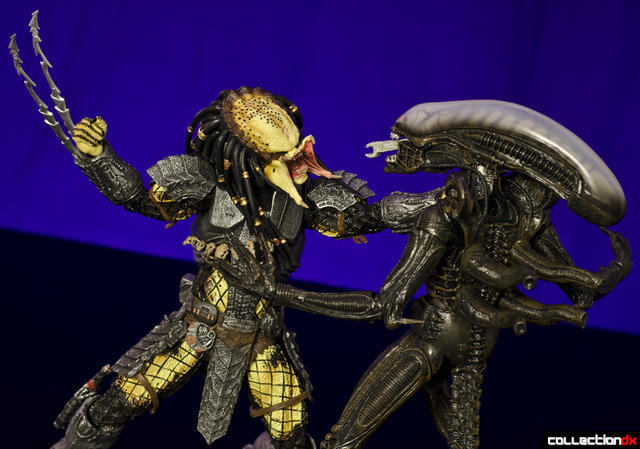 There are variation in the armor between the three figures, and while they still feel pretty similar, all three predators look pretty much the same in the movie save for the faces anyways. I have just a few complaints with this wave, the first being that, while I'm glad we get a variety of hands that can be swapped between the three figures (weapon holding hand, open hand, closed fist), it would have been really nice if each predator came with a complete set. As it stands, you only get two weapon holding hands to share between three figures. Scar and Celtic both come with a weapon holding hand and open hand while Chopper doesn't come with ANY weapon holding hand. That means that Chopper is completely unable to hold his knife, shuriken, or spear right out of the box. Also, the blades are made out of very thin, brittle plastic that is brutally unforgiving when it comes to being bent, and prone to snapping off if they snag on anything. 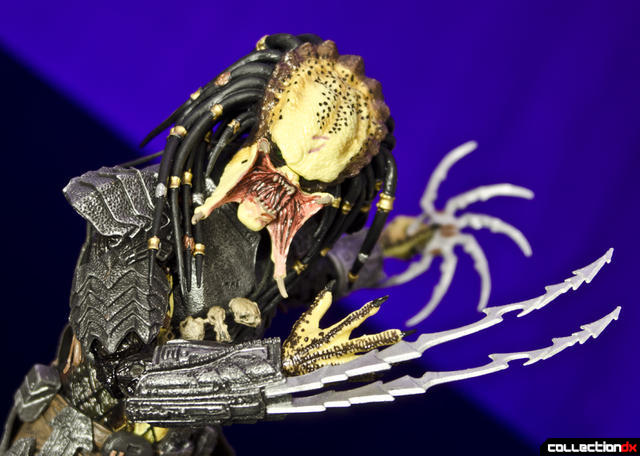 My last complaint is that the back pack and dreadlocks dont like to work together. When the backpack is on, if the predators head is moved left or right, the dreadlocks tend to pop the backpack off. This issue is the worst on Chopper who has his skull totems mounted to his back as well as his cannon. It's not a big deal, but it gets old after a while if you repose the figures a lot. 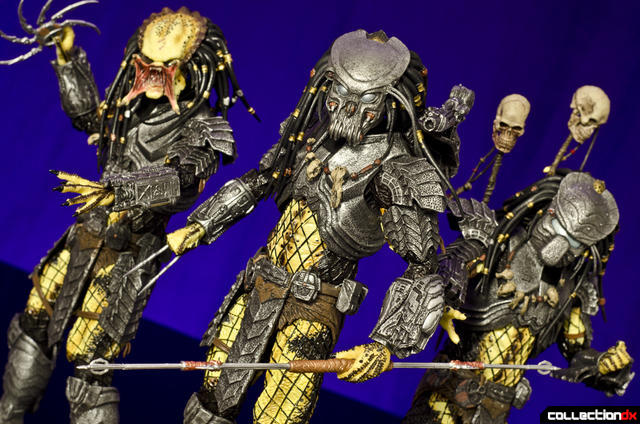 Complaints aside, this wave of predators may be one of the best waves of toys that Neca has ever put out. They look and feel like they could be much more expensive toys, and will be a very welcome addition to any predator fans collection. This wave also serves as an excellent jumping on point for new fans.