To be honest, I didn't know who Pote Snitkin was until I read the card. Talk about obscure! He's a "blink-and -you'll-miss-him" type of character who never had a toy in the original line. Apparently he was the driver of the second skiff on Tattoine. 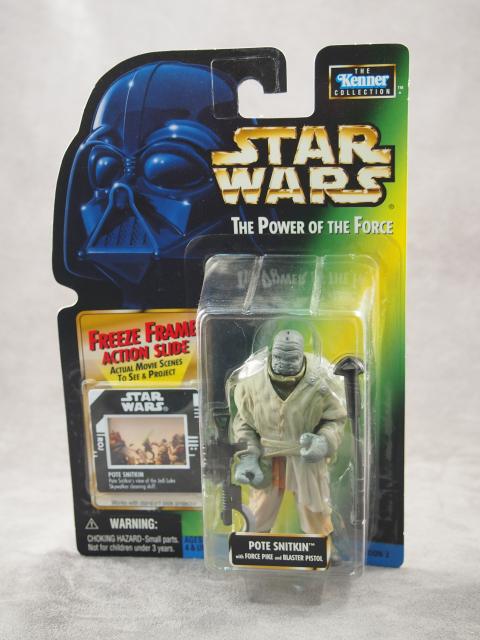 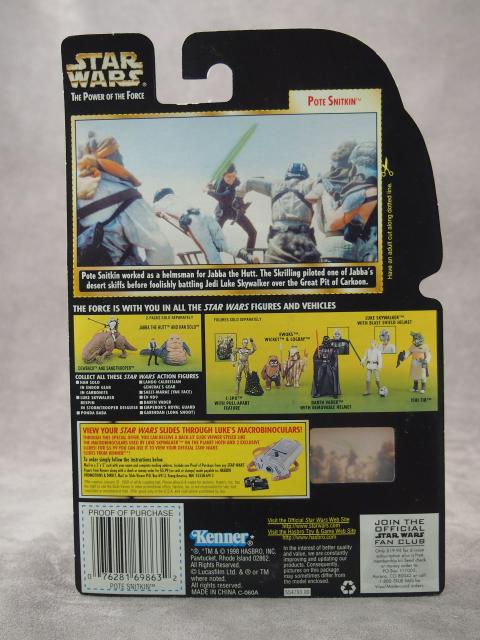 There's a picture here, but I can't figure out which one he's supposed to be. 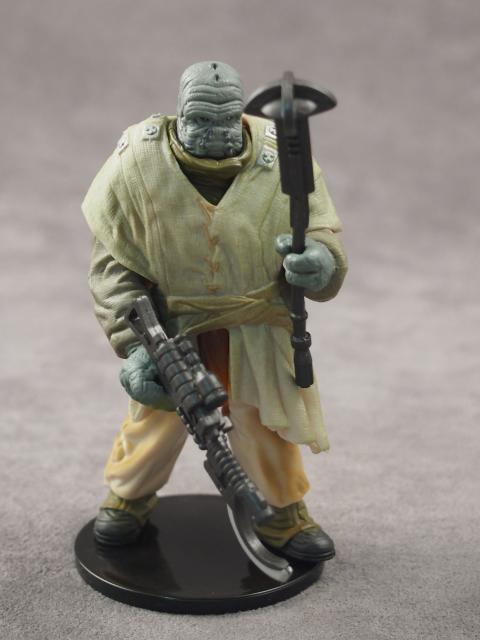 He's kind of an awesome looking figure, with lots of great detail and multiple molded layers. He includes a force pike and blaster pistol. The robe is removable. 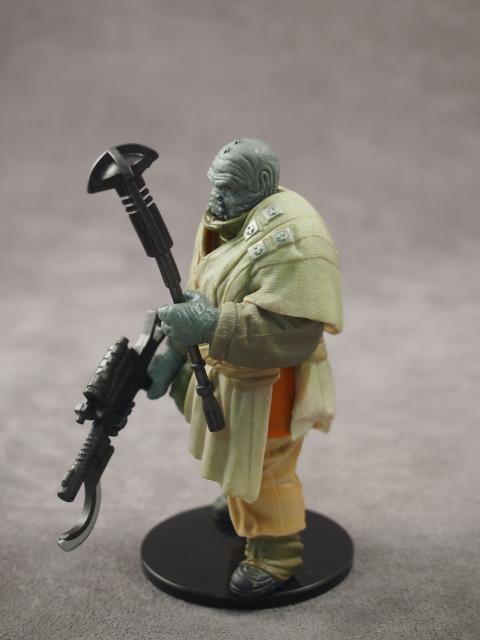 He does suffer from having a permanently bent elbow. 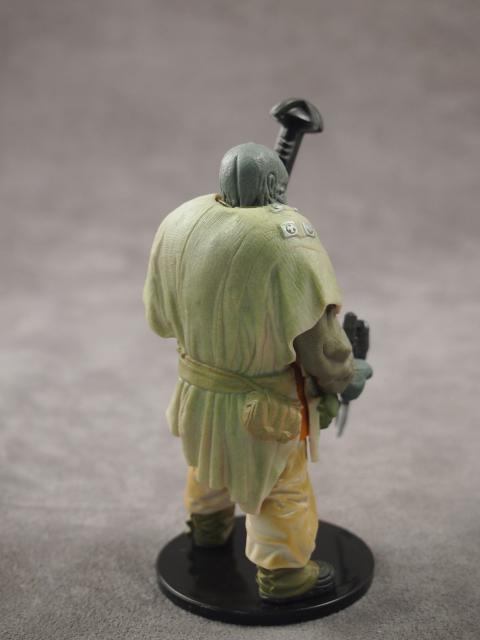 Overall a decent figure, and an early example of the great sculpting and detail that would define the line.