Big Garry was the base vehicle for the racers in the 1976 Japanese Anime Machine Hayabusa (マシンハヤブサ). In it, a team of heroic racers battled against evil racers with souped-up vehicles. I've never seen the show, but for some reason this Popynica was always very affordable. I'm sure that's changed now. It's a fun toy though. 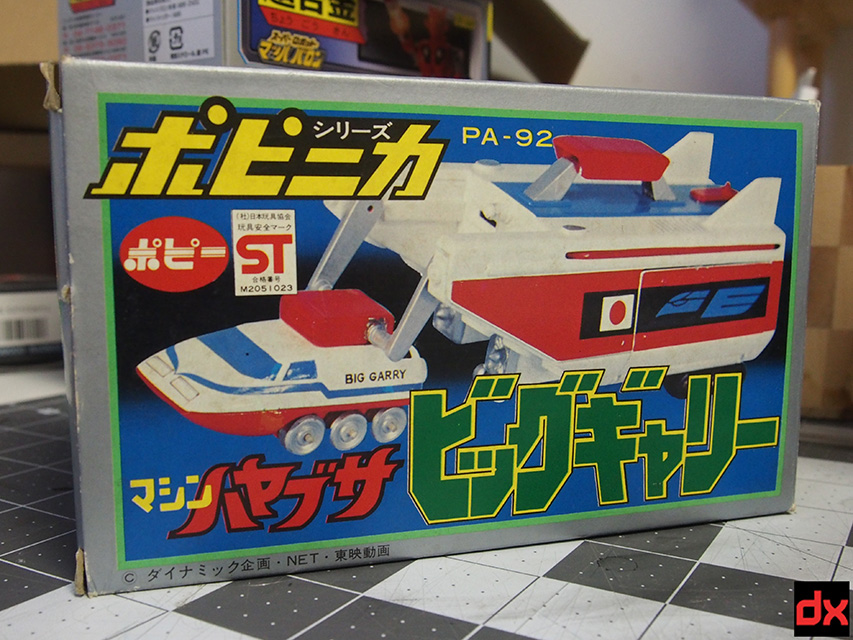 The box art depicts a prototype of the toy, with different wheels amongst other slight changes. 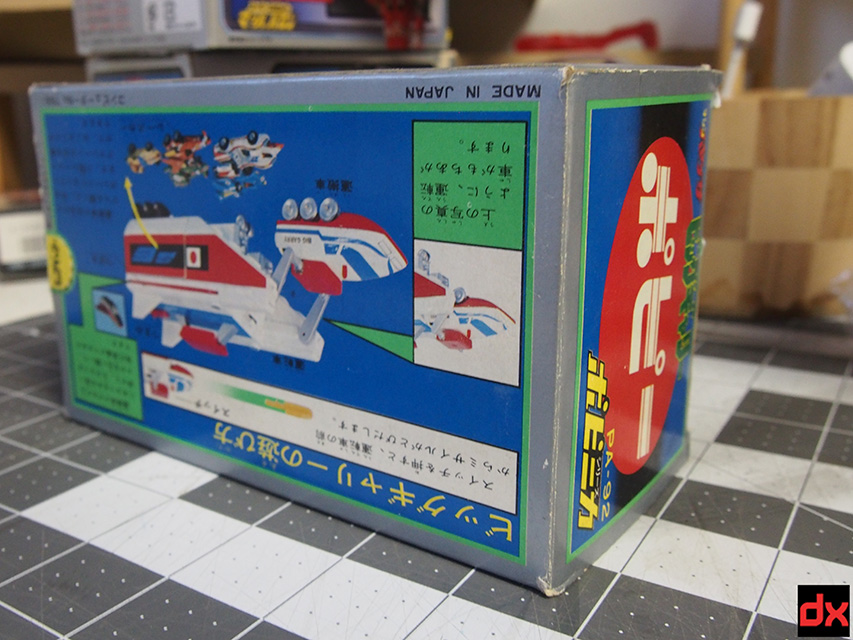 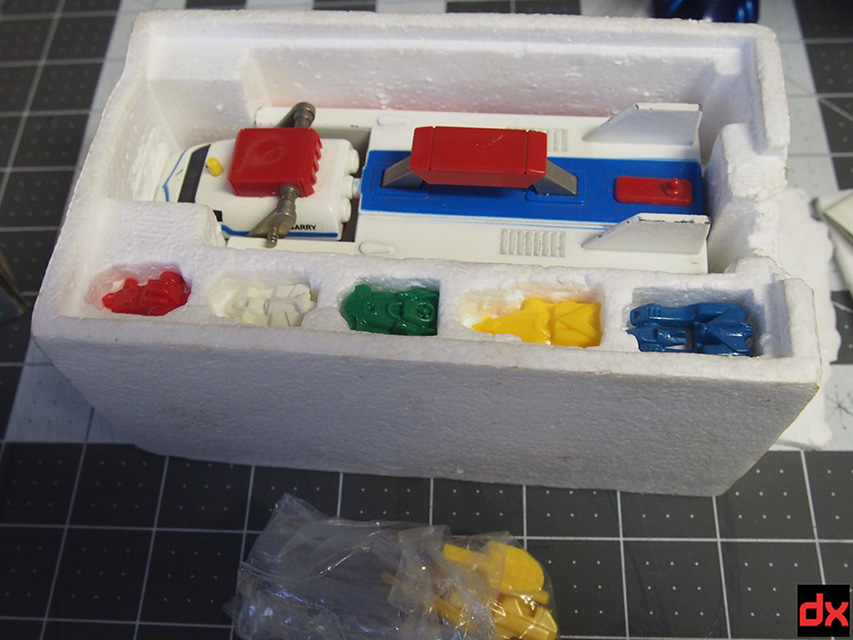 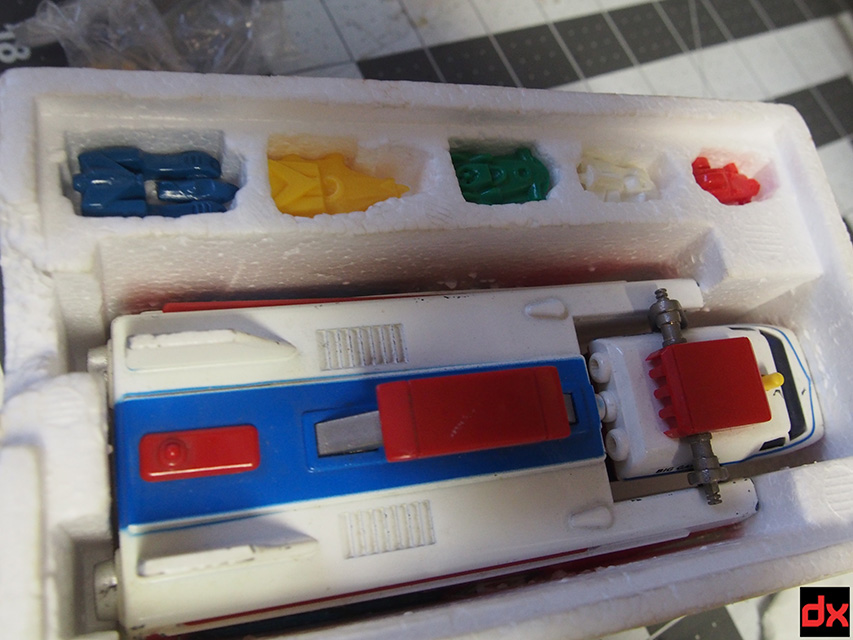 The truck had two modes, I believe ground mode and flight mode. Ground mode had wheels down for the cab, and for flight mode the cab would swivel into place by two metal arms. This action would also pop the wings out the sides. In addition, a chrome landing gear can unfold under the front of the trailer. 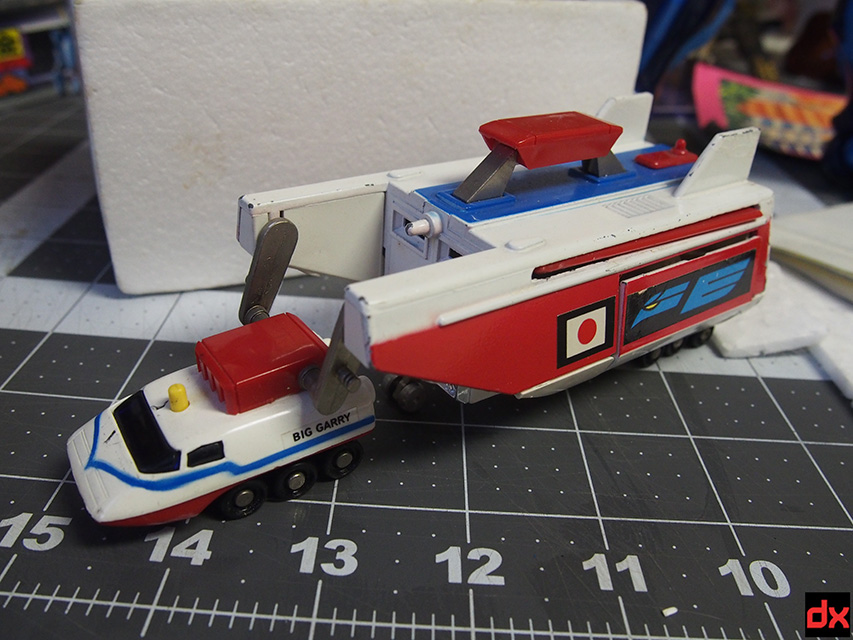 The side door could open up to reveal the race cars in storage. 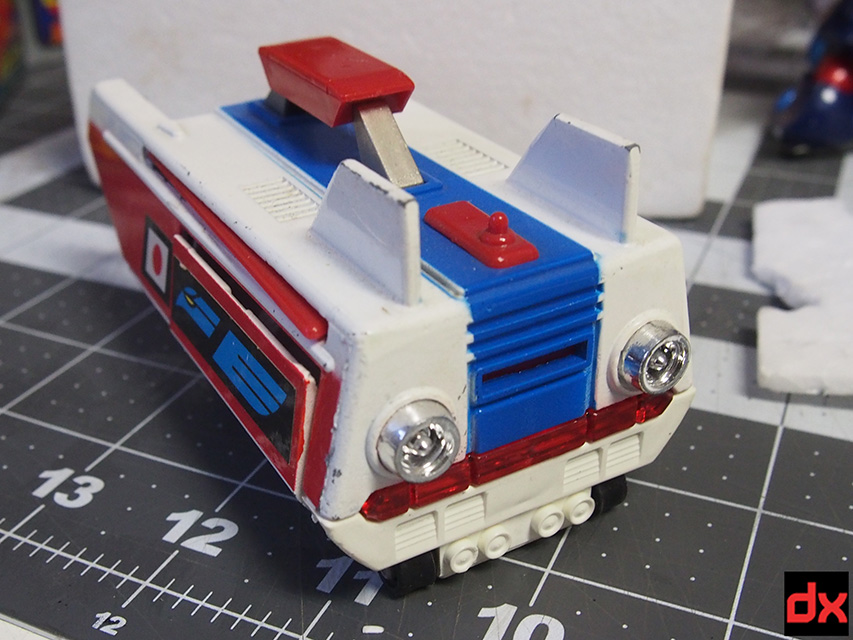 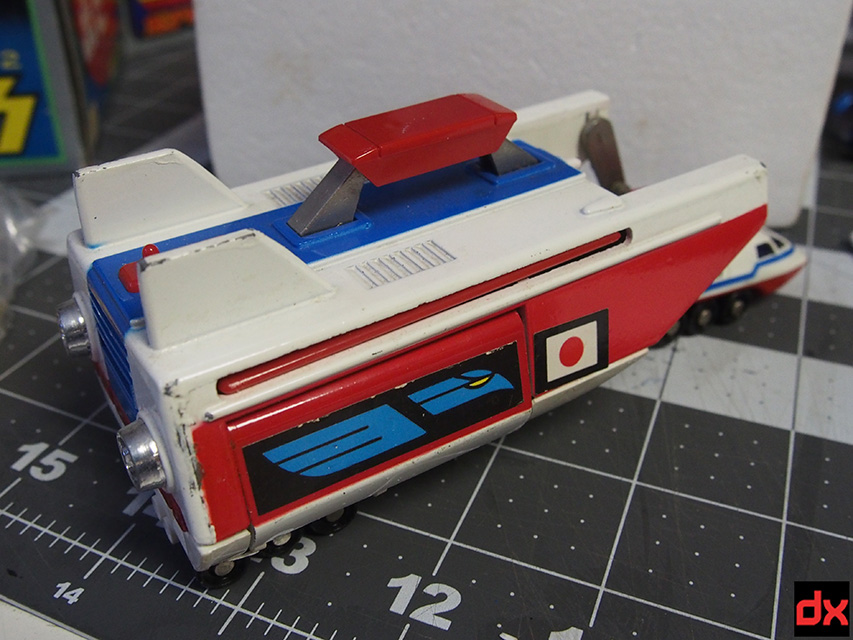 Yellow missiles could shoot out from under the cab by pressing the yellow button. 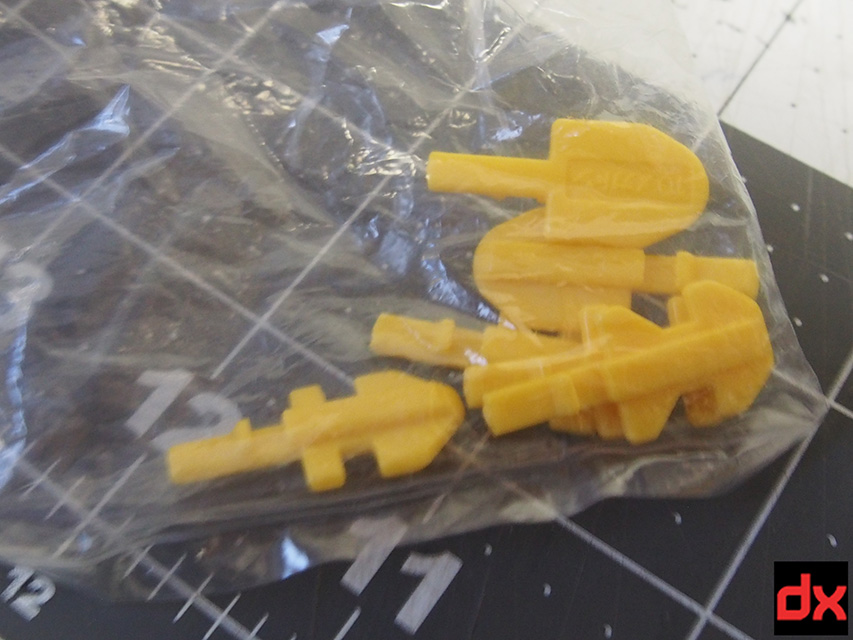