Inconsistencies drive me nuts. In Kenner's vintage line, Ponda Baba is known as Walrus Man. That's fine. As the POTF2 line came out with their vintage counterparts, they made sure to have their former name with it (see Garindan). But here, no mention of Walrus Man is mentioned on the name plate. 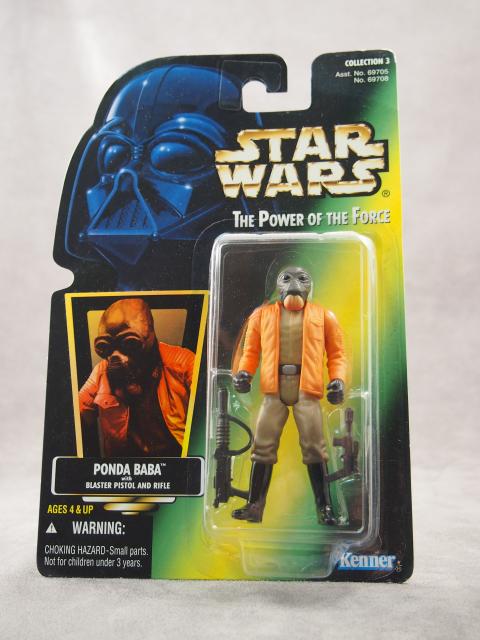 This is a later release of the figure with the foil sticker. 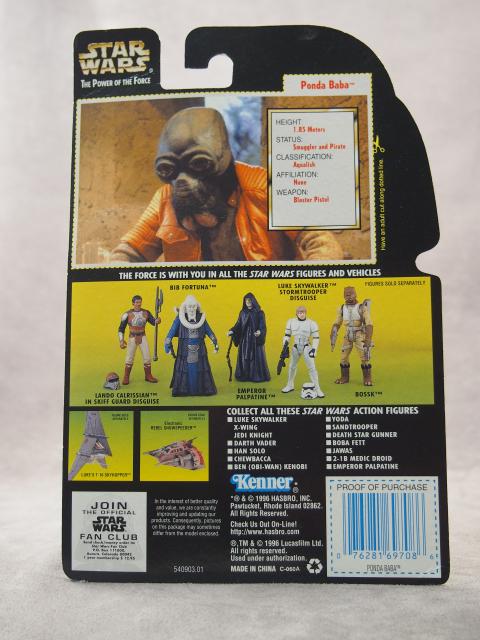 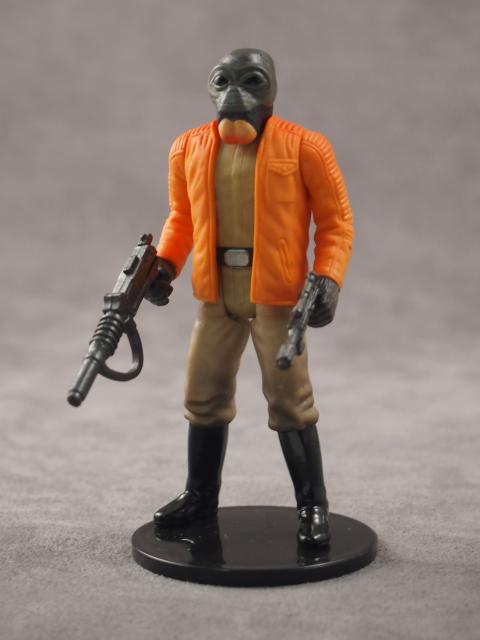 It looks much more like the figure did in the Cantina. The original figures didn't have a lot of reference material for the bodies, so the Kenner designers had to guess. There is also a discrepency on the hands for Ponda Baba. The design calls for aquatic looking hands, but the hand that is cut off in the film is furry. Later iterations of the toy would actually come with two different sets of hands to display as you wish. 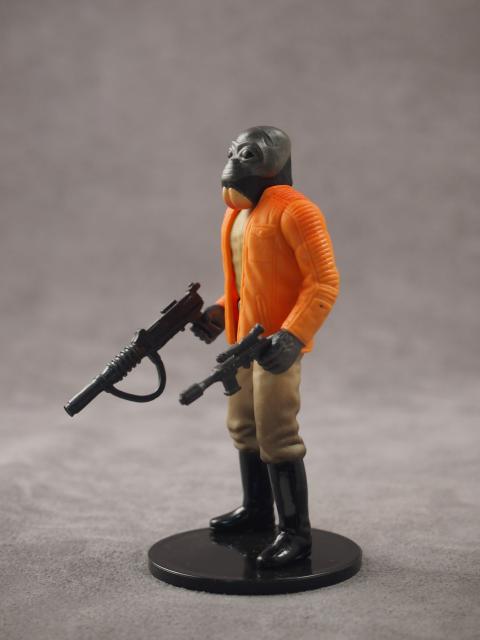 He includes two guns, in case he REALLY doesn't like you. 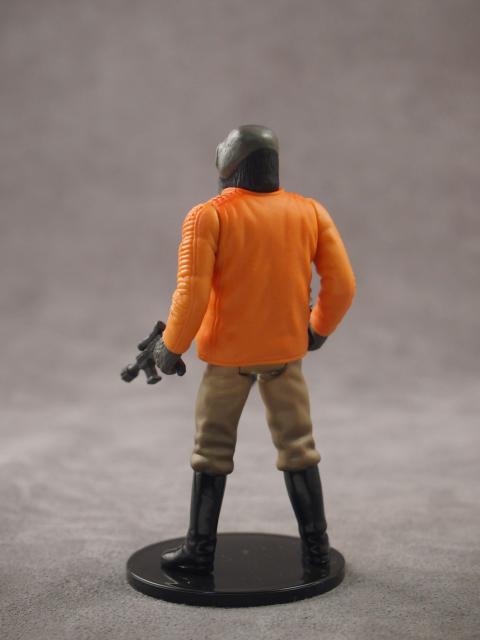