I'm one of the many people who have gotten sucked into the latest Pokemon video game series, X and Y. And with any new Pokemon game comes of course, new toys! Tomy was kind enough to send us a few of their new toys to tie in the with the game and I'm going to be taking a look at them.

First off is one of the biggest items currently available: the Pokemon Battle Arena.

The Battle Arena is a gigantic plastic stadium designed for two Pokemon figures to battle against each other, with loads of extra room on the stands for various Pokemon to watch as well. 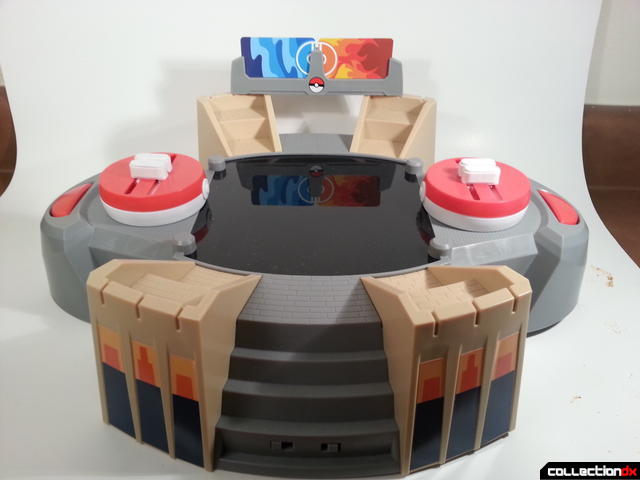 The black base is a giant spinning set of lights that can change color for a wide variety of displays and effects. It's a pretty interesting piece of technology, if a little loud. 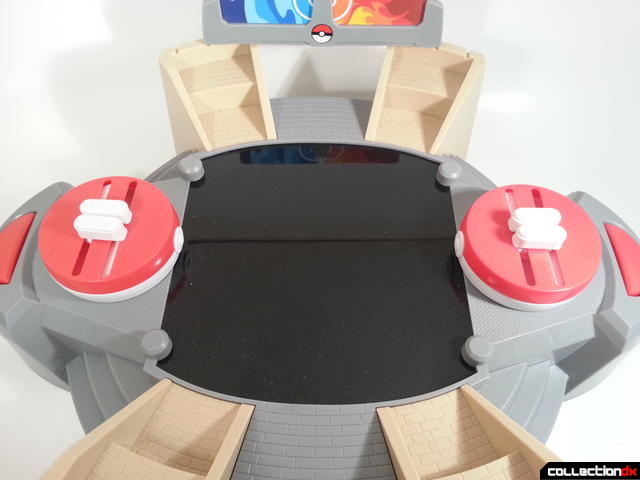 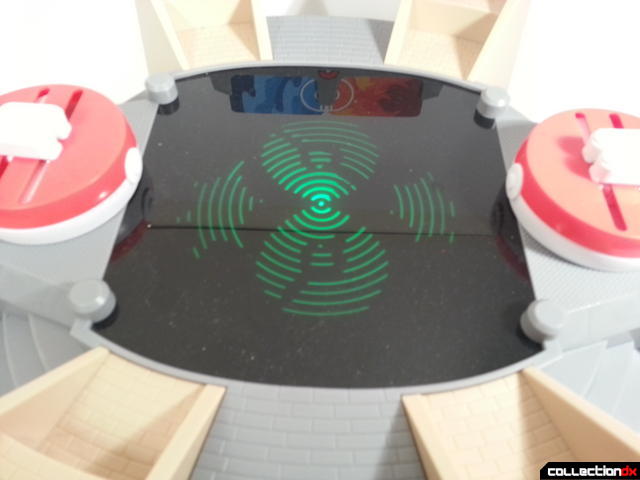 This set includes the three new starter Pokemon from the newest game: Chespin, Fennekin, and Froakie. Each one is your standard painted PVC figure and is well detailed for its small size. These are the same figures you can get through other toy sets as well. Also included are three Pokemon type tags which you can place at the top of the stadium to indicate your type in battle. 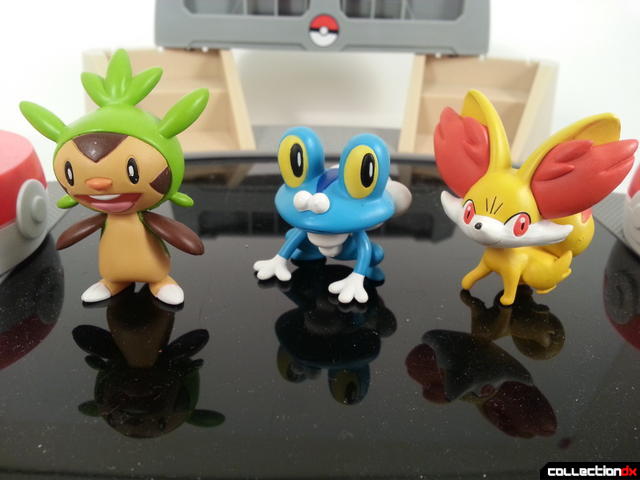 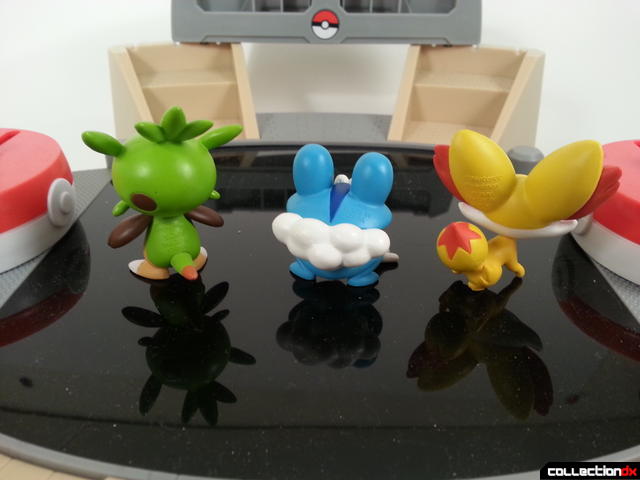 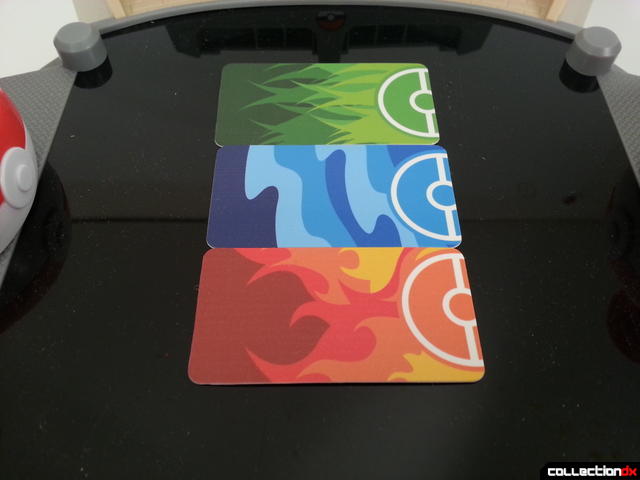 Another extra in this set is a pair of stands which tell you all the types of Pokemon that are in the game. You can use these as a bench or roster to hide your Pokemon from your opponent when you play. 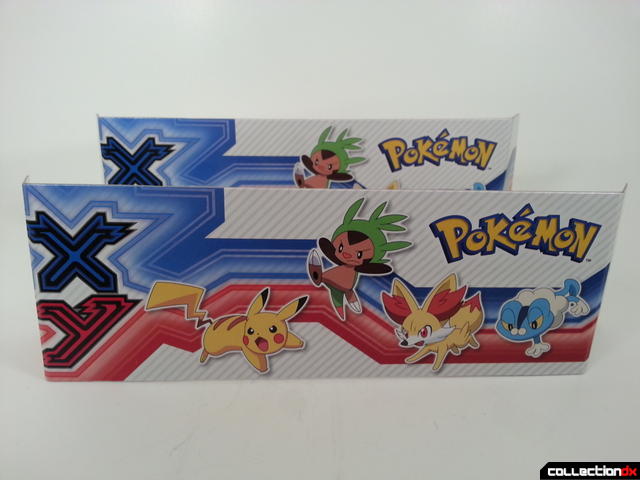 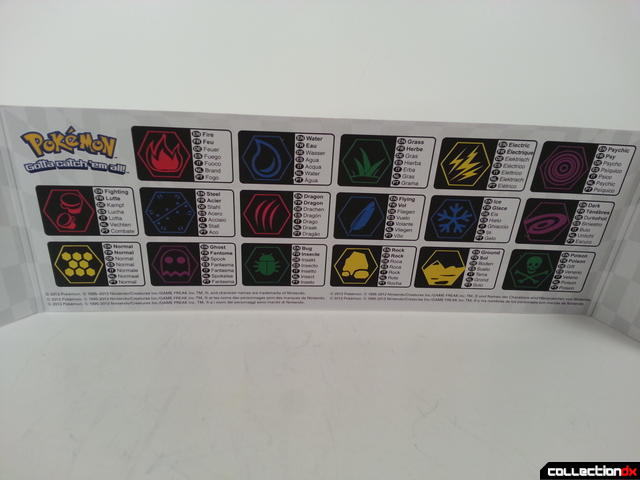 Actually battling is a pretty interesting and surprisingly in depth experience. You can play either single player or two player mode for this. You start off by placing your respective Pokemon on either Pokeball. They can be secured using a set of fastening tabs. 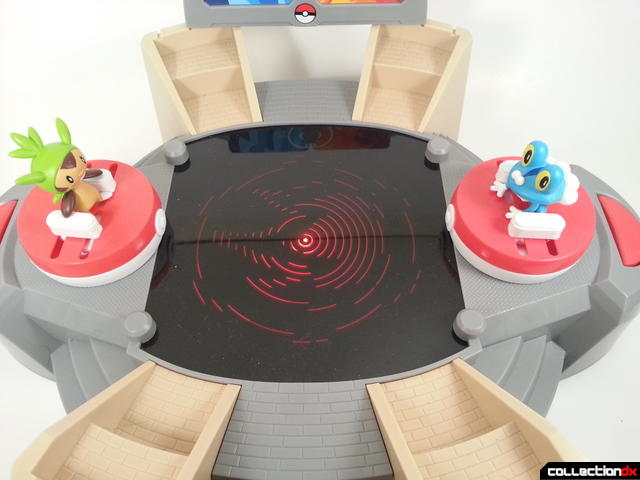 It can also hold various other minifigures solidly as well. 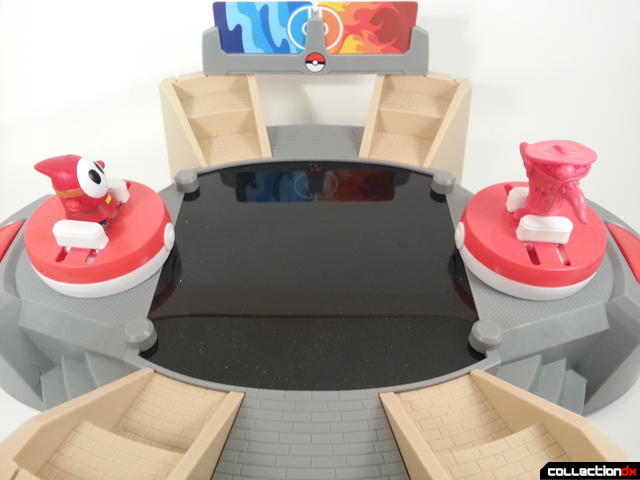 After that you select your Pokemon type. There is a ridiculous number of programed types in this device, a total of 17 different supported Pokemon types. Each one has a corresponding symbol which you have to select before starting your battle. 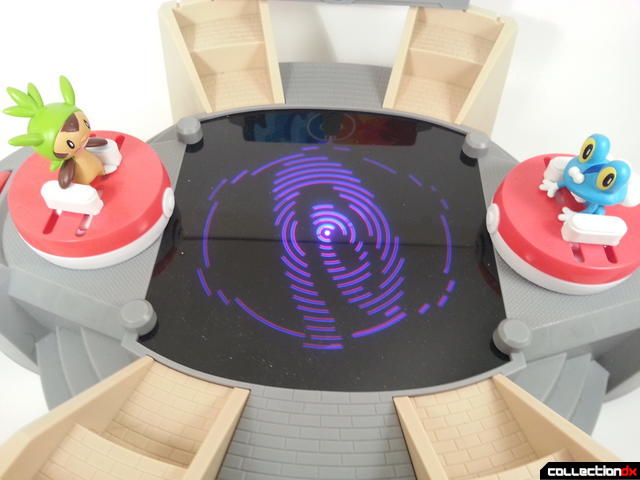 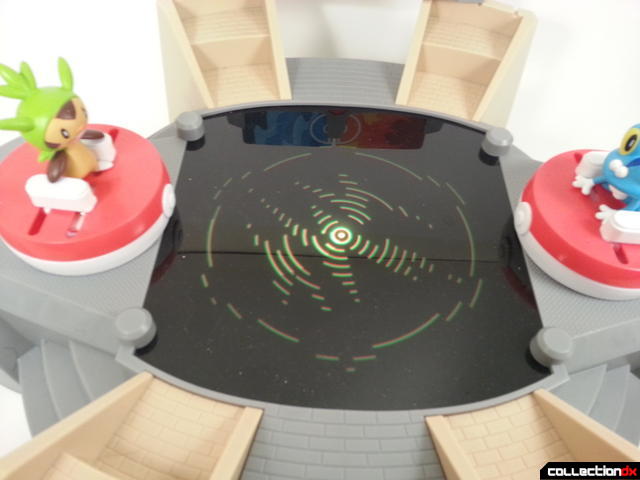 Actually attacking is a surprisingly engaging and exciting bit of play. You have to rapidly tap forward on the Pokeball in order to increase the speed of your attack before pressing the large red button. After that happens, the other player will need to react in time and tap back on the Pokemon in order to minimize the damage taken. First player who makes the other player's Pokemon faint wins. 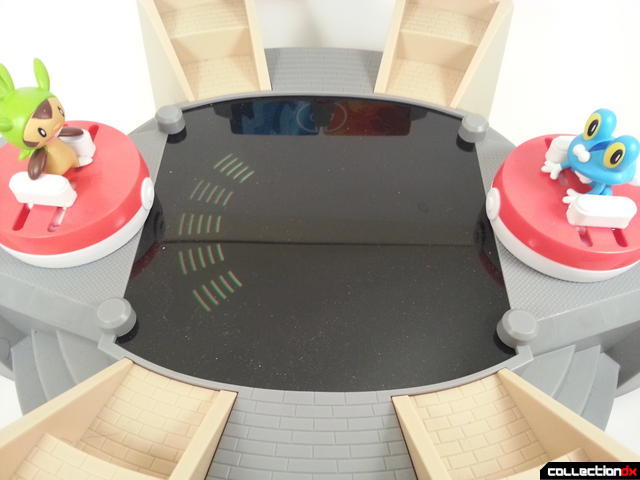 Playing the game in person was actually pretty fun and enjoyable. There is a lot of simple charm to this game that would definitely mean it would be great for kids. I imagine that this would make a great holiday gift this time of year that any Pokemon fan would enjoy. Definitely a great toy for kids at the least. 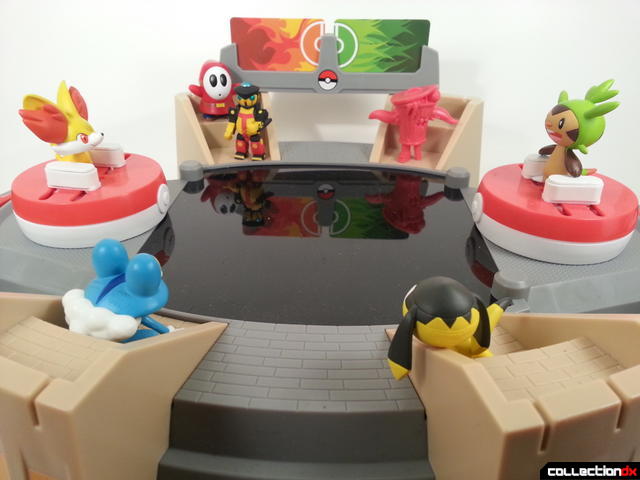 Words cannot express how much I would have wanted this as a kid. The look alone of that thing is fantastic. If I had the room for something like or little cousins who were into toys instead of video games I would buy it in a heartbeat. Alas...